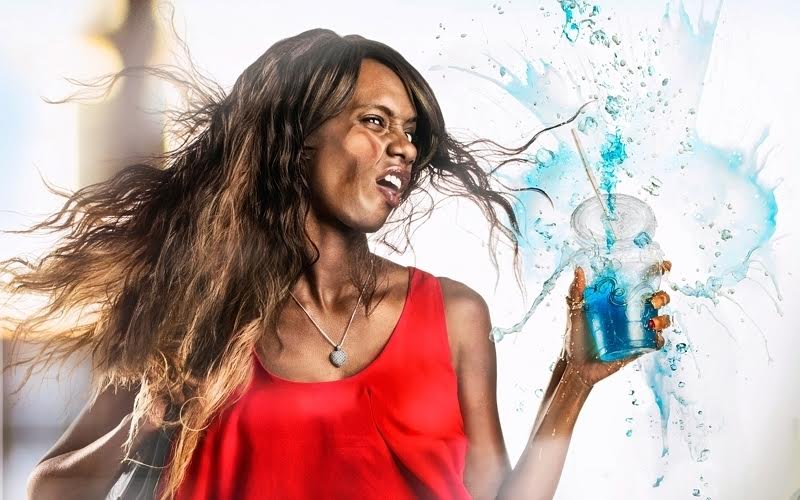 Behind the Scenes with Blair Bunting and an HIV Prevention Campaign

Blair Bunting is a commercial photographer who has made a name for himself shooting some rather huge brands, but when he isn’t doing jobs for Muscle Milk or Coors, he takes the time to shoot for causes he personally cares about. In this particular instance, it was a campaign for HIV awareness.

I told them I didn’t care what the budget was, that if they had a concept that could really help, I would shoot it no questions asked. It was then that they presented the concept that HIV is like an accidental obstacle that catches you off guard and those that contract it can never go back. The tagline was direct, “It’s only dangerous if you don’t know it’s there.”

The creative that they laid out for Blair was pretty much what he was hoping for:nHugely impactful and shocking images that had the tagline and no other copy. He signed on right away and started layout out how he would execute the images without harming the models.

The imagery consisted of a jogger that had just collided with a pole from a street sign and was watching as the rest of life carried on in the form of his headphones and even the jacket he wore, yet his life as he knew it was stuck behind the pole.

The second image was a young businessman that was walking to work doing a deal on the phone and had missed the open manhole cover that he was stepping into. For his motivation I wanted to convey that everything as he knew it was a split second from collapse and that the cup of coffee that was feeling the gravity would be his last enjoyment.

The final image was a female that was out shopping for the day and was walking into a store. She could see everything in front of her, but had missed the door, leading to an incredible crash into the glass crushing the drink in her hand and her face alike.

Here was the result: 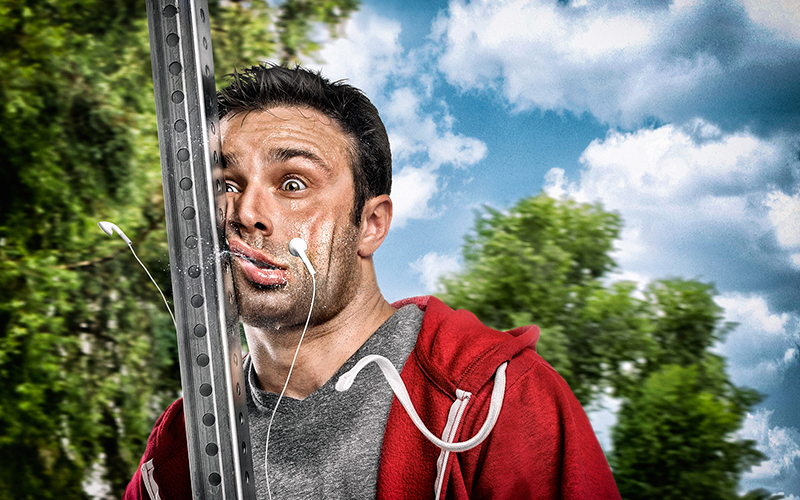 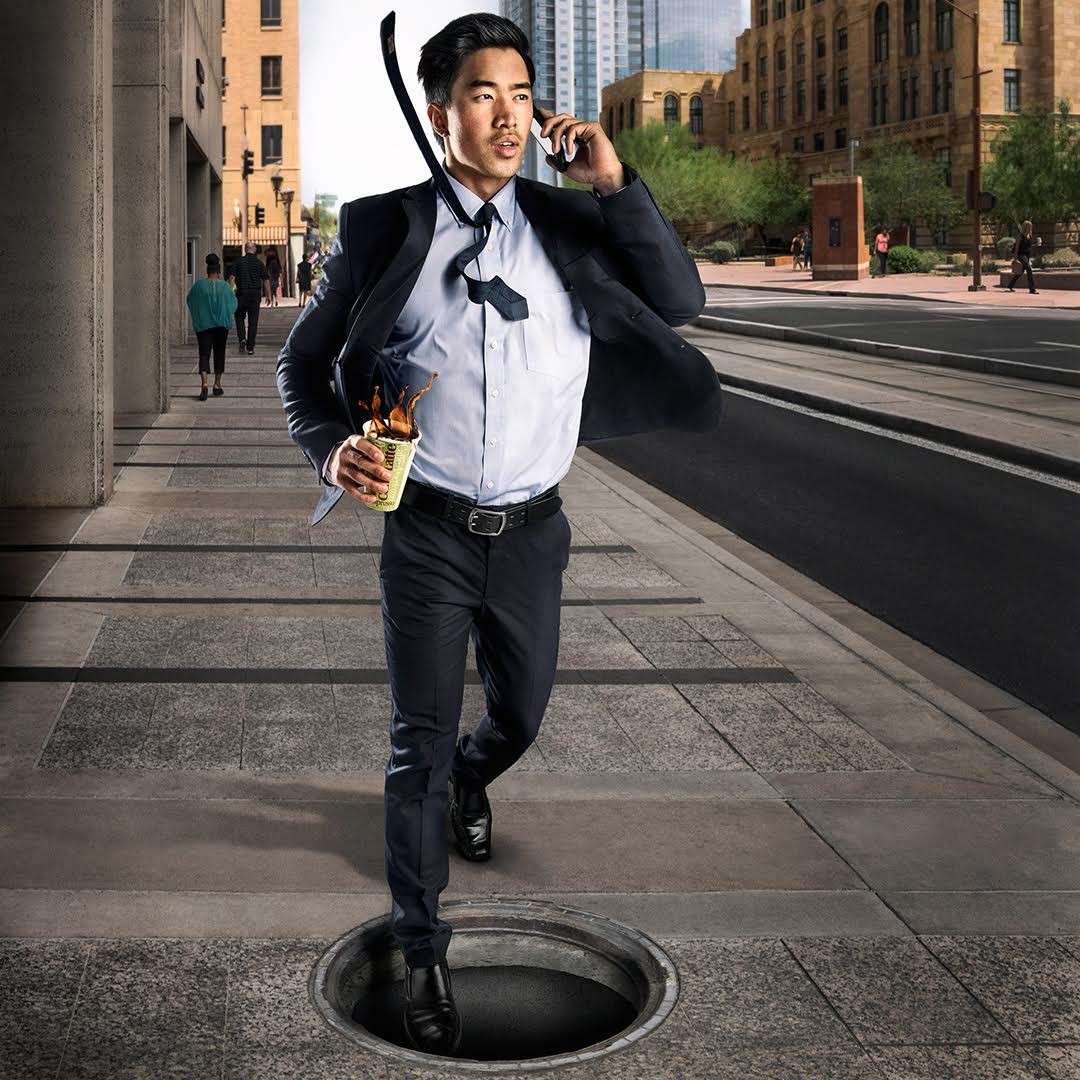 The impact of the images serves to shock the viewer into investigating a little bit further into the cause, and hopefully making them think twice in a situation that could lead to transmission of the disease. There are no awards of budgets that could mean more than knowing that you helped to save someone from a fate that would impact their life in such a dramatic way.

For the full blog post, head over to Blair’s blog.