Ok, so remember the Inspire Stick we saw back at NAB? Well, it’s finally coming to market and man, this thing looks sick. Called the Osmo, it’s an integrated camera and handheld stabilizer that can be operated with just one arm.  Using DJI’s signature three-axis gimbal stabilization technology, the Osmo eliminates the shake of traditional handheld devices, creating cinematic shots in an easy-to-use, easy-to-set up form factor. And it’s tiny. 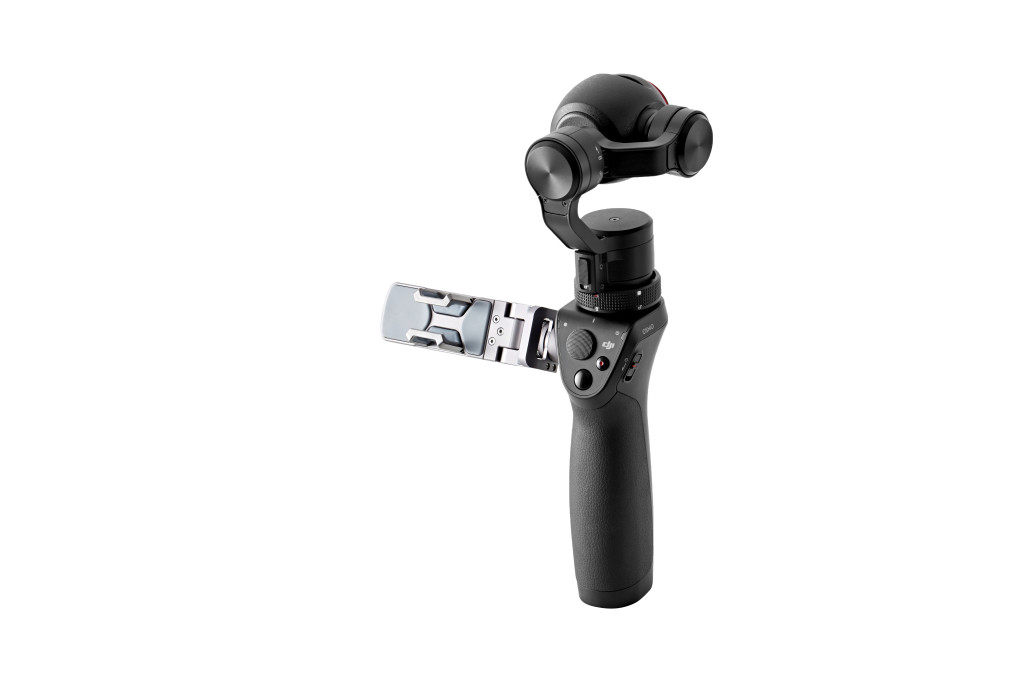 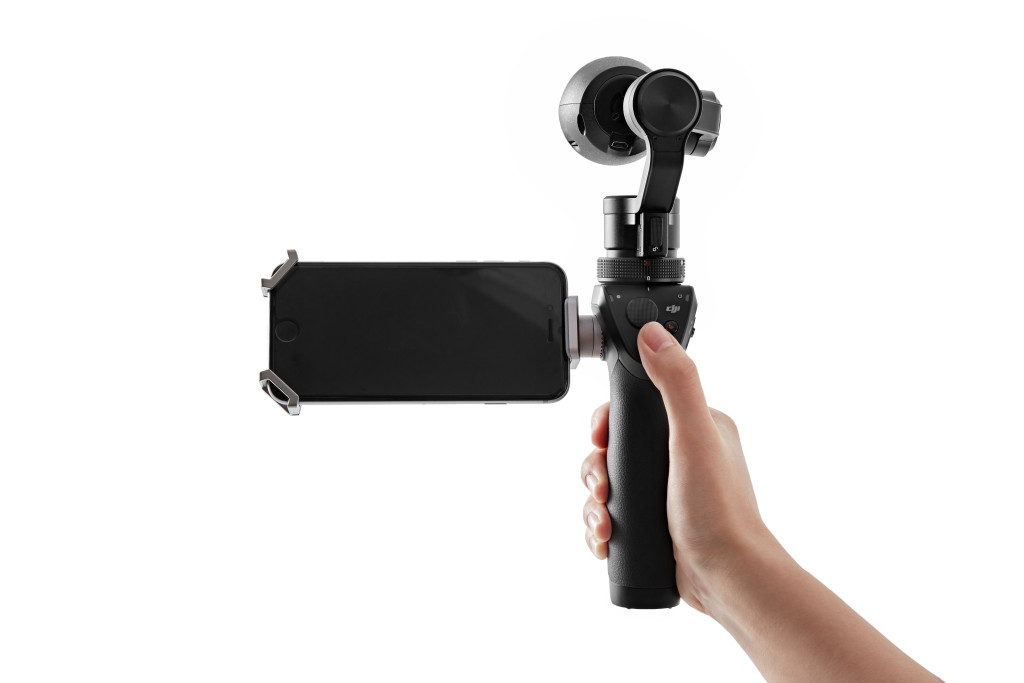 The modular format of the Osmo makes it fully compatible with DJI’s Zenmuse camera series, but comes standard with a 4K, 12-megapixel camera with a 1/2.3” sensor and a 94° field-of-view lens. Intelligent controls built into the handle make changing between shooting angles, capturing photos or recording video effortless.

Creators can view live images of what the camera captures, adjust camera settings and control smart filming functions including –

Its onboard universal mount works together with an included smartphone holder in addition to other optional accessories including a tripod, a bike mount or an extension arm. The Osmo handle comes equipped with an on-board stereo microphone, as well as a 3.5mm audio jack for recording professional-quality external sound.

The Osmo handle, which can be bought separately without a camera, is fully compatible with DJI’s existing Zenmuse series, making it the perfect accessory for everyone who already owns an Inspire 1 with a Zenmuse X3, a Zenmuse X5 Pro or a Zenmuse X5 Raw. The Osmo is available for pre-order at store.dji.com for USD $649 and GBP549 and will begin shipping October 15. Additional Osmo accessories include:

Want to see some sick footage captured with the Osmo? Check it:

Since shooting on my iPhone a lot recently, I’ve become enamored with the tiny form factor and ease of use. It lets me fully focus on getting the shot, not fumbling with enormous gear. The Osmo is the total embodiment of that idea, and I want it. I want it badly.