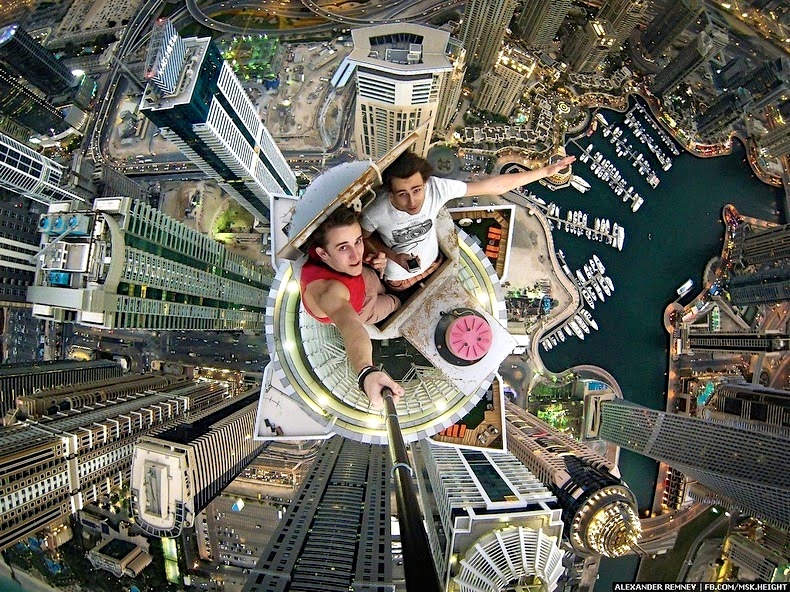 Dying for Fame: The Popularity Contest That is Modern Internet

Articles on death-related selfies are popping up all over the internet, and not in the way that some would prefer (like the much happier story, death of selfies). People have always wanted fame, but recently we’re seeing a new way in which people are literally (proper use of the word) dying for it. Introducing: the life-or-death selfie. It has taken people (and by people, I mean the largely teeneage to young adult demographic) by selfie-storm, and has grown into a sort of global epidemic. It is uber-vanity hitting a new plateau amongst the millennial and Gen-Y’ers. And it’s not just an American phenomenon… or Russian… or Japanese – it’s happening everywhere! We are talking a strange, new, world-wide phenomenon hitting countries from Spain and the Philippines, to the U.S., South Africa, India, Poland and Russia. 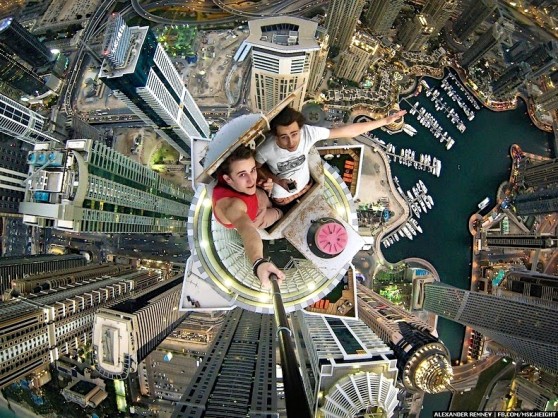 If you simply Google “selfie deaths”, the first thing that pops up is a recently created Wikipedia page entitled: “List of Selfie-Related Injuries and Deaths”. I mean, who knew that the term “selfie” would not only turn into an overdone trend, but into a means for which people are accidentally killing themselves. 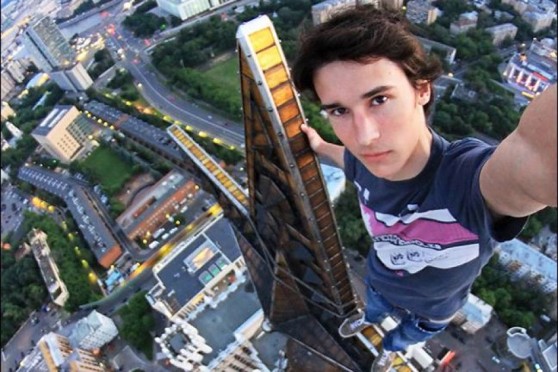 “Honestly, I don’t think they these kids realize the seriousness of what they’re doing,” a friend recently said to me. “I don’t think they realize that they are actually putting their lives at risk… they just think what they’re doing is adventurous, daring, and fun – like they see in the movies and video games.” Responses to hearing stories of kids scaling buildings, phone in hand, like this seem to be the overwhelming majority. But is it that simple? Is it that the ones injuring or dying from self-related situations are simply not aware of the consequences, because of a hiccup in their minds between reality and imitated realities? Perhaps certain youngsters believing in their own invincibility? A mesh of varying, complex reasons?

No matter which way you frame it, no one can argue that there is a strange rise in the numbers of selfie-related injuries and deaths, and that more and more teenagers and young adults are on a brazen quest to take dangerous – and sometimes life-ending – photos of themselves. Whether it’s holding a loaded gun to one’s head, or teetering on the edge of a 10-story building, all of these are done simply in an effort to post the image to social networks like Facebook, Twitter, or the highly-popular selfie-medium, Instagram.

As this recent epidemic (and yes, I will call it just that) spreads and catches more and more media attention, articles (like this) or making headliner news, from “Selfie Deaths Have Killed More People Than Sharks This Year”, to “Ultimate Selfie – Worth Risking Your Life For?“, and the like. Ultimately, this risky behavior stems from something, and I do think one of the man reasons is the desire for some – born into the digital age – is to create epic pictures that ensure the racking up of likes and followers on social networks. Seems obvious? Well, let’s go deeper than that. 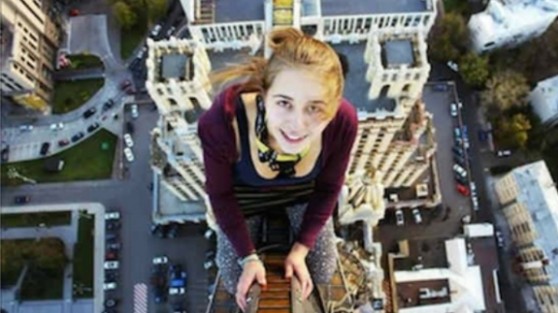 I’m sure sociologists are having a heyday at this point, but if not, maybe they should. It seems that beneath the seemingly self-absorbed act of taking these dangerous selfies lies not just a mass of shallow millennials, but an infectious and deep-rooted insecurity for the desperate need to be liked and followed; the need to stand-out, to be likeable, to be as much of a “unique individual” as possible in order to stand apart from the white noise of social media, as each user is competing, so to speak, with millions and millions of others for attention. 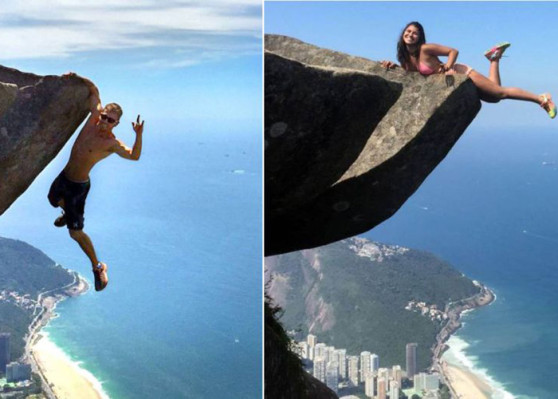 Unfortunately, I don’t have any solid answers to this, though I’d be highly interested in others opinions or thoughts (see comments section below, but remember, this is a sensitive issue, so please keep that in mind). There are obvious underlying sociological (as a whole) and psychological (on an individual level) issues at play here; issues by which surround today’s youth, who’ve grown up with social media, and in particular, The Big 3 – Twitter, Facebook, and Instagram.

But we can’t solely blame social media either, as though social factors and pressure have their pull, so too does individual choice and responsibility. I mean, none of us are immune to the pull of social networking, let alone the selfie snap here and there, but what is it that turns some of us into selfie-obsessors? Even more, those who’ve upped the selfie- ante and sadly, ended their short lives because of it?

Honestly, I don’t have a clue as to how to even slow this trend down, but I’m hoping that by bringing not just the facts to life (as most articles I’ve seen online are doing), but rather, by opening up a discussion on why this is happening in order to figure out how we can even begin to go about changing it; to stir some into thinking rather than reacting. Sure, liking and sharing is great – after-all, we are social creatures and it is innate within us to want to like and share, but effectively thinking about these social issues and sharing insight or starting a real conversation should take precedence. 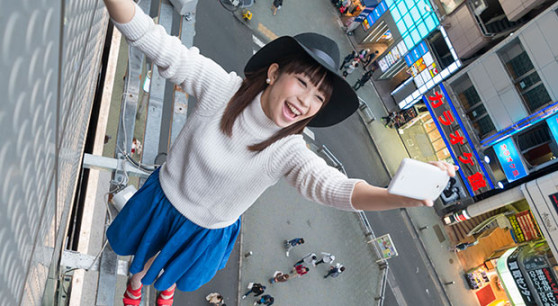 After-all, it doesn’t hurt to explore possible roots to the problem which can vary from: our youth’s obsession with fame and attention-seeking behavior, the increasing desire to be liked/adored/famous, and media’s role in saturating our world – with a particularly strong influence on impressionable youths – with glorified images of celebrity culture, and further, the fairly recent explosion of “celebri-don’ts” – the celebrities infamous for being famous for absolutely next-to-nothing, the latter of whom use similar platforms like IG and FB to stay relevant with their audience/fans.

Whichever way you look at it, accidental deaths as a direct result of attempts for that “epic selfie” seem senseless; they are senseless, really. But often these kids are anything but, and this begs the question: What is really the deeper problem – both on a whole and individualistic scale? And furthermore, is there anything we can even do about it? 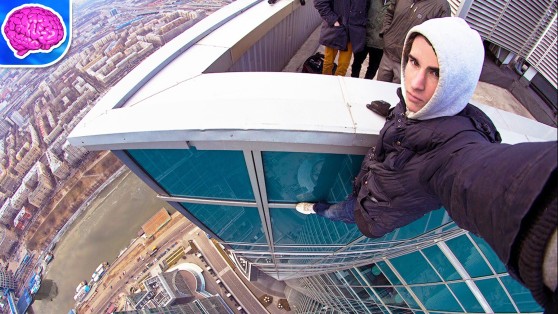 *On a lighter note, here’s some selfie inspired images to make you either laugh, or shake your head in shame: 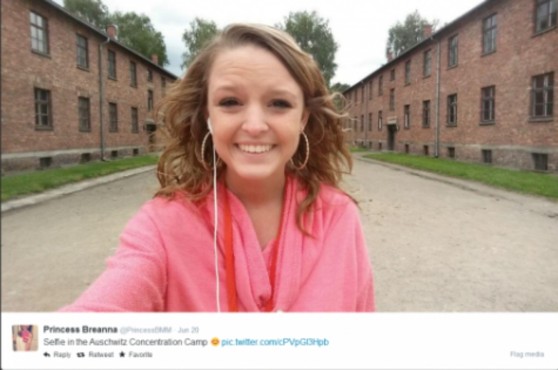 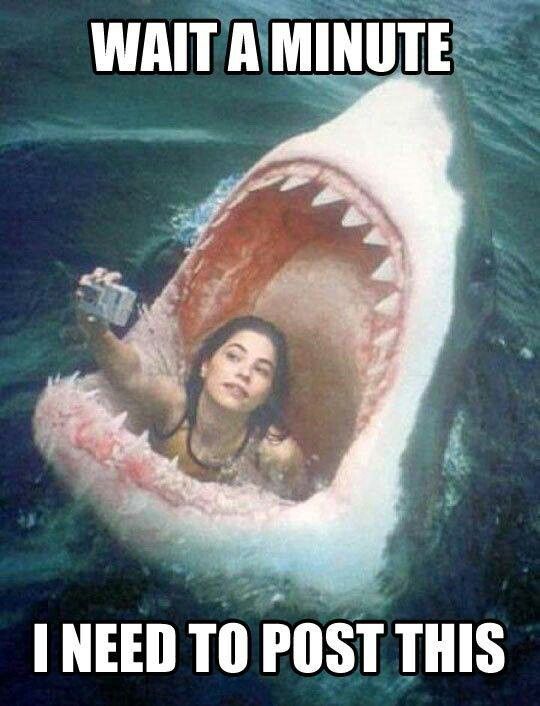 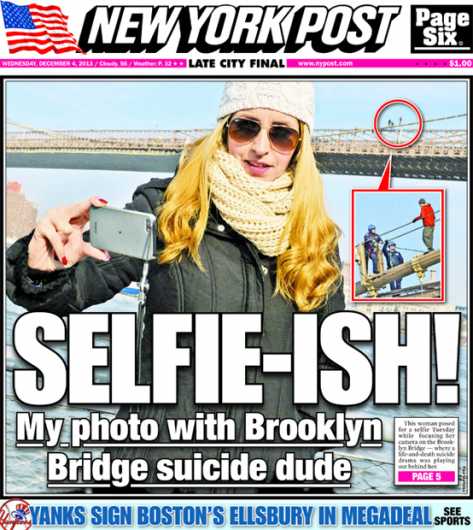 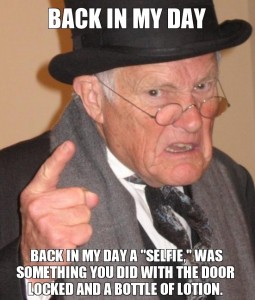