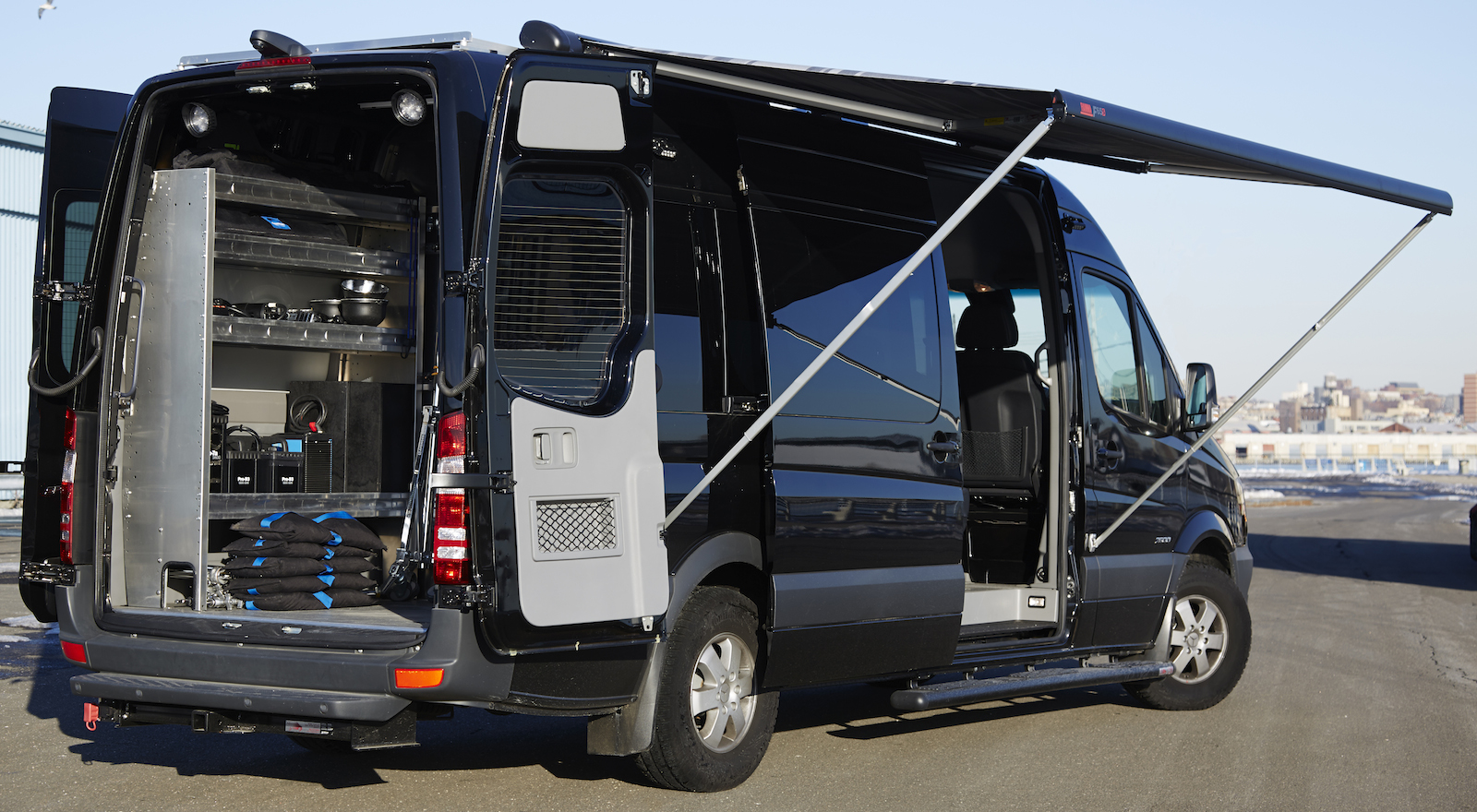 SmartyVan Cuts Costs In Half

When shooting on-location, producers have a horrifically long list of responsibilities: scheduling and call sheet, equipment rental, talent and client relations, casting, contracts, permits, catering, budget, paperwork and more, all with thousands of dollars on the line. But with the technology and resources we have today, is it possible to fill this role with something that doesn’t allow for human error? The short answer is no. However, there are ways to optimize your producer’s role so he or she can focus solely on the important aspects of the shoot, rather than the little things that can make or break a day on set.

Introducing: SmartyVan—a new and easy way to get your production up and running.

Founded this year by a photographers Christoph Lange and Rene Schmitt, SmartyVan consists of a solar powered Mercedes-Benz Sprinter that’s customized to fit the needs of your photo production. Equipped with everything from an experienced driver to all the gear you need for an incredible day on set, the van can accommodate up to 11 passengers with plenty of storage space to spare. Additionally, you’ll find a multitude of outlets, and rotating chairs for hair and makeup with a built-in mirror. Throughout the past year, the company has already seen clients such as Tommy Hilfiger, Moko Bambini, Playboy and more.

Built on the idea of all-in-one service, the concept formed after its founders noticed a decline in Hollywood-sized budgets and the expensive motorhome rentals that come with them. Specifically, it all began while Lange and Schmitt were working on a shoot with Vogue about two years ago in New York. There was a motorhome on set, and the crew struggled to reach different locations across the narrow New York streets. Lange explains: “Rene said to me, ‘You know, we should think of something like a luxury car—something that looks good, feels cool and drives well, but can easily accommodate multiple locations.'” Lange goes on to explain that SmartyVan is not designed to be a replacement or competition for the motorhome, but rather an addition that’s capable of transporting a production crew and their gear to different sub-locations throughout a shoot day. “Then all the hassle for the producer would be gone!” Lange exclaims. 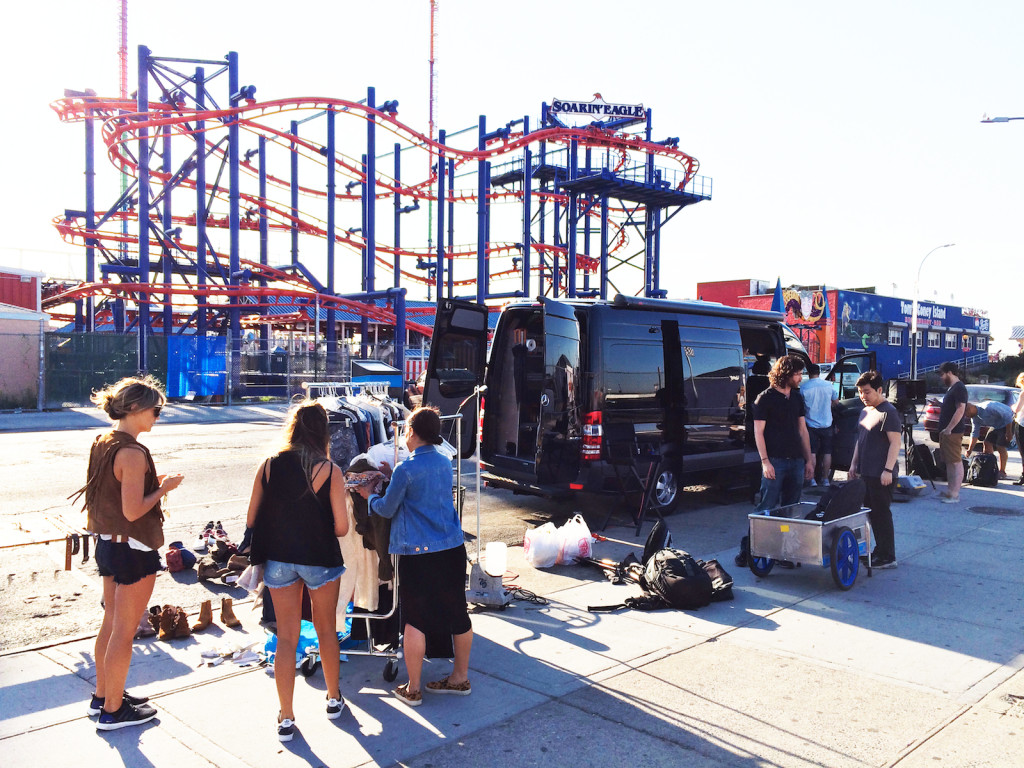 After the idea was sprouted, the next step was to find a body shop to customize a van. “First, we looked into what kind of car of van we wanted, and since we’re both Germans we went for the Mercedes,” says Lange with a laugh. “We checked out a few places in Manhattan that make super luxury vans with plasma TVs and refrigerators. And we also really liked the work these places did on car seats, but we realized we needed were solar panels,” which have become the foundation of SmartyVan’s vision for a cleaner, more efficient world. Ultimately, after finding the proper shop, it took about half a year to build the van, complete with outlets on the inside and outside—but with no generator and practically no noise. “Our vision is to bring SmartyVan to LA, then to Paris, where there is a huge concentration of art directors,” Lange concludes. 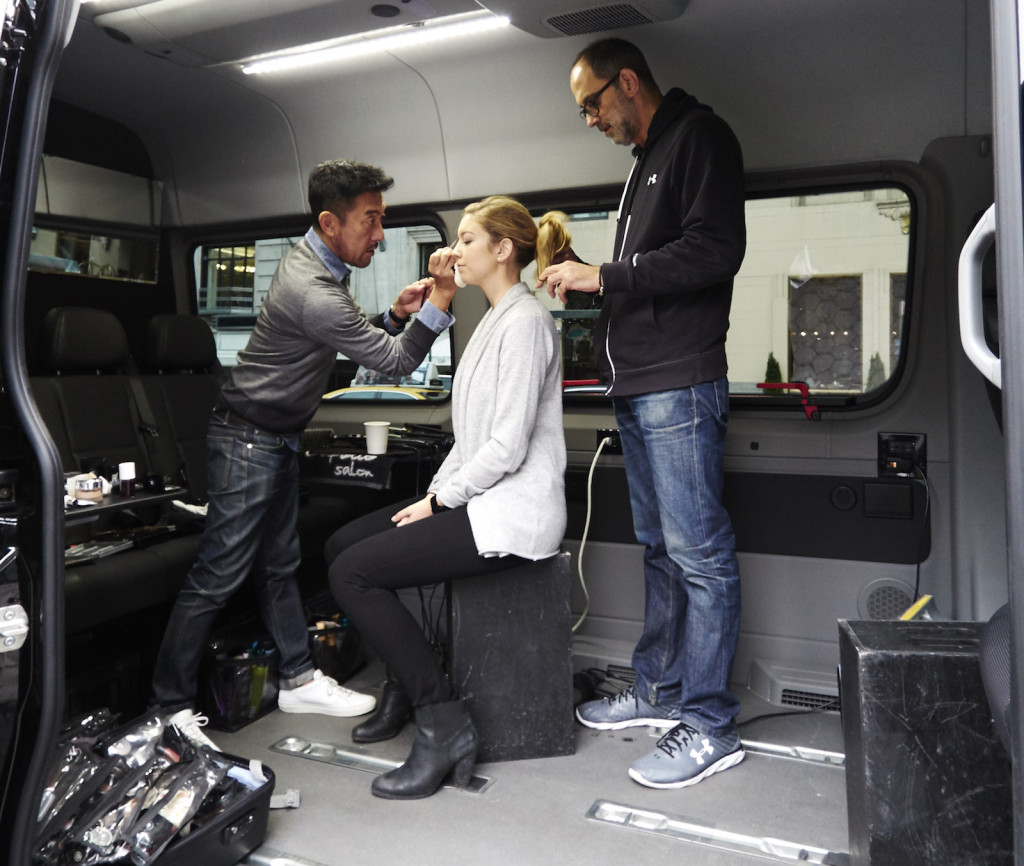 Today, throughout the photo industry, smaller-scale projects are happening at a much higher frequency than ever before. More and more, photographers are looking for a budget-friendly alternative for on-location shoots, as Hollywood-sized budgets are cut along with the expensive motorhome rentals that come with them. This is another area where SmartyVan shines. And with packages starting at only $1299 per day, you could say that less is certainly more, especially when it comes to style, speed and efficiency. 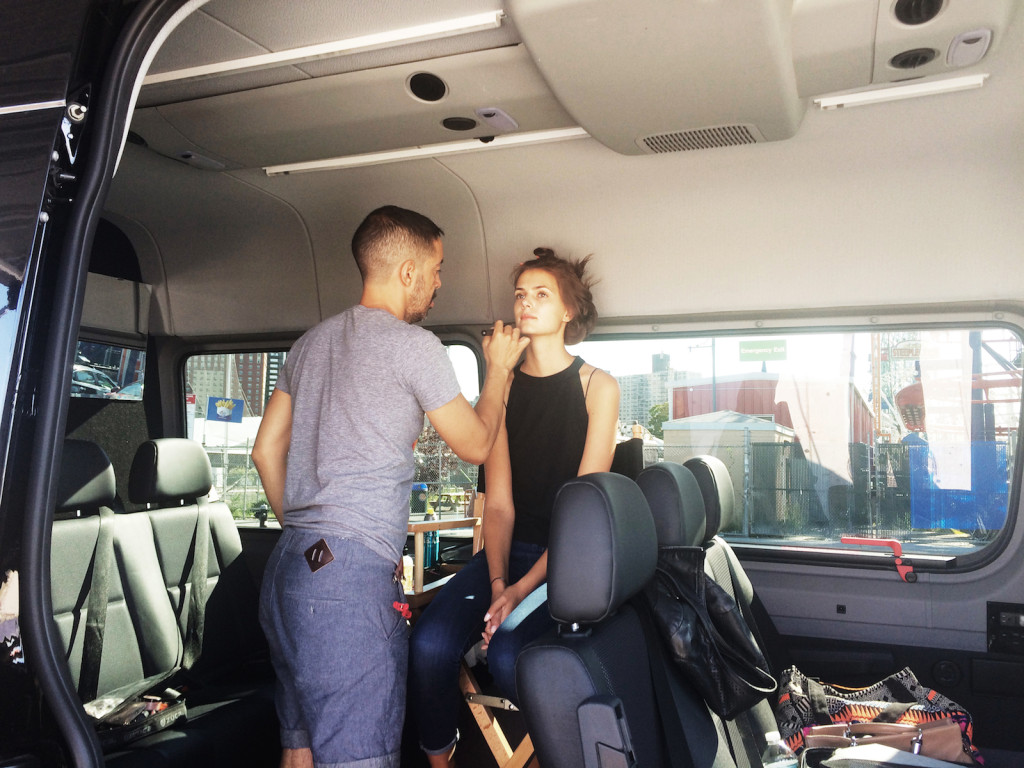 In addition, the van is upholstered with plush leather seats, and alongside the rest of the vans functions, comes mental comfort because you know all of your necessities are in check. So you can now say goodbye to your producer’s stress—and say hello to creative work without any disruptions. 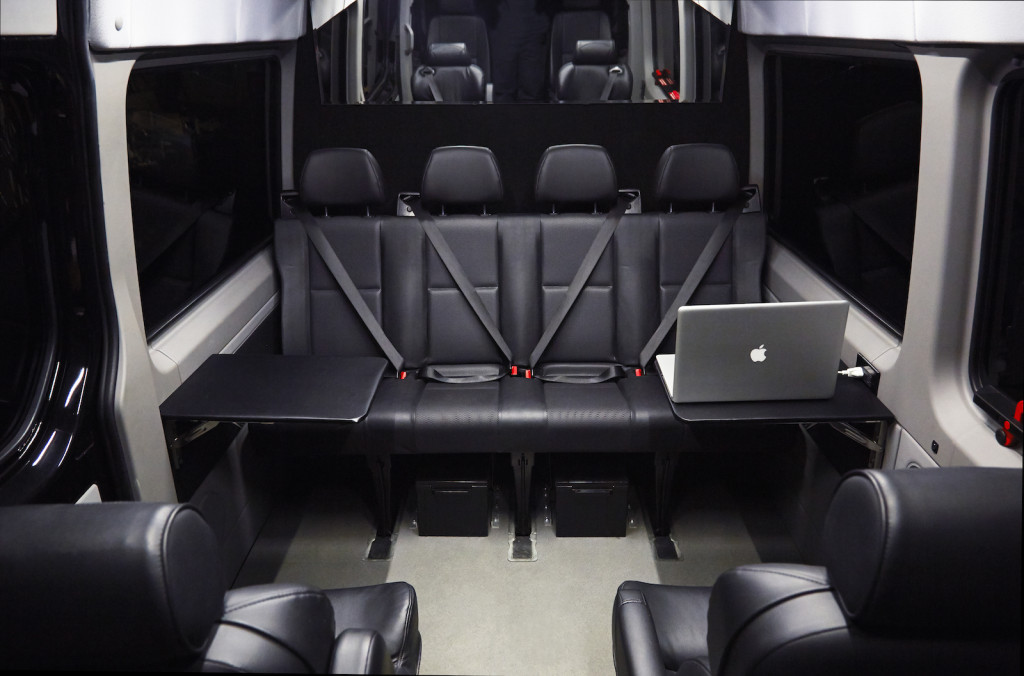 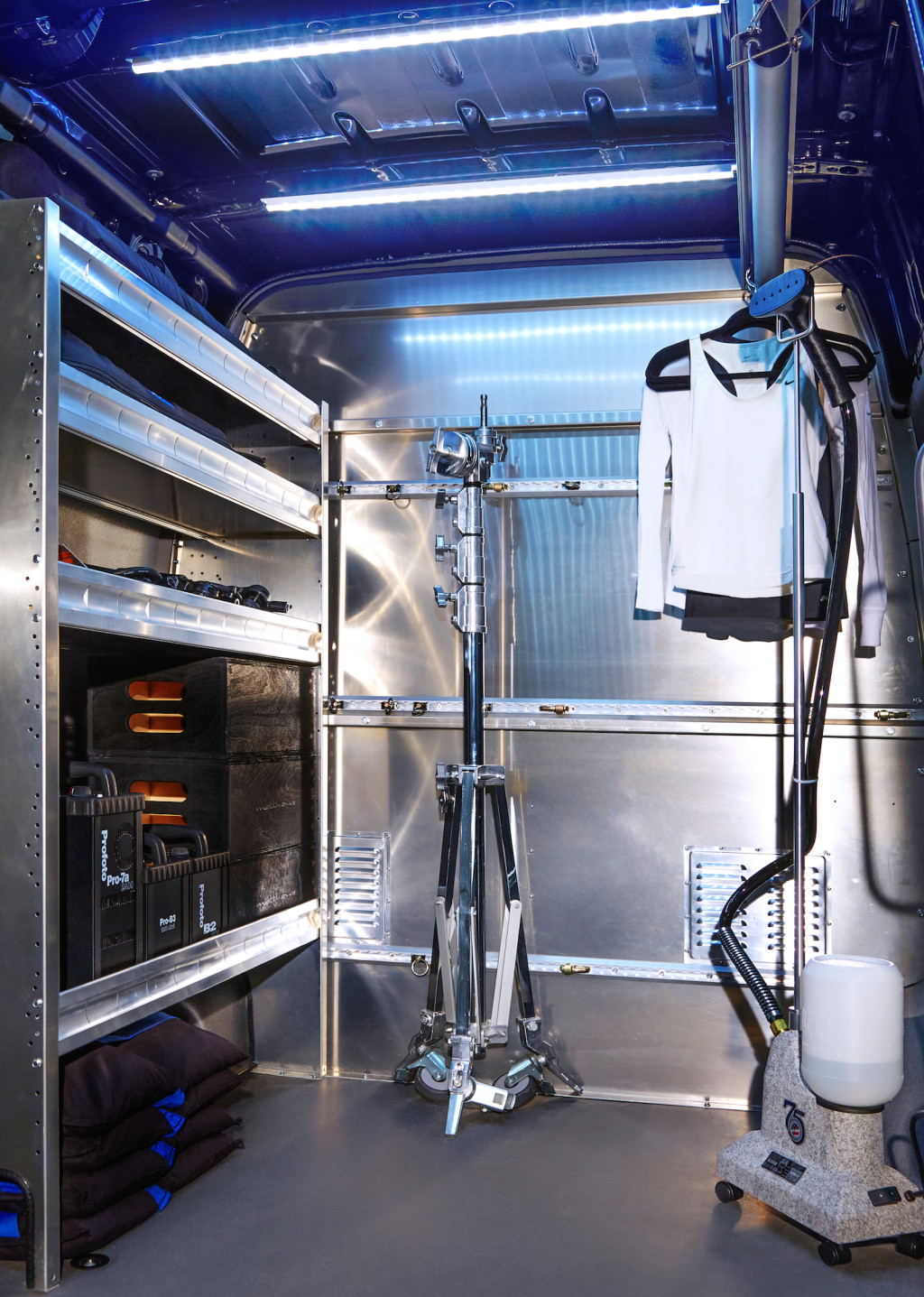 Click here for more on SmartyVan and start planning your next shoot today.