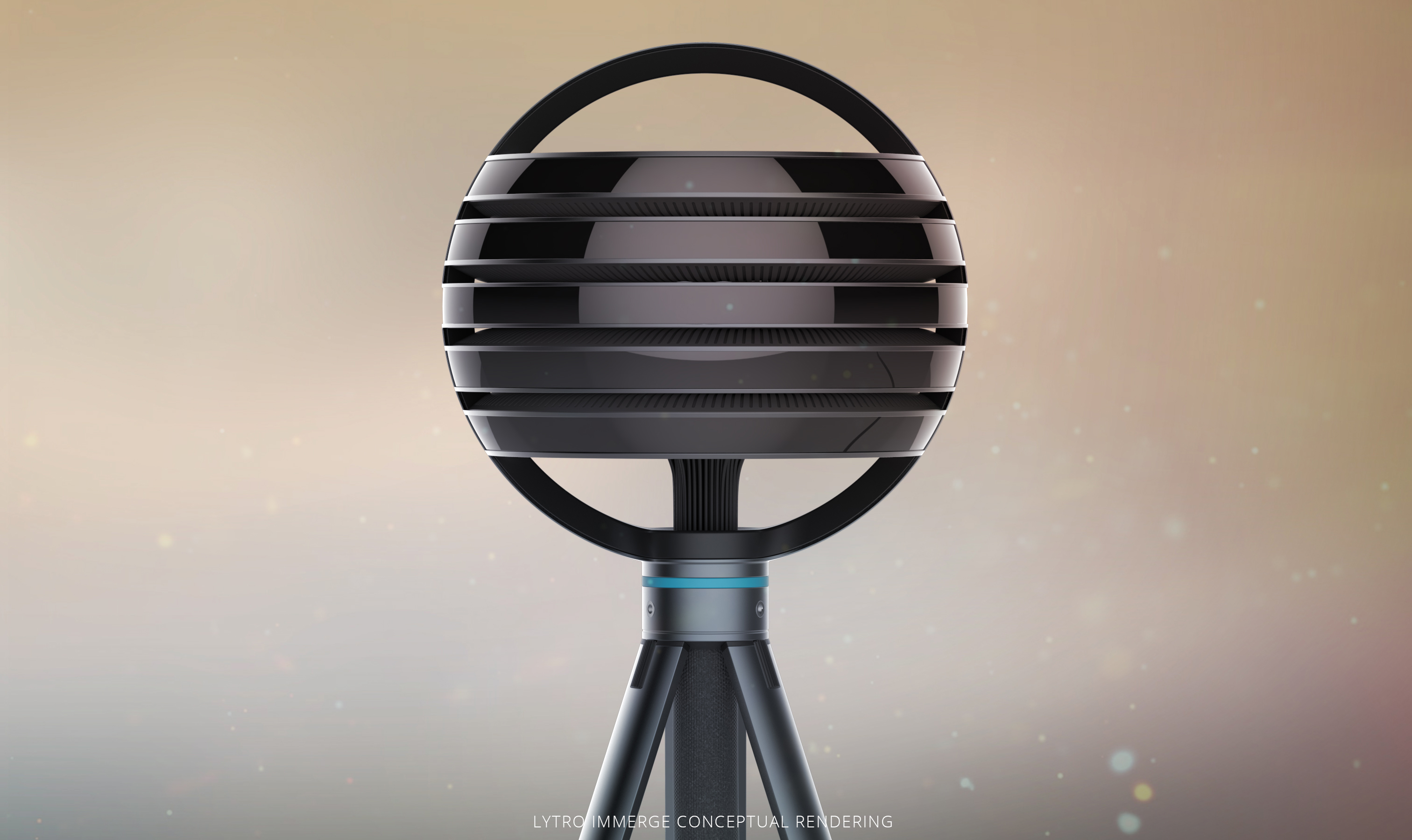 Today, one day after the dramatic 70% price cut of their Illum camera, Lytro announced the Immerge system, a platform they are building to cater to what they are calling “immersive storytellers” and the realization of the business pivot they announced earlier this year. What does that mean? Well, simply put, it’s virtual reality. But it’s virtual reality based in the real world, using a camera that rethinks the capture space of an area and can create a truly photorealistic immersive environment. It’s a very bold concept, the way they describe their tech is innovative and fascinating, and I have every hope in the world they can pull it off.

Lytro describes the way their new camera will work like this. First, imagine a spherical surface (which is how their new camera is designed), and every ray of light coming from the outside world hits that sphere and is recorded. What they are recording are two pieces of information: 1) Where the light hits a surface and 2) the direction the light is traveling. According to Lytro, if you can capture everything intersecting a surface, you have actually captured all the light from the world that would have passed through that volume. So you would have every ray of light within the whole volume.

With the Immerge, they can capture enough light ray data to recreate a space, and that recreation isn’t just what color the things in different directions, but actually how far away each thing is along each ray of light. As you move along this recreated space (what Lytro is calling the six degrees of freedom), they continue to redo that computation at a theoretical/conceptual level, and that’s how the system can make a room fully immersive.

I imagine that the more of these Immerge units in a room facing different directions, the better the final render of the room will be. That is, if their device obeys any laws that we currently use to judge space. Seeing as the device is not functional right now and is still being developed, we probably won’t know until the first ones see real use.

The whole VR space is the future of how we ingest entertainment, and Lytro’s move from traditional image capture to 3D spaces in virtual reality is incredibly smart. If they can build the first fully functional 3D space mapper than can recreate environments that are truly believable to the viewer, then we have something absolutely stunning on our hands.

What Lytro is getting into is way more exciting than where they just came from, I just hope they can pull it off. When we first saw what was possible with the Illum, many of us got very, very excited. Unfortunately, usability problems plagued the device, and it never really caught on. This is where Lytro will have to make their biggest shift and jump their biggest hurdle: usability of product and realizing the hopes they instill with their product announcements. There is so very much we want to see from Lytro, nay, NEED to see from Lytro. I really, really want to see them succeed.