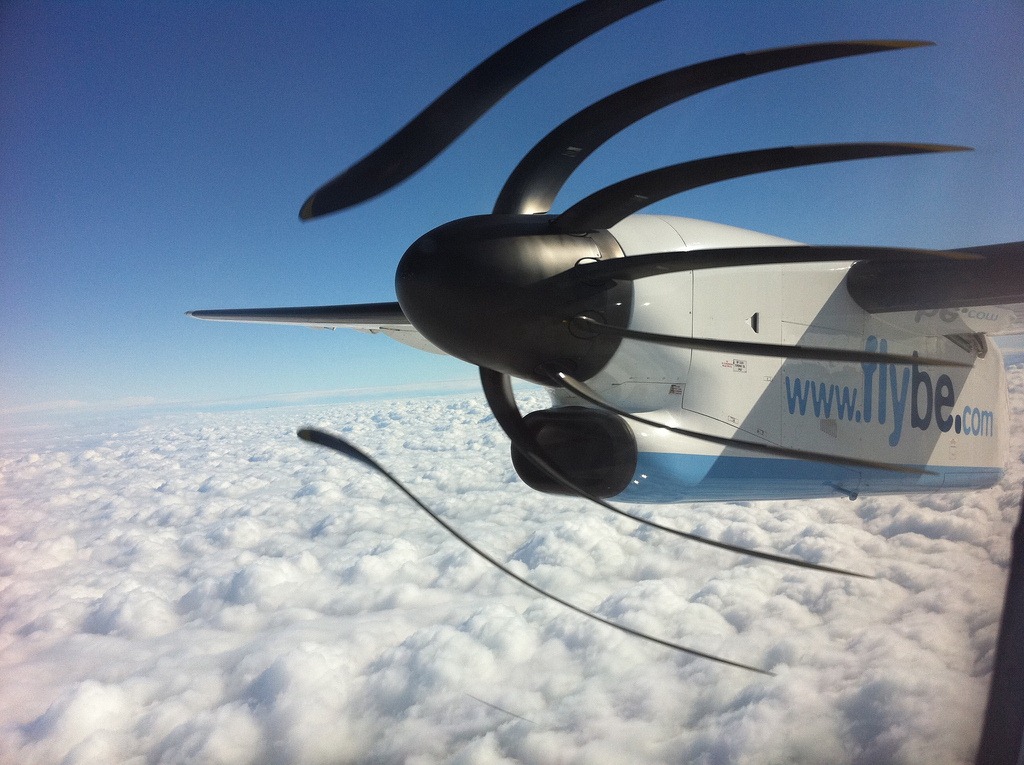 Why Your Camera Makes Airplane Propellers Look So Weird

If you’re into video to any degree, you probably encounter rolling shutter and either know it is happening or are confused about why your video looks so strange. Most modern cameras use a rolling shutter, which is defined by as “a method of image capture in which a still picture (in a still camera) or each frame of a video (in a video camera) is captured not by taking a snapshot of the entire scene at single instant in time but rather by scanning across the scene rapidly, either vertically or horizontally.” Most DSLRs, small video cameras and many pro video cameras have a rolling shutter (some with an option for a global shutter), and because of the way it scans a field of view, it can result in some “jellowy” or confusing footage. One such situation is an airplane propeller.

Take a look at this video. Though old, it demonstrates an effect of rolling shutter on an airplane propeller:

It’s incredibly bizarre looking, and if you’re just a hobbyist taking video with your cell phone, it might not make sense as to why it’s even happening. Today I saw an excellent gif that explains visually what a sensor is doing while a propeller is spinning, and should provide some clarity as to why the video above looks like it does:

You can see that the horizontal line moving up vertically is how a sensor is scanning a scene, in this case a moving propeller. Not every part of the image starts and stops receiving light data at the same time. As the scan moves up, the propeller is still spinning and the scan is happening as the propeller is in a different location during each point of the scan. What results is the background blue outline: what the sensor is actually capturing as a result of that movement.

In a still image, it can look really strange:

You can get rid of this effect by using a global shutter, which instead of scanning an image up and down or left to right, captures an entire area at once. Global shutters are also considered the best re-creators of how motion looks to our eyes. You can get a very detailed breakdown of the differences, benefits and downsides to global, rolling and mechanical shutters in this excellent blog by the RED Camera team.

If you are curious about a more detailed explanation of rolling shutter, this is a great video put together by the Slow Mo Guys: