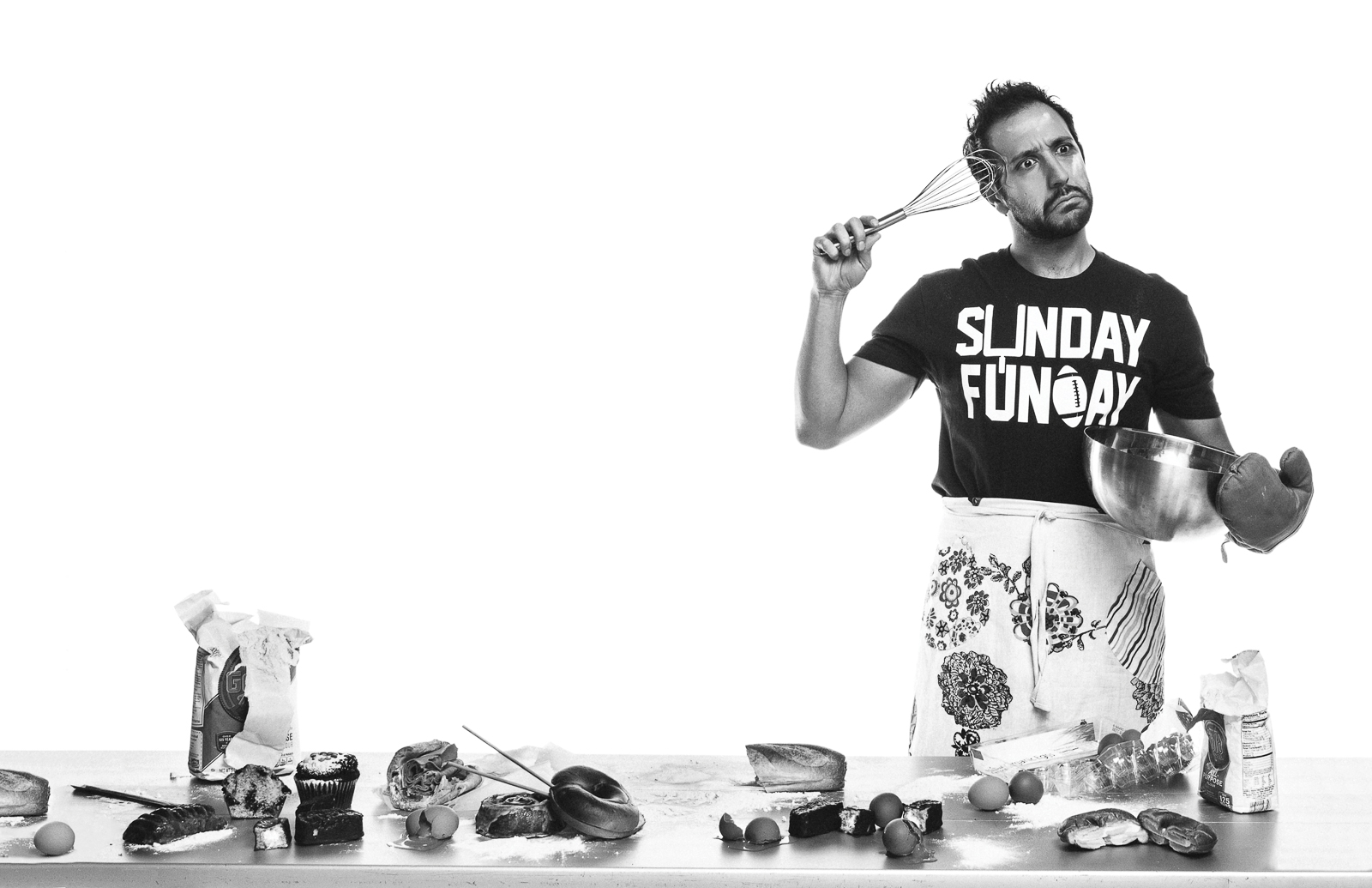 Your thoughts are racing. Your heartbeat sends tremors through your chest. You’re like a rattle snake on cocaine—ready to strike without warning.

In the morning you shoot heroin; in the evening you pick a fight. But you don’t want to inflict your pain on another. You hope someone will beat the pain out of you. This is your life after a dual tour overseas—PTSD has taken control.

However, when you’re home, your demeanor shifts. You’re no longer angry, no longer afraid. Instead, you think introspectively—your moral standard is high. After all, you’ve spent the last ten years as a soldier. You’re one of America’s finest. But your bones are shaking. Your sweat is cold. And the sound of the television is about to trigger a flashback. 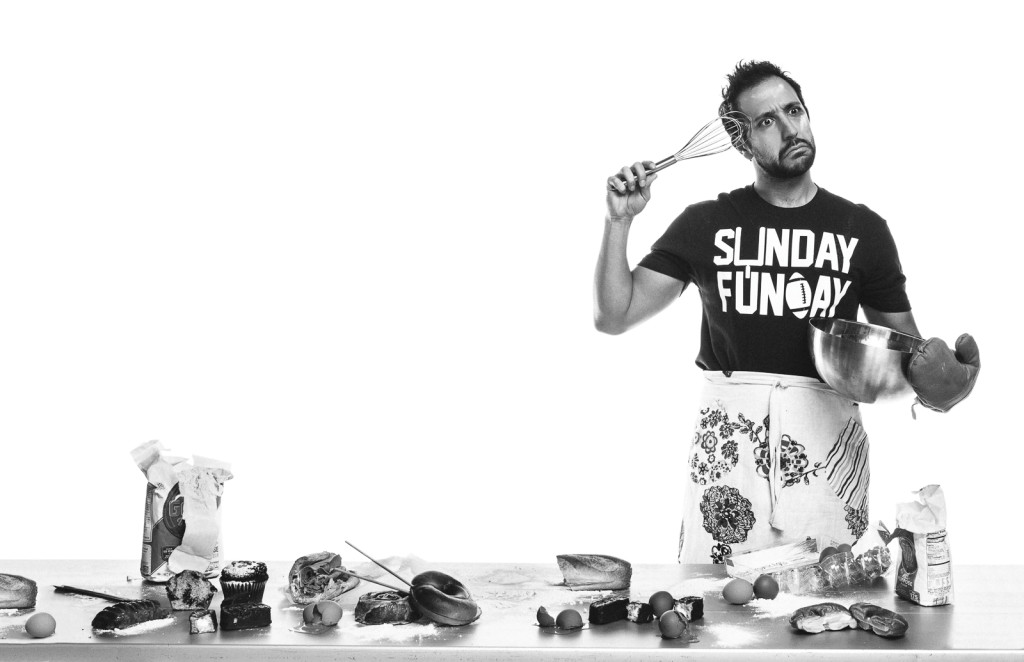 On a summer afternoon in 2013, Desmin Borges neared Central Park to play a pick-up game of basketball. As he joined his friends on the court, he silently recalled his past years spent as an actor. Borges tells me this happens often—he stays present in the moment, while tuning his own thoughts in as well.

Ever since he was a child, Borges dreamed of becoming an actor. He grew up obsessed with classic films such as ¡Three Amigos!, Purple Rain and La Bamba, but his concentration changed after his family brought him to see Freak—John Leguizamo’s one-man Broadway show. “I remember telling people I’m not funny and not a comedic actor,” Borges says. “I wanted to be a serious actor, like Pacino or De Niro. And then I discovered John Leguizamo. To see one person go through the amount of change in characters he went through floored me,” Borges explains. “The way he used music and movement to encompass the show was also something I was very in tune with it—it really struck a chord with me in that way.”

Years later, Borges went on to study acting at DePaul University in Chicago, which led him to land his first job directly after graduation. For the next year, he would perform in six plays at the Children’s Theatre Company in Minneapolis—the nation’s largest children’s theatre. “It was incredibly amazing to work with them because acting for children will let you know right away if you’re telling the story well,” Borges explains. “If they’re talking, it’s obvious that they don’t care about what’s happening on stage. It gave me the opportunity to try on a crazy amount of hats and showed me what it’s like to be out the real world.”

After about a year of experience, Borges returned to Chicago where he performed in theaters such as The Goodman and Steppenwolf. He then scored a starring role in The Elaborate Entrance of Chad Deity—a hip-hop satire about an underdog Puerto Rican wrestler from the Bronx—presented by Victory Gardens Theatre. “It was a huge hit and it moved to Second Stage in New York the following spring in 2010,” Borges explains, proudly. “It was a Pulitzer finalist that year, and two weeks later I decided to move back to New York.” Soon after, he went on to win a Theatre World Award for his performance in Chad Deity, which was—ironically enough—presented to him by John Leguizamo. 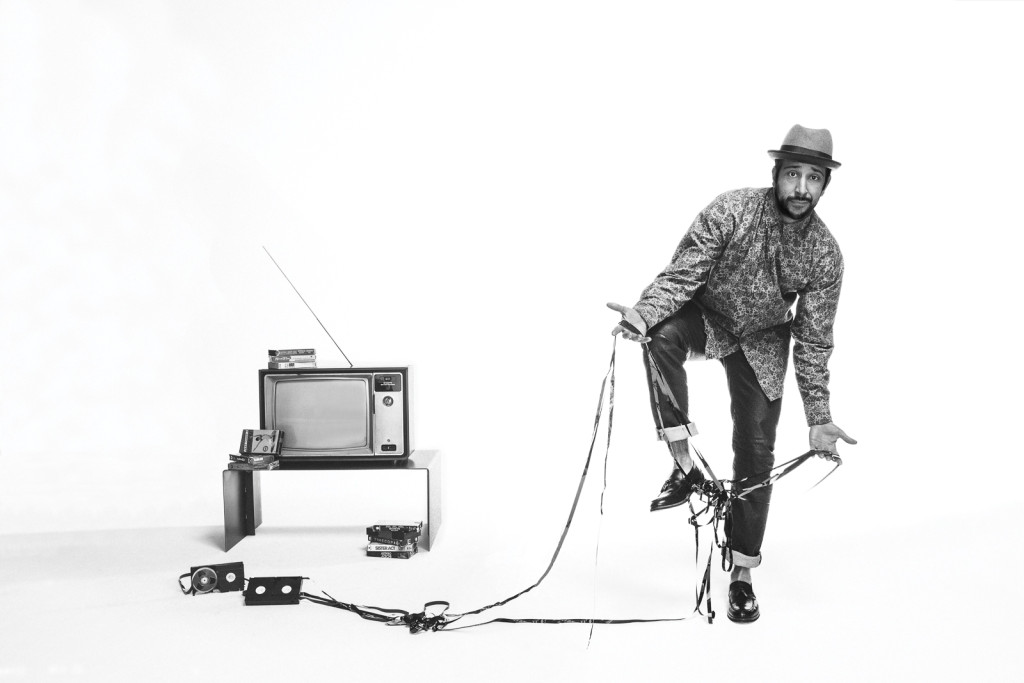 As the basketball game came to close, Borges stepped to the sidelines, just as he received a call from his manager. On the line, however, was not just him, but FX Networks. They offered him a lead role in You’re the Worst, a dark romantic comedy surrounding the toxic relationship between an insensitive writer and a self-destructive PR executive (You’re the Worst now airs on FXX). Desmin was to play the moral compass between the two: a war veteran who suffers from PTSD and the writer’s best friend. “I needed a break from the schedule of theatre so it couldn’t have come at a more perfect time,” Borges explains. “The things I was asked to do weren’t very different. Between film acting, TV acting and theatre acting, there are different levels of physicality and emotion that go on, but you’re still telling a story. So the transition wasn’t all that difficult.”

Throughout the series—the first season aired last summer and the second is expected to air this summer—Borges’ character, Edgar Quintero, is adapting to civilian life after two tours abroad. He lives with the show’s main character, Jimmy (Chris Geere), who struggles to maintain a relationship with Gretchen (Aya Cash), an obscure publicist with her own set of problems. Comedically, the show is filled with sharp, witty writing that’s paired with a dark and sarcastic spin. Yet, beneath its humor and quips, it’s a comedy that’s secretly serious, which resonates with anyone who can relate to interpersonal skittishness and a mild cocaine habit.

For Edgar, in particular, he’s in no way defined by his PTSD (or fleeting heroin addiction). In fact, his condition isn’t fully revealed until the third episode in the season. But what does outline his role, however, is a certain tenderness—combined with an odd obsession with Rachael Ray, a TV personality and celebrity chef—that secures his place as a comparatively rational character. “We’re not telling your normal veteran PTSD story. Edgar has a very large heart, and the things that he believes in don’t always line up with other stories about PTSD,” Borges tell me. “He’s not your meatball head guy who wants to inflict violence—he’s the opposite of that, which creates the dark comedic spin. We’re tying to tell the story as truthfully as possible, but in a way that tells the story of those vets who’ve never had the chance to tell it before.”

But within a show that comedically addresses an inexplicably painful condition, one can only imagine how Borges pulls it off. 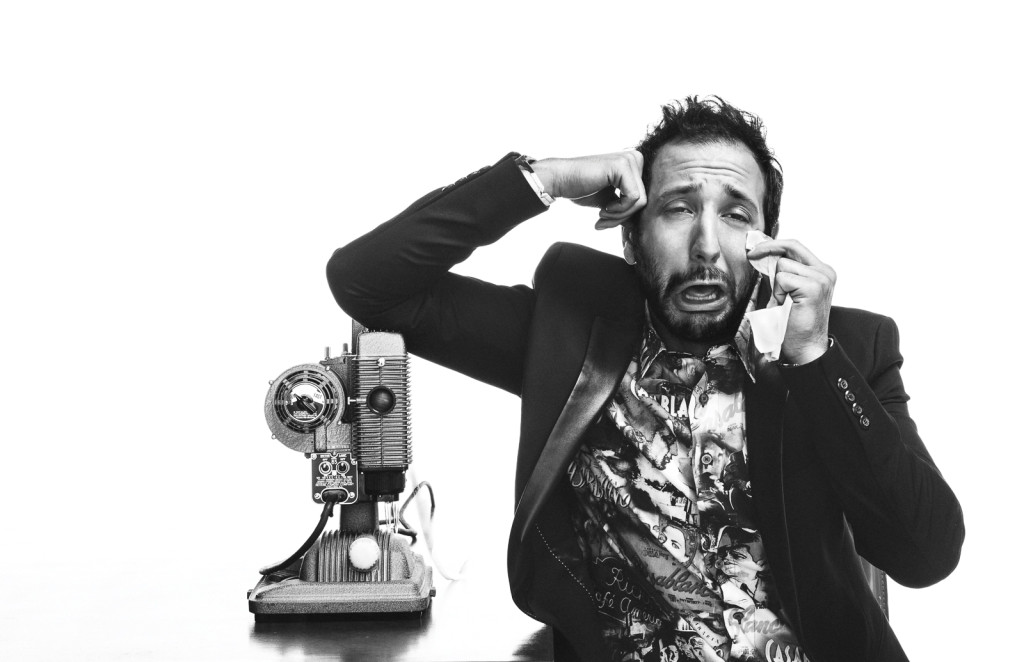 You wake up in the morning. You take your medication. After months of therapy for PTSD, your symptoms are finally improving. Now, you live your life in regiments: you rotate a selection of five outfits, hit the gym each day and eat healthy foods. But as your symptoms fade, you push yourself mentally by stripping away an aspect of your routine. This is your life while coping with PTSD, and, according to Borges, is how he goes about his daily life as well.

“Within my real life, I try to implement a part of Edgar wherever I can. I’m not shooting heroin or watching Rachael Ray all the time (although I do love cooking shows), but I try to make my life very regimented. I feel like the more I can live this way, it’ll be easier to spill it over naturally to Edgar. So hopefully one day, when Edgar is ready to latch on and make decisions for himself, I can break these habits within my life and it’ll be easier for me translate it into the telling of the story.” 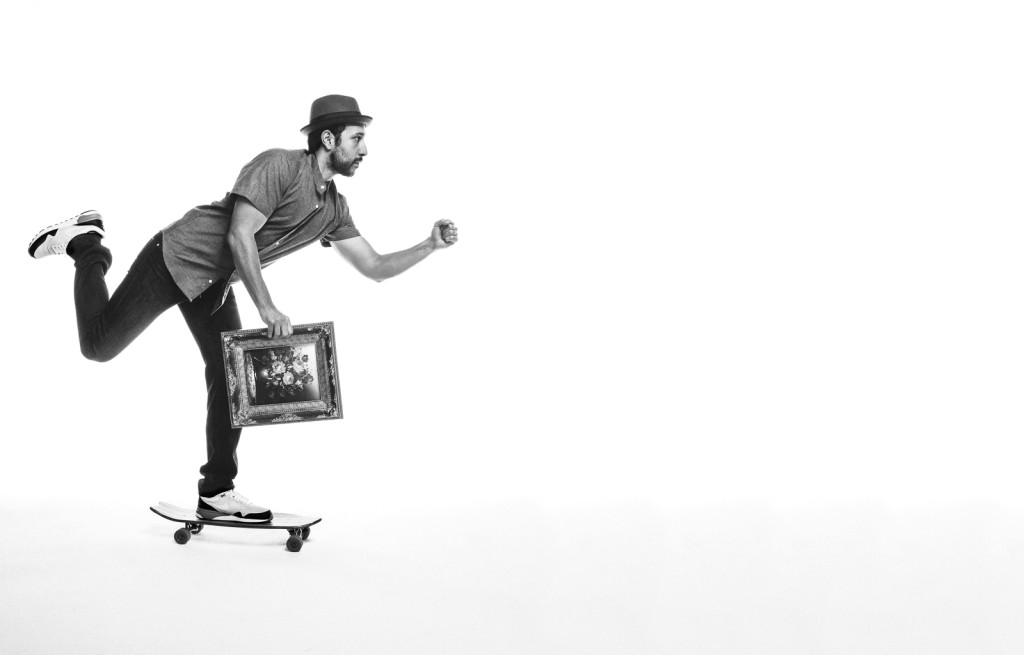 Before shooting for You’re the Worst began, Borges researched his role by meeting with a number of veterans who suffer from PTSD. He tells me that even a few of his friends’ fathers stepped forward to offer their experiences, despite his unawareness of their struggles with the disorder. For Borges, this was a huge indicator for how to portray Edgar—it was the moment realized PTSD should be keyed in as subtext, rather than a distinctive trait. In particular, Borges recalls the experience of one veteran who has since built a healthy, stable life. “He explained to me that when you’re serving, you’re told exactly what time you need to wake up, what you need to wear, when to brush your teeth and what you need to eat. When you come home you have to start making those decisions for yourself. But if you do two tours and leave when you’re 17 or 18, that was before you were even making those decisions in the first place. By the time you come back, which is anywhere from 10 to 15 years later, and having to take on those responsibilities and interact normally with people is tragic in itself.”

And within this, Borges explains that “tragedy” is the keyword, especially in dark comedy. Looking back to his all-time favorite movies such as La Bomba and Purple Rain, for example, each of them tell a variation of a tragic love story. With this, Borges explains how combining the two—tragedy and love—define comedy. “When you mix those two together that’s what comedy is. On the other hand, you could also say tragedy plus time equals comedy. But when you’re dealing with dark comedy, it’s tragedy, plus time, plus specific circumstances or points of view that bring the darkness. And that’s what I get to do with Edgar,” he says.

Borges adds, “Process-wise, dark comedy isn’t all that different—I approach the text in the same way. Like, what the interior life of the character is, subtext and what I want to include in every scene with every line I’m saying. And that’s across the board whether it’s comedic or dramatic. When I’m looking at something dark, I read through it a bunch of times, then try to forget it and take my mind to another place where I’ll have a couple drinks, or something. That helps me find new and interesting things to apply to the minutiae of it. The darker you go, and the stranger you go, for me, there seems to be more uncomfortable laughter. With dark comedy that’s really what you want. You have to know it well enough to continue taking it through as many envelopes as they’ll let you open. You just keep on opening them, don’t look back and don’t worry about looking foolish, because if you stay true to your part it’ll translate when it moves to the editing room.” 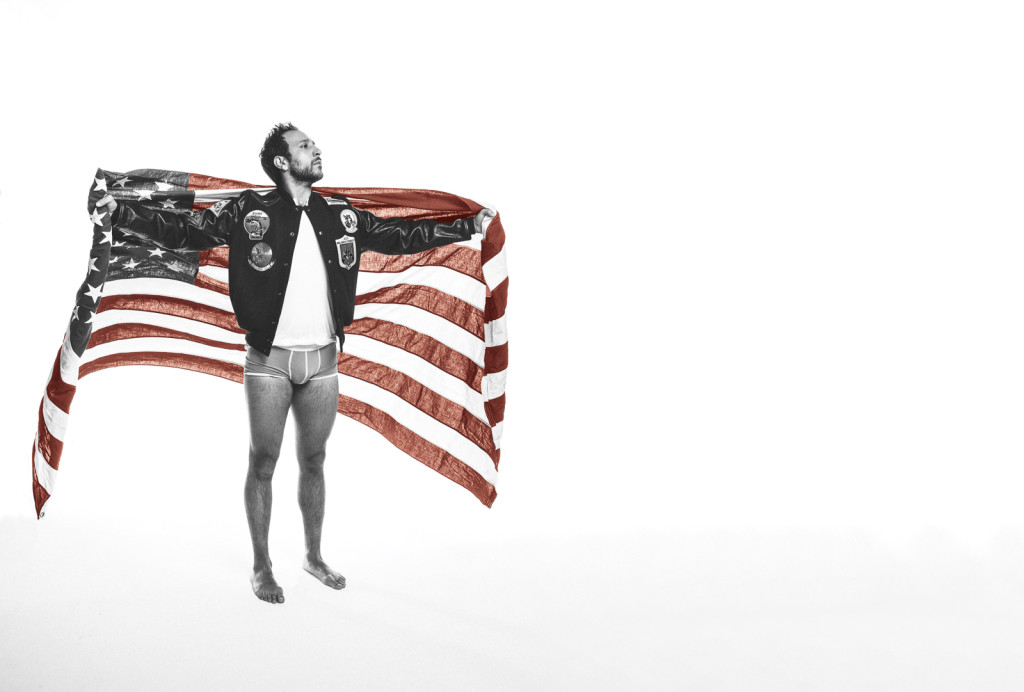 When I first met Borges at Root Studios on the set of the shoot for this story, he arrived on time, well dressed in a particularly fresh fedora and the remnants of Edgar were, at best, subtle. He was laid back, open to changes and new ideas for the shot list, styling and concept. You would never know he so craft-fully depicts a character torn by war and lives his life similar to this character too.

And yet, when the shooting commenced, Borges could, on command, convert his physicality to mimic Edgar’s—his toes curl inward beneath his feet, his eyes wiggle edge of their sockets. He was in complete control. I considered the parallelism he mentioned between his life and his character.

Could this composure indicate a new trajectory for Edgar? Borges answered vaguely. But I bet season two will give me the answer.

And now I know that my predictions were correct. 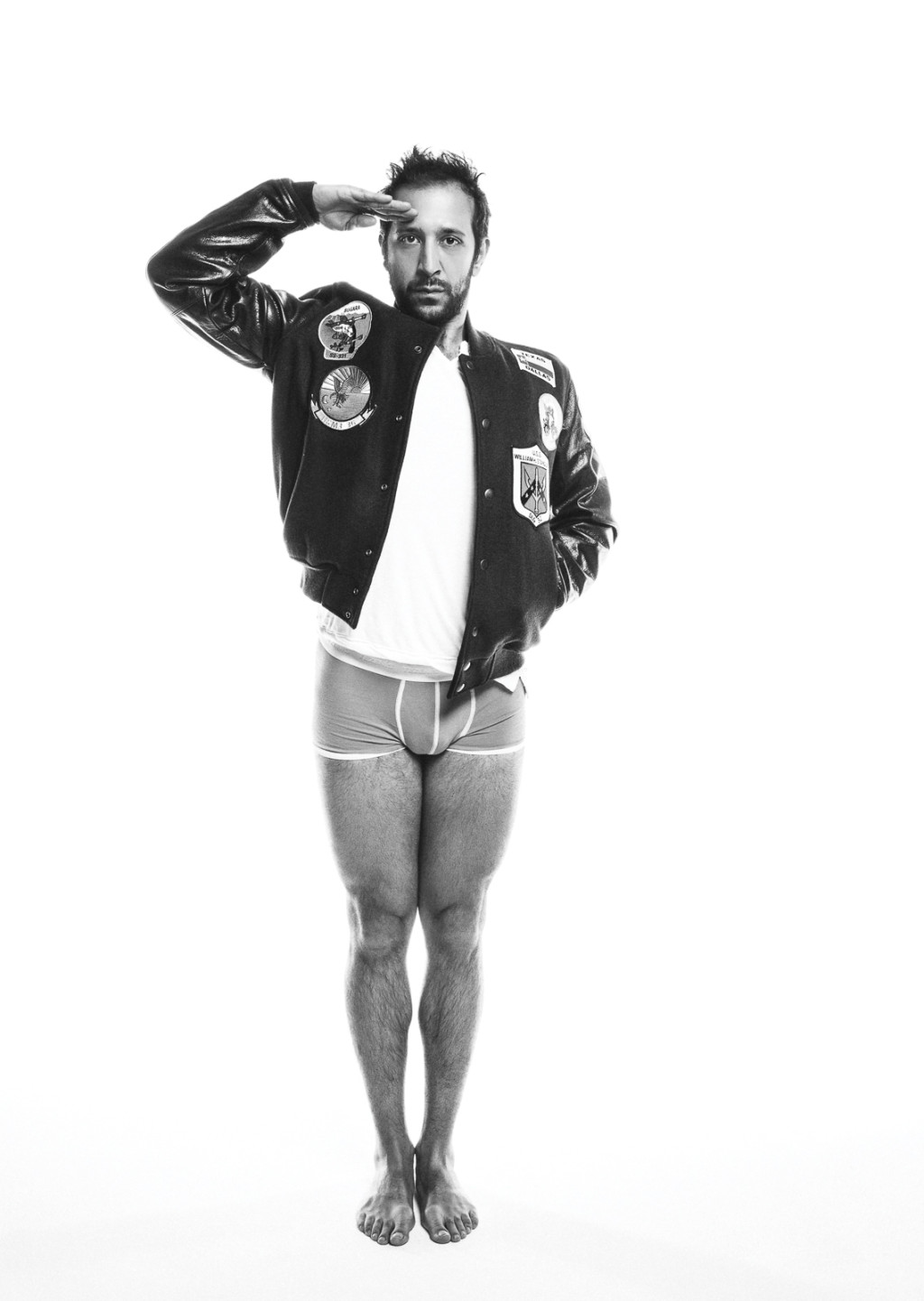 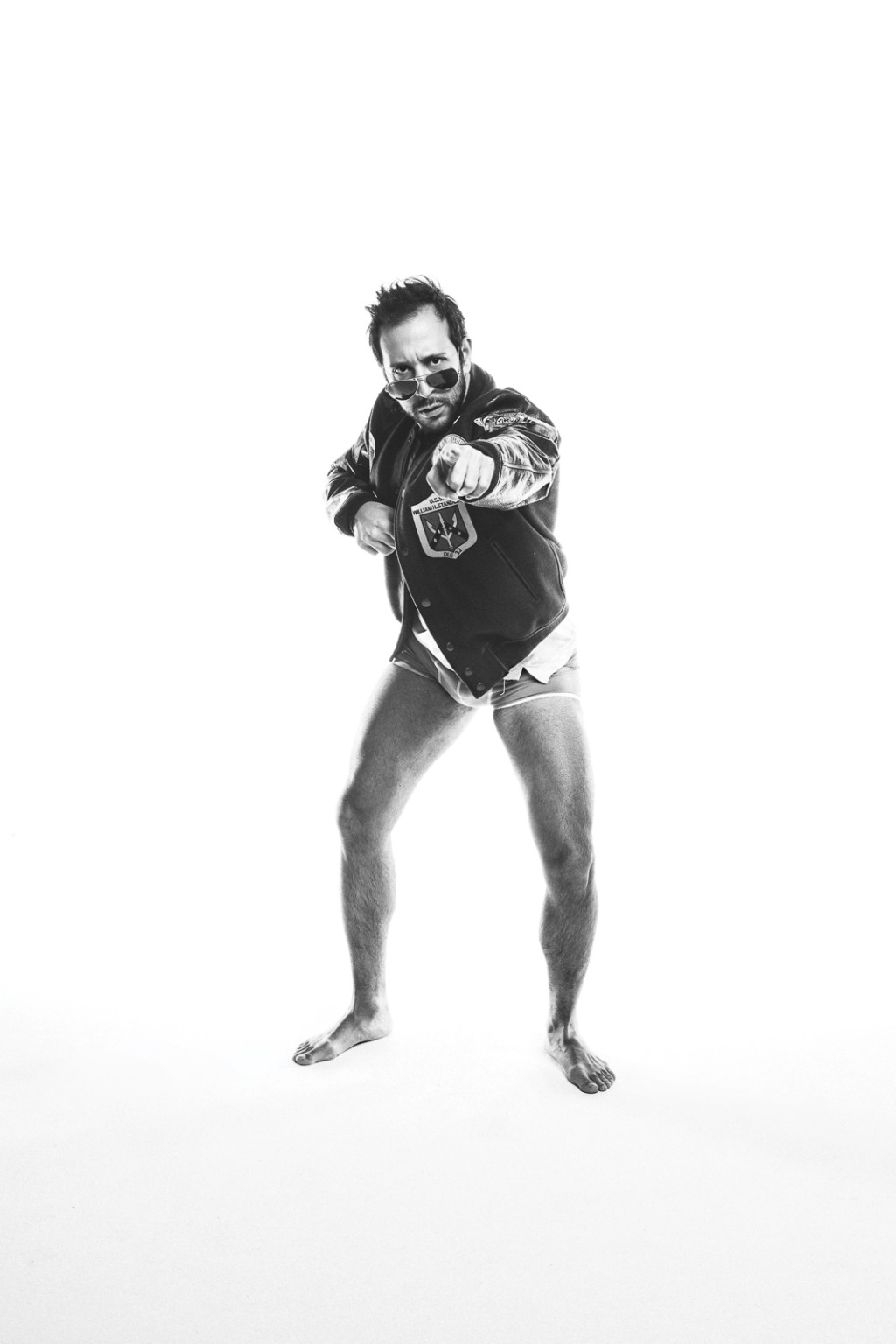 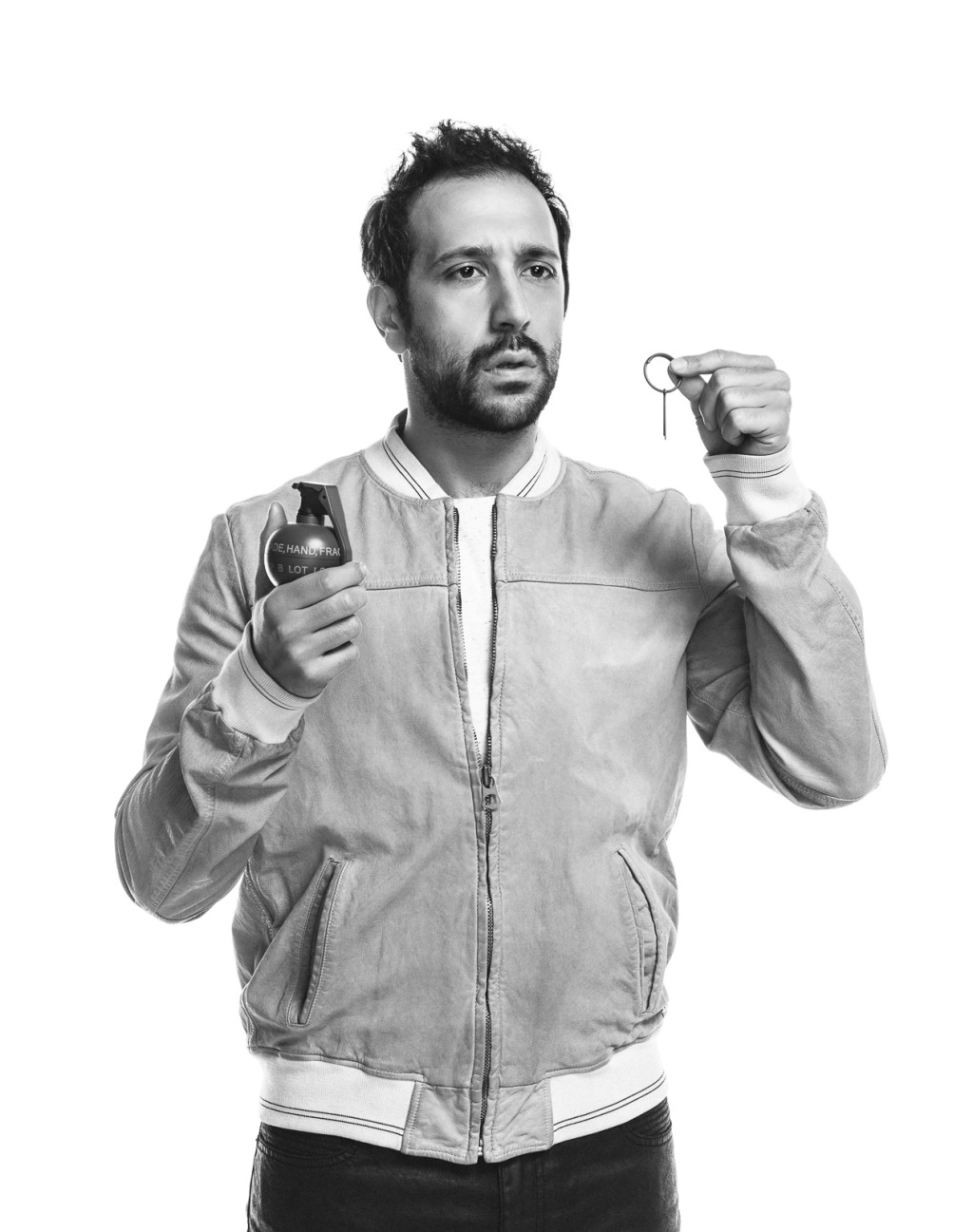