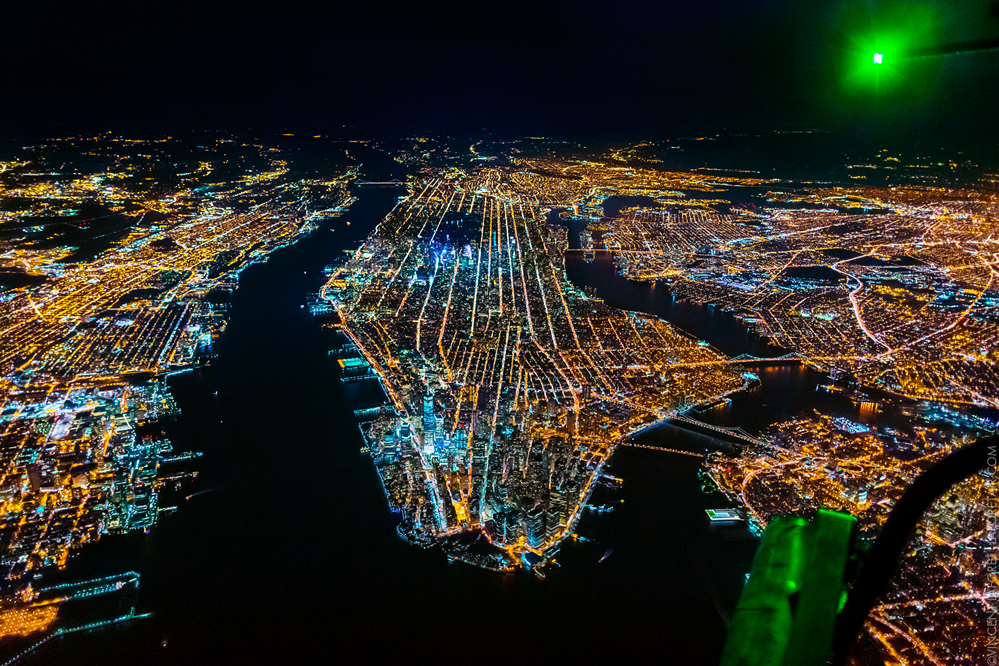 Book Review: “AIR” by Vincent Laforet is More Than it Seems

AIR by Vincent Laforet, takes time. It’s a thick book with hundreds of huge, detailed, aerial images to comb over for hours on end. But more than that, this book takes time to understand and appreciate to its fullest potential.

At first, I was hesitant to put much effort into AIR. Leafing through the pages halfheartedly, I confirmed my initial suspicion that this was just over-processed social media bait with no real purpose or substance. The images are just so damn ridiculous, this book couldn’t possibly be saying anything except, “Whoa, look at this crazy shit!” This type of photography is becoming all to common as the purpose of the medium continually shifts from capturing unique ideas that can only be expressed through visualizations of reality to a method of getting a click and three seconds of eye-time for banner ads. Photographers have become more focused on catching the attention of a viewer and are forgetting to say something important. One look at AIR will tell any Photoshop or Instagram user that Laforet is after one thing: your attention. But anyone who thinks that (including me) would be wrong. 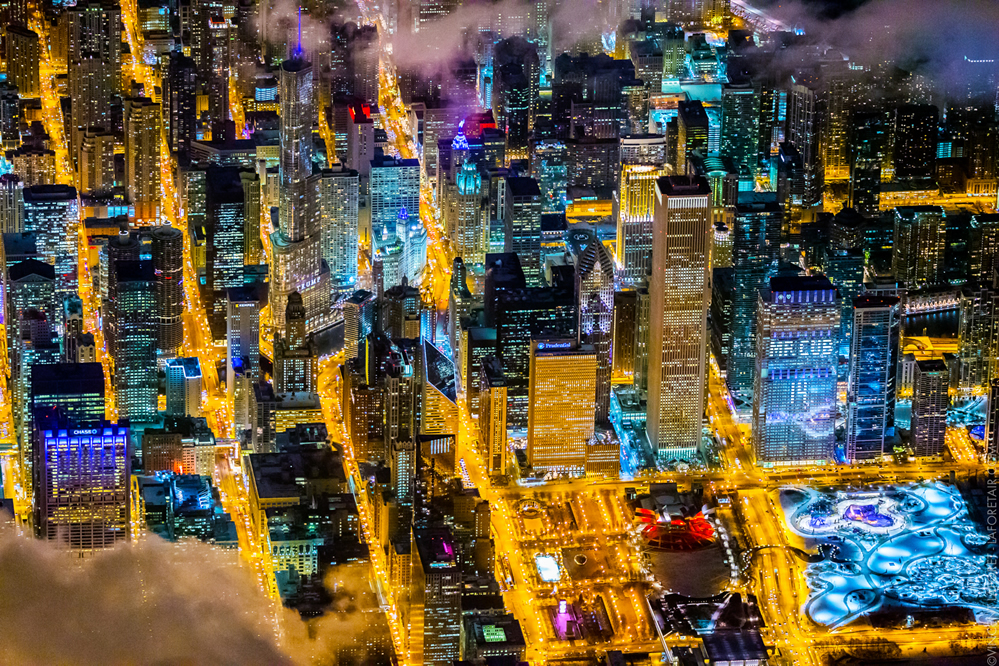 As soon as I got my hands on this book, it was impossible to resist the urge to crack it open and start binge flipping through the pages. But long before I saw them all, the novelty of the extremely repetitive imagery wore off. I set the book down and chalked it up a colorful coffee table accessory, great for starting conversations or distracting in-laws. It wasn’t until I started researching the book for this review that I understood what it was about (helpful tip: read the introduction, and the fascinating forward by astronaut Donald R. Pettit).

Though it definitely works as click-bait, as evident by its viral start on storehouse.co, there’s more to AIR than that. The goal of the book, as described by Laforet on the inside sleeve, is to create a visceral awareness that, “The world is much smaller than we think. Borders are irrelevant and distances shortened. Clearly, we are more intimately connected to one another than we may realize.” Even the initially vapid title “AIR” is adequately defended by Laforet. He explains, “I chose the title AIR because it’s something we all share and are all equally responsible for. By definition, air doesn’t belong to anyone. It belongs to us all regardless of background, social status, or origin, as does this project.” While the statements in this quotation are questionable, especially that the project somehow “belongs to us all,” there is clearly thought and purpose behind the title and the project in general. 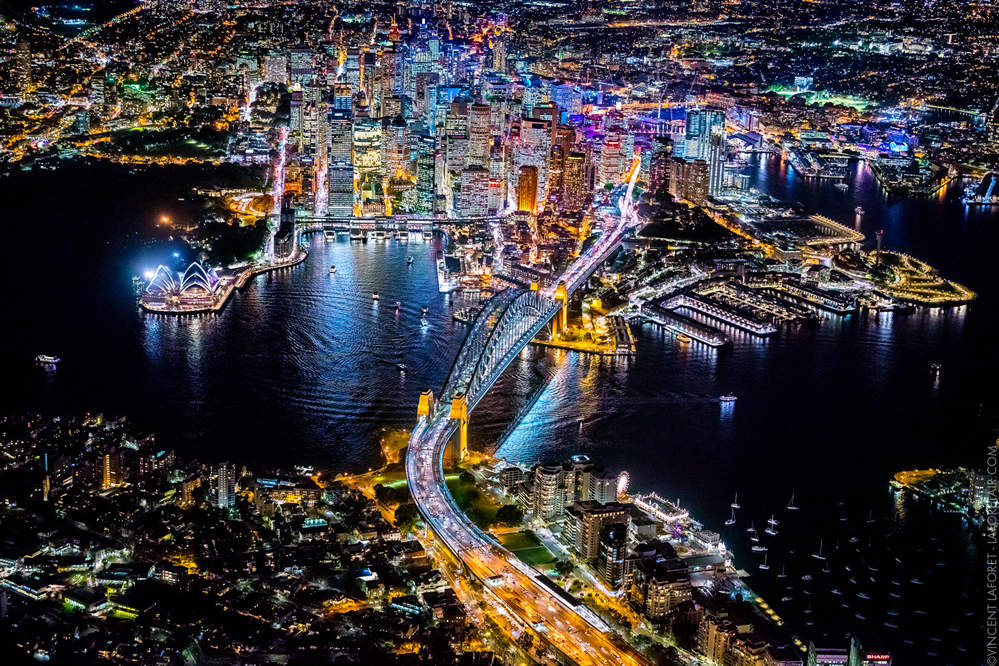 When I see one of Laforet’s particularly unbelievable photograph like the one above, I immediately reject it mainly for the colors. This is not what life looks like. I assume that these were much lower contrast, higher grain, dull images that went through multiple layers of color adjustments filters to get to where they are now. However, Laforet wisely addresses this obvious concern in his introduction, “The truth is that we do very little to these images. All of the colors are naturally there, because the different city lights have different ‘color temperatures.'” If that’s true (and I doubt Laforet is lying), then these images really do reveal a lot about a city, its citizens, and its history. When you compare a photo of the relatively new city of Sydney above and a photo of the far older Berlin below, you can see how a city’s history shapes its landscape as well as its lighting. Laforet notes that the divide between East and West Berlin is still visible today, “The former communist block remains noticably darker and more yellow than its western counterpart, where the lights are brighter and bluer in tone.” 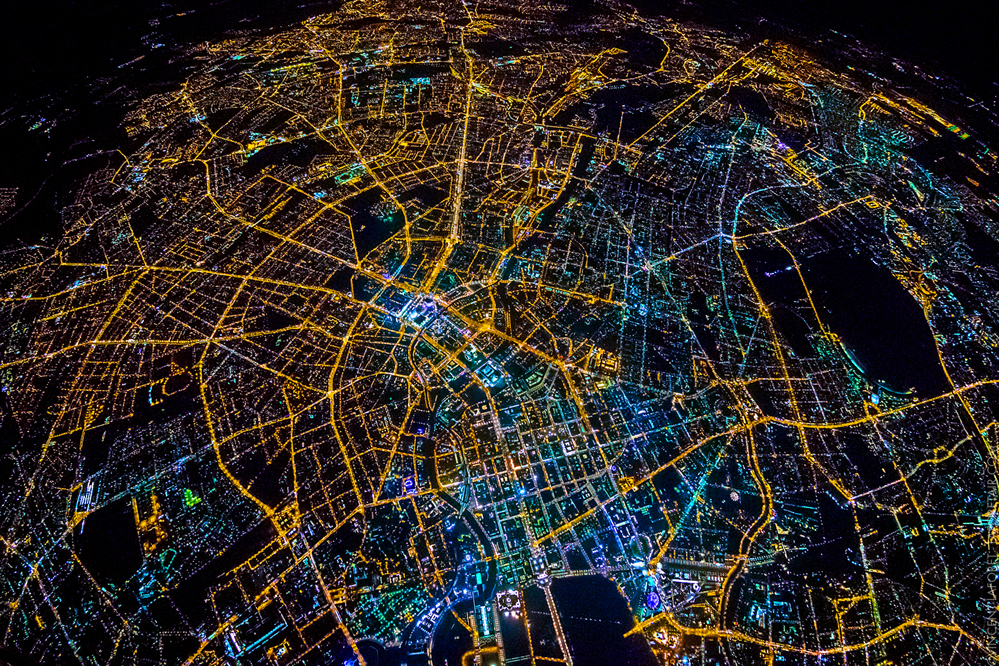 Laforet notes that this type of photograph has only become possible in the last few years. The combination of low light and camera shake from the helicopter used to mean that these images were impossible to take. However, now that camera technology allows super high ISO values without significant quality loss, Laforet can make this type of photograph that has never been seen before. Though the imagery and process scream “high-tech,” Laforet opts to occasionally implement a tilt shift lens à la the large format film cameras of yesteryear. This is an unfortunate choice, as it not only takes away the objective character of this book but also ads an even more clichéd style to a collection that’s already riding the edge of art and pop. Sure, the miniaturizing effect bluntly illustrates his thesis that the world is smaller than you think, but it takes away the fun of looking at all the minute details of the city and looks like it was done in post-processing, something that all too common these days. 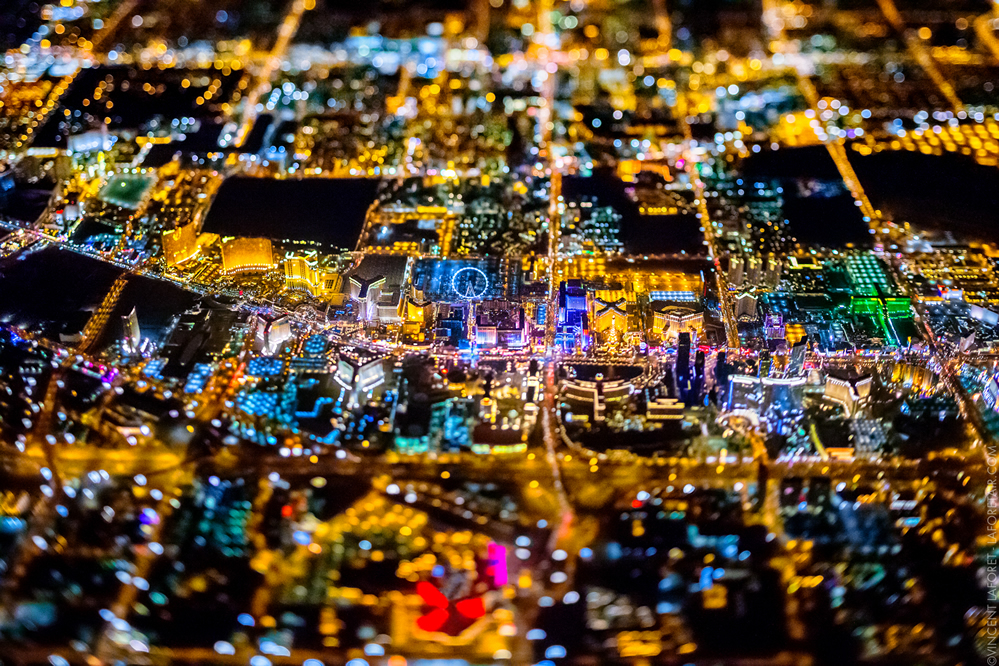 Despite the sometimes rash aesthetic choices in this book, I found it to be a fascinating and beautiful study of humanity. Though the images are repetitive, you can still return to this book many times to discover something new and interesting or to simply day dream. If you’re familiar with one of the cities featured in AIR, you will certainly enjoy that city’s section best as you scan the landscape and gain a new perspective, both literally and figuratively, on the buildings and streets you’ve walked in real life.

Overall, we give AIR a 4/5, subtracting half a point for a theme that would benefit from a deeper and more prominent explanation and half a point for the Instagram aesthetic that somewhat discredits an otherwise thoughtful book. Still, if this book’s theme or aesthetic interests you, I would definitely recommend picking up a copy. Just make sure to read the introduction.