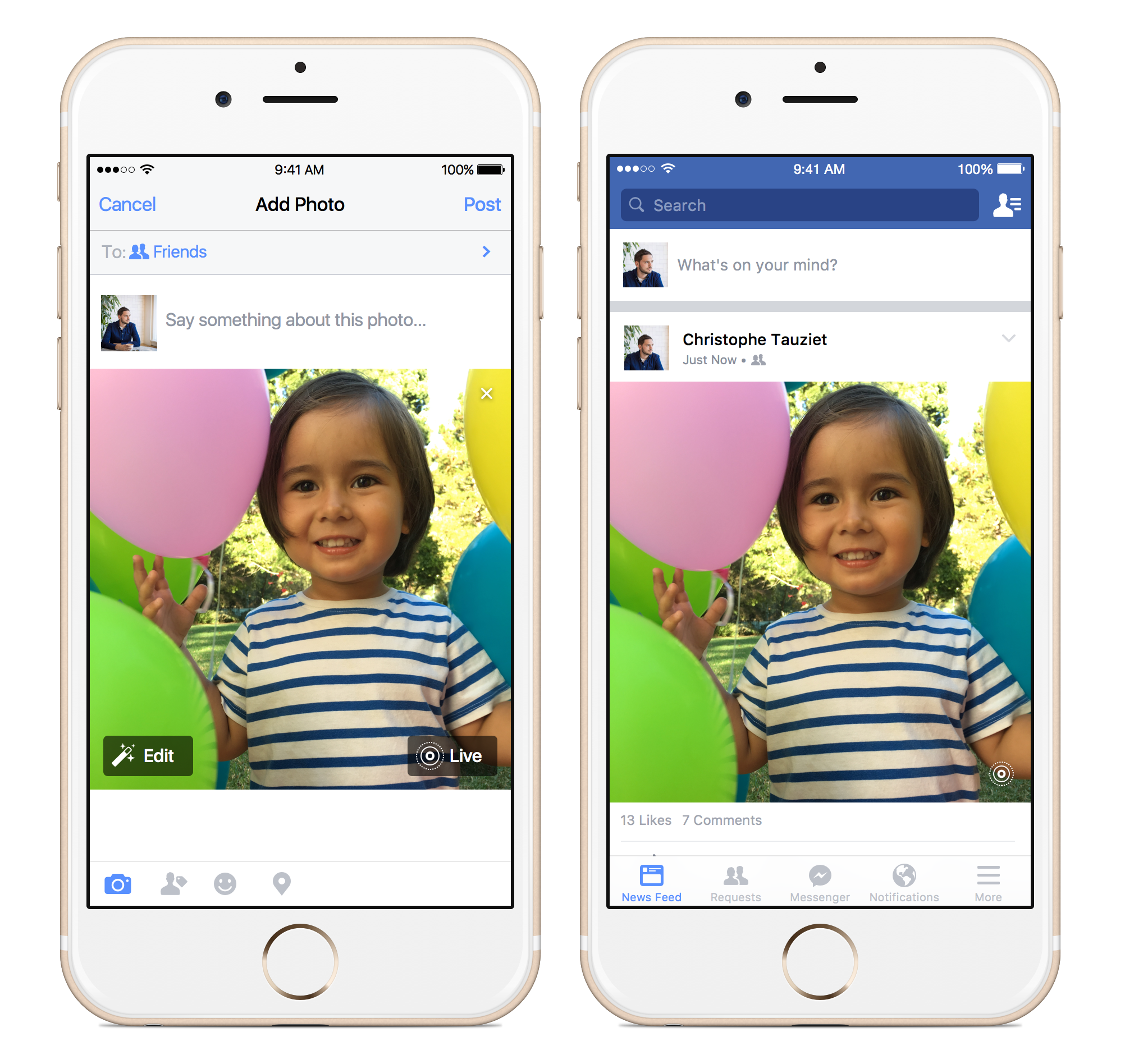 Today, Facebook implemented Apple’s Live Photos into its iOS 9 app, building on Tumblr’s support that was announced last week. The rollout will begin for a small percentage of global users, which will increase into 2016. Soon, any user running iOS 9 on their iPhone or iPad will be able to experience live photos in the Facebook app.

Live photos were introduced by Apple in September 2015 with the release of the iPhone 6s, allowing users to capture three-second video clips surrounding a still image. This media is recorded by simply selecting the “Live” button and shooting a photo. The camera will then automatically record 1.5 seconds before and after the still image, which is viewed using the iPhone’s 3D Touch Feature. 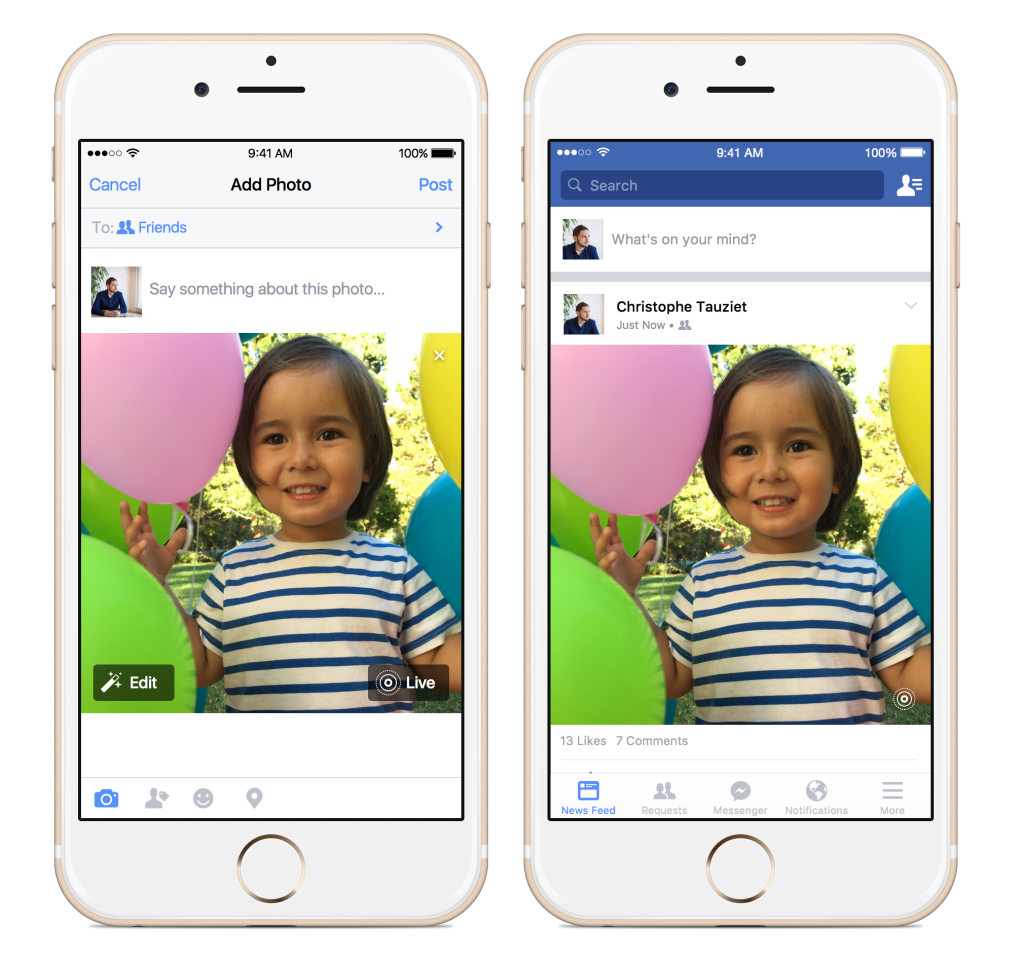 Yet what’s breaking ground here isn’t so much the Live Photos themselves; it’s the principle of bringing interactive media to a global user base. Live Photos, though perhaps in its simplest form, can be considered interactive, as the output of the media comes from the user’s participation. This means that Facebook’s 1.39 billion mobile users will now be able to view and record living moments in time, rather than still photos that capture an instant frozen in time.

Already this year, young, innovative companies such as Flixel have brought cinemagraphs—“living images” or still photographs in which a minor and repeated movement occurs—to a commercial level. In addition, virtual reality has begun to move forward from its fledgling stages, as production technology surpasses its viewing capabilities. Nevertheless, in Q1 of 2016, the highly anticipated Oculus Rift will hit the consumer market, bringing powerful VR to the hands of anyone. There is no doubt that the ways we consume and produce visual media is truly about to change, and the integration of Live Photos within social media marks a crucial stage in this development.

During a recent meeting with Apple, I immediately asked: what about Instagram? Of all the social giants, it’s surely the ideal place to Live Photos, yet I was directed to speak with a Facebook representative (the company purchased Instagram in 2012). “Thanks for reaching out. Regarding Live Photos, I can definitely offer you this statement, to be attributable to a Facebook spokesperson: ‘We’re excited to support Apple’s new Live Photos.’”

So it looks like we’ll just have to wait and see. But in the meantime, here are some simple steps for posting a Live Photo on Facebook.

1. From the News Feed, click Photo and select your Live Photo from your Camera Roll (look for the concentric Live Photo circle in the corner)

2. Before you hit Post, tap on the lower right-hand corner of the photo where it says “Live”—this will ensure you upload in the Live format.

1. Focus on a great still image first, as it’s te heart of a Live Photo and is what people will see initially.

2. Bear in mind that Live Photos also include audio.

3. Watch for the Live indicator (in a yellow box) to disappear. This lets you know that you are no longer capturing.

4. Remember that a Live Photo is a photo. Capture the image more like you’re taking a photo, rather than shooting a video, which means the iPhone itself isn’t moving.