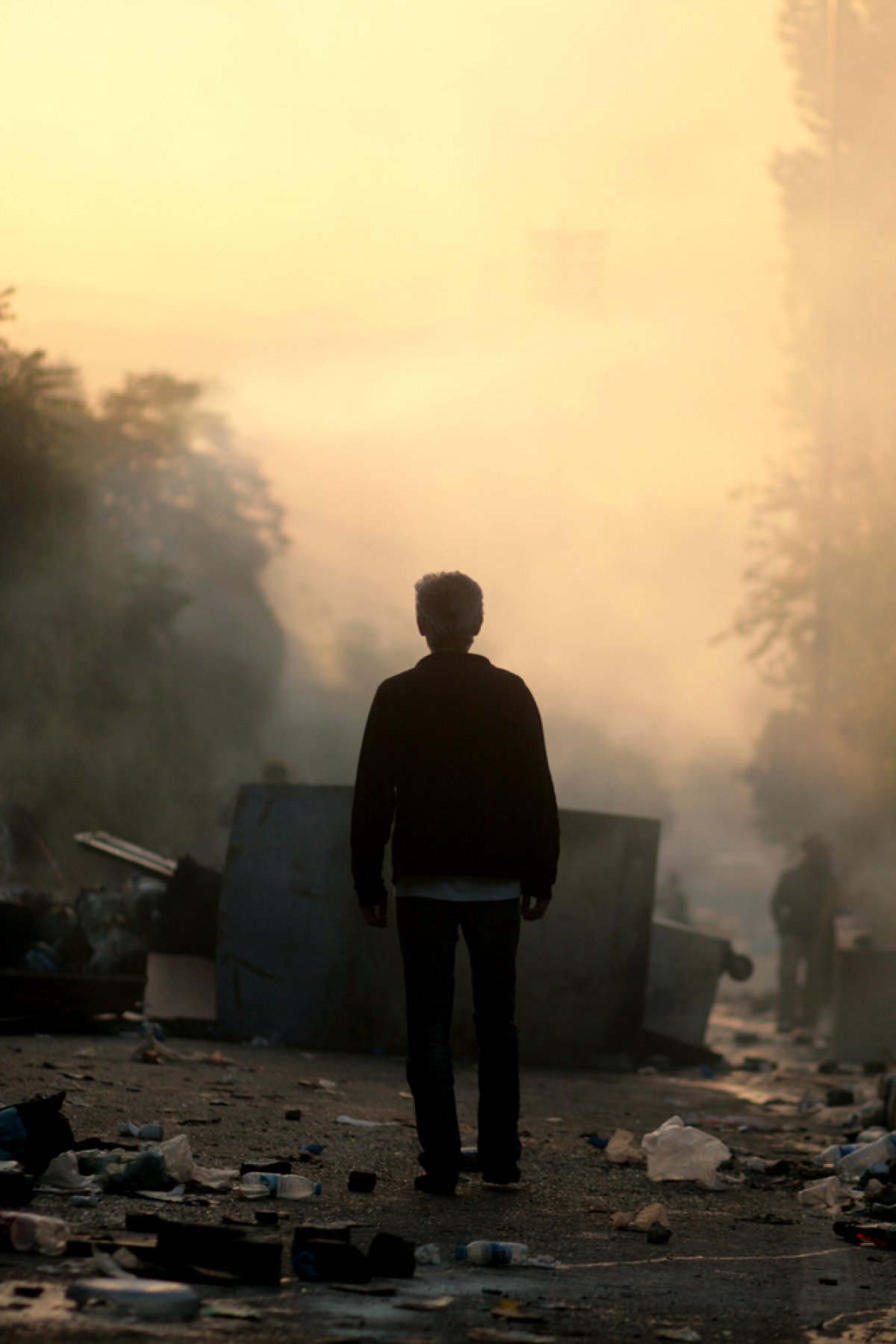 Hans Rusinek is an up-and-coming German photographer and a Morphilio EyeTime 2015 winner in the “Future Voices, Public” category for his work titled Gezi Park, Istanbul. This series garnered the most overall EyeTime of any of the entrants (over two hours). Resource Magazine got the chance to discuss this series with Rusinek and learn about his work as a young photographer.

Rusinek sees photography as a means of studying and expressing the “big forces that shape our social lives, i.e. ideas, power, and money.” These forces are not only a theme within his work, but his focus in graduate school, where he studied philosophy, politics, and economics. The goal of his work stays consistent, “I aim to capture what philosophers call the conditio humana, the circumstances of being human with all its beauty, tragedy and contradictions. A young man in Tel Aviv reassuring his parents on the phone after terrorist attacks, an old German woman sitting on her walker and enjoying the sun, an Iraqi businessman in a suit hitchhiking on the loading space of a truck. My aspiration is to capture these moments.” 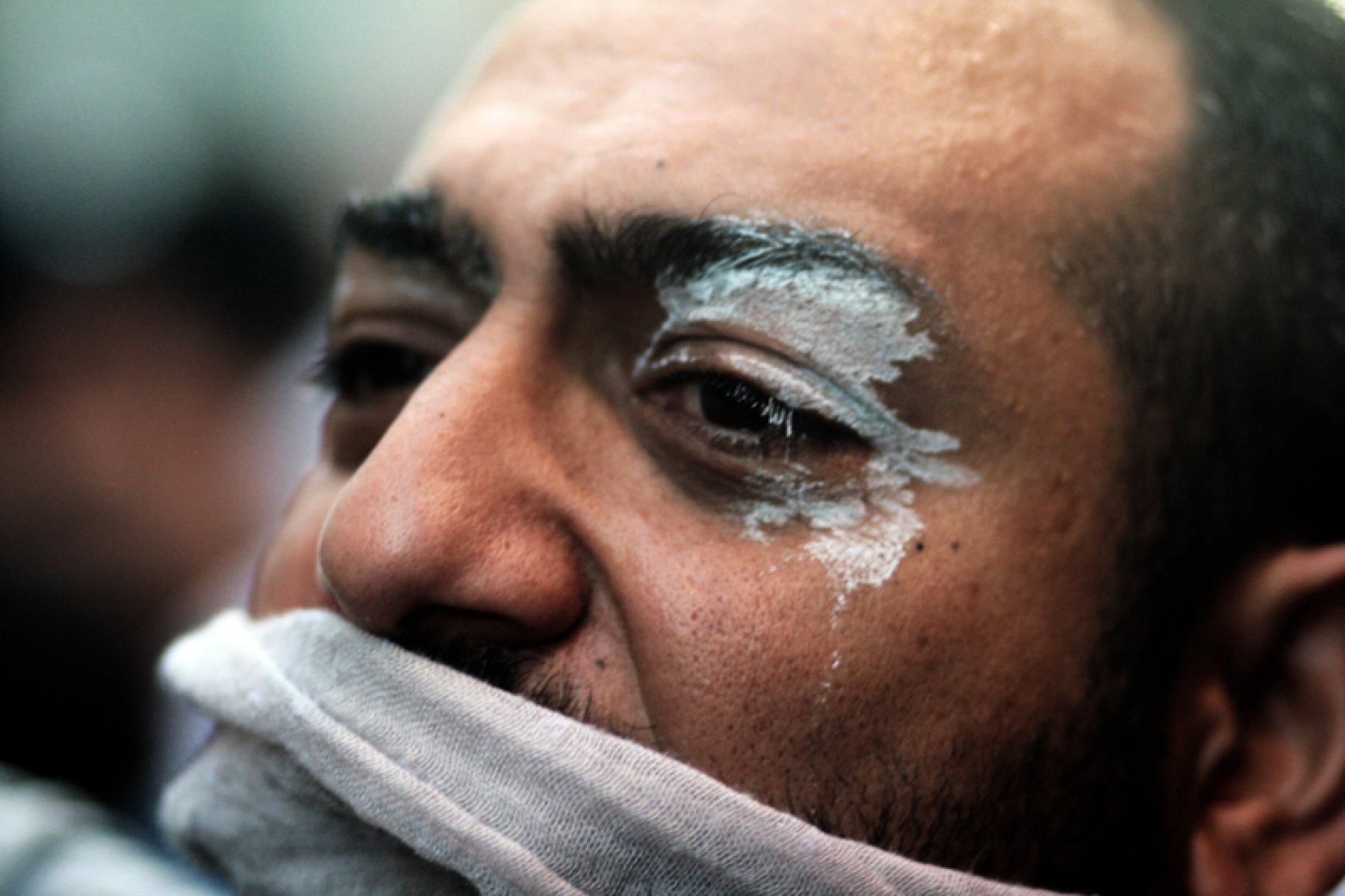 Most of Rusinek’s recent work is from the Middle East, simply because he has spent a few years living and working there, but he believes the elements of the conditio humana are particularly visible in the ever-changing political landscape of this region. Gezi Park, Istanbul focuses on a particularly intriguing political event that Rusinek witnessed first hand while he was living near Gezi Park. After peaceful protests were violently broken up by Turkish officials, the subsequent Gezi Park Protests erupted as millions of citizens held their ground against their heavy-handed government in an attempt to claim personal freedoms. Rusinek believes these protests marked a turning point in the political ideology of the Turkish people, “The rule of thumb [in Turkey] was that as long as the people are well-fed they don’t complain. The Gezi Park protests proved this wrong… Erdogan, the Turkish President, claimed that these people had no idea about politics, and he was partly right. Many never cared about their civil liberties until then. I could really witness a change of perception in my Turkish friends. A young generation became politicized. It was a huge gift to witness this and to see the protests’ peaceful and inclusive nature.” Rusinek certainly captured the emotional and human experience of being a part of this intense moment in history. His selection process for the Morpholio EyeTime contest was difficult, as he had a vast store of meaningful images that he needed to narrow down to just three for this series. He chose the leading image (pictured first in this article) for both the symbolic warpaint visual as well as the reality of the photograph, “This person applied a mixture of lemon juice and chalk to his eyes to prevent the burning from tear gas.” This image demonstrates the severity of the clashes between the protestors and police forces. Surprisingly, Rusinek somewhat regrets including the second image in the series (pictured above), despite its stunning visual impact. However, the final photograph (pictured below) is one of his favorites, “It tries to capture the dawn above Gezi Park. The protesters were very happy that their tents were still there and the park was defended for another night. I tried to make this photo look like C.D. Friedrich’s ‘Wanderer above the Sea of fog’ (bottom).” It’s clear that Rusinek has developed a unique and precise aesthetic style as well as a meaningful purpose as a photographer. To see Rusinek’s two other series that gained recognition in the Morpholio Eyetime 2015 contest, Jerusalem and People of the Middle East: Iraq, Israel, Palestine, as well as other winning series, visit MyMorpholio.com.