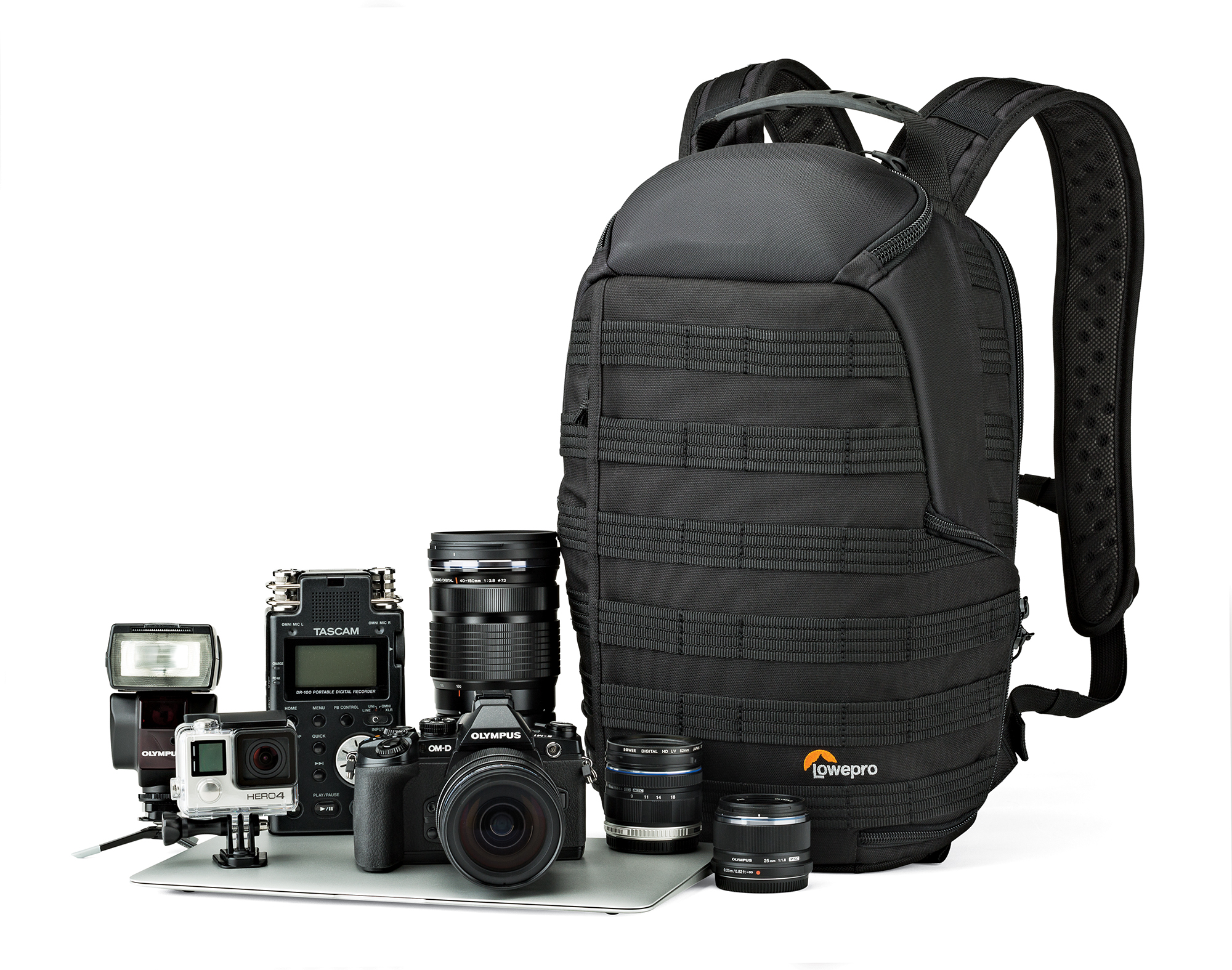 Though claiming that by itself, going mirrorless is going to make your backpack lighter isn’t as true as many of us might hope, there are many ways to reduce the size and weight of your gear when traveling. One such way is picking up an Olympus or small Sony camera and a few compact lenses and picking a backpack to match. Lowepro has you covered on that second bit with their ProTactic BP 250, a smaller, more compact version of their popular ProTactic series that will keep safe your smaller equipment in a much more manageable size.

The ProTactic 250 is built basically identically to its larger brethren, just in miniscule. Though you can fit a larger camera in the bag (I managed to squeeze a Canon 5D Mark III in it), it’s not really what this bag is suited for. It does carry a tablet/small computer, small mirrorless camera (like an Olympus Pen) and a few lenses along with other accessories you might need to get a shot. It’s not going to carry a full size computer and it will struggle with larger lenses… but that’s the point: it forces you to get lean with your gear kit and in exchange, you can focus on being more mobile.

The build of the ProTactic 250 is tough and rugged, and the zippered “cap” on top of the bag feels downright armored. Placing your camera there will allow for quick access to it without exposing the rest of the interior and without sacrificing protection. The bag also has the side-access zipper if you prefer your camera to have a bit more nestled protection in the lower region of the bag. I think that’s what makes the ProTactic so lovable: it’s ability to adapt. Though tiny, the bag has several different ways it can be used depending on the taste of the wearer, which means you aren’t forced into a certain use-case with it. The interior is completely re-arrangeable to whatever you like, and the included dividers are tough and sturdy, what is becoming a trademark with Lowepro bags.

The ProTactic has rather impressive structural integrity. I don’t like saggy, floppy bags when transporting gear. I want to know that the equipment I’m carrying doesn’t rub against one another, or get smushed against the side of the bag that I will inevitably drop on the ground or lean against. The ProTactic is surprisingly sturdy. I can’t really twist it or bend it in any direction without feeling the bag fighting back, attempting to remain straight and rigid. It feels very well constructed and gear inside stays safely in place. 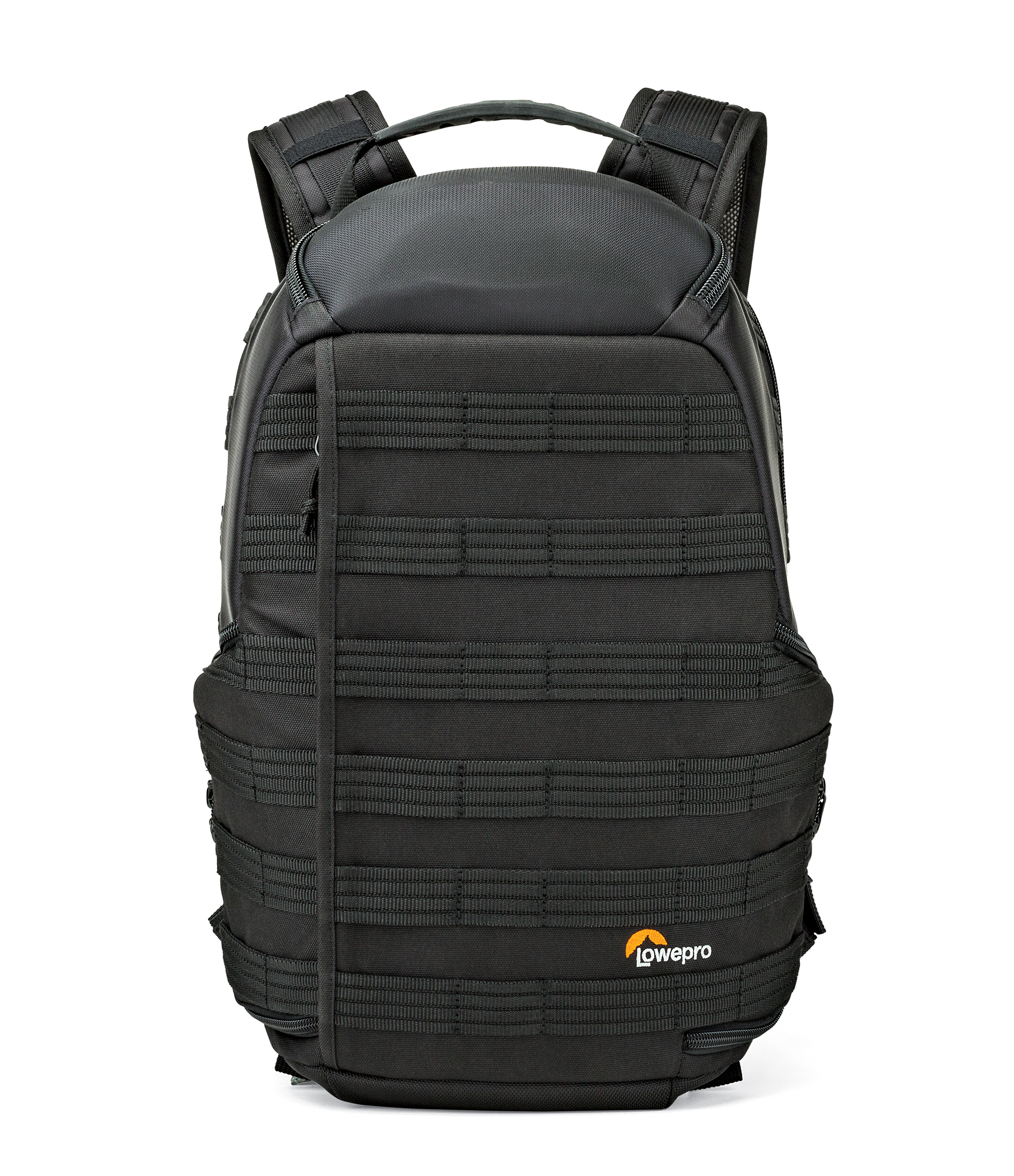 The laptop/tablet sleeve is located in the back panel and is well padded despite the bag’s slim profile. There is room for a few other small items in the back panel, such as batteries or memory cards, but again don’t expect to pack too much into this guy. In fact, if you find yourself thinking it is too small, it’s clearly not what you’re looking for in a bag. This is supposed to be a very small, very portable solution and there it does excel… at the cost of much of the pocket space I generally gravitate towards with bags.

Like the original ProTactic bags, the 250 has exterior nylon straps that can house a variety of add-ons. If you insist on carrying more accessories, LowePro provides pouches that can strap to the outside of the bag and hold cables or other small necessities like an intervalometer or additional batteries. It also comes with a tripod foot and strap which lets you carry smaller tripods with you. Avoid using something too large though, as the bag can really only support travel-sized tripods or, as shown below, a larger GorillaPod. 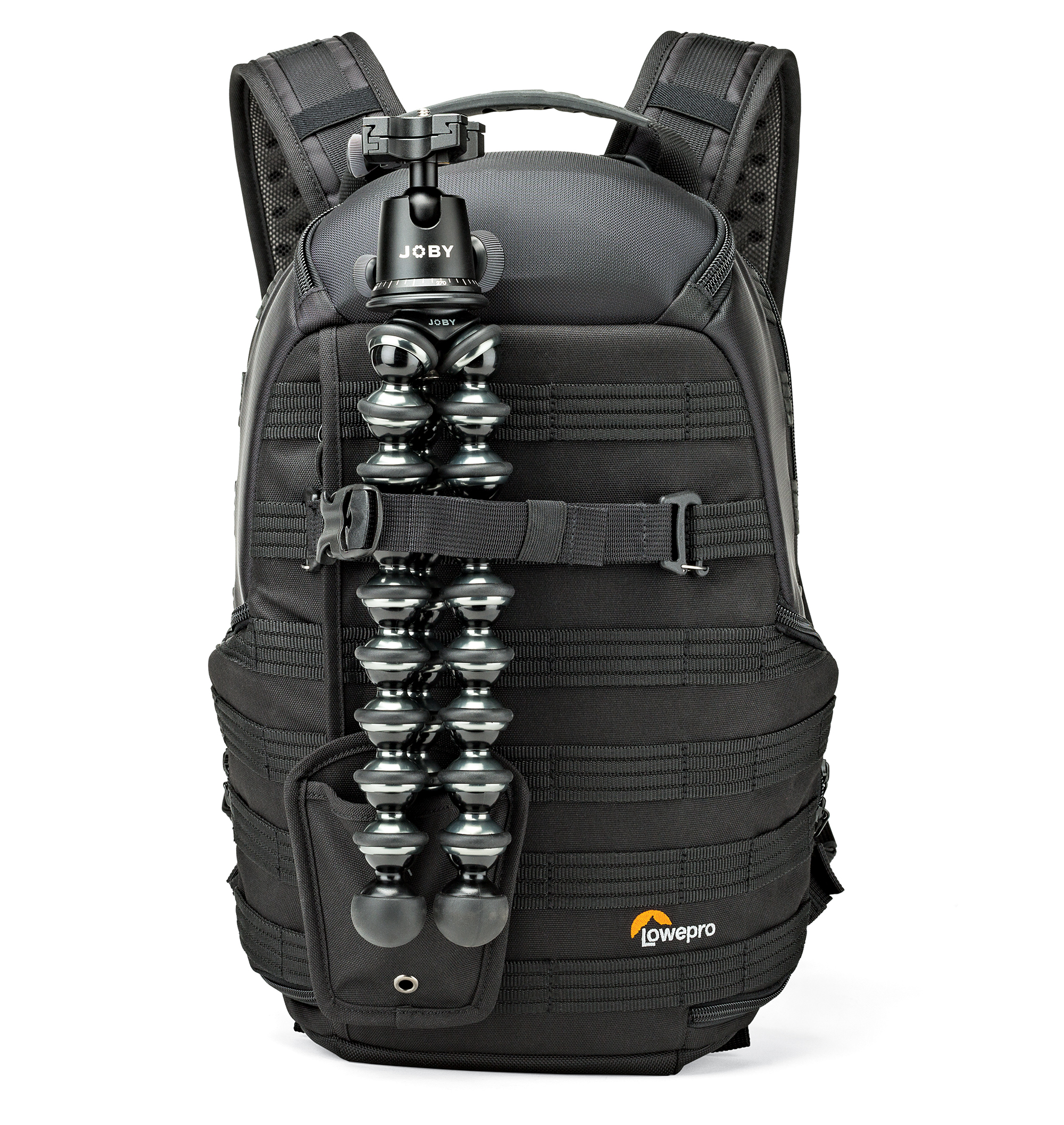 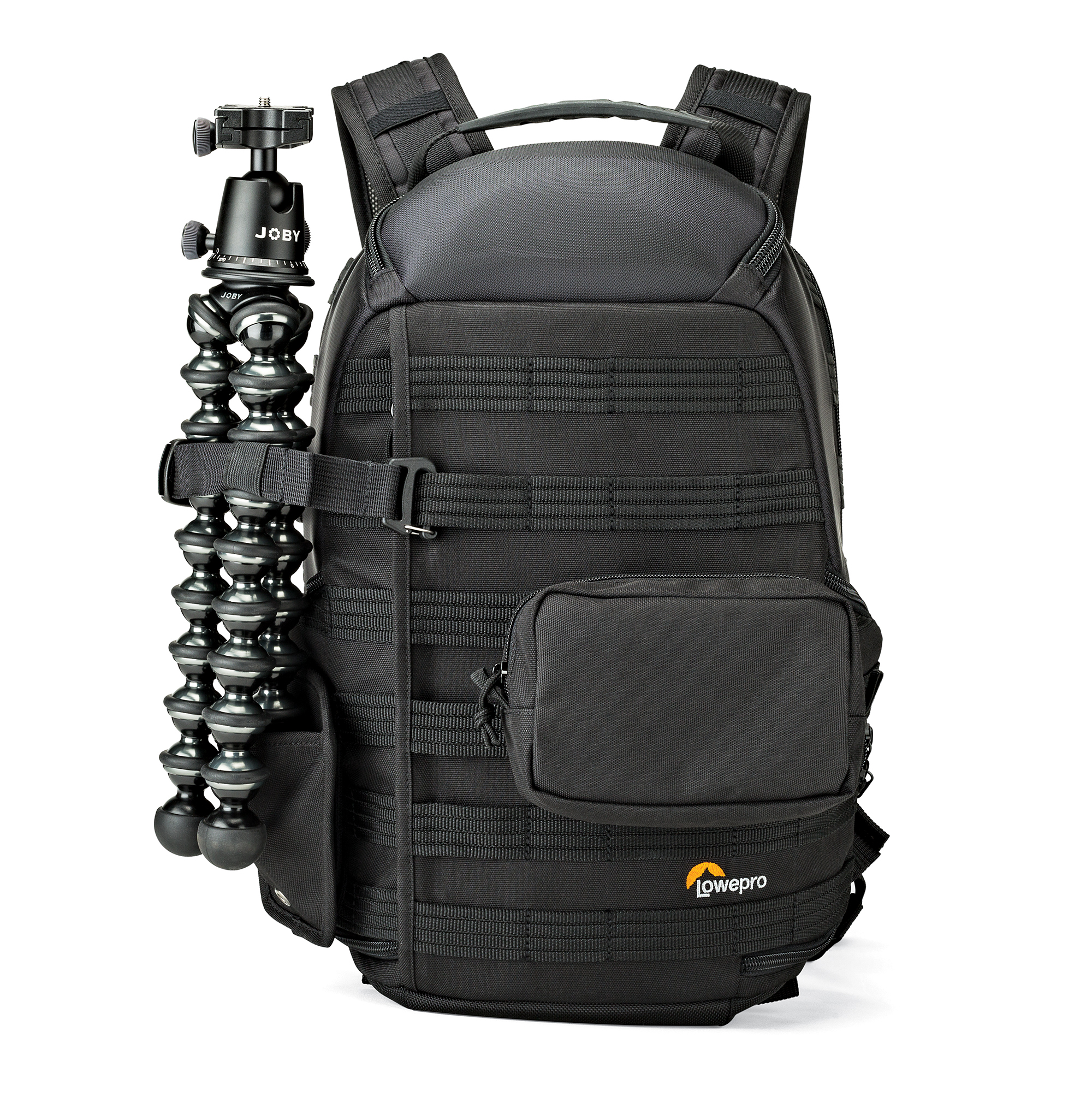 The only real let-down with this bag are the straps, which are not particularly well padded or rigid. They lack any kind of shoulder adjustment, but this is normally only a problem if a bag is capable of getting very heavy. The ProTactic 250 can’t really (unless you fill it with lead), so the fact that the straps are what would be considered sub-par on a larger bag are adequate here. If you use the bag as intended, with the smaller gear it’s more suited for, you should not have a problem with how the straps fit on your shoulders, male or female.

That’s really all there is to this tiny bag, and I think that’s ok. It’s small, simple and tough: all things I look for in a small day bag.

Perhaps the biggest question here is who this bag is for. Most folks who are fans of the ProTactic would likely lean towards the larger original, since they will likely want bigger equipment with them when they travel. Amateurs and hobbyists tend to gravitate towards the sling-style bag, or something that looks good strapped across their shoulders while they walk through New York. The ProTactic isn’t a “pretty” bag: it’s design built for function. It excels at that function, and if you’re looking to have a bag that sits between the looks of an ONA and the pro-feel of the original ProTactic, then the ProTactic 250 is an excellent choice. We give the ProTactic BP 250 four out of five stars.