Peer to peer photography gear lending site, Camera Lends, has created an iOS application to compliment its website. The site, which allows users to loan out their gear for prices that they set, has grown in popularity since its launch in 2013 so it was only a matter of time before they went mobile.

The application works in over 600 cities nationwide allowing those in need to gear another option to rent outside of the, generally, much more expensive brick and mortar options found locally. 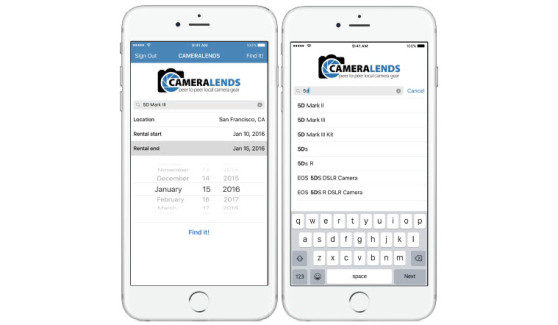 Upon browsing the listings found in the iOS app and online I can confirm that these prices are at least 30 to 40 percent less than what you would pay in a store, maybe even 50 percent.

The company will fully replace any stolen or damaged equipment, valued up to $7500, according to their FAQ’s page, for those weary of lending out their equipment to strangers.

You can download the app from the App Store.