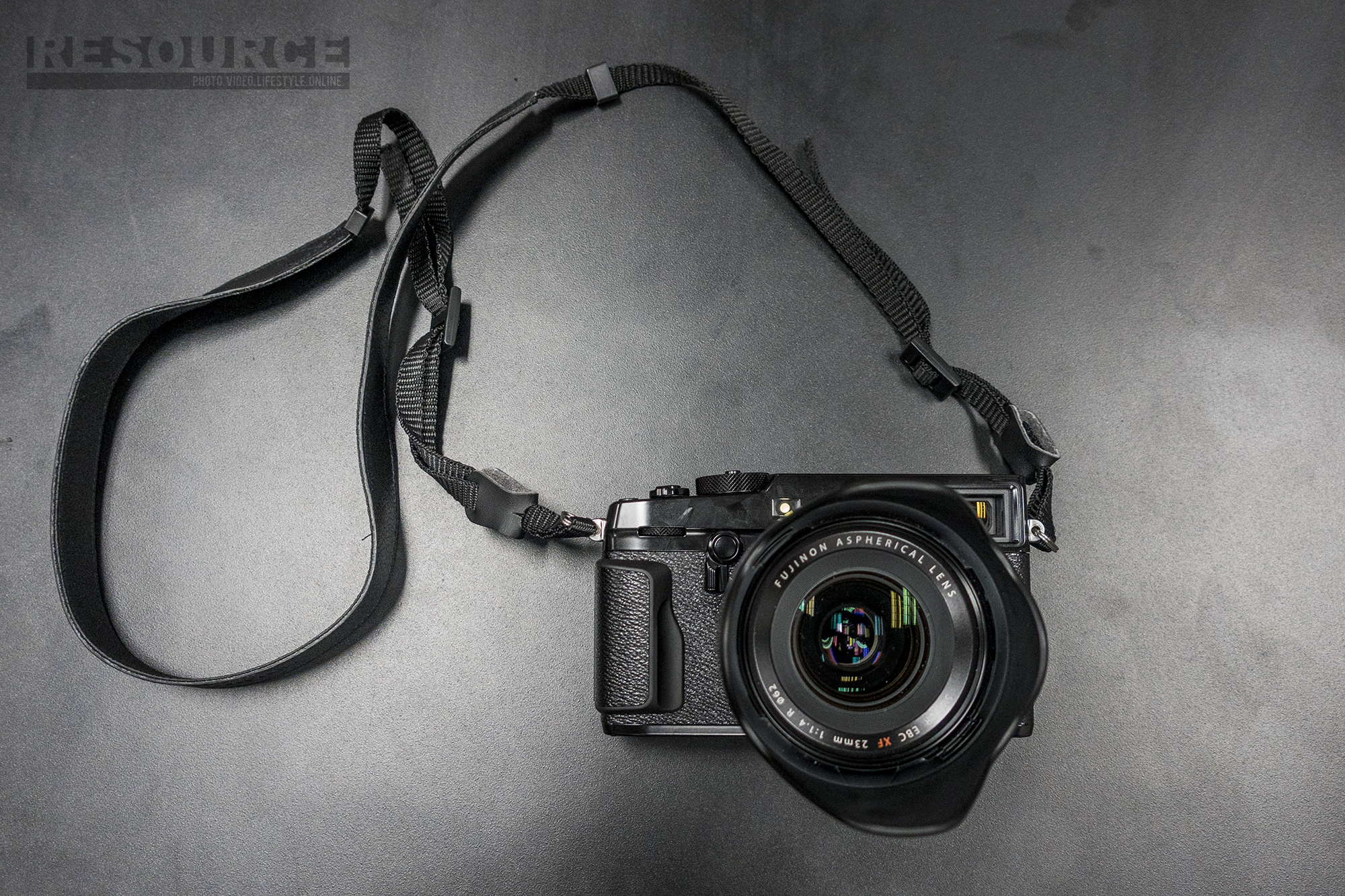 Hands-On With a Long-Awaited Successor: The Fuji X-Pro2

Fans of Fuji have been clamoring for it for a while now, and Fuji has finally delivered: the Fuji X-Pro2 was officially announced today, with a 24.3MP APS-C X-Trans CMOS III sensor and the world’s first “Advanced Hybrid Multi Viewfinder” with 2.36 million dots and maximum speed of 85 frames per second. The X-Pro2 can also autofocus as fast as 0.o8 of a second with a maximum ISO performance up to 12800 sensitivity, extended ISO of 100, 25600 and 51200. We got a hands-on with the new camera last week and we were impressed: this is a beautiful looking and feeling rangefinder for the modern photographer.

Fuji is touting the new “Advanced Hybrid Multi Viewfinder” and they should, it’s really something special. It’s a rangefinder diopter that will appeal to fans of the format as well as newcomers. Fuji designed the diopter correction mechanism with an eye point of 16mm and a telephoto bright frame with enlarged focal length of 140mm.

The FUJIFILM X-Pro2 has the world’s first Hybrid Multi Viewfinder that allows photographers to take advantage of both an optical finder for a direct view of the subject as well as an electronic viewfinder to preview settings. The ability to instantly switch between these two types of viewfinders was first installed on the FUJIFILM X100 in 2011, but the latest version found on the X-Pro2 is the most advanced. It now features a Multi-Magnification function that automatically switches viewfinder magnification according to the lens in use and an Electronic Rangefinder that simultaneously displays the electronic viewfinder on top of the optical viewfinder. 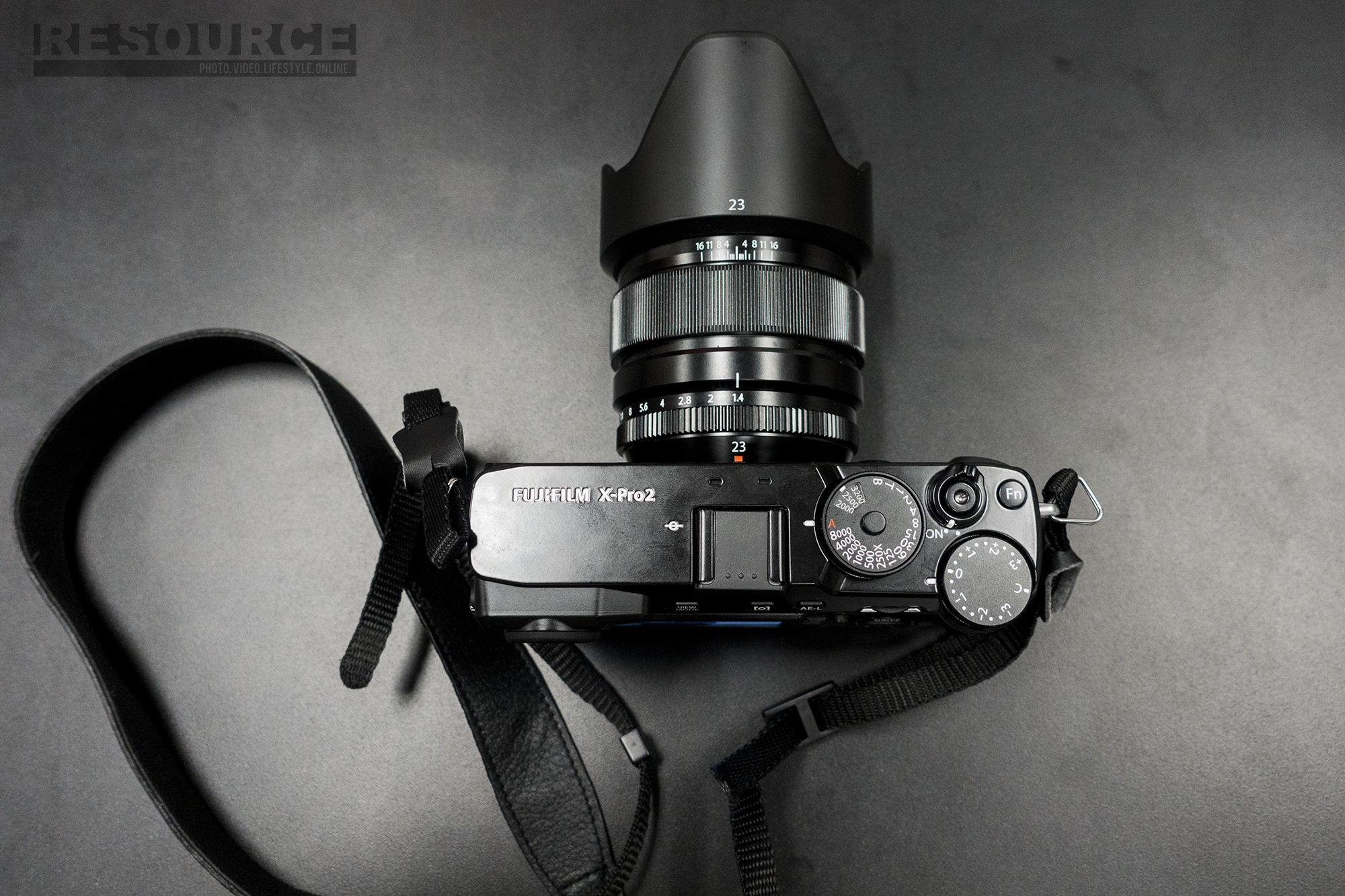 The new X-Processor Pro makes taking and reviewing the 24.3 megapixel images a near-immediate process, dramatically improved over the first iteration of the camera.

Working together, the newly developed 24.3MP X-Trans CMOS III sensor and the high-performance X-Processor Pro image engine deliver pictures with a perceived resolution far greater than the actual number of pixels used. Moreover, the X-Pro2 now boasts 4x the processing speed of conventional image processing engines, which in turn gives users increased response times, even with the increased resolution. The powerful X-Processor Pro dramatically improves a wide range of response times, including a start-up time of just 0.4 seconds, the shortest shooting interval of 0.25 seconds, a shutter time lag of 0.05 seconds, and autofocus speeds as fast as 0.06 seconds. And with the option to use compressed RAW files, the X-Pro2’s performance and functionality now exceed the needs of professional photographers, including faster live view and even higher definition movies. 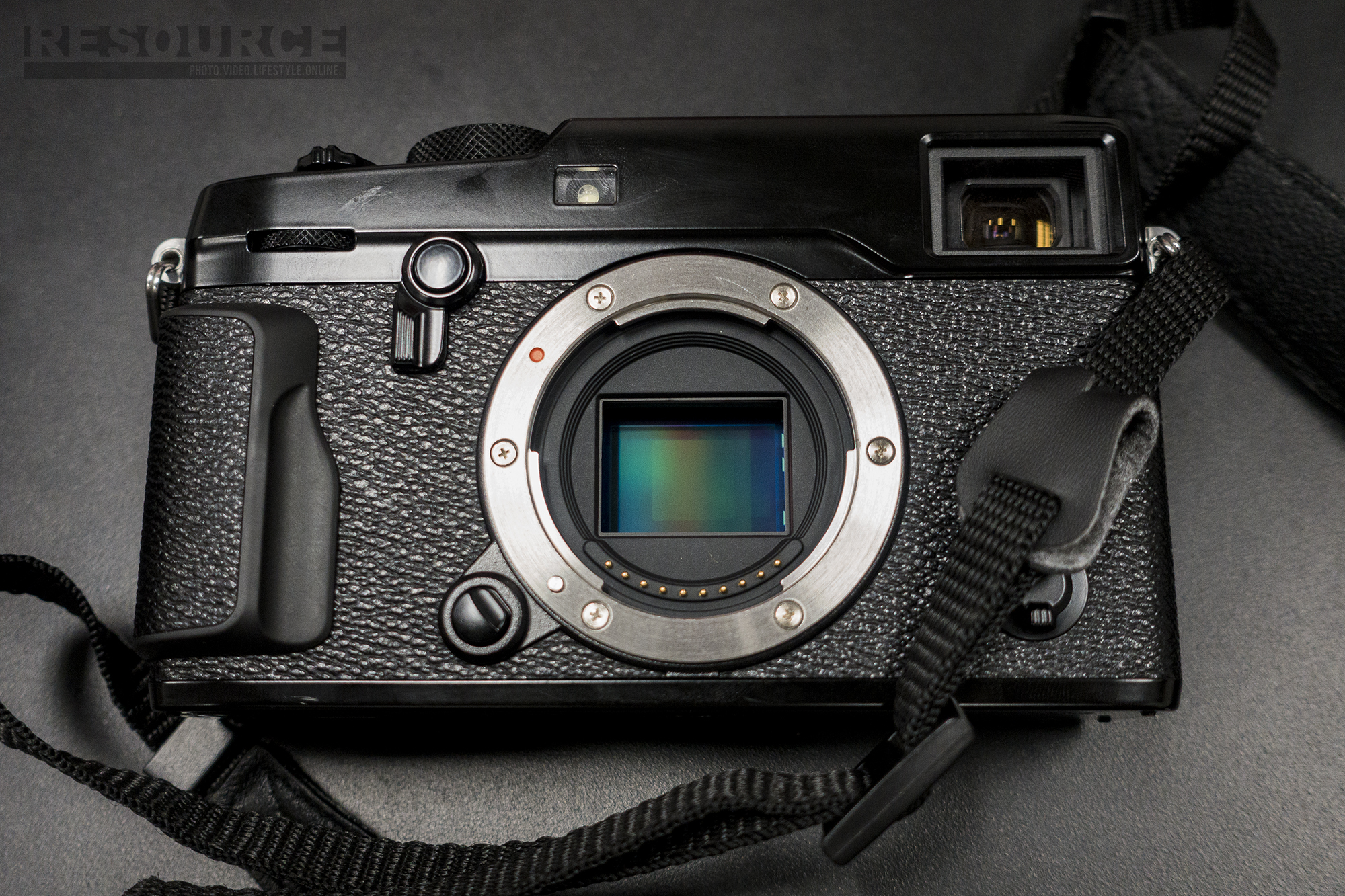 The autofocus is quick, snappy and reliable using a combination of phase detection and motion predictive autofocus for continuous shooting up to eight frames per second. It comes armed with 273 AF points, 77 of these are phase detection. That autofocus can quickly snap from one focus point to another as fast as 0.08 seconds- which is really fast. Approximately 40% of the imaging area is now covered by phase detection AF pixels, which means focusing speeds when photographing moving subjects have improved dramatically. By combining the processing capabilities of the new X-Processor Pro with a contrast AF readout speed that is 2x faster than before, the X-Pro2 delivers the fastest AF performance ever in an X-Series camera. In hand, in a dimly lit room, it felt very accurate and reliable. We will of course require more field testing before we can truly evaluate performace, but in our short time with the X-Pro2, we had nothing to complain about in this department.

Fuji built the X-Pro2 camera chassis from four pieces of magnesium alloy for durability, and to be dust and splash resistant it contains more than 61 points of weather sealing. The X-Pro2 is also freeze resistant down to 14 degrees Fahrenheit (-10 degrees Celcius).

The FUJIFILM X-Pro2 features Command dials on both the front and rear of the camera. And by adding a push function, they are easier to use, and still retain dust and water resistance. There are six function buttons to allow easier access to regularly used functions, and a new Focus Lever enables users to quickly select a focusing point, speeding up operation.

The rear LCD is bright and crisp, probably do in large part to the 1.62 million dots Fuji crammed in there. The X-Pro2 is armed with dual memory card slots (Slot 1 compatible with UHS-II Standards) and has an improved electric charge transfer rate for ultra-fast readout speeds. Fuji also built in an interval timer for shooting time-lapse sequences of one second to 24 hours, or up to 999 frames (whichever comes first).

Other tidbits of interesting information:

How does it feel in hand? In a few words, pretty darn nice. The weight and balance of the X-Pro2 is classically rangefinder, with that boxy design that is popular with the medium. That said, the slight grip on the right hand side of the camera feels great, and makes holding the X-Pro2 feel easy and natural. Every button is within reach and easy to handle, and the vast array of Fuji lenses all feel at home on the system. 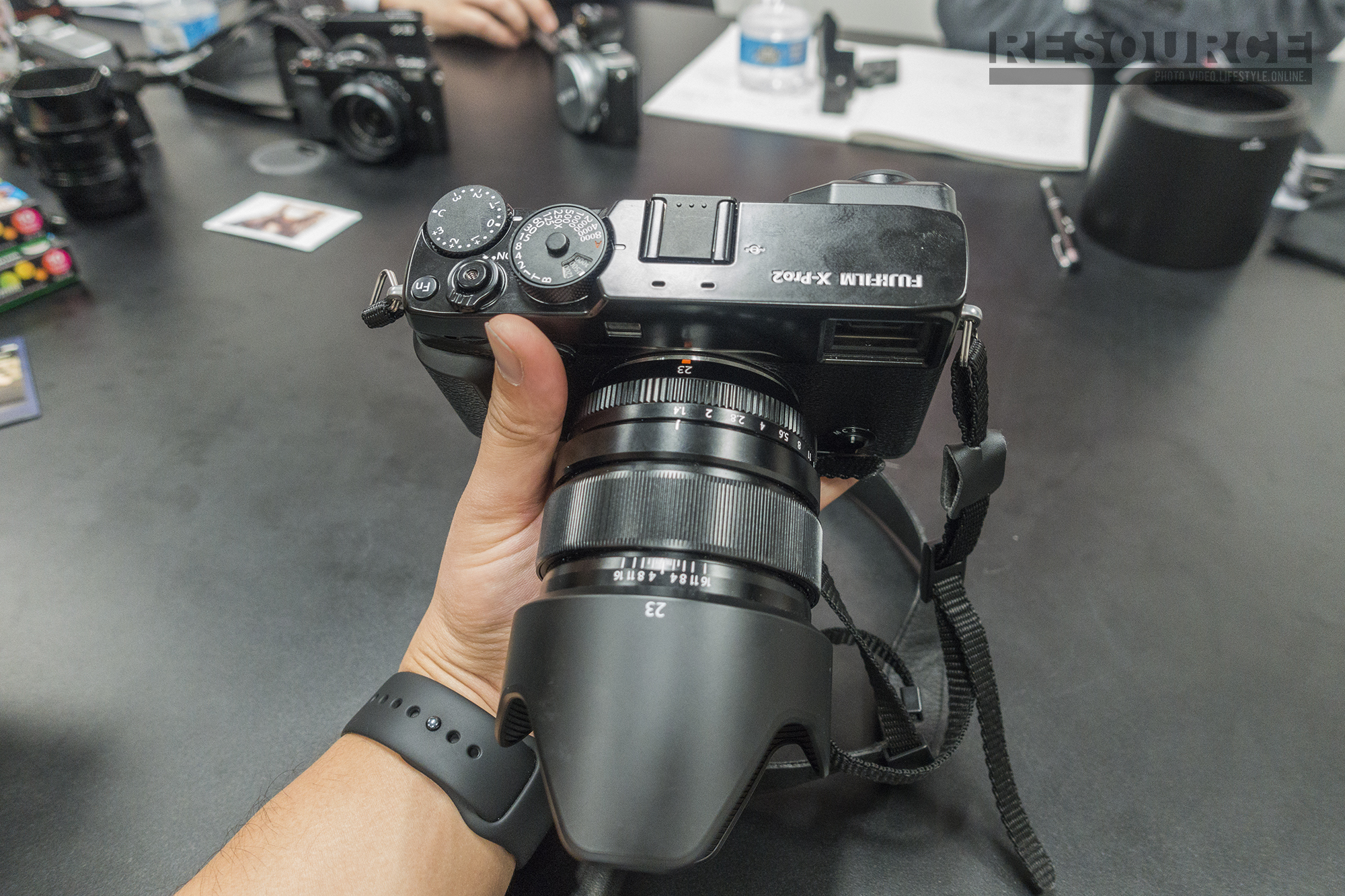 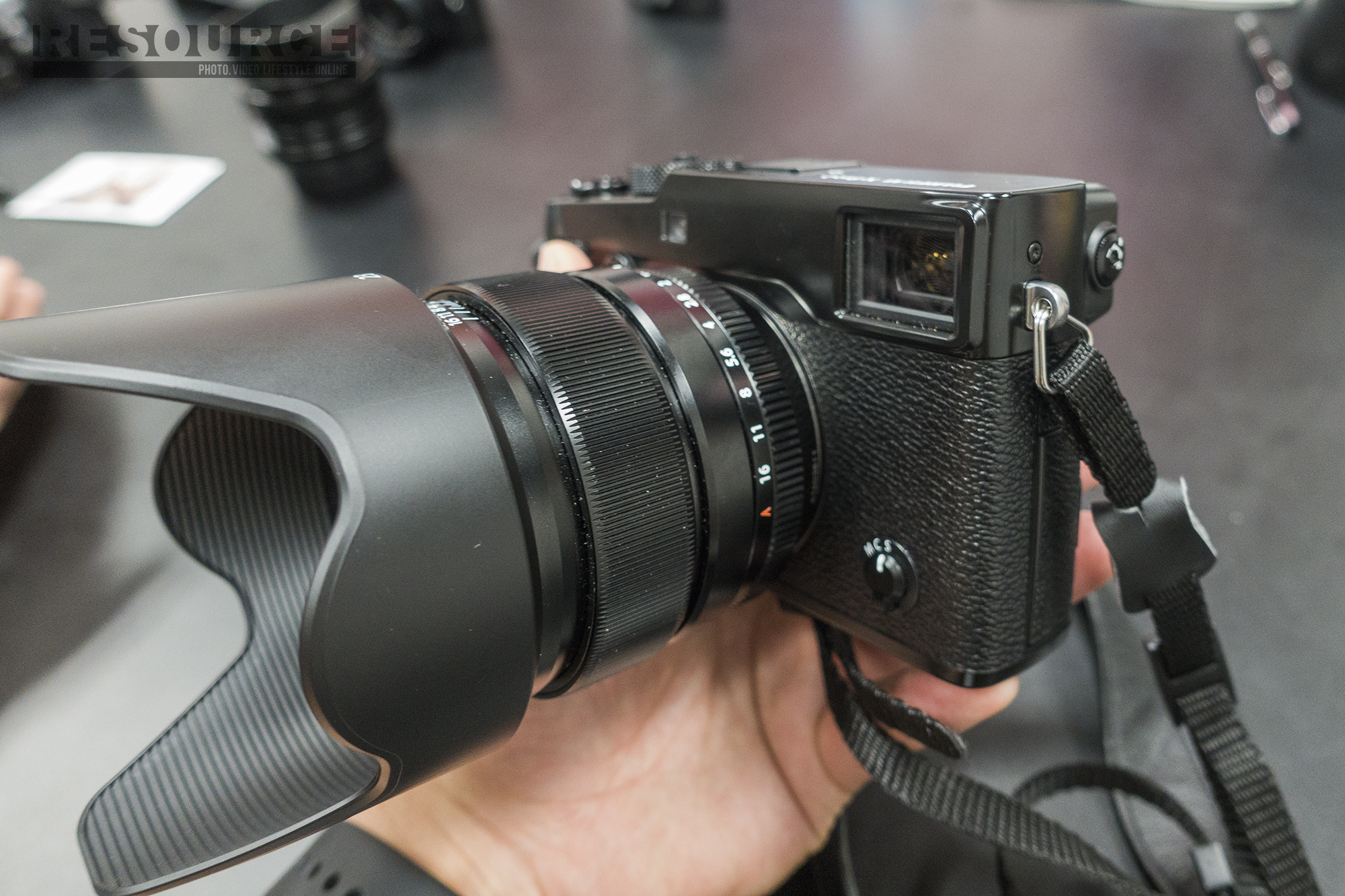 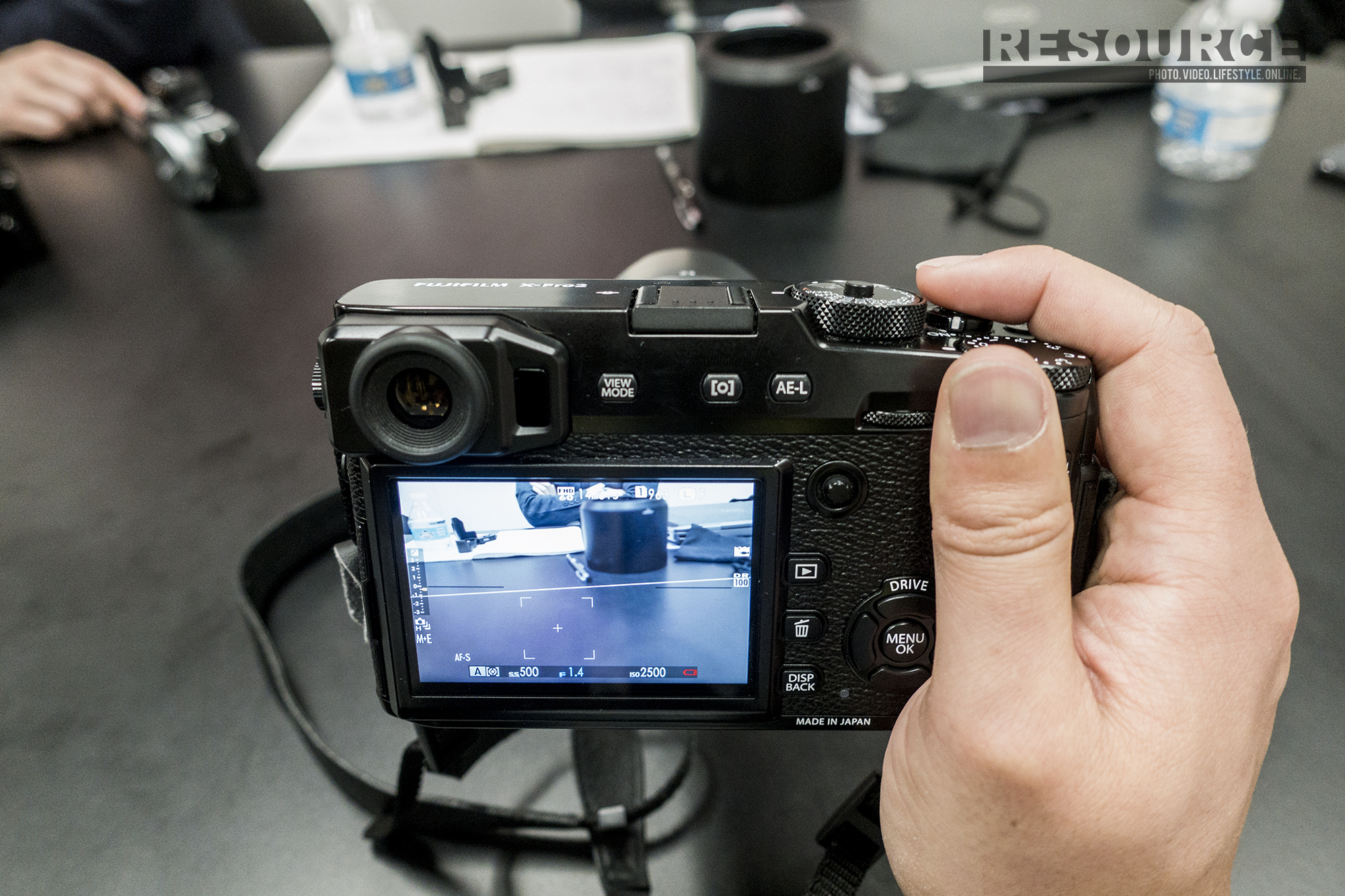 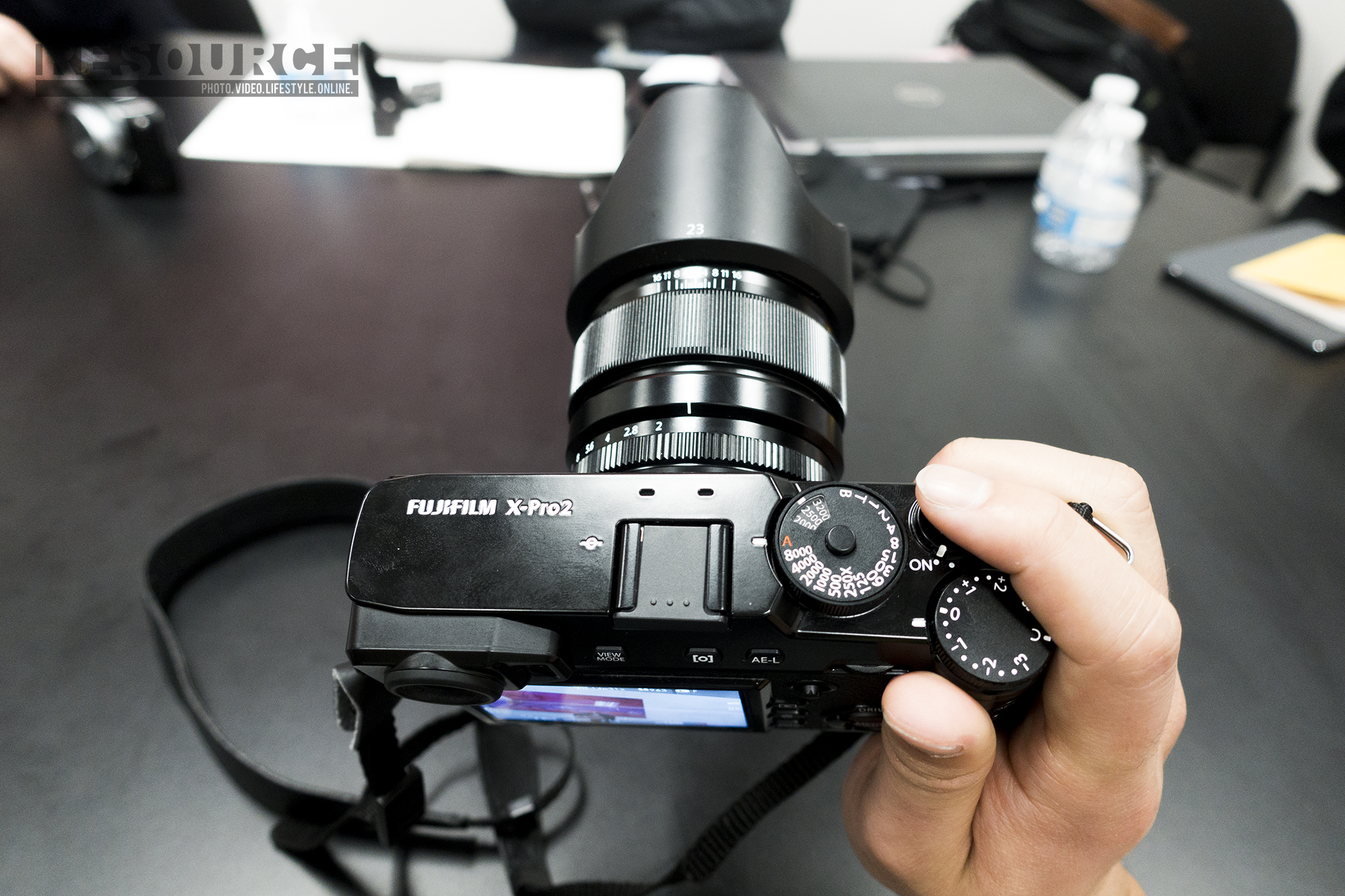