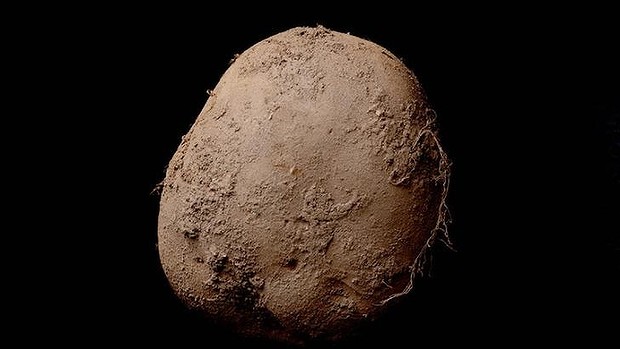 Photograph of Potato Sells for $1.5 Million

Photographer Kevin Abosch, who gained notoriety through his black backdrop portraits of prominent figures such as Johnny Depp and Steven Spielberg, just sold his shot of a potato f0r $1.5 million to an unnamed European investor. Yes, you read that right.

According to a Sunday Times report, the investor visited Abosch’s home and saw the photo hanging on the wall. After a few glasses of wine and some negotiating, the two agreed on the purchase price two weeks later.

Abosch printed the photograph of now-famed potato in 2010 after he received a shipment of organic vegetables. There are three prints of this potato in existence: one donated to the Museum of Contemporary Art in Novi Sad, Serbia, Abosch’s personal print, and the one sold to the anonymous investor. Abosch acknowledged that some may consider the sale “absurd,”adding that the potato photo was his highest selling print to date.

I guess we shouldn’t think twice about photographing our food.