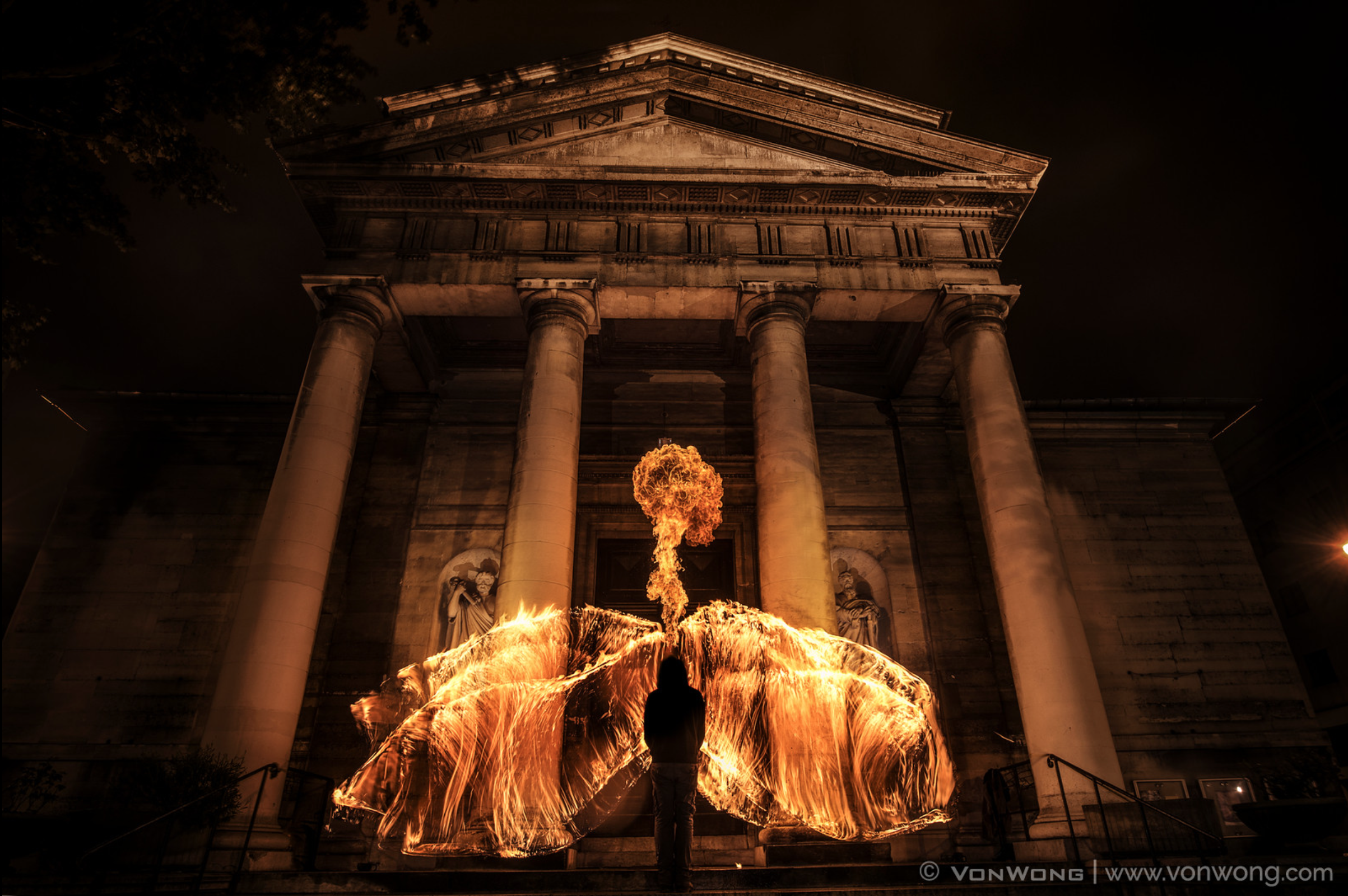 Benjamin Von Wong is one of those photographers whose images are instantly recognizable. Thanks to his outrageous, real action scenes and sense of visual humor, he has become known for his virtuosic photos. Resource got the chance to talk with Von Wong about his experience as a young photographer and how he is able to create such mystical scenes.

Like many people, Von Wong initially used photography as a way to cope with the world, “I discovered photography wanting to take pictures of the stars after a nasty breakup while working in the mines of Winnemucca, Nevada. Since then… well let’s just say that it’s been a wild ride. I would have never pictured getting to where I am today.” He got to where he is in through a common route as well. Initially, he would take on multiple gigs a week, paid of unpaid, on top of his full time job at the mines. Then, when Broncolor, an industry leader in professional lighting, discovered the amazing work he was doing, they decided to offer him a sponsorship as a Gen NEXT Ambassador, “Being selected as a GenNEXT ambassador has opened up a ton of possibilities. Not only did it give me access to premium equipment that I would have never been able to afford on my own, I have benefited from the positive association of being sponsored by such a prestigious company.” 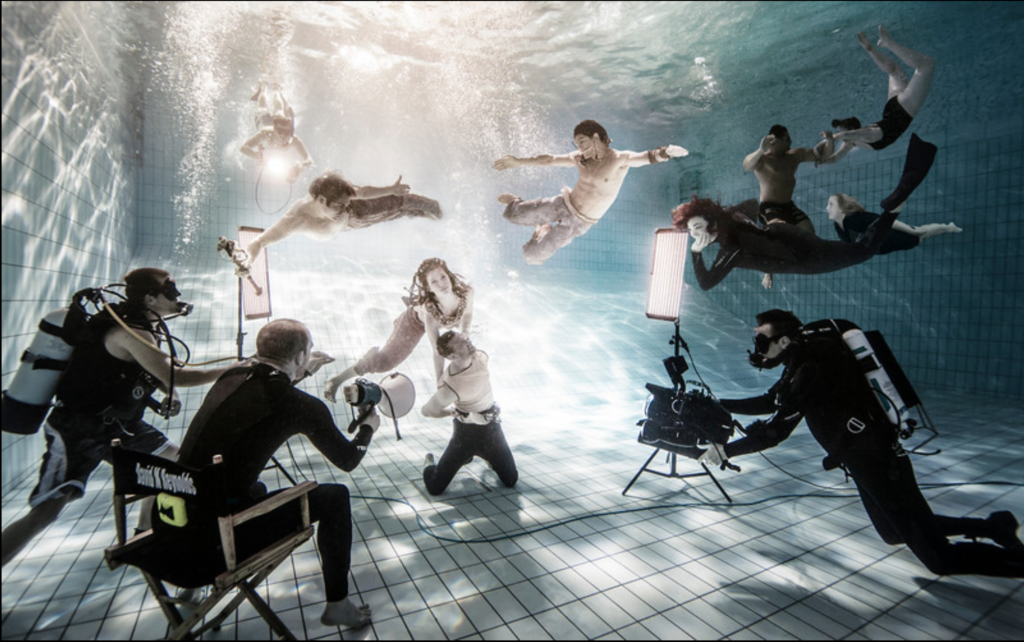 Now, the Gen NEXT program has shifted into a competition but still functions as a curation of the most promising young photographers in the industry. Von Wong’s photographic style really began to solidify and be recognized after he won this Broncolor sponsorship, thanks to his newfound access to world-class lighting. Above, you can see one of his most impressive surrealist images, one that exemplifies the style that is so intriguing in his work. Not only does the setup itself bridge the gap between reality and fantasy, but by including the entire crew in the frame he points out that the making of this image would be next to impossible. Von Wong says of this effect, “I try to create work that people want to study for just a couple seconds more – wondering how they’re done. There is usually a component of surreality to all of them that makes people want to know more – and that’s where the behind the scene videos and blog post come into play.” These behind the scenes videos are worth watching on the How it’s Done section of his website.

None of these types of images would be possible to make without extremely versatile, reliable, and mobile equipment. For Von Wong, this type of equipment became readily available to him thanks to his Broncolor sponsorship, “My two favorite pieces of Broncolor gear are the move packs as well as their iconic Parabolic umbrellas. Having 1200 watts of power on location combined with the 3-dimensional quality of the parabolic is truly a blessing.” That quality is evident in the below image that’s just dripping with depth and interest. Von Wong says of the experience of making this photograph, “Creating this image was challenging for a few reasons – first was that we had an enormously large area that needed to be lit. Second, we were only allowed to shoot close to sun down which meant that the light was constantly decreasing. We would be literally racing against the clock.” 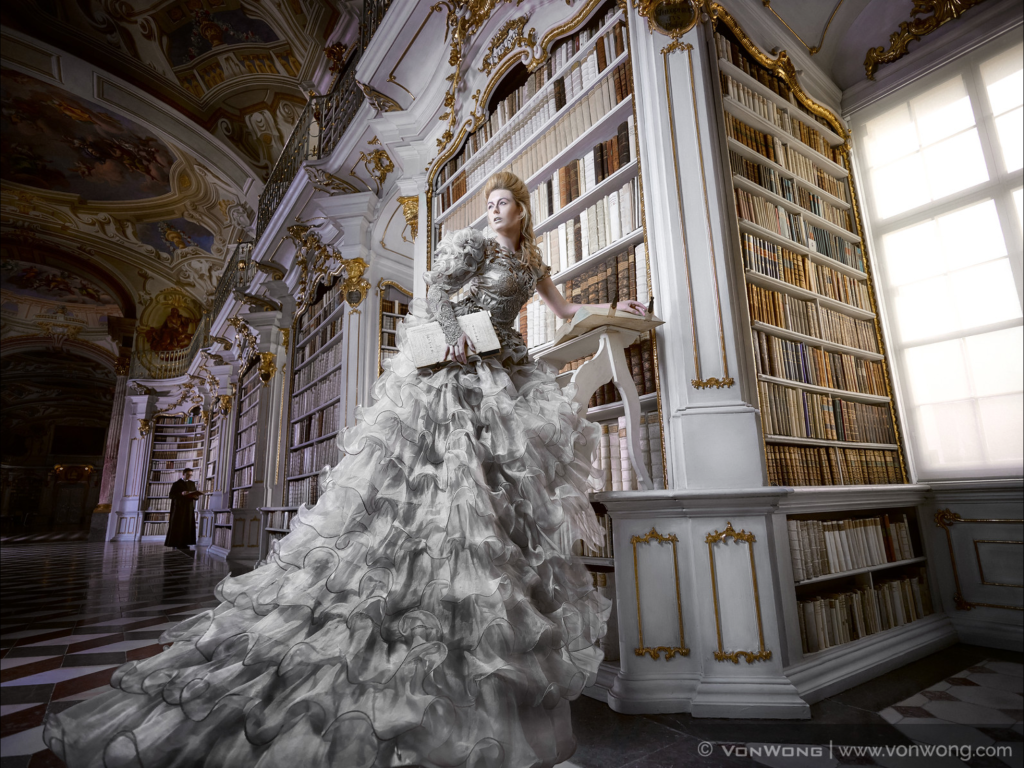 Below you can see a behind the scenes shot of the entire setup. Von Wong described how he was able to create this beautiful, full lighting effect in a difficult space, “Balanced against the ambient light streaming from the window, a Broncolor Para 133 was used as the main light from camera left to light our beautiful model while a 90×120 softbox was positioned approximately 45 degrees in the rear to create a separation light whilst illuminating the bookshelf. Another 90×120 softbox was used to light up our Monk in the background whilst a Lithos head was pointed in the rear to light up the entire library. Having access to the battery powered Move kit was amazing, and being able to dial the power all the way down to compensate for the dropping ambient light was instrumental to creating this shot.” 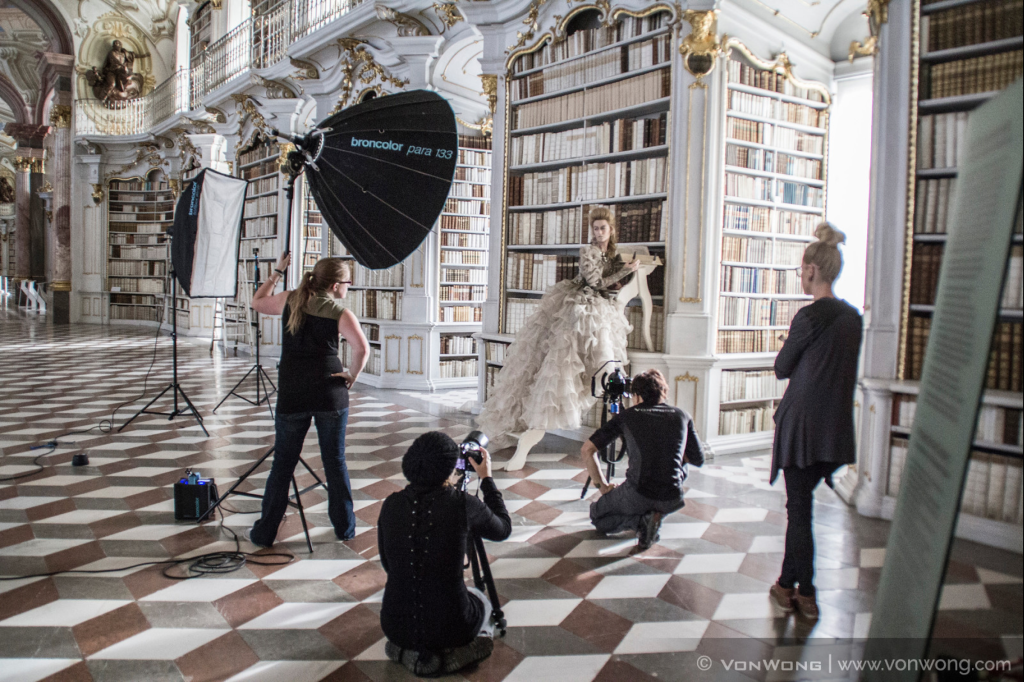 Luckily for the rest of us, the opportunities afforded to Von Wong from his Broncolor sponsorship are available to all young photographers. By entering the upcoming Gen NEXT competition, open January 15, you get the chance to win a Broncolor sponsorship worth $24,000 and a huge boost in name recognition thanks to Broncolor’s vast network and industry recognition. With the amazing work of past Gen NEXT Ambassadors like Von Wong, this is certainly a competition that every young photographer should look toward.