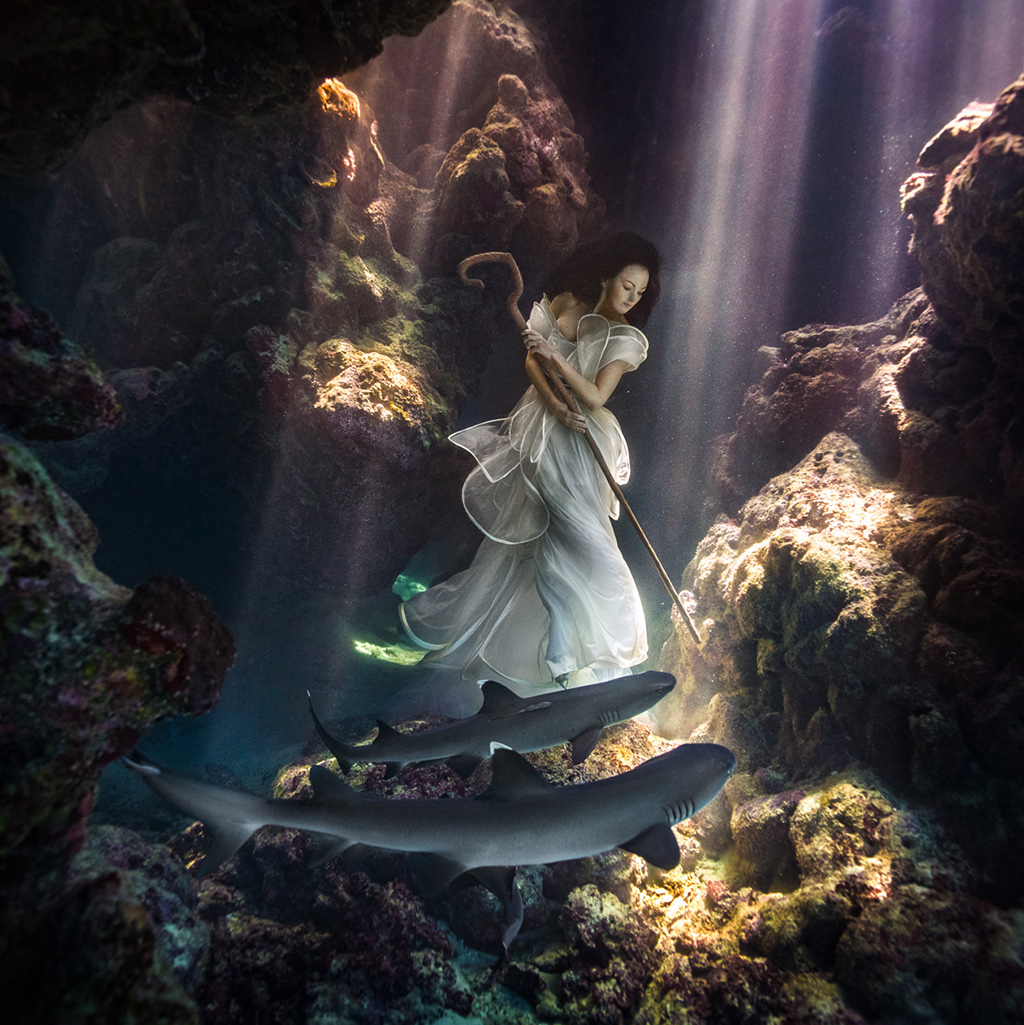 Ben Von Wong isn’t afraid to dive head first into a photo series, and he did quite literally in his most recent project, which involved SCUBA diving in Fiji. The concept was to create a vision of a “shepherd of sharks” by photographing a model underwater, with actual sharks as part of the photograph.

A team of divers, videographers, the model, and whole bunch of gear made their way into the watery depths, while keeping safety as the number one priority. Luckily, the model being used was a freediver (Amber Bourke) so she had plenty of experience holding her breath for a very long time.

Not only was this a dangerous shoot, but communication was tricky to say the least, as being underwater obviously make talking next to impossible. On top of all of that, the window of time the crew had to work in was extremely limited. From Ben Von Wong’s blog:

…we only had a tiny two-hour window every day, between 11 AM and 1 PM, where the sharks would be active and light rays visible. 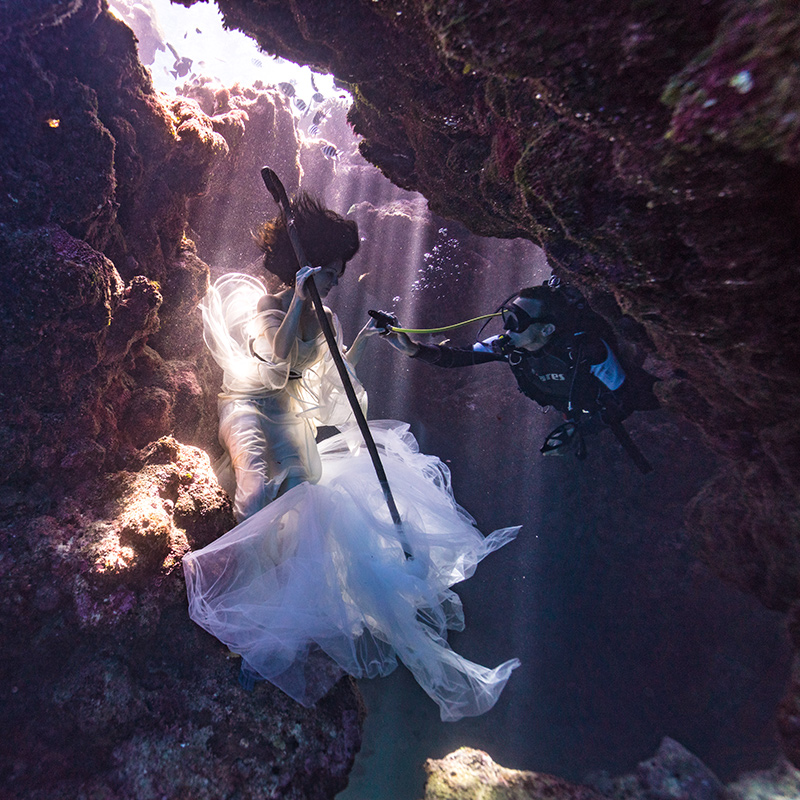 You might recall Ben’s previous project about climate change; it seems as though he is moving toward doing more photo series that have a goal of creating discussion and awareness about topics he feels strongly about. Very cool to see a photographer use their art and ability to influence for this kind of purpose. Below are some of the stunning final images. 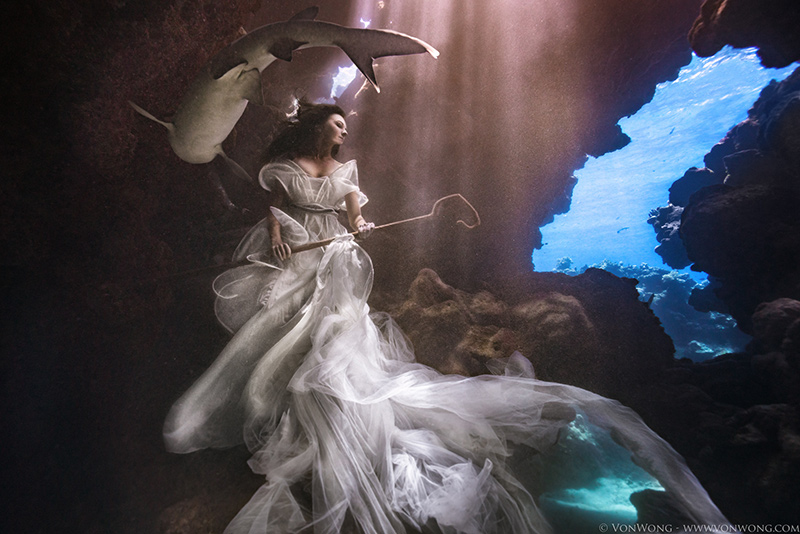 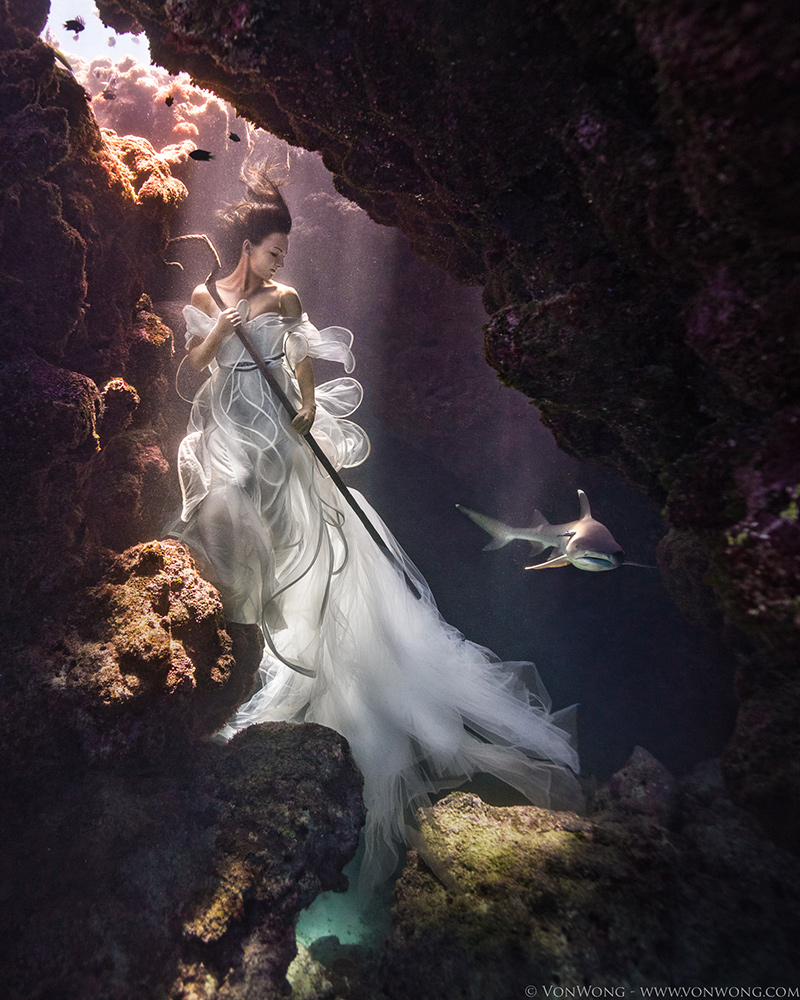 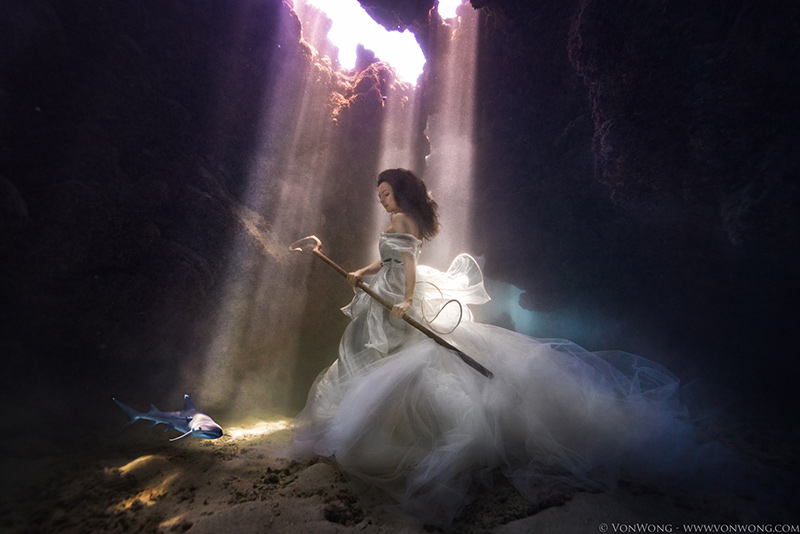 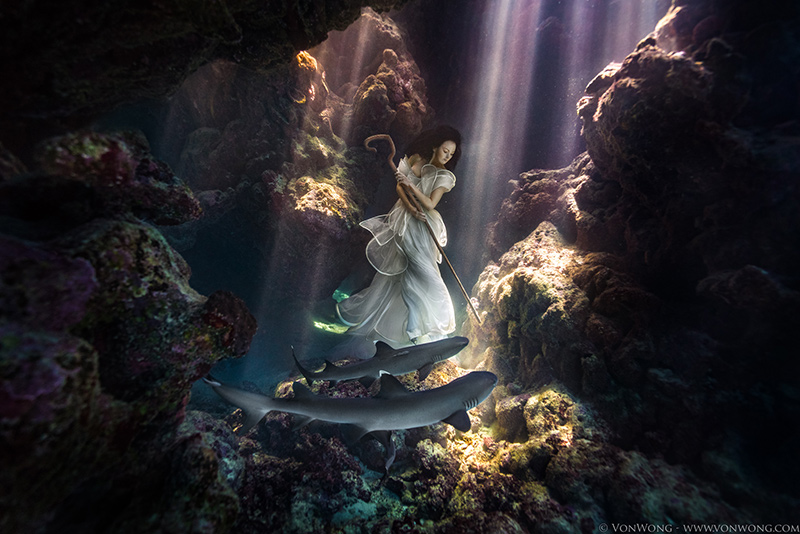 To find out more about this project check out Ben’s blog post, and to learn about what you can do to support the protection of sharks, check out the petition at Change.org.