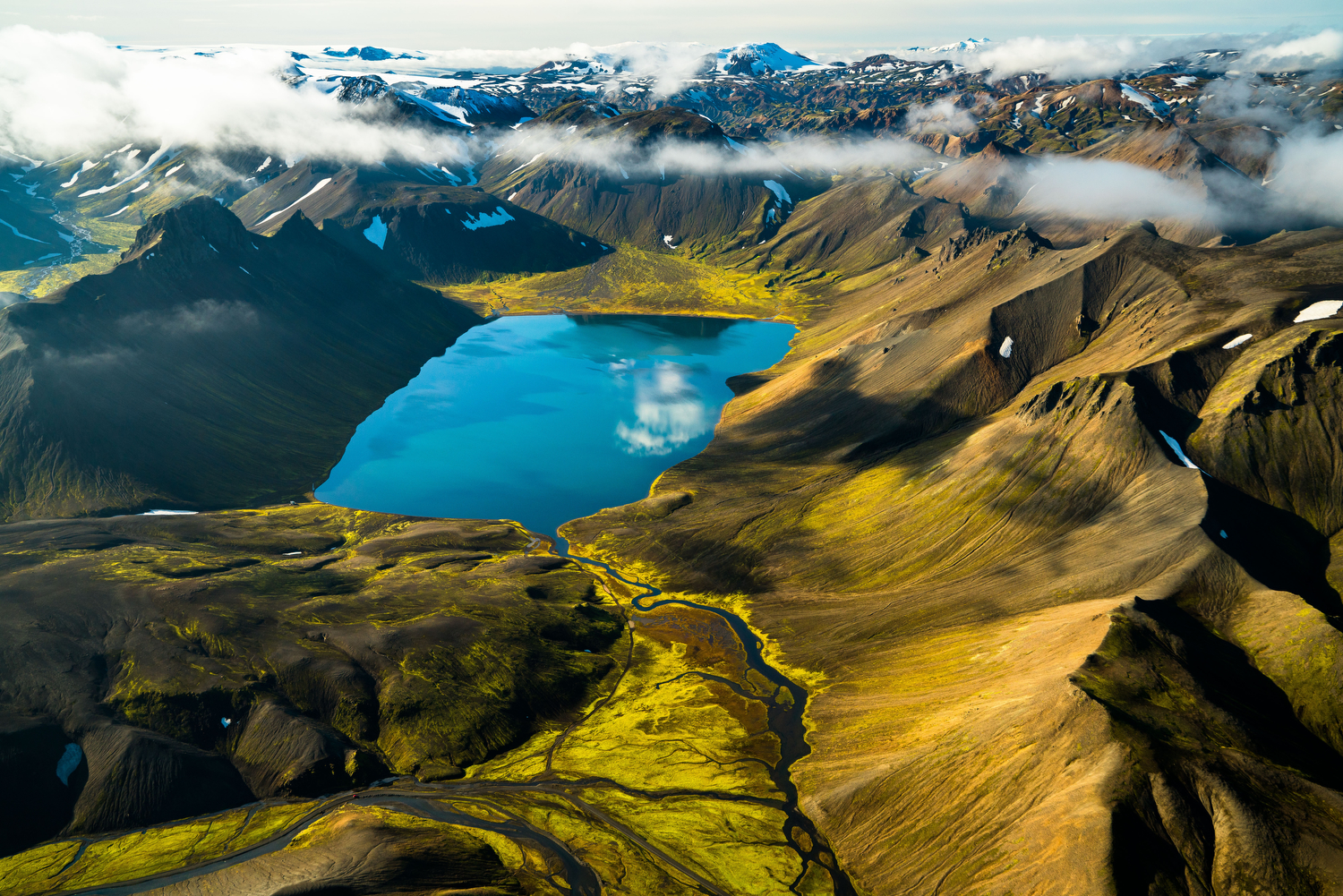 Chris Burkard is arguably the biggest name in adventure photography right now. Like many successful photographers in this genre, his career stems from a passion for travel, which was consumed by photography after becoming obsessed with documenting his adventures. He has had no formal training, and his work spans across surf, outdoor, lifestyle and travel subjects. He’s one of those guys who always seem to end up in the right place at the perfect time; oh, and he’s also a Sony Artisan.

We spoke with Burkard to discuss his creative process and finding the balance between traveling the world and taking pictures. 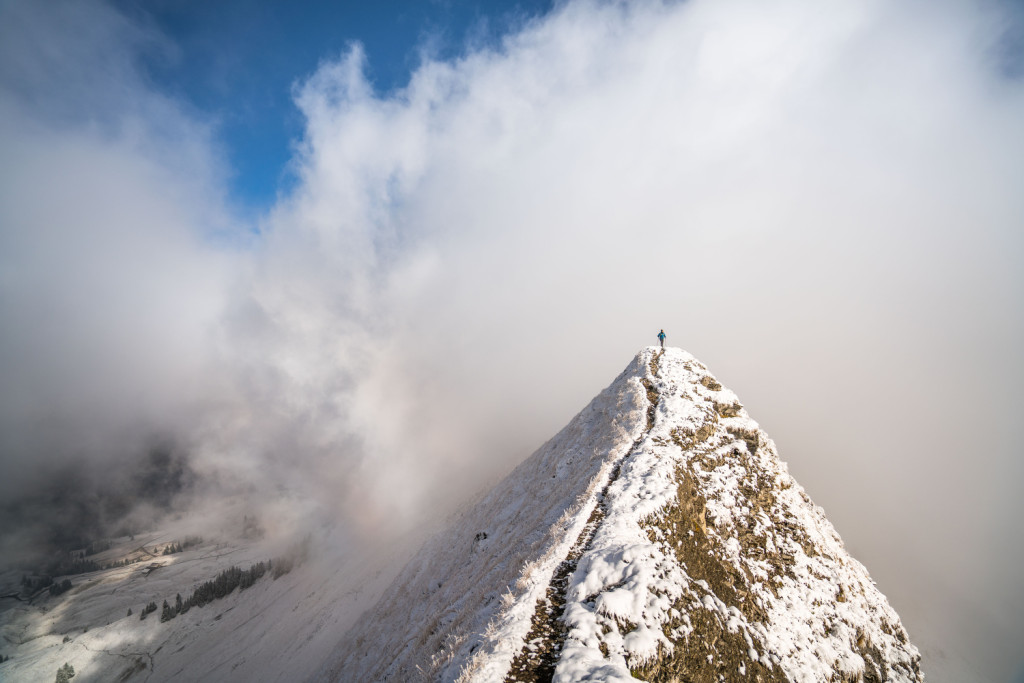 What came first for you: travel or photography?

Travel, for sure. It was always my biggest passion. I’ve always viewed photography as a way to travel while making a career out of it. But I didn’t pick up a camera because I wanted to make a lot of money. I simply wanted to travel and thought photography was the most effective way to have a career doing that. 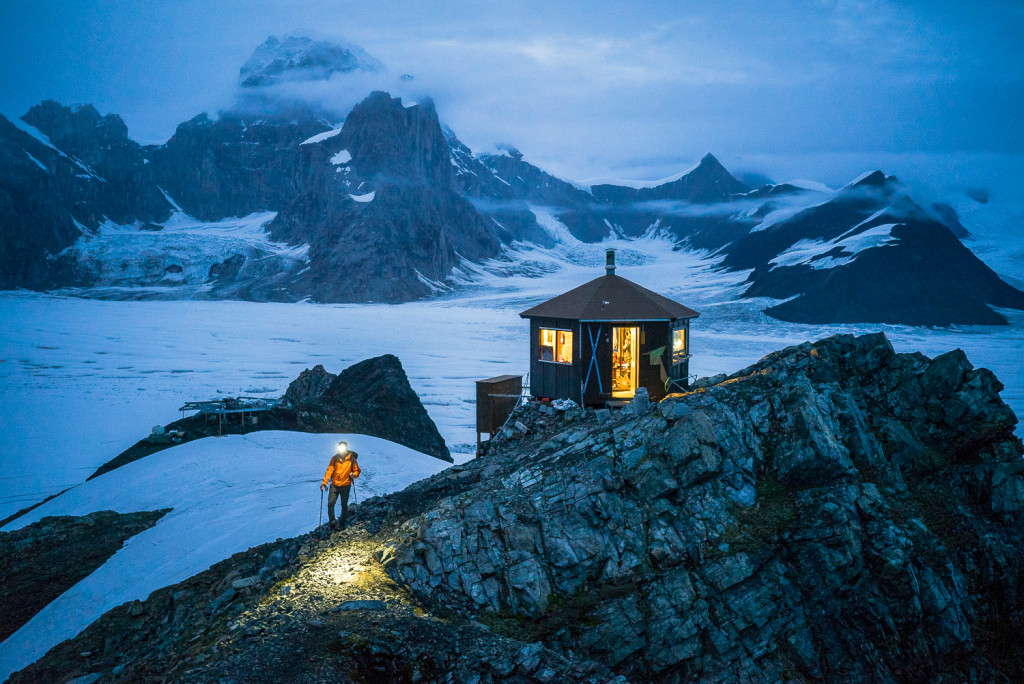 When you’re on a trip, how do you find the balance between travel and photography?

This took a bit of learning by failing. In the beginning of my career, like most people, I was so eager to travel that I would go anywhere. I was living through my camera and reliving the trips through my photos, rather than experiencing them in the moment. It wasn’t intimate. People say travel changes you, but I wasn’t being changed. Now, I try to put the camera down more often and am better at recognizing those really key moments to start shooting—it’s important to listen to what’s going on around you and let the story happen. Another thing I’ve found, especially with social media, is that you almost always need a caption. You have to put words into that space, and if your words aren’t as powerful as your photos then you’re doing yourself a disservice. Also, another addition to this was when I found a smaller, light-weight camera system that allowed me to move more freely. 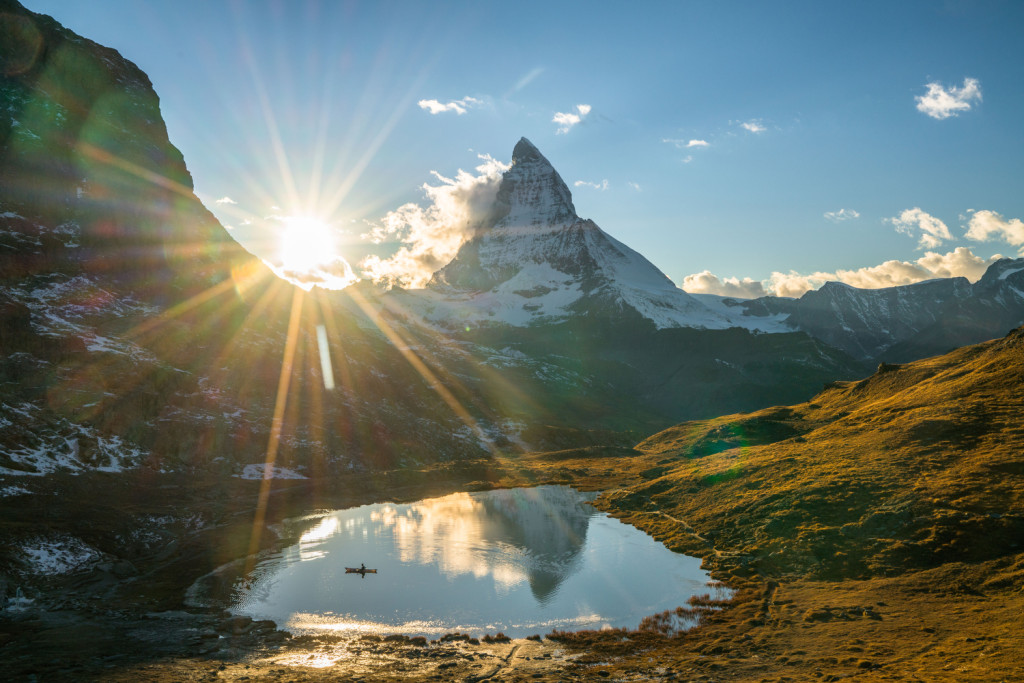 Tell me about that system.

It’s Sony gear. My first incarnation of it was taking the small Sony NEX cameras on trips with me. I quickly fell in the love with them and it was really under the radar back then. I felt like I was an early adopter—I was able to take these amazingly powerful cameras and sensors into super remote and rad locations. It felt like I was on to something special. Even though they were available to everybody, in a way I took a leap of faith by trusting a camera system that no one had experienced or knew about. My first draw to it was the size and the fact that I could get a powerful sensor, autofocus, and better and faster burst rate out of a tiny camera that could fit in my pocket. It was a game-changer in a lot of ways. 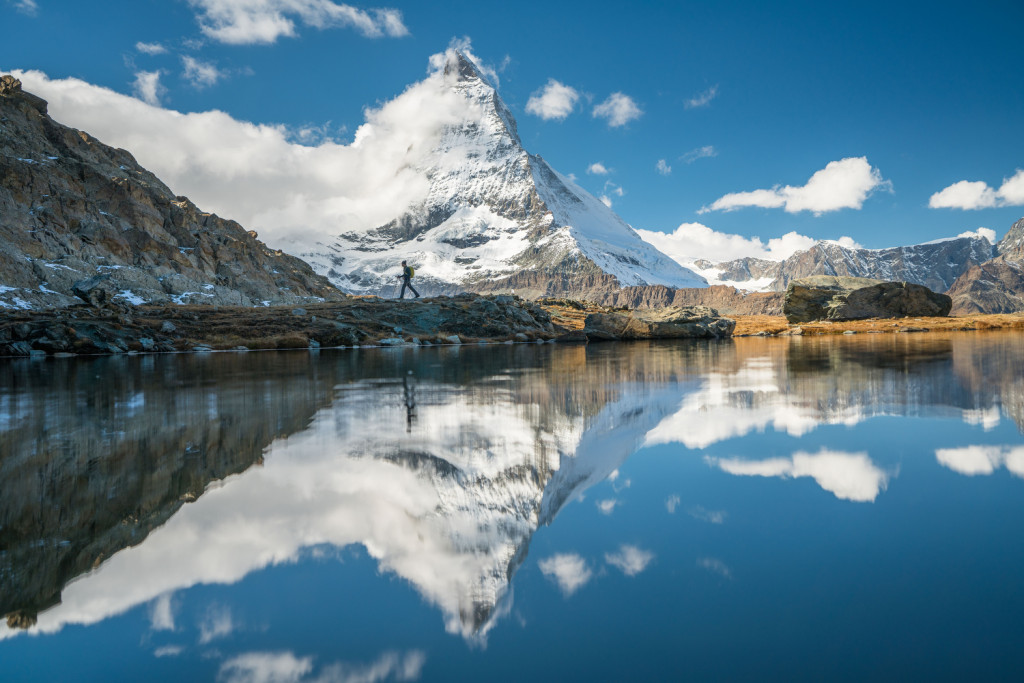 Are you currently shooting with the Sony a7R II? What are some features that are particularly notable?

One of the keys components of the Alpha line is its low-light capabilities, especially when I travel to these really remote locations such as the Arctic, where there is very little opportunity for sunlight. I’ve also been working on some secret projects that wouldn’t be possible without these cameras. I’ve filmed the Northern Lights in real-time, for example, and was able to shoot at ISO 10000 for an editorial assignment. That was never even a possibility in the past—it’s a crazy, crazy thing. As for the Sony a7R II specifically, it’s just one of my favorite cameras in the world. The quality is unreal. And it’s absurd for me to have one camera that I can use to shoot a commercial assignment for a massive billboard, and then take it up in the mountains for a personal project.

Can you tell me more about the process behind your video work? What types of things do you look for as a director?

I’m really particular and always try to incorporate one of two things: a large sense of movement with a very intimate feeling, or a static “things-are-happening-around-me” approach. I usually try to accomplish this through close proximity drone work, and if I’m shooting a scene where things are evolving around the subject, then I take a POV approach—the camera is generally more still as other subjects are moving around it. 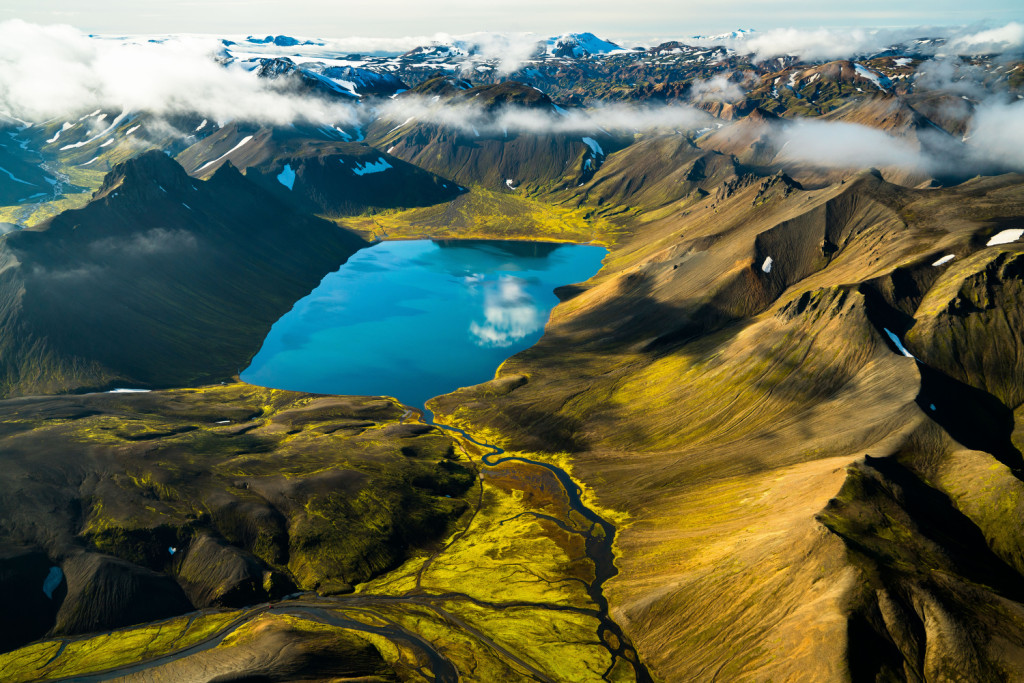 More specifically, what’s your creative process like when shooting your On the Road video series?

So much of my work is based in the commercial world where we have massive crews, agencies, creative, and it’s this huge production. But for me, when I shoot a personal project or trip, I try to come back with as much content as possible. The On The Road series was born out of wanting to give people moving pictures alongside the still photography I was already shooting. Really, it’s just myself, one assistant, and a drone operator. There’s no pre-production; there’s no anything. We’ll go to places like Iceland or Switzerland, and for those trips, I’m just purely there to shoot, so whatever video footage we come back with is what we share. There’s not much more thought than that goes into it than that.

What’s your number one piece of advice for photographers aiming to transition into the travel and adventure lifestyle?

The greatest piece of wisdom I can offer is to focus on your brand message. For me, I had to stop and basically make a mission statement and mantra for myself because I wanted everything I shot to fall under that scope. It’s important because it will give you a clearer vision for your work and a better understanding of what your goals are. If you don’t have some sort of course that you’ve set yourself to, it’s easy to drift away from what you’re aiming to create. 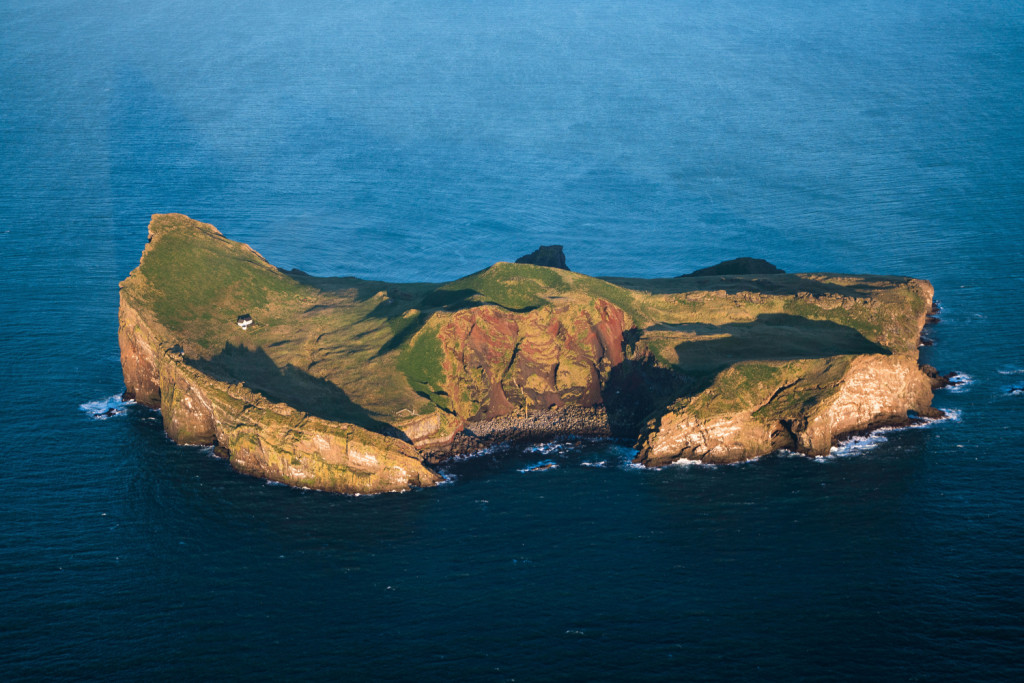 To see more of Burkard’s work visit his site and click here for more on the Sony Alpha line. 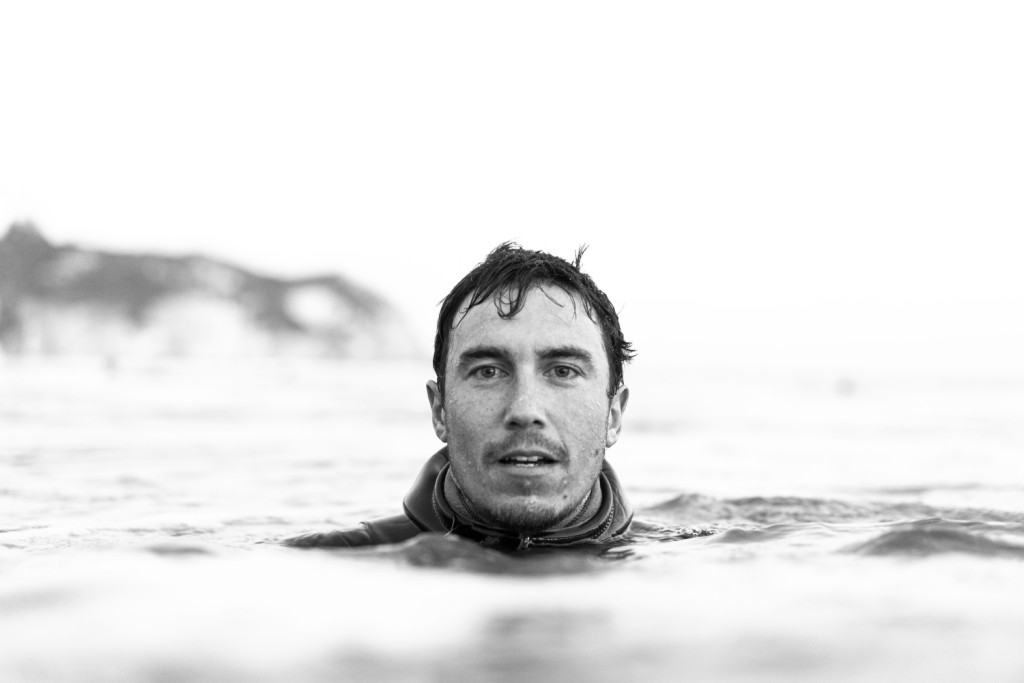