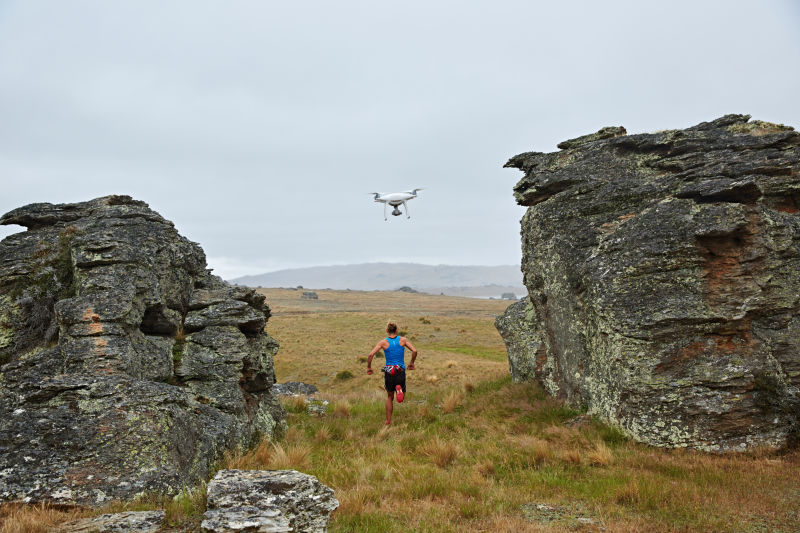 DJI has often been regarded as the Apple of the drone world. They don’t make the cheapest products, but they do make the best when it comes to function, aesthetics and overall design. Well DJI just upped the game with their latest announcement of the DJI Phantom 4, by offering sate of the art tracking functionality, as well as some really interesting obstacle detection features.

With the use of 5 different cameras on the newly designed Phantom 4 (two on the front, two on the bottom, and the gimbal camera), DJI has figured out what was previously not possible – collision detection. By using multiple cameras, DJI has figured out how to create a 3d model of the environment around it, allowing the drone to avoid obstacles in real time. Try to run the drone into a tree, and it’ll stop you, and hover in place. While I haven’t personally tested the new system, the idea is impressive, and will hopefully help the government think twice before mandating more legislation on drones for safety purposes. 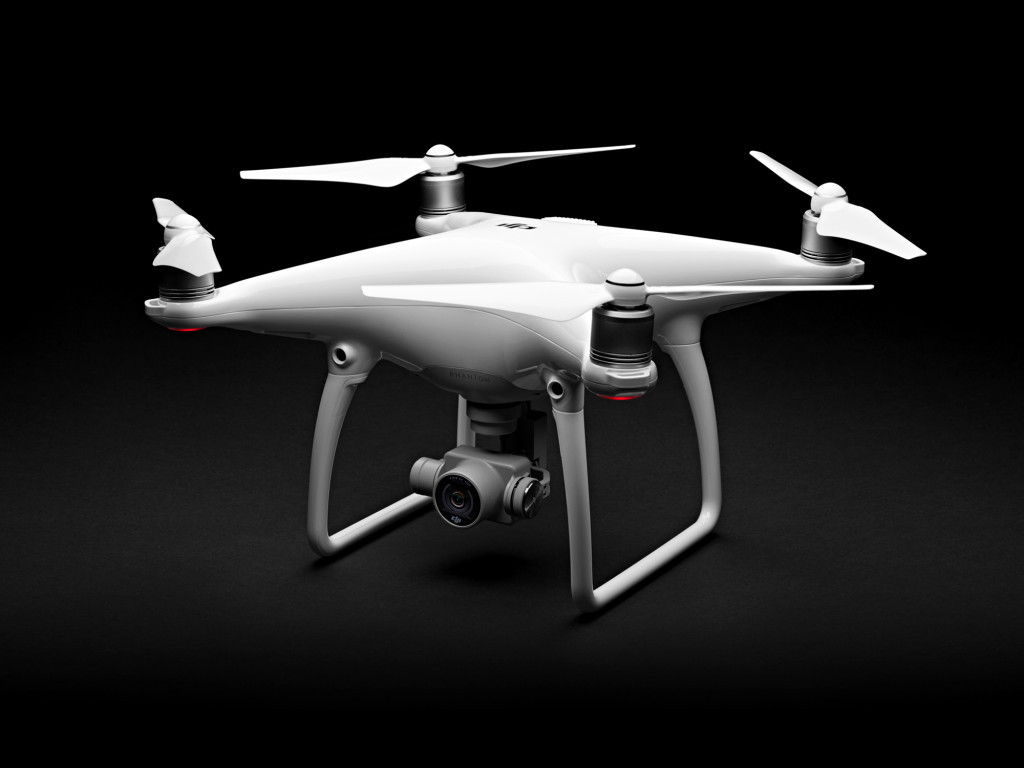 Collision detection isn’t the only thing DJI has improved with their announcement of the DJI Phantom 4. The new system also comes with the a state of the art tracking system. This new feature is called ActiveTrack, and by using the same 3d modeling system in the collision detection, the new Phantom 4 is able to easily track a subject with ease, allowing the drone to fly in a virtual autopilot while still capturing gorgeous footage. This works for both moving subjects as well as stationary, allowing you to get beautiful footage of just about anything. 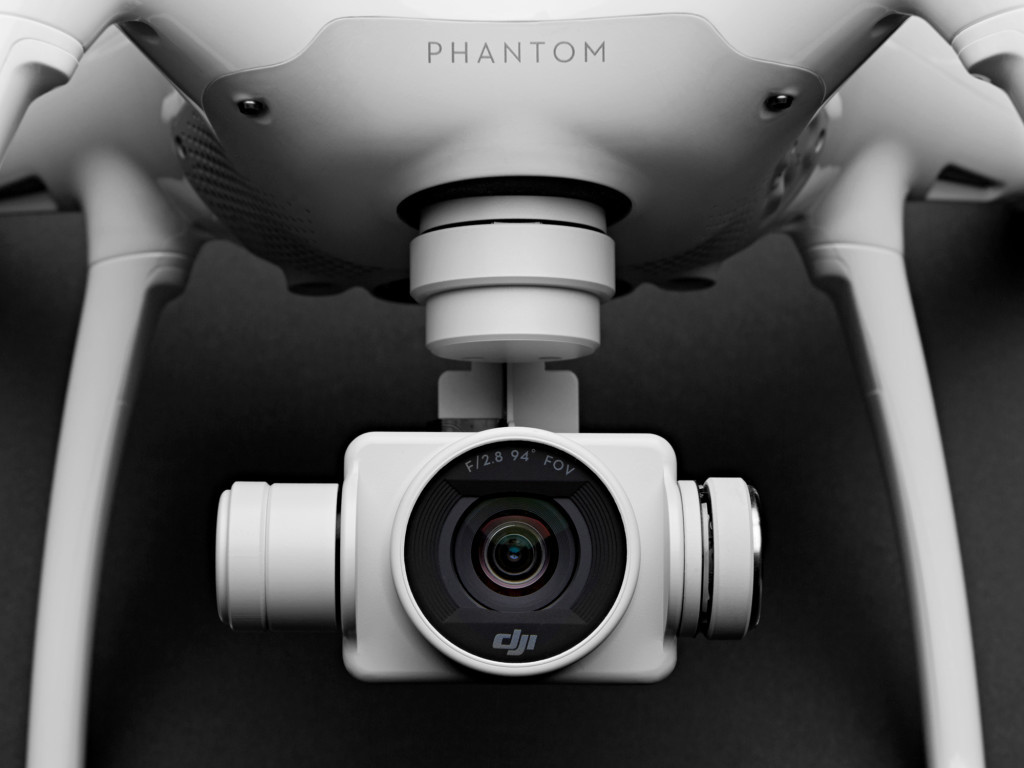 With the added cameras and ultrasonic sensors, the Phantom 4 also promises even more stable hovering and is 5 times as good at holding its position when compared to previous models of the DJI Phantom. Often when hovering in somewhat windy environments, a drone will shift in place a few inches, compensating for the environment. The new Phantom 4 promises to appear frozen in air, allowing you to get steady footage in even windy conditions.

Finally, the DJI Phantom 4 also comes with TapFly, a fully auto flying experience where you give the controls to the drone. Using TapFly, you’re able to press a single button to take off, and then set your maximum distance the drone can travel. From there, the system flies itself, with no use for the 2 joystick control. By taking control of the touchscreen you’ve attached to the controller, the drone will fly itself, allowing you to make small and simple adjustments to the footage. 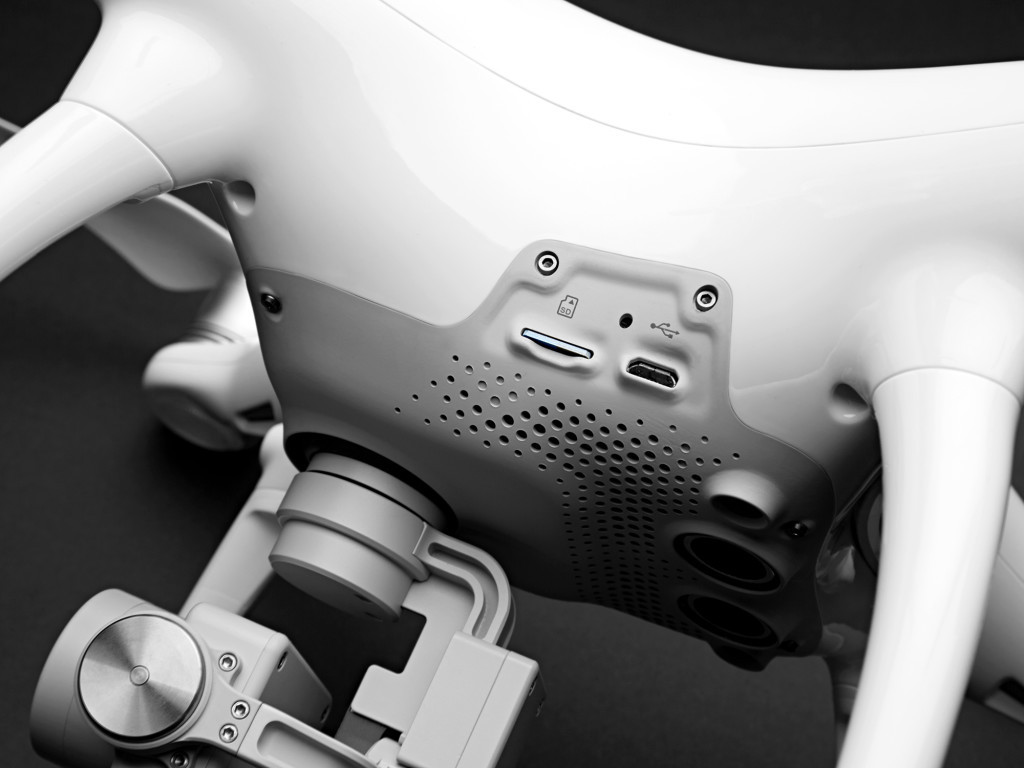 The Phantom 4 has also gotten a design change from it’s previous models. Now with a rubbery gray finish, the Phantom is designed to take a hit if you somehow manage to crash it (Because of course, the collision detection can be turned off). The battery has also taken a bump, allowing up to 28 minutes of flight time on a single charge. It also comes with a Sport mode, designed only for the experienced flyers, increasing the drone’s max speed from 35mph to 45mph, while taking a small hit on battery life as a result. 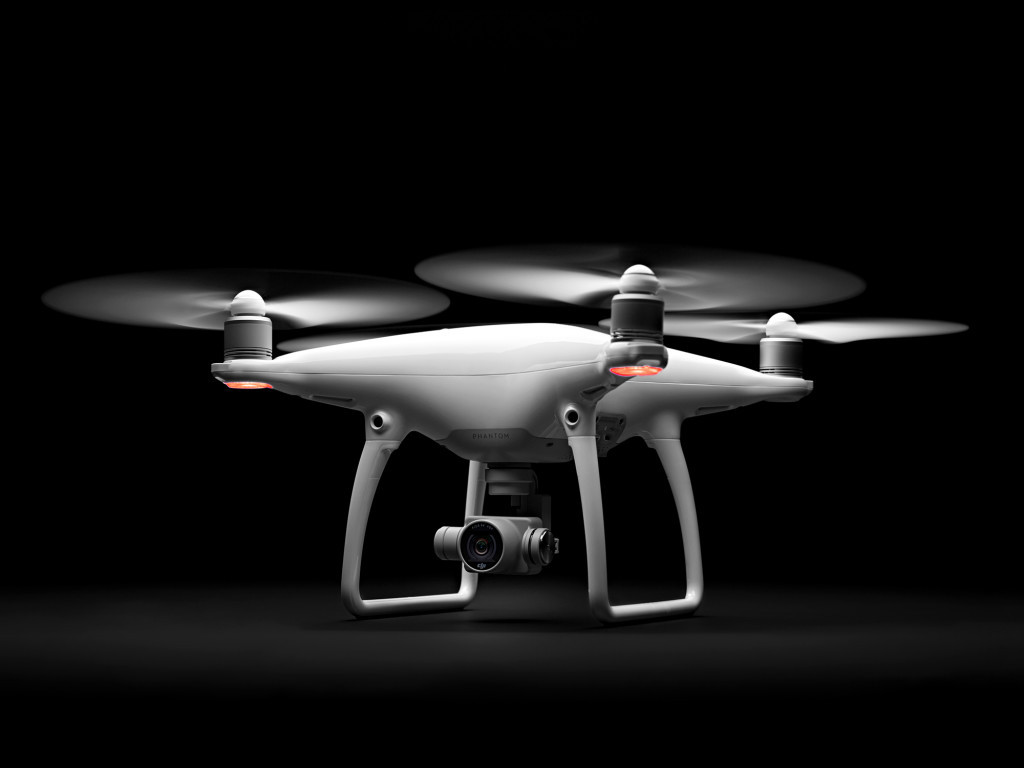 The new Phantom 4 is available for purchase right now for $1,399 on DJIs store, as well as the Apple Store. In the coming weeks, you should see the Phantom 4 also available at high-end retailers.