A few months ago I was given the opportunity to review the 32” NEC 4k Monitor which was nothing short of amazing. To follow up, the team at NEC sent me the 27” EA275UHD to get my opinions on it as well. Thankfully, the 27” “Little Brother” didn’t disappoint!  Coming in at a price point of $849.00 for the 27″ Monitor with Calibration Kit, it’s the winning combination for the visual artist looking for insane resolution at an affordable price! The 32” version was clearly targeted at major, high-end coloring/editing houses that provide precise color accuracy and management, but if you don’t need that final top 1% in the performance department, you can save thousands of dollars by choosing the EA-series 27”. The color accuracy, quality, and contrast are more than acceptable for business and professional use. 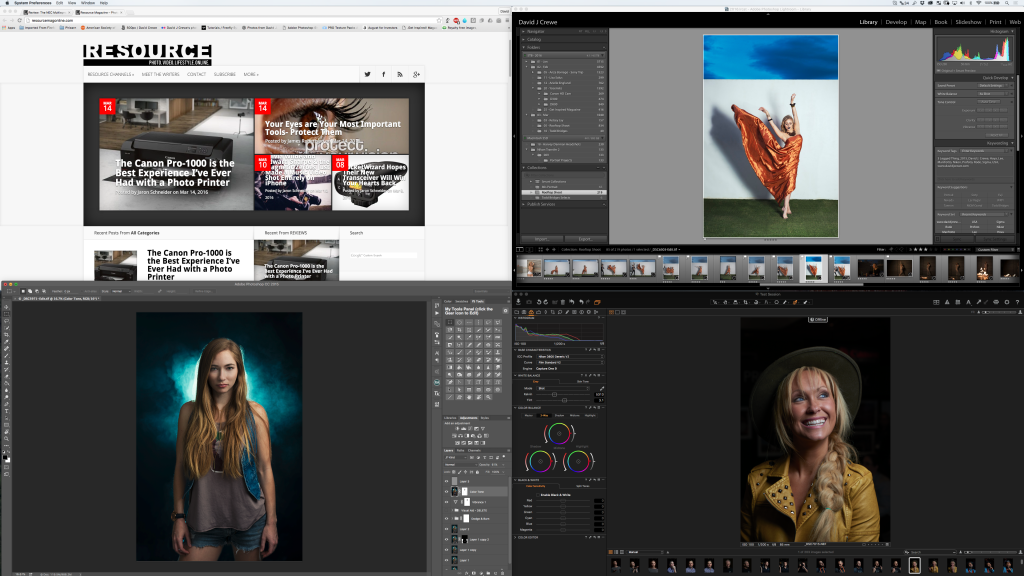 So where does the 27” differ from the 32”? Well, it’s smaller to start. It weighs much less and occupies a much smaller footprint than it’s big brother, making it easier to take with you should you want to maneuver the display. The EA275UHD is a scaled down unit ready to deliver exactly what you need. A single DVI, HDMI, and DisplayPort connection is available along with a scaled down 2 port USB3 hub, and built in Audio and Control Sync connections provide more than enough options for a standard visual professional like myself!

As with the 32”, the 27” upscaling at 1080p using the HDMI connection left a little to be desired, so I’d highly recommend using the DisplayPort adapter to give you the full 4k treatment! However, with the 27” model, older devices (such as my 2012 MacBook Pro) don’t default to 4K resolution when using a  DisplayPort connection. In fact, 4K is hidden!  This appears to be a known issue on Apple’s end and NEC is working on fixing it. So when I first connected the monitor with the DisplayPort adapter, it was still displaying at 1080p, even when I selected the scaled options. The solution is to hold the OPTION key on a Mac while selecting any of the scaled options, then the full gamut of display modes will be available to you.  Strange, I know, but it works, and this is my ONLY negative comment towards this device whatsoever! 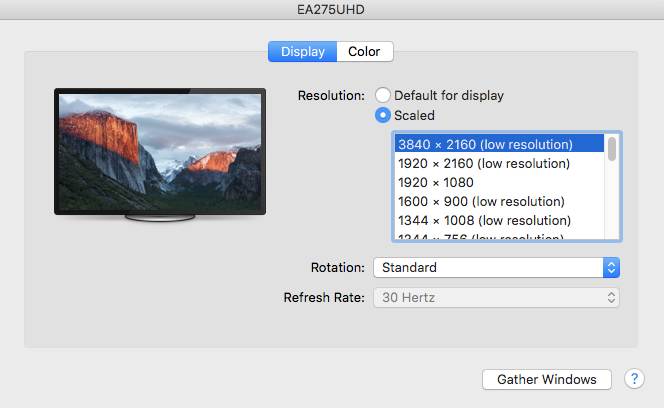 If you’re using an older computer like me, you’ll have to do some trickery to enable the full resolution capabilities of the EA275UHD. But otherwise, it operates like a dream!  I’ve tested this on a few different computers (old to new, Windows and Mac) and the newer devices run perfectly plug and play, but the older ones will require you to enable the hidden options.

The first thing you should do after connecting the monitor is run the SpectraView Calibration (Which is included in the $849 price) to get the most out of your display. I ran several tests using the SpectraView, the Spyder Calibration, and a Color Monkey and the results from the SpectraView are pretty spectacular.

While it doesn’t have the color precision that the PA 32” has, the EA 27” is pretty amazing in its own right!

The included stand provides nearly 360 degrees of swivel, 5” of height adjustment, 25 degrees of tilt, and the ability to rotate the monitor into “portrait mode,” with every movement feeling extremely smooth and precise. 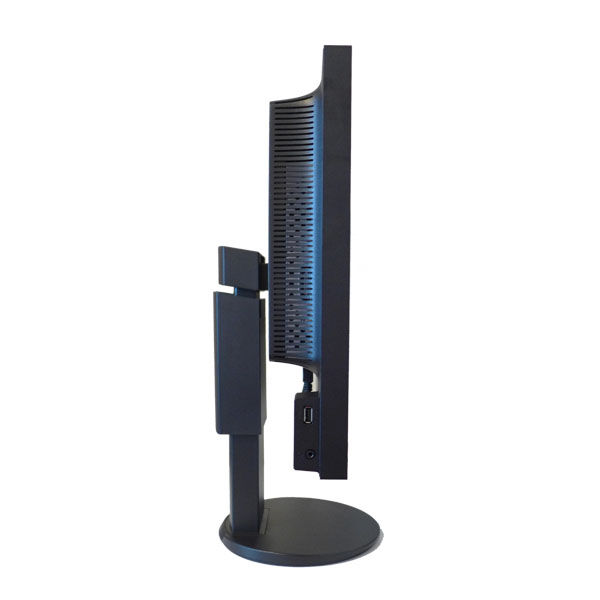 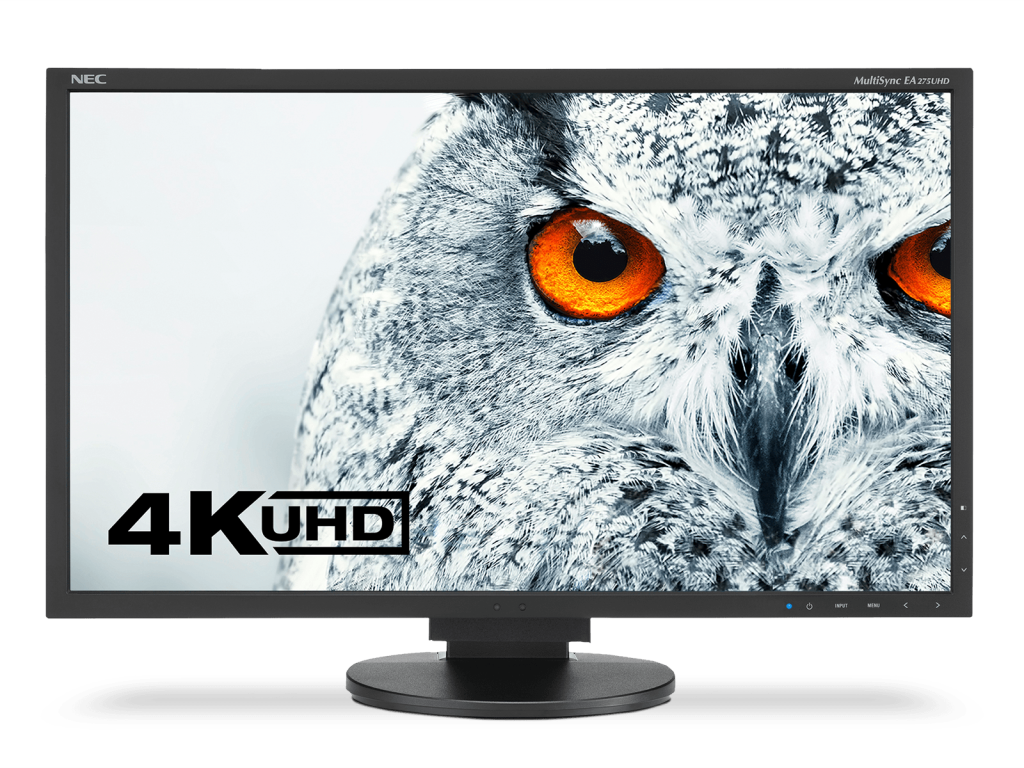 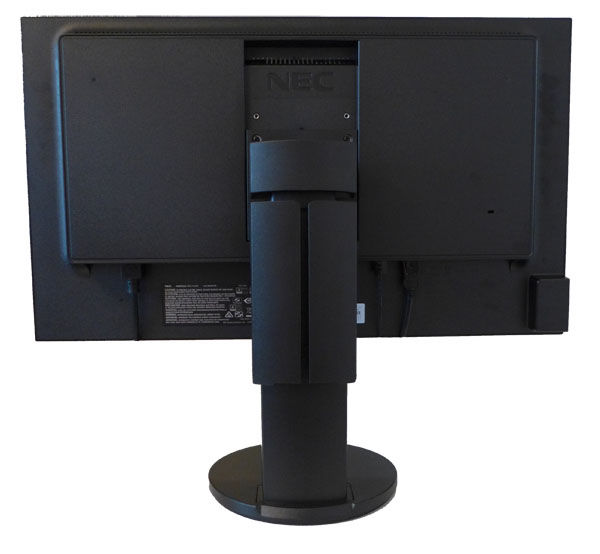 The EA Series monitors all have very similar On Screen Display menus with a plethora of options and controls very neatly organized for your use, located and activated from the bottom right corner of the screen. If you’ve ever used an NEC monitor, the layout and options will hold no surprises.

After months of heavy and daily use I can honestly say that this is a fantastic investment for anyone looking to make the leap from 1080p to the 4k realm! In fact, I actually ended up ordering an EA275UHD for myself!  The only drawback with this monitor, and I mean ONLY, is the manual settings you’ll have to fiddle with if you’re using an older computer. Even then, it’s barely noticeable.

We give the NEC MultiSync EA275UHD  Monitor an 86% for its great build quality, durability, connections, price, and resolution, with the ONLY caveat being its quirkiness when connected to older computers.