Edelkrone is known for its unique and stylish photography and videography equipment; ranging from sliders to quick release plates. If there is one thing in common with all of these products, it is that Edelkrone does its best to take a fresh look at these products and produce something that is simple, functional, and just as effective as the status quo.

Edelkrone is going where no one has gone before yet again, this time challenging what we think we need from a Tripod. It’s called StandPLUS, and its Edelkrone’s take on a camera stand; meant to replace your tripod while being just as portable and even easier to use. It is an interesting concept, I will give them that.

To me, it seems to be the result of some unholy union between a magic arm and a light stand with wheels. The included wheels would seem to make this an ideal solution for studio shooters who would like to move their camera around easier than picking up a tripod. But I have doubts about this being much use outdoors, on uneven ground, or anywhere that the legs/wheels would be more trouble than they are worth.

But as I said, it’s an interesting concept. If you could place a ball head where the camera is shown in the video above, and if there are taller options available then I could see this being a very useful tool for some photographers. 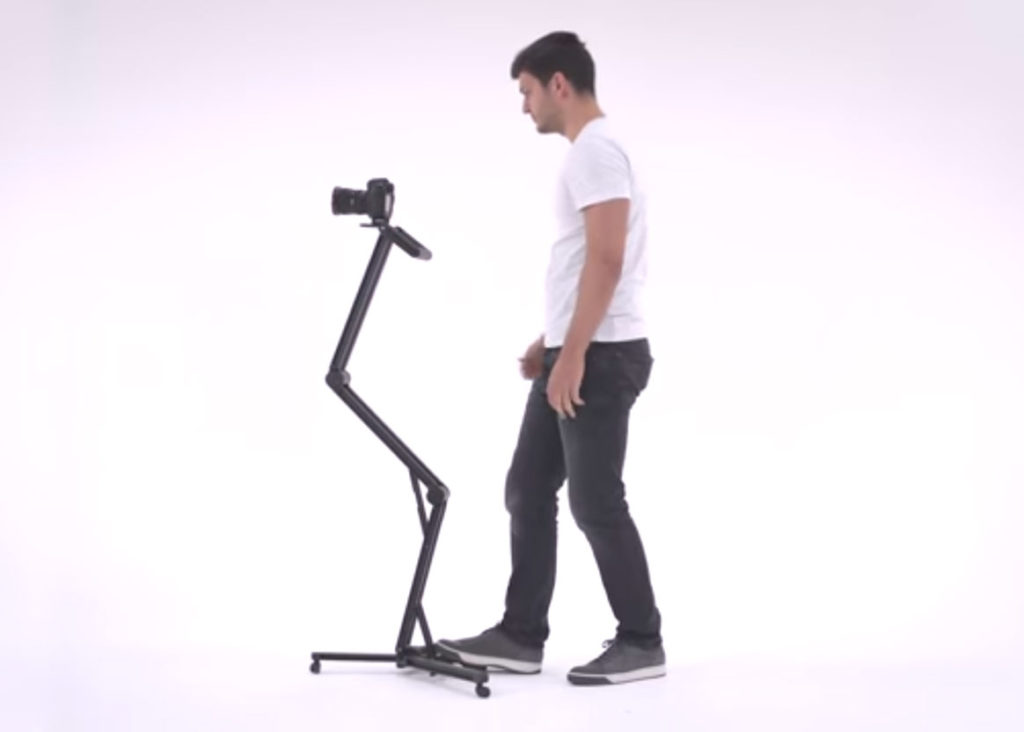 As for replacing your tripod? I am not so sure. As I mentioned above, this would seem to be best suited for an indoor studio environment. The power of a tripod is that no matter where you take it you not only have a solid stand for your camera, but one that can be adjusted for a level shot as well. This StandPLUS would seem to be lacking in a few of those areas, not to mention that in its folded form – despite the nice handle – it seems rather large and unwieldy.

Edelkrone says this new StandPLUS will be available this summer. If you would like to be notified once it is available you can sign up for notifications on the Edelkrone website, here.