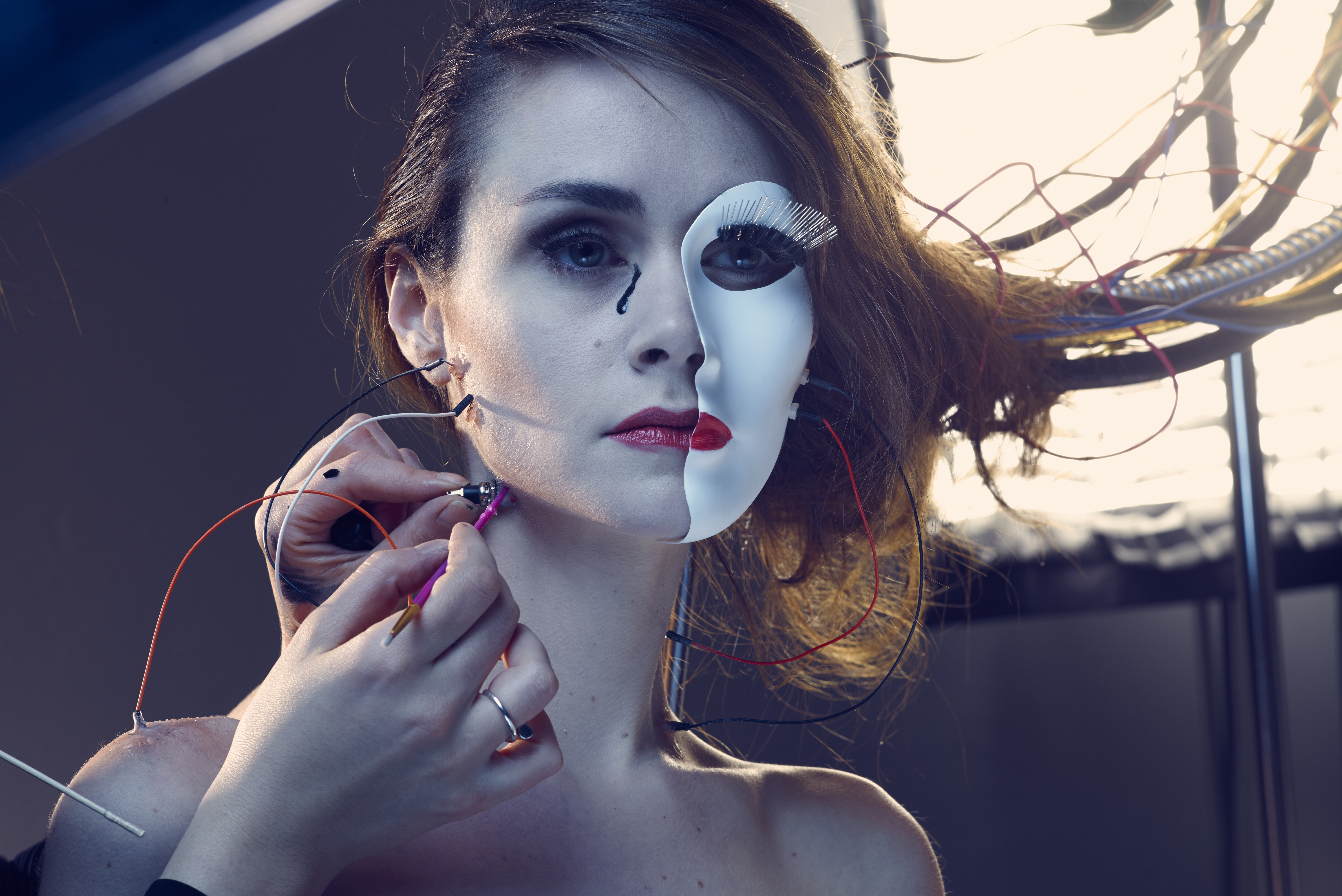 Feeling Uninspired? So Was I, Until I Went to Home Depot to Make a Cyborg

Creativity isn’t a luxury you can just turn on. In fact, getting inspired to create can be more difficult than producing work once you’re in the zone. We’ve all been there—you’re on a deadline, a client is breathing down your throat, or you’ve spent five hours getting the crop right. And it still looks like shit. On a more extreme level, you’re binge-watching Game of Thrones in your underwear, it’s 2 p.m., and Joffrey just died. Fuck yes. But how the hell am I supposed to get back on my photography game?

Well, what I’ve found is that these innate lapses in productivity are just as important as profound moments of brilliance. But the defining factor is being capable to identify the struggle and use it to your advantage. 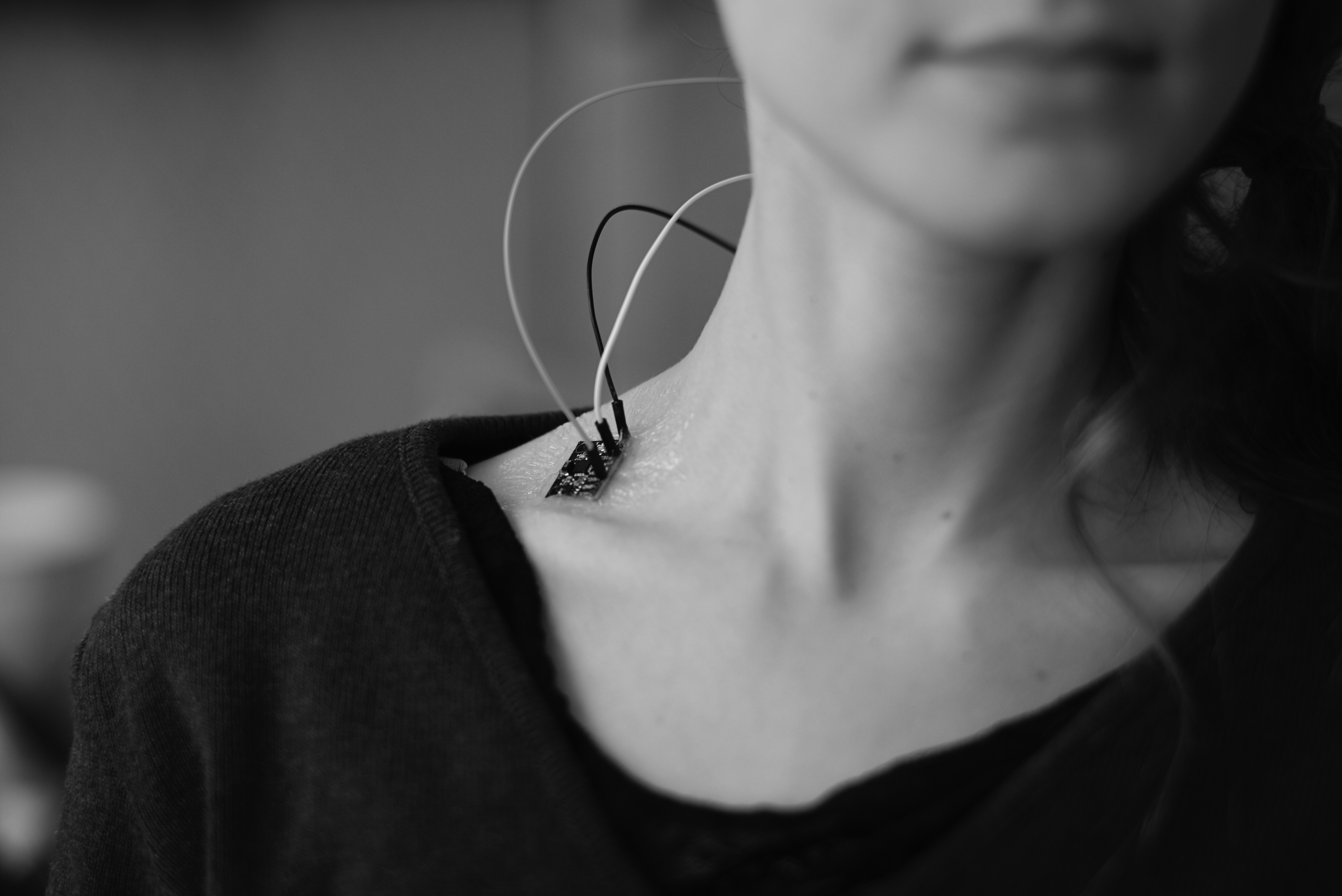 Let’s begin with a personal story. I was recently knee-deep in production for an issue of Resource Magazine, and placed in a very precarious position. Scheduling issues postponed our celebrity cover shoot—once, then twice, and then it was canceled. We had just come back from a conference in Vegas, my team was spent, and the worst part? I was supposed to be managing them, yet my creativity was prune-dry. I had reviewed concepts, imagery, and copy to the point where everything seemed wrong—every edit made it worse.

I was fading, and my psyche plummeted from “let’s take over the world” to “we’ll get em’ next time, champ.” But then something strange happened, beginning with a late-night visit to Home Depot.

“Really, our only ‘concept’ was to build a ‘cyborg,’ and even I wasn’t sure what that meant, exactly.”

A few weeks prior, I was on a commercial set where I met a photographer, Jason Leiva. I had noticed some “robot” photos in Jason’s portfolio and eventually asked if he’d submit a series for the issue I was so desperately working on. “Sounds rad,” he said, “but I would rather shoot something new.”

This led to a day in the studio with an unsuspecting model, Stacey Farnet, makeup artist, Ninoshka, and “prepping” with a trip to Home Depot the night before. Really, our only “concept” was to build a “cyborg,” and even I wasn’t sure what that meant, exactly.

Long story short, those uncertain eight hours on set transformed into one of the most conceptual, twisted, and beautiful editorials I’ve ever worked on. It ended up running as the missing cover story for that issue, and the best part? Not a moment of it was planned, my inspiration had returned, and I felt like taking over the world yet again. 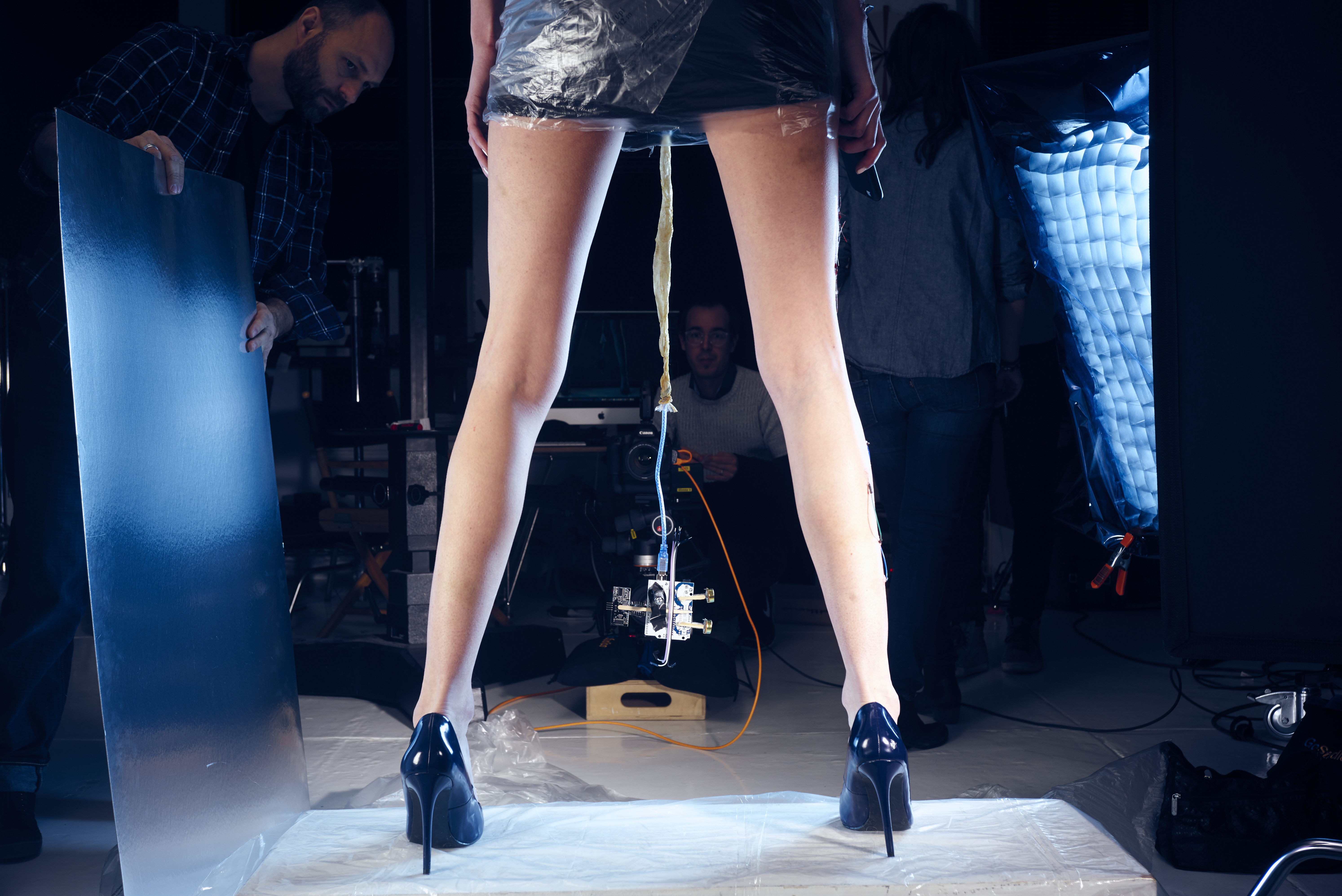 So what’s the point of all of this? It taught me a lot about what it means to be inspired. And though I can only speak for myself, I think these sentiments can be applied to any creative field, from writing and editing to design and photography. Here we go:

It is OK to feel uninspired. It’s impossible to be creative all the time, and feeling inspired isn’t always the best mindset for completing the structural components of your work. However, when you’re not thinking about your own work, then divulge in that of others—find something new you like, and hold onto it until you’re ready to make something of your own. Embrace these moments. Reflect on your emotions and appreciate your down time. Because when inspiration strikes there’s no telling how long it will last.

A little over a year ago, I spent some time with Ryan Holiday, author of the infamous Trust Me I’m Lying, among others. His third book, The Obstacle is the Way, is driven by Stoic philosophy and the idea that we can’t control what happens to us, but we can control how we respond to the things that happen to us. Ryan told me that setbacks and obstacles we face as creatives are new opportunities to “move the ball forward, metaphorically, and do something you couldn’t otherwise do; to move yourself along a line that maybe you weren’t originally intending, but still forward along what is perhaps a different trajectory.”

This is especially true for moments—or days, or months, or years—of creative fatigue. Or right now, as I’m struggling to end this story. 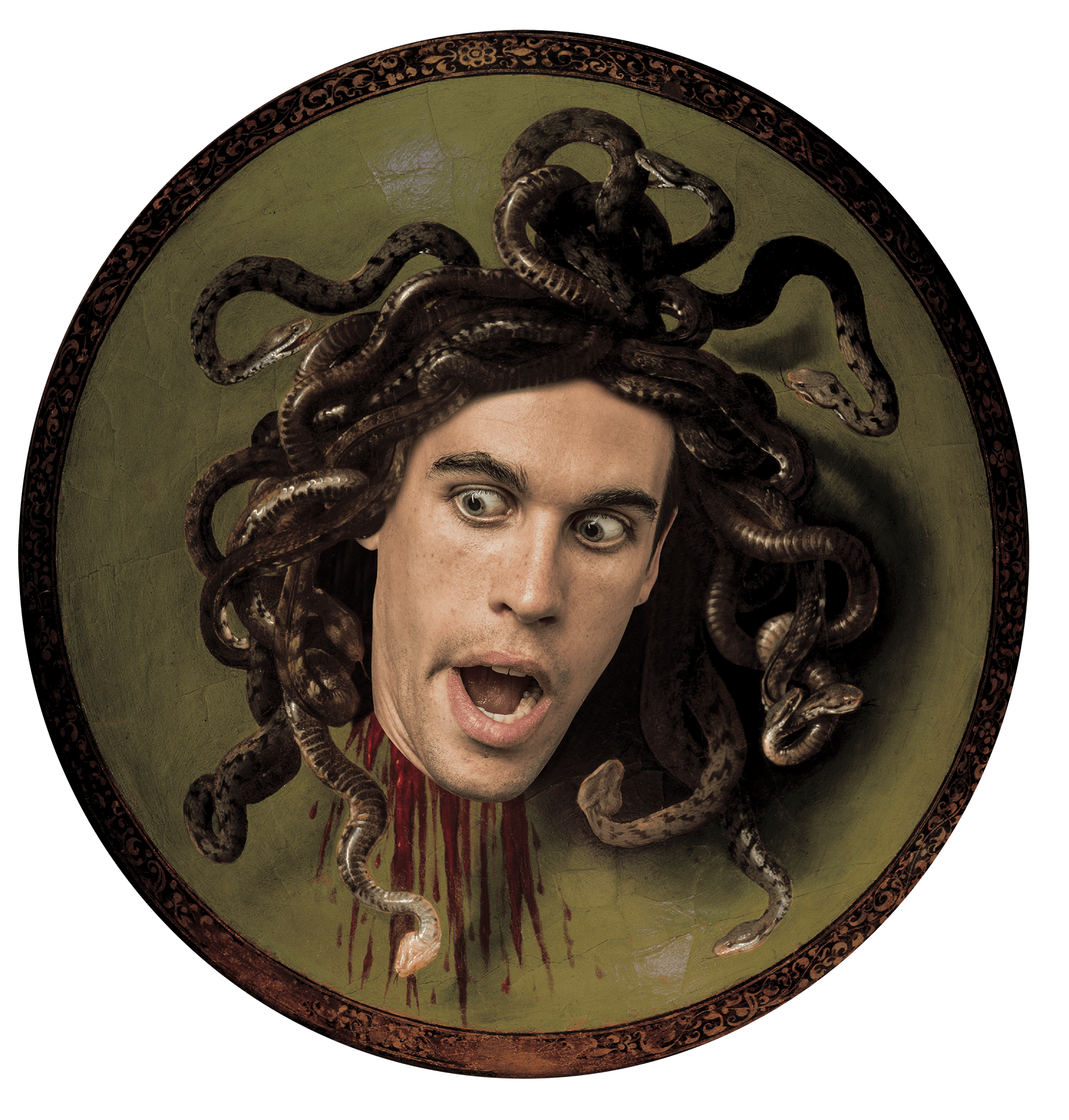 What I’ve come to believe is creativity is like love—it happens when you least expect it, and you won’t know it’s come until it’s gone. But when you do, you will do everything you can to get it back, and 99 percent of the time you won’t.

In the words of Richard Avedon:

“And if a day goes by without my doing something related to photography, it’s as though I’ve neglected something essential to my existence, as though I had forgotten to wake up. I know that the accident of my being a photographer has made my life possible.”

If you’re still feeling uninspired ping me in the comments. I love to chat.

Want to see the result of our “cyborg” cover story? We’re calling it “Enhanced Humanity,” and you can find it in the next issue of Resource Magazine. It’s available for pre-order, and it ships next week. 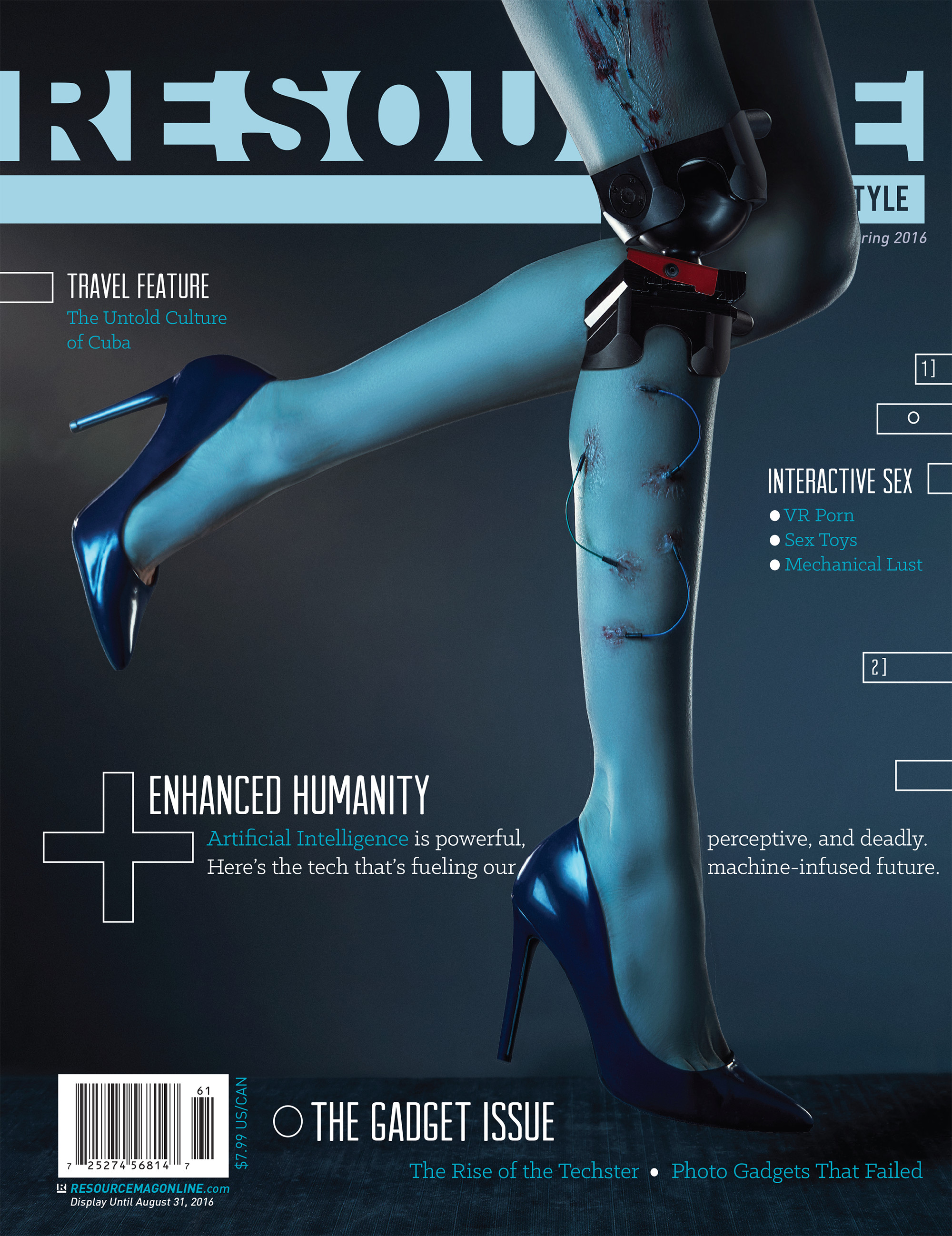