The Fujifilm 35mm F/2 R WR has grown on me ever since it entered the Resource office. Prior to using it, I was skeptical; always thinking about how it’s realistically a “50mm” lens because of the APS-C conversion factor. I love shooting at 35mm, that’s why I usually keep my X100S with me all the time. With that said, after just one shot with this lens my initial hesitation disappeared. After feeling the smooth clicks of the on-camera aperture ring and seeing the detailed first shot it produced, I was hooked. It’s an amazing lens that I can easily recommend for anyone with a Fujifilm camera. 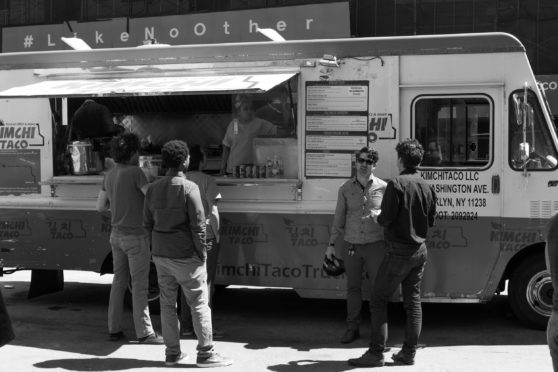 After spending my afternoon shooting in Dumbo with this lens and the fantastic Fuji X-Pro2, I can say that I really enjoyed my time with it. The lens is sharp, especially at smaller apertures. I didn’t go as wide as F/2 often because I prefer having as much in focus as possible. The autofocus is what we all want, accurate and fast.  Compared to my X100S, it felt a lot more intelligent about what I wanted to be in focus.  The speed of the autofocus was also impressive.  Roughly estimated, it felt like the lens focused about .5 seconds faster than the X100S.  It may seem like a short amount of time but it felt a lot more satisfying when I pressed the trigger and the camera immediately focused and shot. 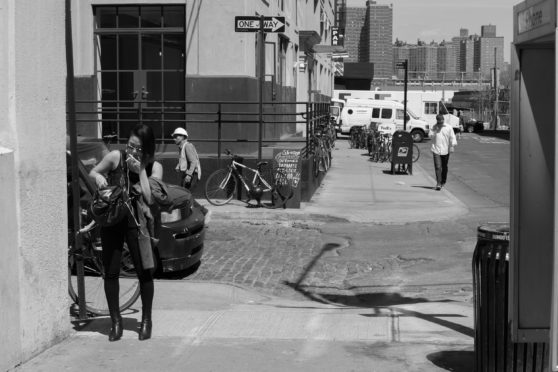 I had no problems walking around for hours with the camera and lens in hand with no straps or support. It felt like I could go on like that for the entire day (which I probably could have done). Regardless of the body you use with the lens, it will never be bothersome or heavy. The lens is small, compact and light.  It was unobtrusive, which gave me a sense of comfort when photographing people. When shooting street, my main focus is to try not to be noticed; that’s especially hard when you’re 6’2”. But having a small camera and even smaller lens helps with that. Despite its compact size, the lens is also weather resistant! Probably not to the point where you can take it through a hurricane, but it definitely can handle a regular rain shower.

Being someone that usually shoots with a 35mm full-frame lens, my mind’s eye was off on composition for the first fews shots but I adjusted in no time.  With the slightly longer focal length, I realized I had a better chance to be unobtrusive while my photos still felt like they had that gritty, street photography feel to them. 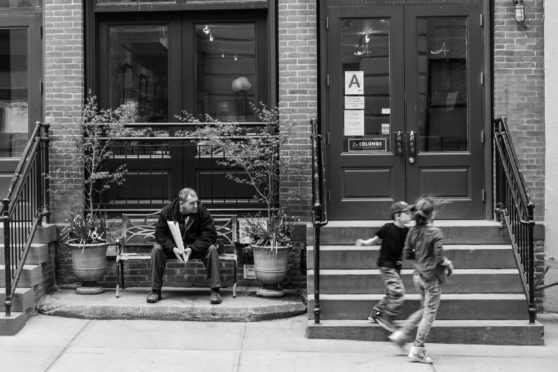 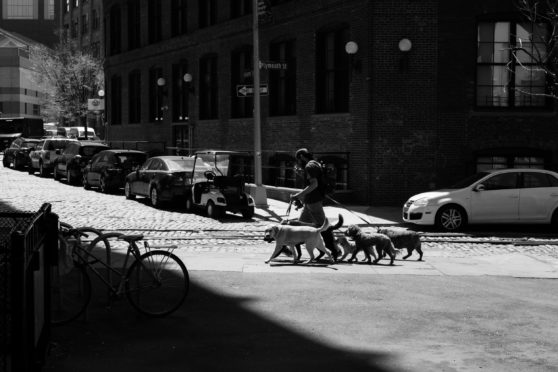 Compared to it’s earlier predecessor, the 35mm F/1.4, this 35mm F/2 R WR has it beat in almost every category.  The only drawback is that it’s one stop slower; which shouldn’t be a huge factor unless you really need that extra stop for low light situations. But the F/2 version’s weather sealing and better price easily make up for the slightly smaller aperture range.

Speaking of price, the Fujifilm 35mm F/2 R WR is priced at $399, which makes it one of Fuji’s cheapest lenses on the market. I was genuinely surprised that it would be priced so low given the high quality of pictures it outputs. It definitely has more bang for your buck than almost any lens I’ve seen.

Overall, I recommend this lens for anyone with a camera that can mount it. A compact, 35mm prime should be in everyone’s kit, and if you have a Fujifilm camera this is the first lens you should get.

If you’re interested in seeing more products that we at Resource Magazine recommend, head over to Resource Unbox.