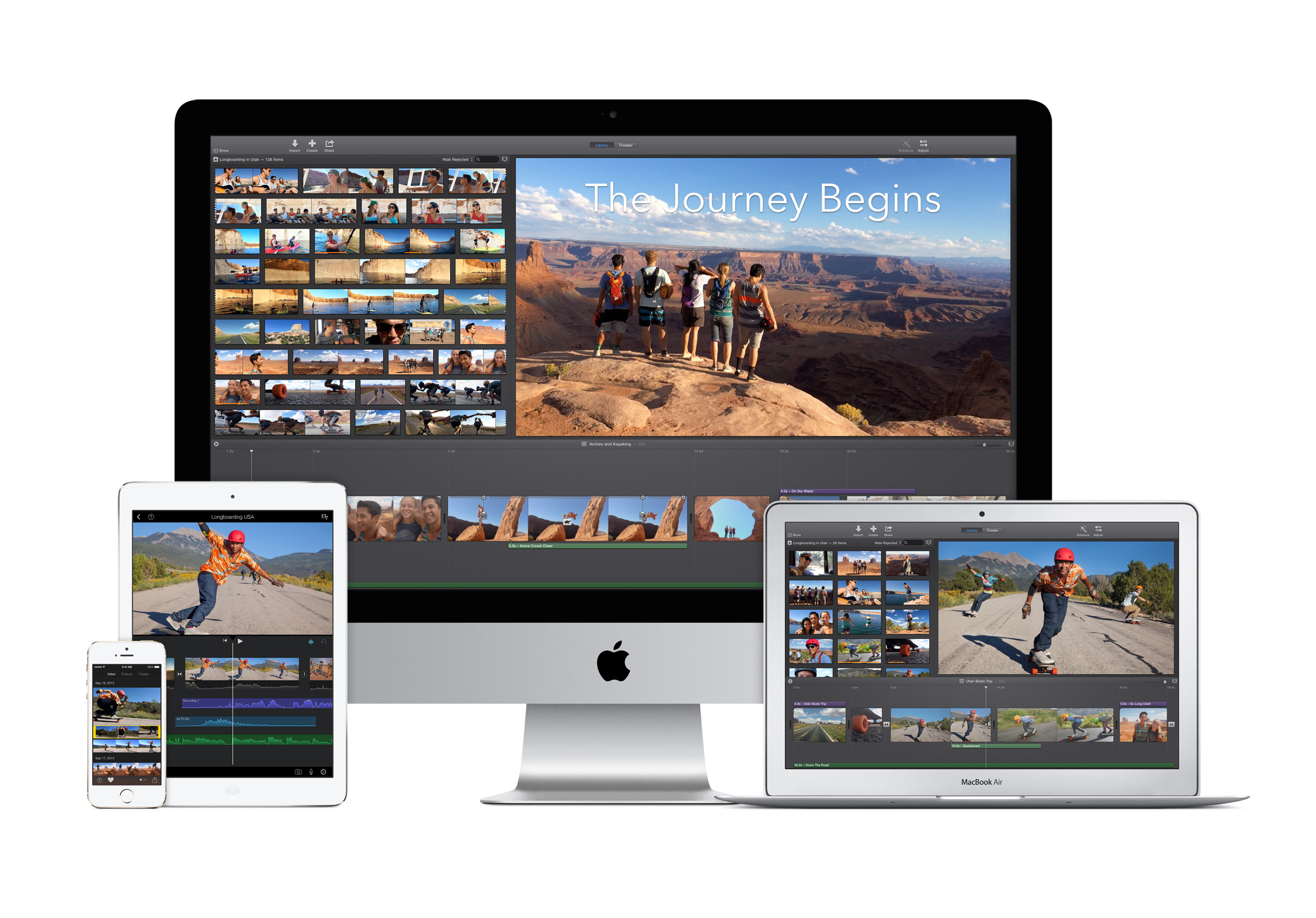 My first and, before quite recently recently, last experience with iMovie was not pleasant. Five years ago, the software was severely limited, offered only a single timeline each for video and audio, and was overall just an unpleasant experience. I was so turned off by it that I swore off the platform until earlier this year. After getting an iPad Pro, I decided that perhaps it was time to see how far iMovie had come, and boy, has it ever come a long way.

It shouldn’t be a big surprise to me how much iMovie has evolved over the past half decade, yet I’m still pretty impressed at where the software is now, especially for a program that is only $5 for iOS. You get multiple timelines per project (which is an absolute must now), support for 4K and 1080p60 and a layout to the editing software that makes a lot more sense than it once did. 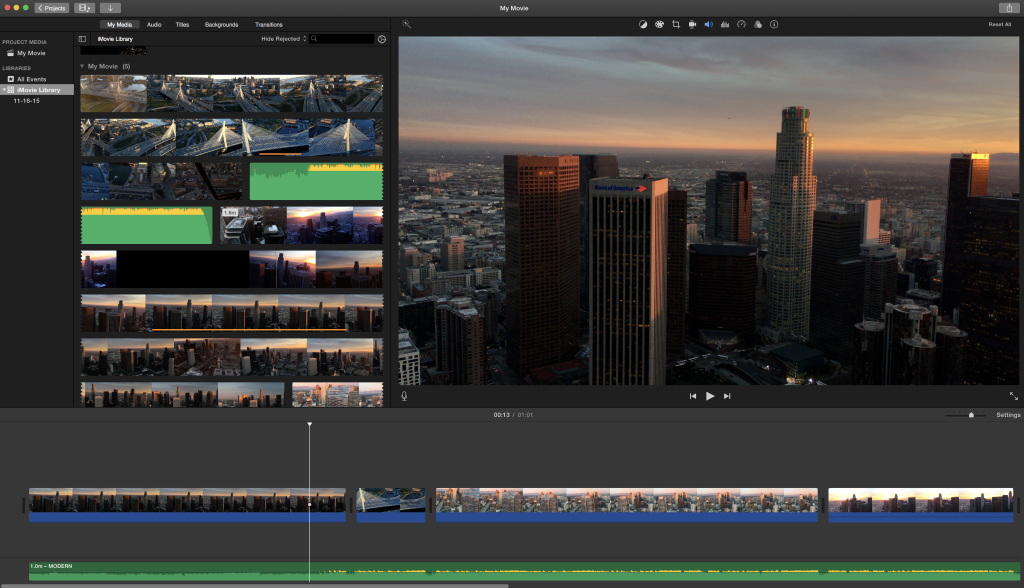 On the left is where you store all your imported footage, the bottom is where your timelines live, and the preview window is, as expected, above the timeline sequence and scalable. I like it to take up about 2/3 of the viewing space, personally.

The program feels much the same on both desktop and iOS, and the software runs incredibly smoothly on both platforms, which is a pleasant surprise especially when considering the varying types of iPads and iPhones. On both my iPad Air and my iPad Pro, the program runs extremely smoothly with no hiccups or hitches. I guess this is what you get when you have the software developed and designed with and for the hardware. As far as a video editing solution goes, it simply feels the most connected and seamless. Though I edit primarily in Adobe Premiere, when I’m working within that software I am always acutely aware I’m working with unrendered video files. In iMovie (and also in Final Cut), the render is happening in the background and doesn’t affect how I edit footage. I feel no slowdown, and video just… plays. It’s a really nice feeling.

If you have never edited video before and you’re looking to get started, iMovie will feel very easy to use. Simple tools and an interface that just “makes sense” for a quick edit of family footage removes any barriers that newcomers to editing might feel with any other platform.

If you have edited before and are used to what you find in Adobe Premiere Pro or Elements, iMovie can take a second to get used to. Unlike in other editing applications, each clip is separated in the timeline by a gap that is used to display the change in clips and where any transitions are also shown. It looks like it will mess with the pacing of the video, and it can sometimes be hard to match up the timing of music to a transition switch, but it’s not that hard to get used to. 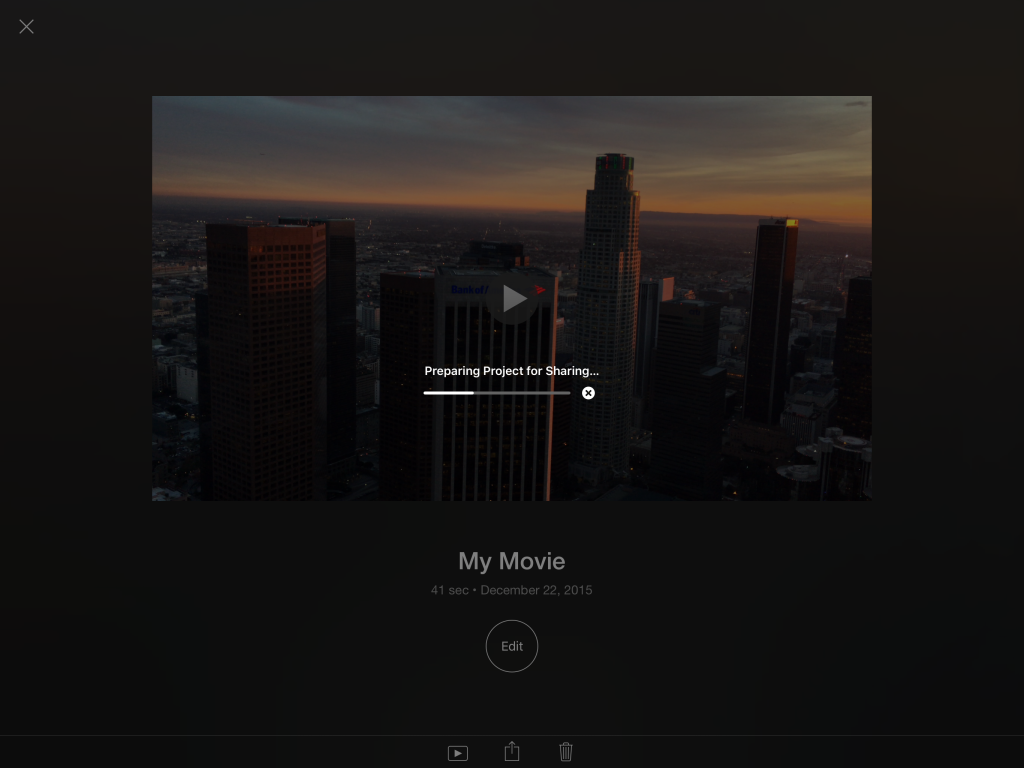 I mentioned earlier that iMovie is on both Desktop and iOS, and that can come in handy for working while not at home. The software syncs across both allowing you to work on your iPad and continue working on the desktop. The iOS version has a few more things tossed in, such as included stock music to freely use (this might also be on desktop but I couldn’t find it), and all that transfers over to the desktop when you sync using iCloud.

My favorite thing to do on iOS isn’t to actually edit a timeline, but to use iMovie to cull, cut and segment video for later editing on desktop. The spots I’ve marked in the footage are highlighted with a yellow bar in the portion of the video clip I selected. I mark the parts of the clips I want to use in iMovie… 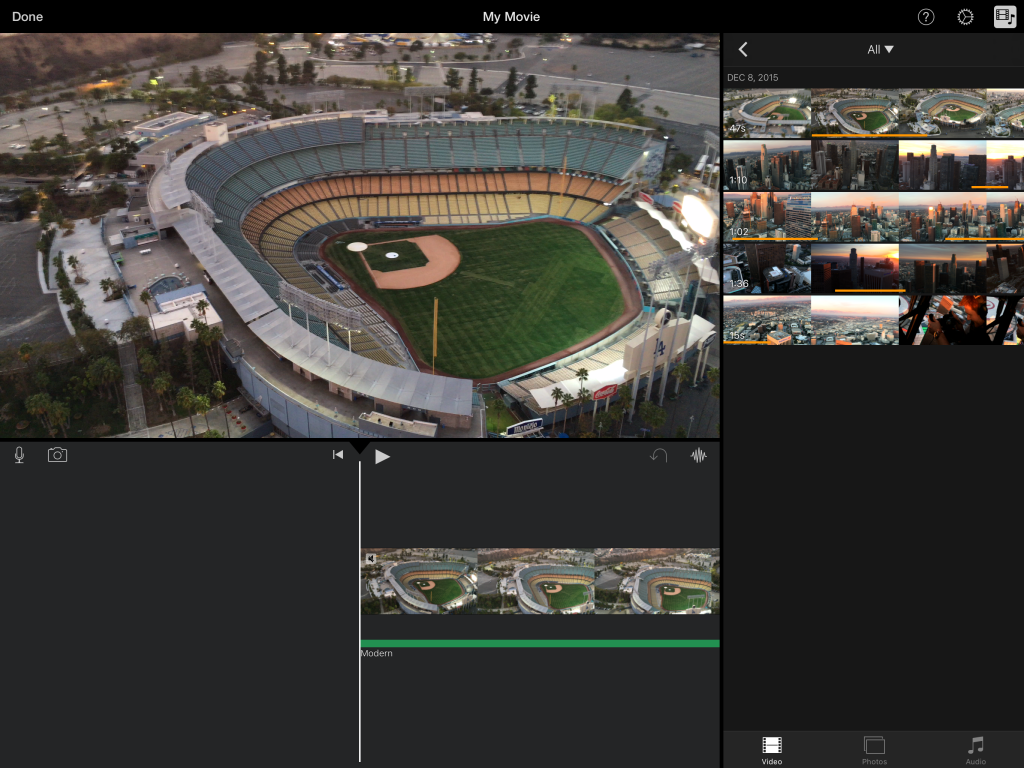 And then I can see those marks when I sync with the desktop. 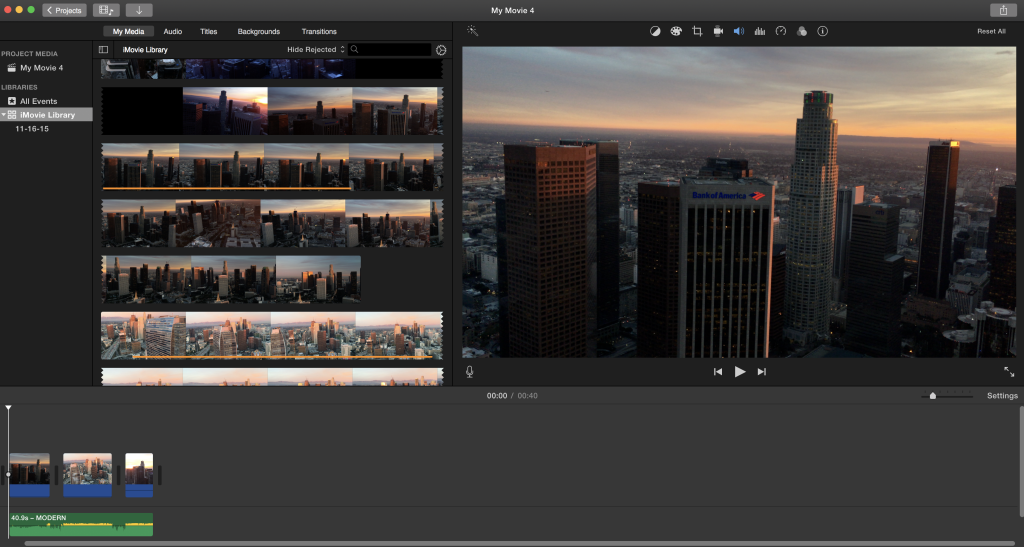 The thing is, when I spoke to Apple about this, they knew it was possible and were excited to show it to me, but I’m not even certain they understood the level of how useful this is. Other mobile editing apps, like Premiere Clip, are living in this weird zone of not really sure where they fit in the whole “workflow” thing. I’ve highlighted my issues with Clip specifically before, and as a standalone mobile editor I think iMovie is worlds above what you get in Clip. That’s a different point entirely, but what I’m trying to say is that the mobile version of iMovie can either be your standalone editor (which it’s quite proficient) or it can be the way you cull through video footage to select the pieces you want to use to edit later. The second method is easily my favorite, since I still prefer a mouse over my finger when editing video.

The whole idea that the mobile application can be used as a culling platform is a huge deal for me, and looking back on it, I’m shocked no one has thought of this yet or at least pushed it more heavily. iMovie is only dabbling in it as a concept, and you can’t take those culled marks out of iMovie and into Final Cut, which is a real shame. Even though Final Cut isn’t perfect and has a lot it needs to do to be useable again by professionals, having this functionality in there that connects their software together would be a really awesome addition.

Frequently I am asked what editing platform I would recommend to first timers looking to make their first video. For a while, I really had no good answer. I don’t like most of the options outside of Premiere because of their ludicrous limitations. When I recommend something, I want my recommendation to have some staying power and the ability to produce good results. After using iMovie again for the first time in years, I am confident in recommending it to folks who just want to have something to get their footage put together. It’s a very easy to use platform that’s intuitive and friendly as well as having a good amount of horsepower behind the scenes.

It’s a great platform to start understanding video editing, but I wouldn’t say it’s quite there yet for those already confident in their editing skills. The interface is a bit weird for those used to Adobe Premiere or something similar, and the lack of customizable options for transitions and effects leaves me wishing for more fine-tunable features. If iMovie adjustments and projects synced with Final Cut the same way their iOS and desktop versions of the software currently do, then they might have something really awesome. But for now, it’s a nice editor that has a fit for the newcomers, but not enough “oomph” to impress those who are used to having more.

My final word here is that iMovie is a clear winner in the “what I will recommend to new users” editing software pool. It’s easily the best in this category, and introduces the concepts of editing to new users extremely well. Just don’t expect it to do everything, because it doesn’t and I doubt it ever was intended to.