In this day and age, being a visual creative through still or motion photography means relying on lots and lots of digital storage space. There are many ways to get more of it, from upgrading your internal drives, or simply adding more. But at some point your computer will no longer have room to add more drives inside it, and at that point you have to expand your storage externally, either through portable drives, a NAS or an external Dock like the subject of today’s review.

The HDD-202 is a two bay raid dock that allows you to use hard or solid state drives meant for internal computer use externally. Basically, it allows you to expand the storage capability of your computer without taking up additional space internally. It is also RAID compatible, so you can use it as a form of redundancy to ensure that your data is safe.

The HDD-202, unlike older docks of a similar use, features the latest USB-C 3.1 Gen 2 connection. This means that on compatible computers you can expect some of the fastest transfer speeds (up to 10Gbps!!!) around. Also, don’t worry if you don’t have a computer with a USB-C port yet, the HDD-202 comes with both a USB-C cable and a USB-C to Standard USB cable meaning you can still connect this dock to any modern computer. 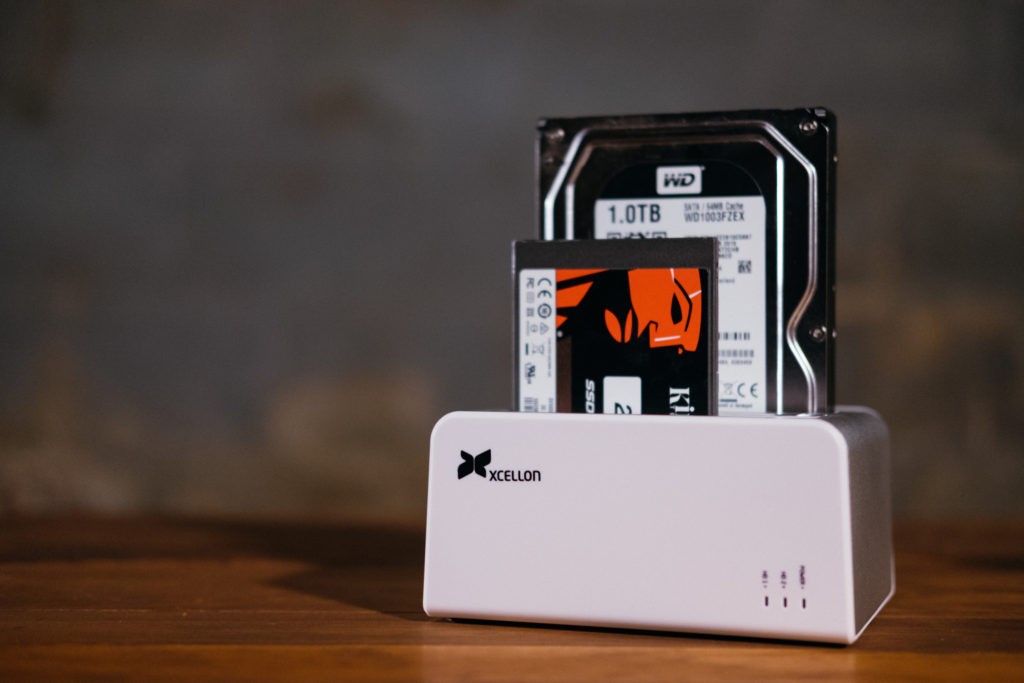 In the build quality department, the HDD-202 is acceptable, though far from the best I have seen. It features a case made mostly of plastic, though some metal is used to accent the white plastic. Overall it looks nice enough, though it clashed with the black/red theme of my office (those of you minimalists or apple fans will not have this issue).

The buttons on the back of the unit, power and ‘set’, both have a nice hard click so you know when you have pressed the button. This is always nice as nothing is more frustrating than a mushy button that you never really know if you pressed it fully or not.

The RAID switched on the back are similarly solid, though you may find it hard to flip them with your finger given their size. I found that a pen, or penny, worked well for flipping them when I was having issues using my finger. 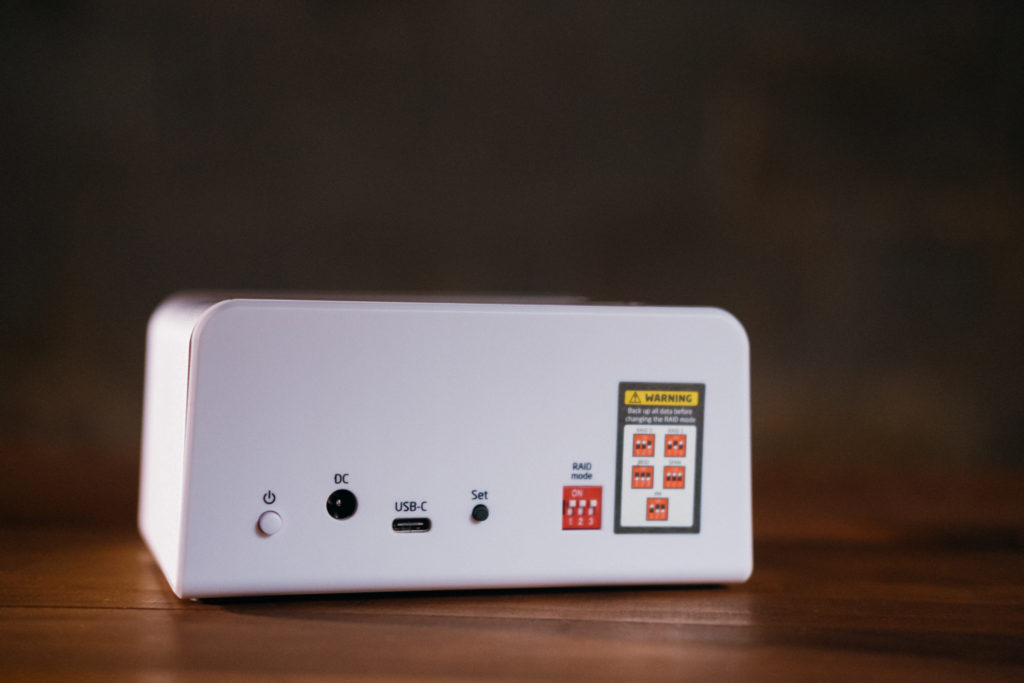 It doesn’t get much easier to use than the HDD-202, you just have to plug it in, connect to your computer, and you are good to go. The dock is hot-swap compatible, meaning you can put drives in and pull them out without damaging the dock or the drives.

The only real setup that you need to do is if you want to take advantage of the dock’s RAID functionality. If you do, you simply need to position the RAID switches on the back of the unit in the correct pattern. Each pattern corresponds to a RAID type, and those are depicted on the sticker next to the switches. Its not complicated at all.

It is important to note though that you should backup any data on your drives before initializing a RAID setup on this dock, because once you turn on RAID and connect the drives it will wipe all data from them while it builds its internal RAID array. 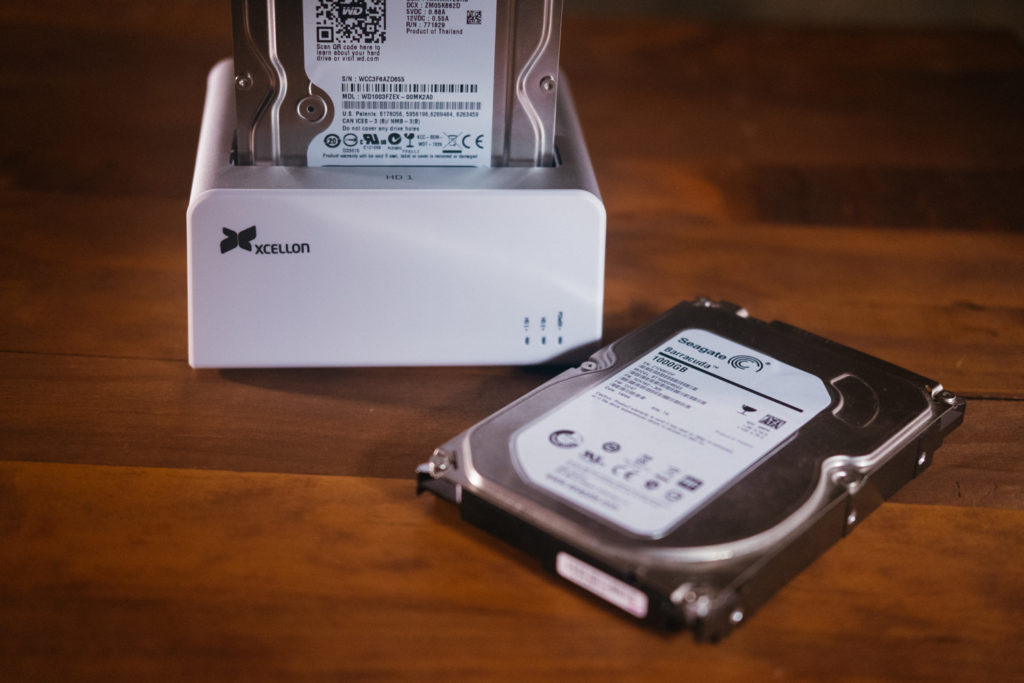 Throughout my testing of the HDD-202 I found the performance to be as advertised. My computer does not have the latest USB-C 3.1 so I was not able to take advantage of the lightning fast 10Gbps transfer speeds, but still, when compared to my other external docks and enclosures, I was pleased with the performance that the HDD-202 provided.

Just to give you an example, I connected the HDD-202 to one of my USB 3.0 slots (the fastest connection on my current system) and inserted a spare Kingston 240GB SSD that I had into the HD1 slot of the HDD-202. I opened up Blackmagic’s drive speed tester app and let it run a few times, the results speak for themselves. Even on just USB 3.0 connections (when paired with SSDs) you can expect very respectable performance out of any drives you connect to this unit. 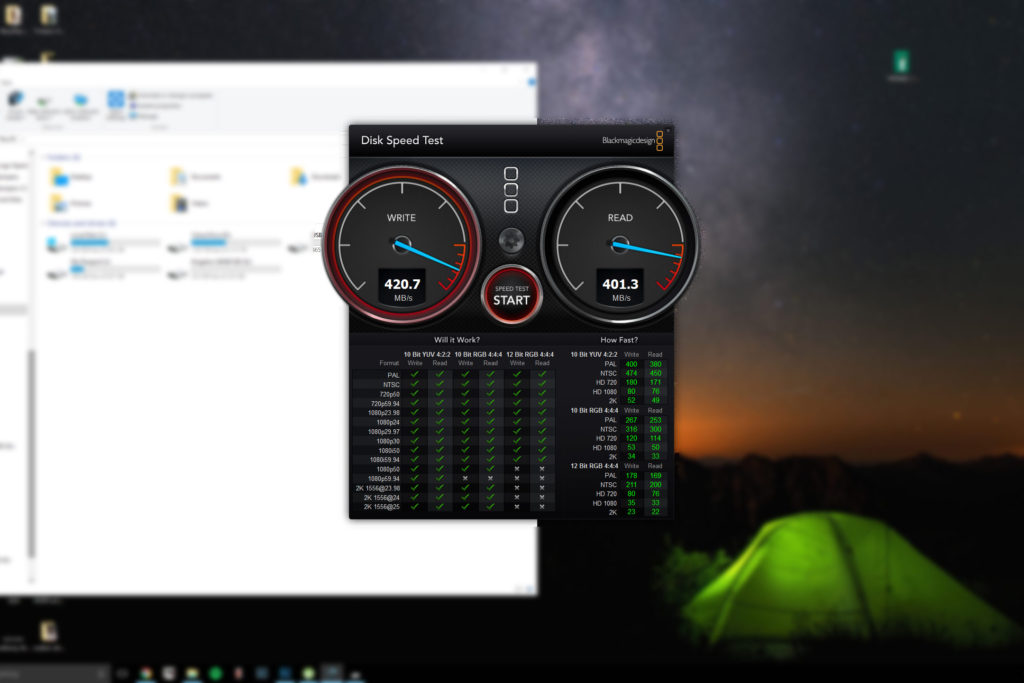 To finish up this review I just wanted to reiterate some of what I already mentioned above. I have been very pleased with the Xcellon HDD-202 and the performance that I was able to get out of it. Xcellon is not a brand that many of you have likely heard of, but if this unit is any indication, it is a brand whose products I would trust with my data storage in the future.

The other thing about this unit that really makes it worth considering is the price. You can get your hands on the Xcellon HDD-202 for a mere $99, an excellent price for a great product that expands the storage potential of your computer without sacrificing much in the way of performance.

Anyway. That is my two cents on the Xcellon HDD-202. If you are interested in picking one up you can find them over on B&H Photo, here.