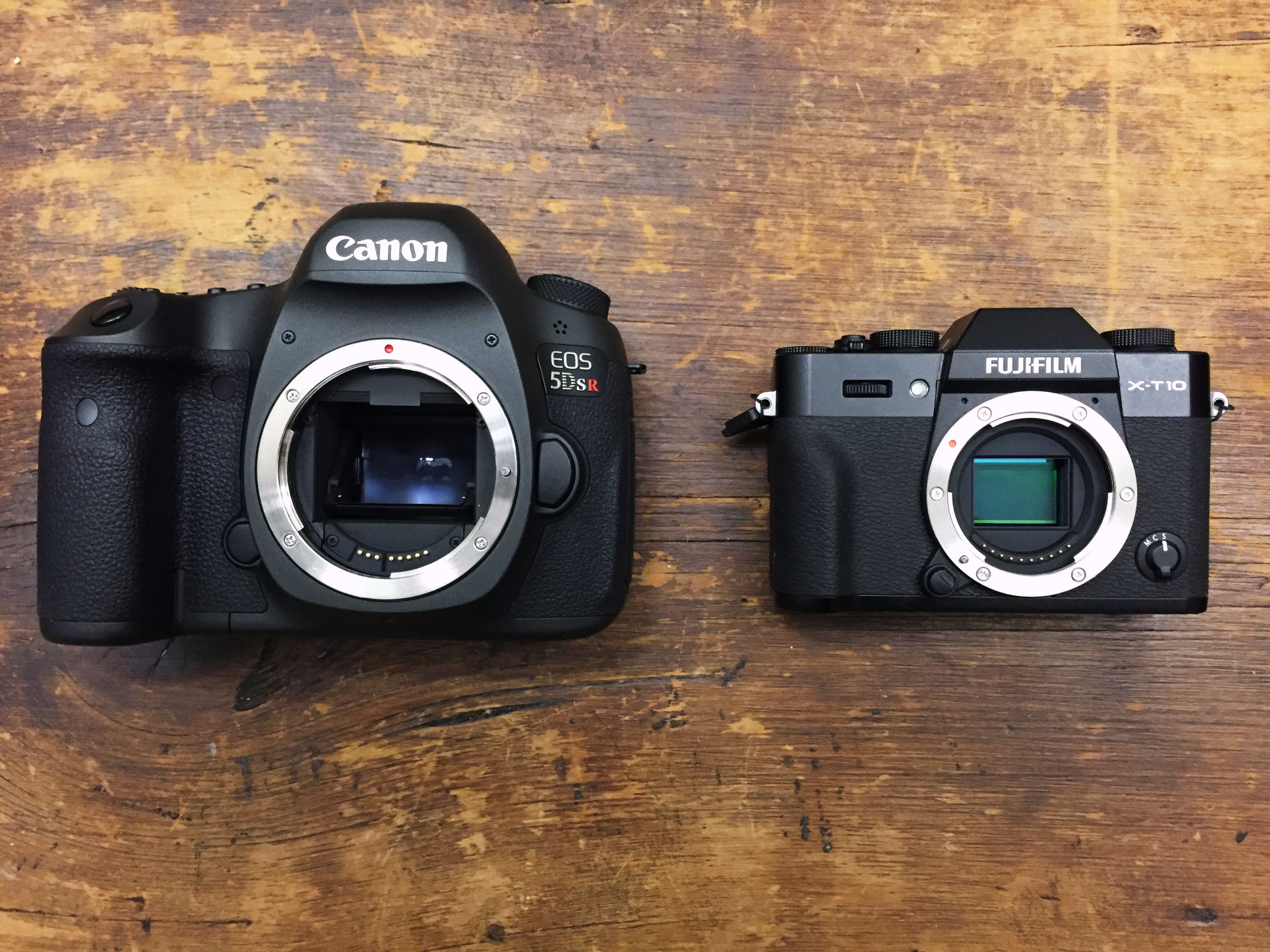 How to Convert your DSLR Kit to Mirrorless on a Budget

Have you given in yet? Is the click-slap of your ancient technology ruining otherwise pristine photography experiences? Do your arms feel weakened by the burden imposed by your chunky 5D? If so, you may have developed an irrational but understandable hatred for mirrors inside cameras. But don’t worry, there is a cure: go mirrorless.

There are a million reasons to shoot a mirrorless camera, and a million reasons not to. But in the end, the best camera for you is the one you want to shoot, so if your heart’s set on upgrading to a mirrorless system then your decision has already been made. Of course, the biggest obstacle separating you and your new love is the heap of gear you’ve already invested in that is specifically made for your camera brand. This is your system baggage. It won’t be easy (or financially logical) to leave this all behind, so let’s go over the three major options for making the leap from a DSLR to a mirrorless camera system.

Barring the trash can, this is the quickest, easiest, and most expensive way to transition from one system to another, particularly if you sell/trade-in with a major retailer. You can generally expect to get about half what you paid for lenses in good condition that are still current and well regarded. Older lenses aren’t very valuable, except in rare cases. Camera bodies, on the other hand, lose their value much faster because they go out-of-date so quickly. Unless you have a current model, you’ll probably get around a quarter of what you originally paid.

If we assume you bought a handful of lenses ranging from $500-$2,000 each and two professional camera bodies, you’ll end up in at least a $5,000 hole once you sell everything and get new gear. Considering the fact that the equivalent of your high-end lenses on a new mirrorless system are likely expensive and hard to find used – Sony lenses, while excellent, are particularly expensive compared to Fujifilm lenses and the like – and you end up losing a good chunk of cash. And that’s just for the main equipment, once you factor in that you’ll get next to nothing for you various UV filters, flash syncs, bags, and other miscellaneous items and you may realize that this isn’t the best option. 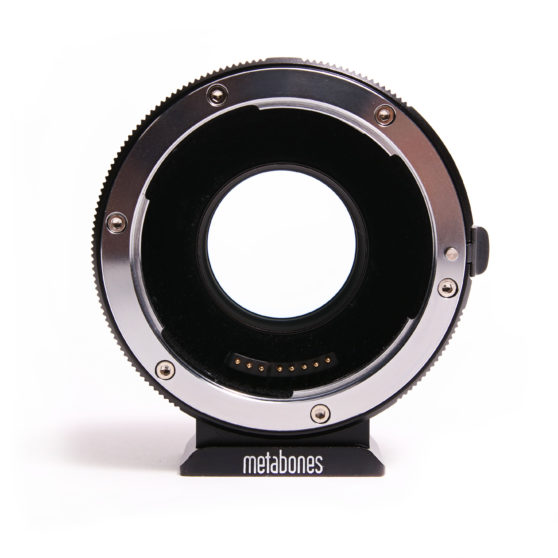 Keep what you can

If you aren’t so eager to get into the mirrorless state of mind that you’re willing to throw away most of your DSLR investments, you could always buy some superfluous items to ease your transition. For example, there’s a decent lens adapter for pretty much any conversion you could want. And since mirrorless cameras have a shorter flange distance (the distance between the lens and the sensor), many mirrorless body to DSLR lens converters perform acceptably. However, don’t expect to get the same level of detail from your Canon L lenses while using a converter, especially if their wide angle lenses. In most cases, the center of an image and the overall look of a lens will remain the same, but the edges will lose their detail and sharpness. This is less of a problem when shooting video or if you use a full-frame lens on an APS-C mirrorless.

Depending on the adapter you get, you may or may not have autofocus, and if you go for something really cheap (which would be a bad idea) you may not even have aperture control or metering. You’re best off only keeping you DSLR telephotos and buying a couple quality, wide-angle or normal primes in your new camera’s native mount. With some work, you can also find ways to use the same flashes and triggers with new wires (particularly if you use items like the Vello Shuterboss, which is highly adaptable). Whatever you do end up selling, you should try to sell yourself on Craigslist or eBay to get the best price. 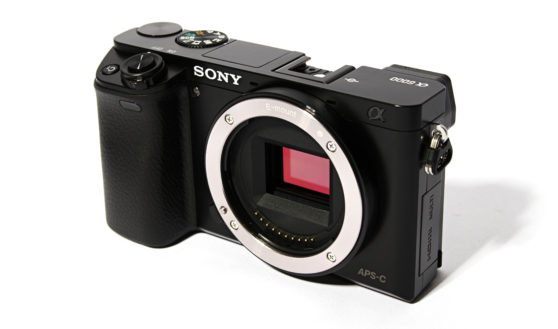 It’s not possible to have it all, but it is possible to have some of everything. In fact, having a little of everything may be your cheapest option. If you’re itching to get a mirrorless but not ready to give up your DSLR gear, you can always do both! Instead of replacing your pro DSLR with a similarly powerful camera like the Sony a7R II, you could opt for the still amazing Sony a6300 or the unbelievably well-priced Sony a6000. You could buy one of these cameras and a couple good lenses by selling only one of your two DSLR bodies, or maybe a nice lens or two. This way you also gain some versatility in your kit, since you could use your a6300 for video, event, and sports photography while keeping you DSLR for studio work, for example.

If you decide to invest in Sony lenses and accessories, you can always upgrade to their latest full-frame down the road and keep what you already have. But if you find the spark gone between you and your mirrorless kit, then just switch back to DSLR only. This option, while the least exciting and slowest way to switch, is also the cheapest and safest way to go. 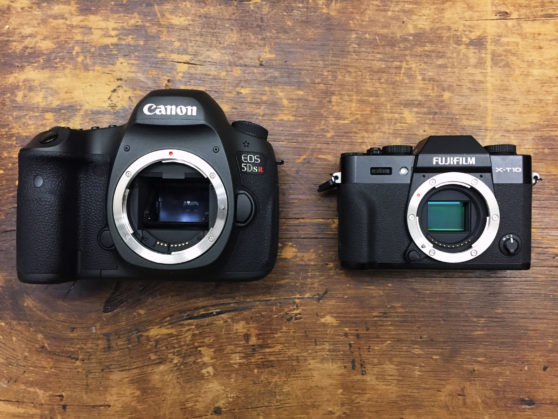 If you’ve been yearning to ditch your DSLR, there’s no time like the present. Mirrorless cameras have all but passed their clunky rivals in almost every way and there’s no end to their innovation in sight. All you need to decide is how certain you are of your switch, how much you’re willing to spend, and how badly you want to get you hands on the latest innovations in photography.

If you’ve already made the switch from a DSLR to a mirrorless system (or the other way around), tell us your conversion story in the comments below.