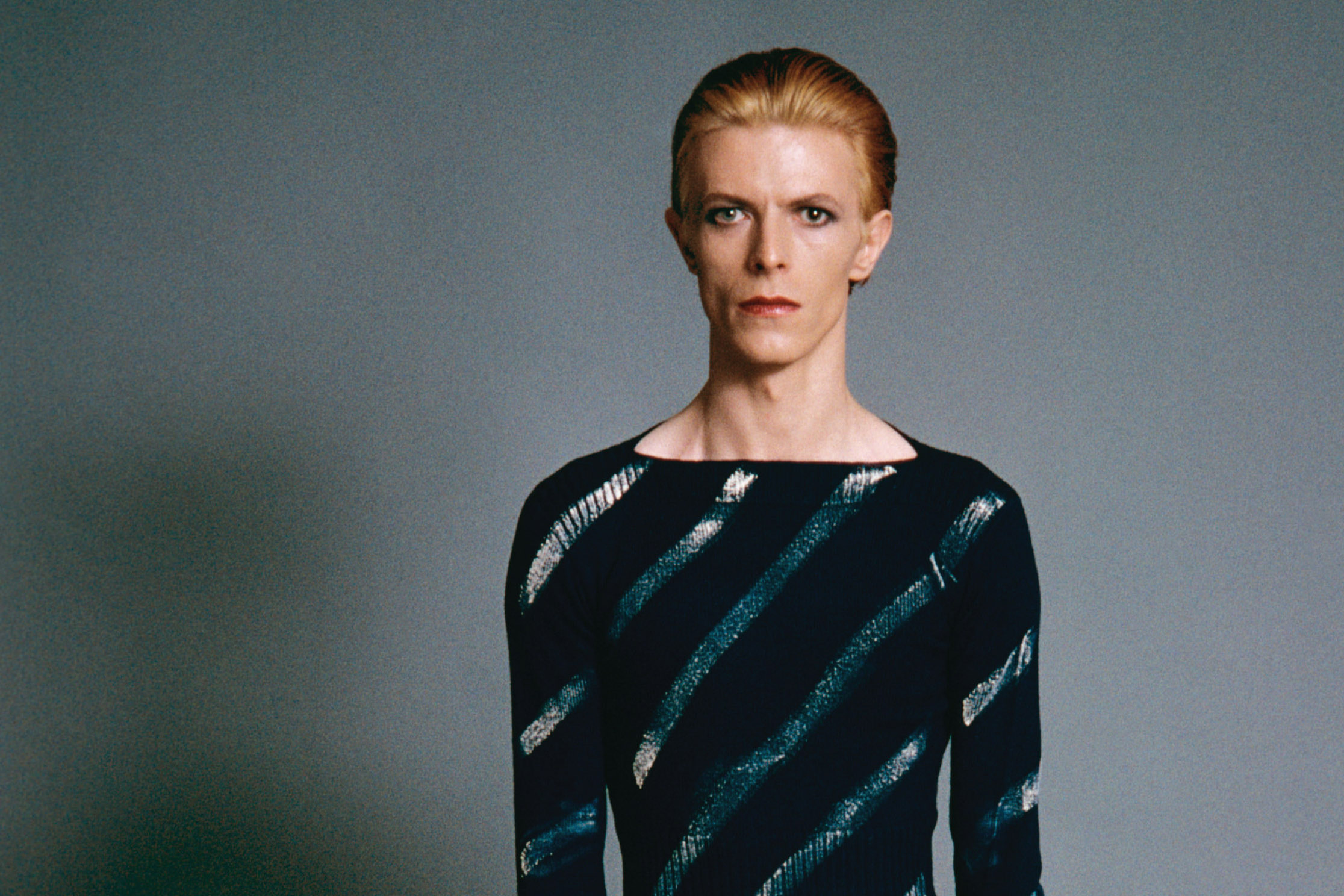 Inside David Bowie’s Most Iconic Photoshoot

Like most of the western world, I feigned long-held fandom to be a part of that iconic moment in music history, listening to the few Bowie songs I knew and liked (Ziggy Stardust, Space Oddity, Under Pressure). Not until I flipped through the pages of the newly released photo book Bowie by famed photographer Steve Schapiro did I begin to appreciate the creative mind that was lost. 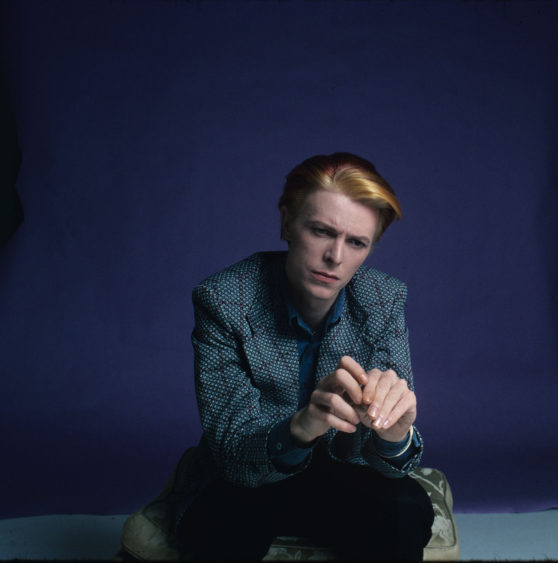 These photographs in this book, published by powerHouse Books, were taken periodically throughout the mid 70’s in the studio and behind the scenes. Most of the studio portraits were shot in a single weekend in 1974, during Bowie’s musical revival and outburst of multi-discipline creativity that saw the creation of the alter ego Ziggy Stardust.

It’s clear from the diverse collection in this book that Shapiro was a tool in the hands of Bowie, who used the shoot to explore the visual embodiments of the multiple personas he was developing. In the book’s afterward, he writes, “That day it seemed Bowie was trying out all kinds of characters, costumes, and ideas to see which would work best for future projects. I’m certain he was already well into his thinking about The Man Who Fell to Earth.” Bowie’s creative experimentation is visible throughout the book.

The forward, inspired by a Bowie fan’s blog post, outlines the clear connection between the photos taken during this pivotal shoot and the music videos made for Blackstar. Not only did Bowie use some of the very same costumes he made for the 1974 shoot in his final creative endeavor, but he also makes subtle references to the shoot throughout the music videos and is clearly revisiting some of the same themes he explored earlier. But Schapiro’s ’74 shoot with Bowie, which reportedly went straight through the night, is not only notable for its connection with the musician, but also for the intimate quality of the portraits themselves that is proof of the photographer’s talent.

Schapiro made a name for himself in the 1960’s and 70’s for his documentary and portrait photographs of icons like Andy Warhol, Muhammad Ali, Bobby Kennedy, MLK, Marlon Brando, Barbara Streisand, Frank Sinatra… the list goes on and on. It’s no surprise that Bowie and his manager chose Schapiro to collaborate on this shoot, which resulted in dozens of recognizable images that were used on magazine covers, album covers, and biography covers for decades to come. 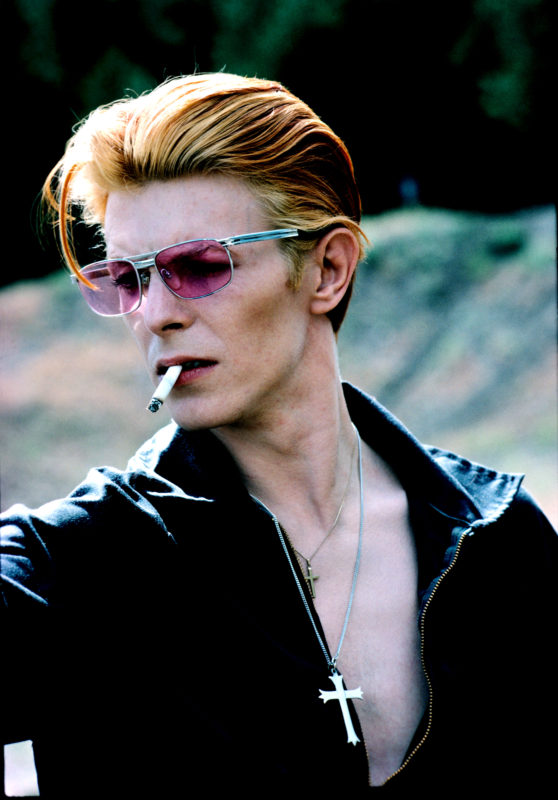 The portrait photos included in the book are indicative of the artistic moment within the lives of both Bowie and Schapiro. Images like the one above (taken while on break for The Man Who Fell to Earth) demonstrate a slice of pop culture that Bowie perceived and developed for himself. The image below (taken during the ’74 shoot), on the other hand, shows Bowie’s artistic take on that same slice of culture, which he reinvents and makes absurd, thereby predicting and creating the pop aesthetic that came in the 80’s. 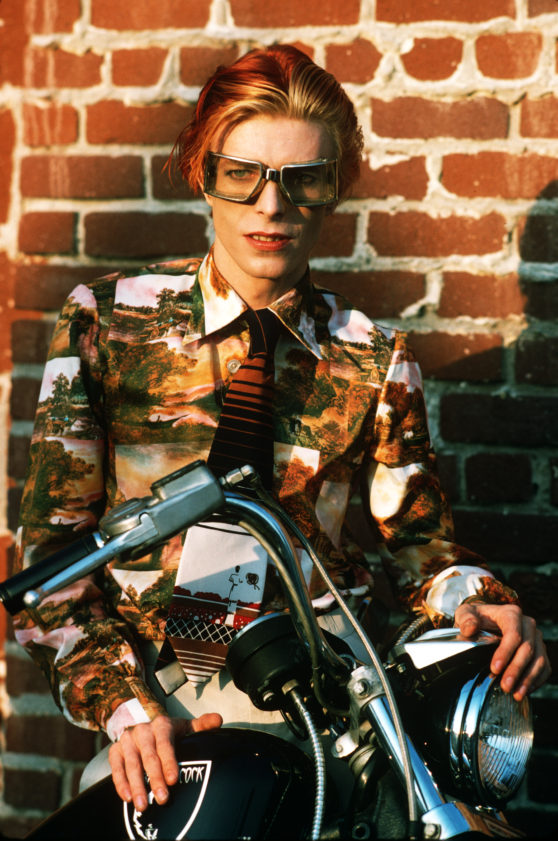 The photographs throughout this book show an intimate connection between photographer and subject, one that is only possible through mutual respect and personal bond. The photographic and aesthetic quality of Schapiro’s work is obvious to the point of being mundane; every image looks great. But the visible story behind each photograph should be noted as unique and compelling — something every portrait photographer should strive to achieve — and Schapiro and Bowie put on a clinic in this book.

One particular story that is spelled out in the afterward is that of an infamous green backdrop. Both the photographer and musician agreed on first sight that it was the worst color imaginable for a magazine cover. So they used it for some close-up portraits, and the image below eventually became a cover shot for People Magazine. 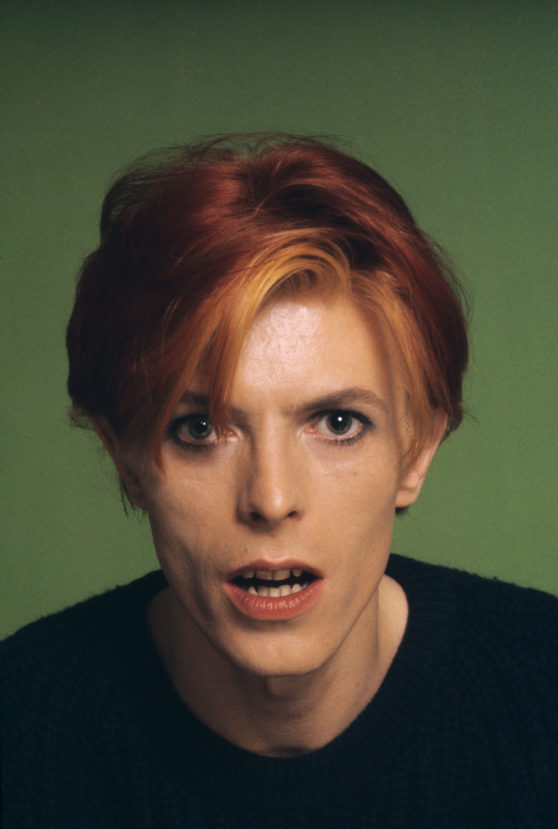 Bowie is a photo book, historical record, and glimpse into the mind and creative process of a cultural giant. Each set of images is more compelling than the last, offering multiple views of an extremely complicated person. This book made me a Bowie fan because it’s impossible not to respect the artist presented here. Slowly but surely, I’m tracking the creative progression of this phenom album by album and can see the evolution of Bowie’s music in the photographs in this book. 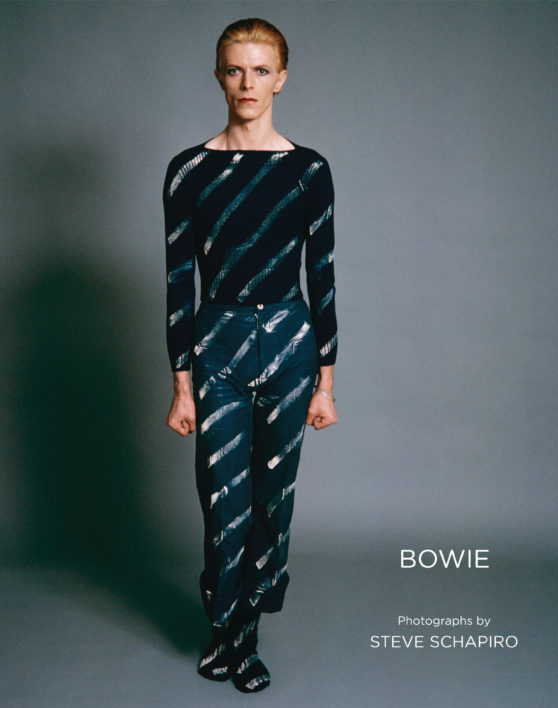 All photographs by Steve Schapiro, from Bowie, published by powerHouse Books.