We heard rumblings and rumors over the last year or two that Samyang (also branded as Bower and Rokinon in various parts of the world) had been working on autofocus lenses, but nothing ever came of them. In fact, it has been so long since those rumors I had completely forgotten about them, I long ago wrote them off as one of the many rumors that never pan out. Today, though, Samyang proved me (and likely many of you) wrong.

In a huge announcement for the Korean company, they unveiled their first two autofocus lenses in company history. A new 50mm F/1.4 and 14mm F/2.8, but hold your horses, the other very notable tidbit about this new announcement is these are Sony FE mount lenses, making this big for Sony full frame shooters as well!

Design wise, the two lenses very closely resemble the look of Sony’s OEM lenses. Featuring a slick black exterior, with a sloping barrel to the lens mount. The two lenses also feature a silver and red ring. But honestly, they could very easily pass for Sony brand lenses in my opinion. This is good, it means the lenses will fit will with the A7 cameras and in kits with other Sony brand lenses. 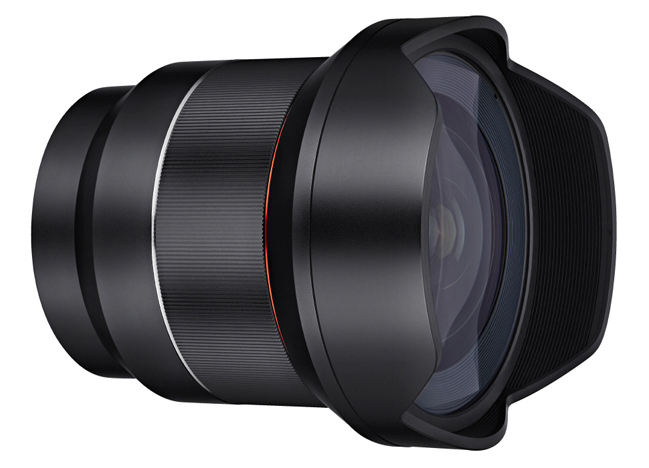 Still, it would have been nice to see Samyang do a little more with the design, make it their own. It would have been possible to design a lens that still fit in with other FE mount lenses but still had a distinctive look. AS it stands, the only thing setting these apart from any other FE lens in terms of style/design is that red and white ring. I fully admit this is a little nitpicky of me, though, if I had to choose between Samyang focusing R&D time on a unique lens style/design or higher performing optics & AF performance, I would choose the performance improvements hands down.

Samyang’s new 14mm F/2.8 will likely have you wide-angle Sony shooters watering at the mouth, as it is currently the widest lens available for the FE mount. The 50mm F/1.4, as it currently stands, is also the brightest/fastest (whatever you preferred term is) AF 50mm lens available FE mount. Another impressive feather in Samyang’s hat. It will be very interesting to see how the optical performance and AF of these two new lenses perform on the latest crop of Sony’s A7 series cameras.

If you think about it, this is an incredibly smart move from Samyang in regards to positioning their AF product in a place to succeed. It’s not secret that people are clamoring for more FE lenses and more affordable FE lenses, this positions Samyang in a spot to address those needs without much competition at this point. 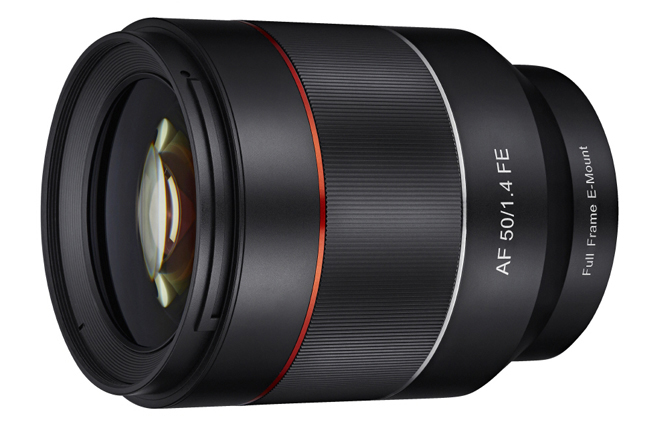 Unfortunately, Samyang has decided not to announce and exact availability or pricing on either lens at this point. The release does mention that the lenses will be on display at the Photo & Imaging 2016 Show in Seoul, South Korea and that both lenses should be available globally at some point in July. I, like many of you, will eagerly await news of the pricing on these lenses. Since these are the companies first AF lenses we can’t really base our thoughts on any of Samyang’s previous announcements because until now they have all been manual focus only.

Those interested can find the full Samyang press release here. But I am also curious what you all think about these new FE AF lenses from Samyang. Should Samyang expand their AF capabilities over to their DSLR lenses as well?