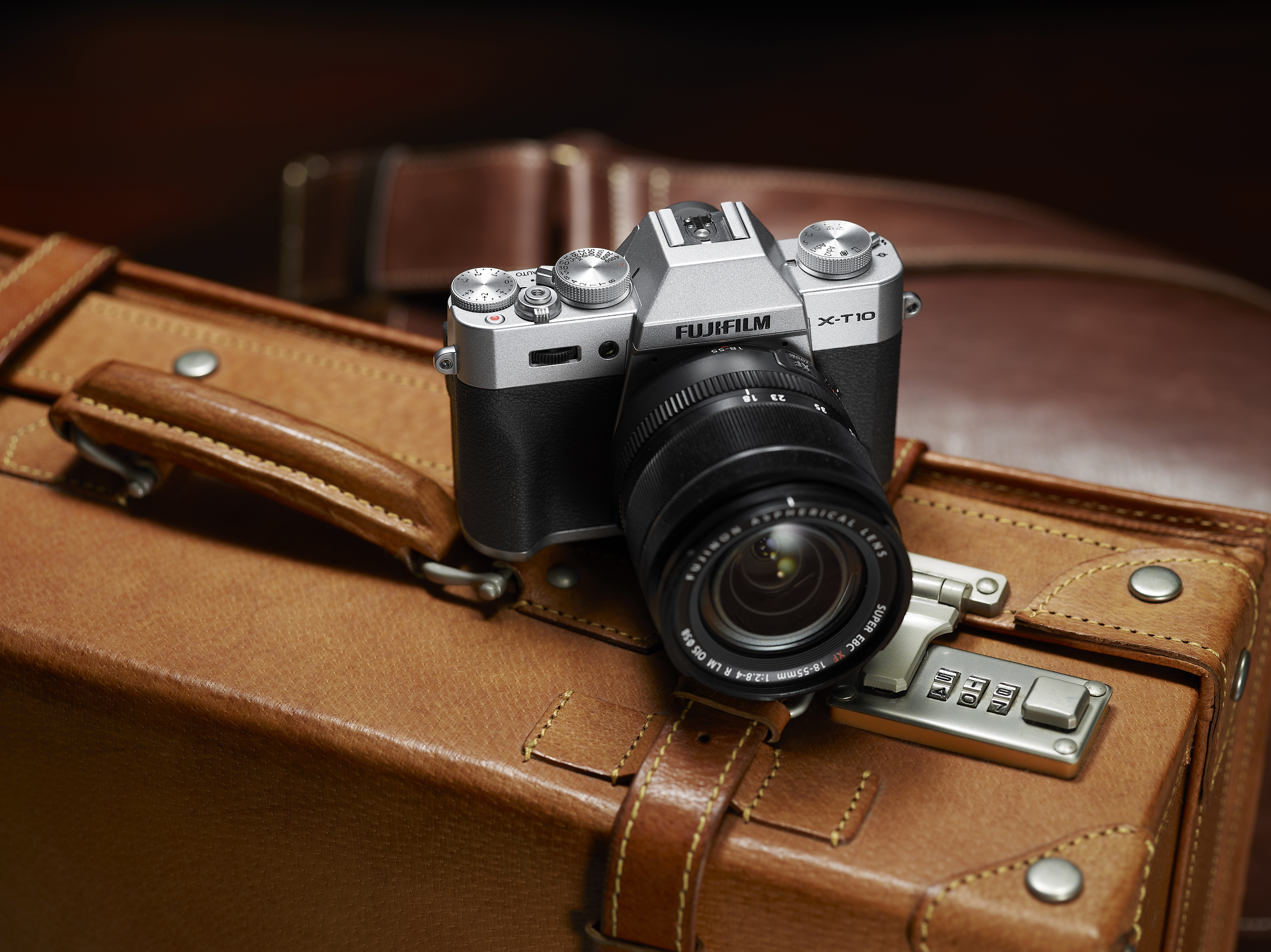 Popular Fujifilm Lenses and Cameras are On Sale Right Now

It’s no secret that we here at Resource Magazine are huge fans of Fujifilm’s cameras. Centered on old-school style and design, these well-crafted mirrorless beauties are widely considered some of the most satisfying to shoot, especially for street and travel photography. The new Fuji X-Pro2 is one of the most drooled-over releases of 2016, and for good reason; it’s truly an elegant camera with amazing image quality and near-perfect design. If you’re interested in getting yourself a Fujifilm mirrorless or adding to your Fuji lens collection, now may be the best time to buy.

Here, we’ll offer some advice on which cameras and lenses are your best bet, and link to the available deals on Adorama. Since the best deals are on Fuji’s most popular (and generally excellent) lenses, we’ll start there. 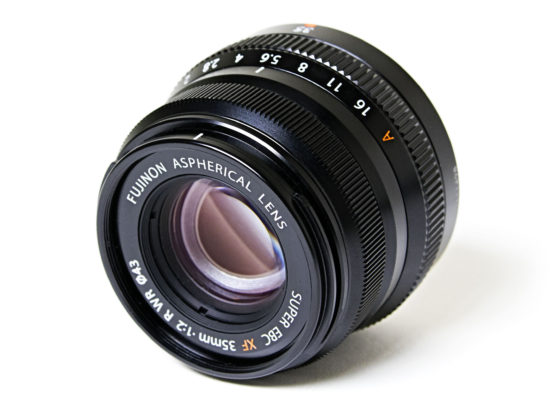 This is the widest angle prime lens Fuji makes, which is actually not that wide at 21mm equivalent. Still, it’s a useful length for vacation photography to get sweeping interior shots that don’t look too distorted. And 44% off it a pretty hefty bargain.

This lens is the better version of the 14mm above, since it’s an f/1.4 and is weather resistant. Unless you really need to save the extra $200, we’d recommend getting this 24mm equivalent lens instead.

With this lens attached to a smaller Fuji camera like the X-A2, you essentially have a compact camera with an APS-C sensor and full manual control. This wide angle prime straddles between pancake lens and regular compact prime, offering optical quality and a slim form factor.

An excellent medium-wide angle that’s aimed at Fuji’s pro users, this lens has impeccable sharpness, though it’s not as compact as other offering and isn’t weather resistant.

This pancake lens is awesome, though it lacks a touch of sharpness compared to Fuji’s non-pancake primes. Still, the focal length is an all to overlooked 41mm equivalent, exactly the same as the perceived focal length of human vision (which ranges from 40 to 43mm), making it the perfect street shooter.

Though this lens can certainly hold its own against any mirrorless lens out there, it’s not as good as the 35mm below, since it’s more expensive, a touch less sharp, not weather resistant, and larger than that lens. And you probably don’t need the extra stop of light.

If you have a Fuji camera but don’t have this lens, shame on you. Just get it. It’s the best normal, prime lens Fuji makes, it’s weather resistant, and it’s selling for even less than its already unbelievable price. You can read more about why we love this lens in our review.

Want a portrait lens? This one is simply amazing. While it’s listed as 56mm, it’s an 85mm equivalent, generally considered the ideal focal length for portrait and studio photography. It also has an great F/1.2 max aperture that gives you some truly buttery bokeh.

If you’re willing to shell out the extra dough, this lens is even better for portrait photography than the 56mm above. Its main advantage is the inclusion of an APD (anodization) filter, which smooths the edges of the diaphragm, thus smoothing the edges of background bokeh. If you buy this lens, you might as well break off the aperture ring (though you’d be hard pressed to do so), since you’ll never shoot it on any other setting than its max F/1.2 aperture.

This is Fuji’s only macro lens, so if you’re into macro photography then this is your best/only option. It’s sharpness and optical quality are alright, but its minimum focusing distance of 11″ and maximum 0.5x magnification aren’t that impressive for a macro lens.

This weather resistant telephoto has an impressive F/2 aperture for it’s long reach, making it a great option for nature and wildlife photographers. 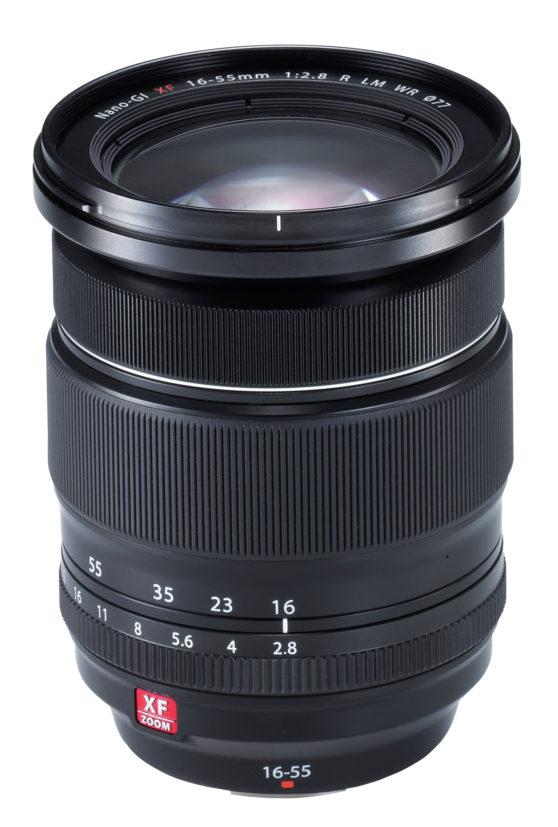 At 10mm, this is the widest angle lens Fuji offers. It’s a great option if you generally don’t rely on the wide angle range but want to cover all of your bases, and it has optical image stabilization for some reason. But if you frequently shoot wide angle photos, you’d be better off with one of the better priced primes above.

This is an excellent lens for documentary photography, and is essentially the Fuji version of other brands’ 24-70mm workhorses. It’s also one of three Fuji “red badge” zooms (and the only one on sale right now), which are designed to meet the quality standard of discerning professionals.

With a truly impressive zoom range, this lens could serve as a do-it-all option if you’re into that kind of thing. We always recommend leaning towards primes or shorter zooms with better apertures and sharpness, but if you really only want one lens then this might be your best bet.

If you opted for a Fujifilm camera, you can probably skip this one. It’s the only long telephoto Fuji makes, which goes to show that there aiming for everyday/street/travel photographers more than sports or nature photographer. It’s certainly not a bad lens for what it is, but it has a slowish aperture and simply to much zoom to offer fine micro-contrast or sharp details. Fuji’s strength lies in their primes, but if you want a long zoom you should save up for the XF 40-140 F/2.8 or the “red badge” XF 100-400mm zoom. 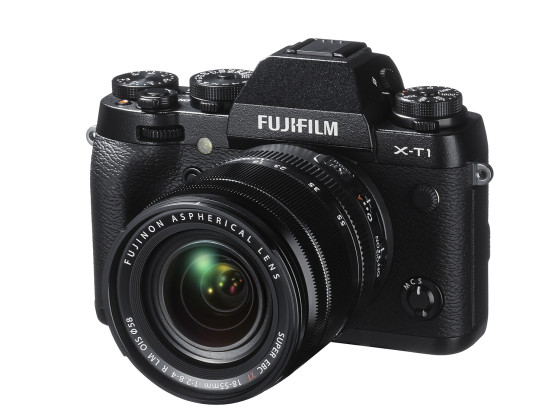 This is probably the best entry-level mirrorless camera out there, except perhaps for the Sony a6000, which is also now available at a discount. It’s extremely compact and well built. Though it doesn’t have the loads of features available on the Sony, it has captures those beautiful Fuji colors with its effective film simulations. This deal is also available bundled with an XF 18-55mm F2.8-4 R LM OIS Lens or with an XC 16-50mm F3.5-5.6 OIS Lens, but we’d suggest skipping the kit lenses and selecting one from the list above.

This camera used to be the flagship model for Fujifilm, but has been ousted by the new reigning king, the X-Pro2. Still, it’s an excellent camera that can easily be considered professional, though it sports a 16MP sensor, which may be slightly low-res for some pros. This camera is also available with the same 18-55mm kit lens and or with the 18-135mm lens that’s on sale above.

With all of these deals, this may be the best time to buy into a Fujifilm mirrorless system for the next few years. You can fill out your entire kit and save around 25% across the board, which will probably be enough to get you an entire extra lens!