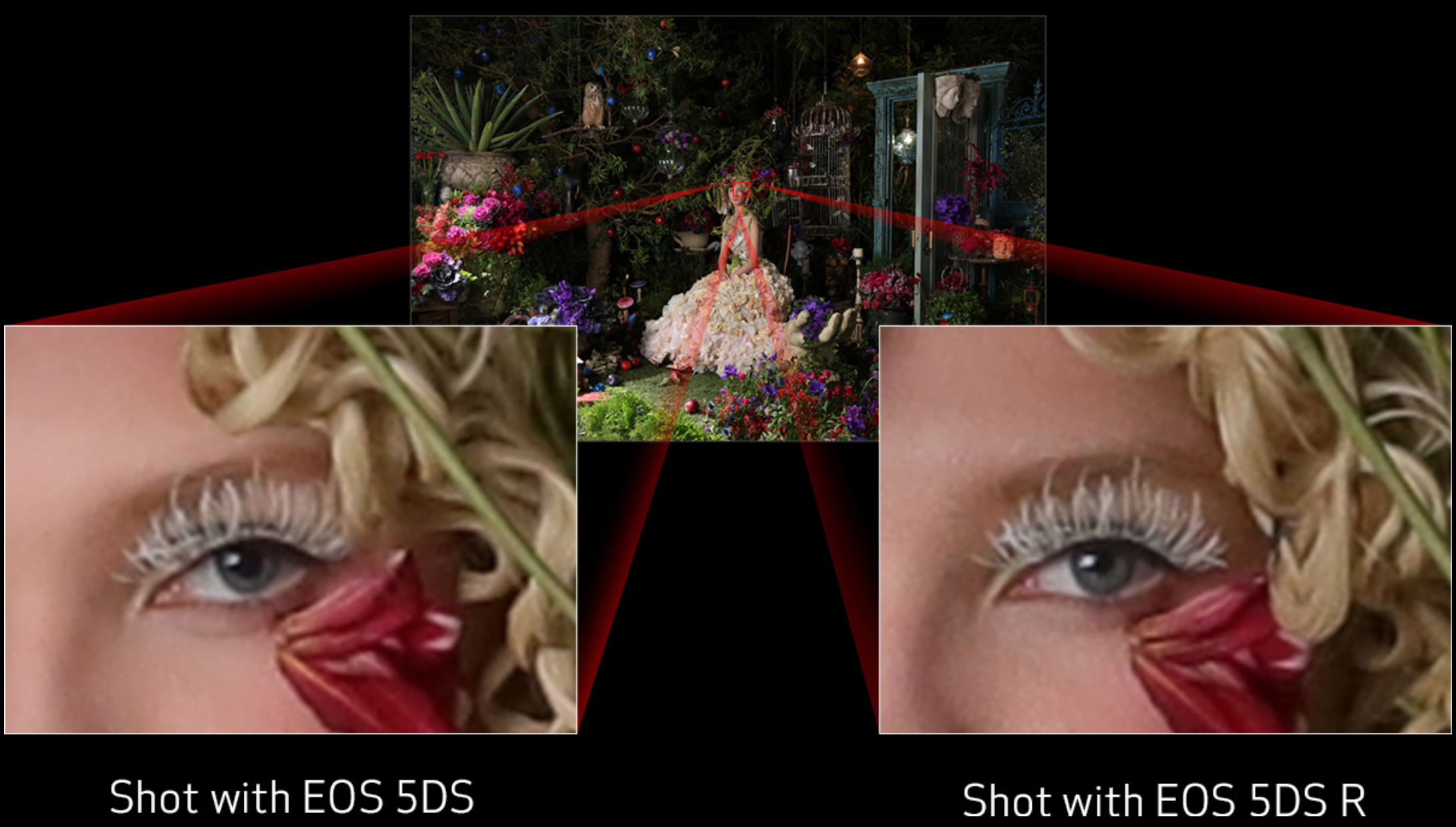 Your Camera’s Low-Pass Filter May be Ruining Your Photos

With the mountain of jargon tacked onto every camera description these days, it’s hard to know which stats to care about and which ones to ignore. But one camera spec you should definitely look for is the presence or lack of an optical low-pass filter (also called an anti-aliasing/AA filter or a blur filter). Now, there are more and more companies selling cameras without low-pass filters, and some of us here at Resource Magazine are quite partial to the filter-less Canon 5DS R.

But before we discuss why you do or don’t need an AA filter, let’s clear up what the hell it actually does. 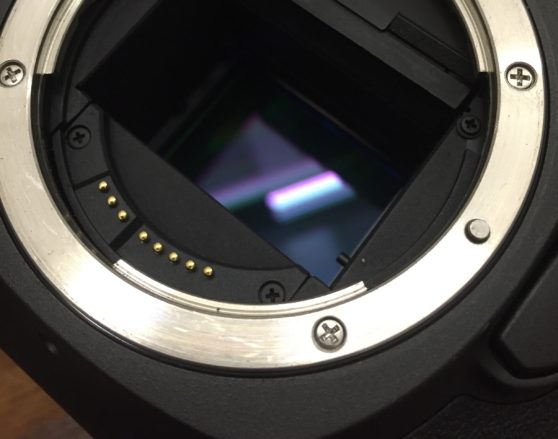 Most cameras, but not all cameras, use a Bayer array of pixels, meaning each pixel only detects red, green, or blue light. Software then interpolates the sensor data to get a specific color for each image pixel that is a combination of nearby sensor pixel colors. This is, essentially, what causes color moire, the artificial wave pattern of colors that sometimes appears in clothes and other fine details in an image.

Moire rears its ugly head when a pattern in the image is roughly the same as the grid of pixels on the sensor itself. Without going into unnecessary detail, the overlap of the similar real world pattern and sensor pixel pattern creates a third pattern that doesn’t exist in the real world. The Bayer array then makes matters worse by interpolating this into odd colors, creating not just a pattern of dark and light but of repeating colors as well. The type of pattern that causes moire is very specific and found almost exclusively in manmade objects, especially fabrics. The diagram below is a great visualization of how similar patterns create moire when they overlap.

Anti-Aliasing filters reduce the occurrence of moire by spreading out the light over a few pixels, essentially blurring patterns until they are less detailed than the arrangement of pixels on the sensor, mismatching the two patterns. While this does the job of eliminating almost all moire, it also blurs the entire image. So while a 24MP DSLR with an AA filter may output an image resolution of 6,016 x 4,000 pixels, the level of detail is actually around half that resolving power.

Since Nikon came out with the D800E in 2012, the first DSLR to eliminate the use of an AA filter, many more camera companies have followed suit. One such camera has sparked some recent debate in the Resource Magazine office: the Canon 5DS R. This camera is the AA-less version of the 50.6MP 5DS, though it actually has a self canceling AA filter. The difference between these two types of AA filters is shown below.

So, which is better: having an AA filter and greatly reducing the risk of moire or having no AA filter (or a self canceling one) and thereby getting sharper images? In my opinion, it’s almost always better to get a shaper image with moire than a duller image without it.

There’s a number of reasons that going no-filter is your best bet, but I’ll go over the three biggies here:

We have a 5DS R here at Resource, and I have never seen it produce moire. I even tried to get it to produce moire for this article but couldn’t make it happen. It takes pretty uncommon circumstances to get this effect, and in 99.9% of images there just isn’t anything in the frame that will create moire. So for 99.9% of images, having no AA filter is better. Of course, fashion photographers who make their living shooting clothes might disagree, but even there the occurrence of moire can be controlled.

Having the extra resolving power of a non-filtered camera is actually helpful, depending on your shooting style. Personally, I’m a fan of digital cropping when my camera and final output (often web) allow it. I’d rather take a larger scene, then crop into my preferred framing later than take a narrower scene and miss the best framing option, especially if I know I won’t be making large prints of the images. If you ever want to crop in, having that extra bit of resolution can prove a godsend, and you’ll quickly learn to shoot with this extra cropping power in mind.

3. An AA filter isn’t your only option

While shooting with an AA filter is undeniably the most effective way to reduce the occurrence of moire and other such artifact, it’s not the only way. This may sound odd, but using a lower quality lens with less resolving power than the sensor will basically act as a low-pass filter. If that’s not your cup of tea (and who could blame you), you can also stop down to get some light diffraction, also acting like a low-pass filter. If neither of these options work for you, you can also slightly change the angle of your shot, move towards or away from your subject, zoom in or out, or rotate your camera off level, all of which change the overlap of the problematic pattern and pixel pattern.

If you really truly can’t change anything about your shot, don’t sweat it. Photoshop, Lightroom, Capture One, and other programs have simple tools to get rid of moire after the fact, and they work extremely well for almost all situations. Just watch at the tutorial below to see how to reduce moire in photoshop or Lightroom.

Basically, the only photographer who should look for an AA-filter is an overworked fashion photographer who doesn’t have time for post-processing and doesn’t like to change the shot to counteract moire. Even then, the 5DS R still might be the right choice over the 5DS. Because it has such a high pixel density, there are very few fabric patterns that are fine enough to interfere with the pixel pattern, so moire is very rare and when it does occur it is not nearly as pronounced as you’d typically see.

So what do you think, are AA filters no longer necessary or is the benefit of higher resolution not worth the risk of getting moire? Tell us your stance in the comments below.