10 Belgian Photographers Who Deserve to Be World Famous 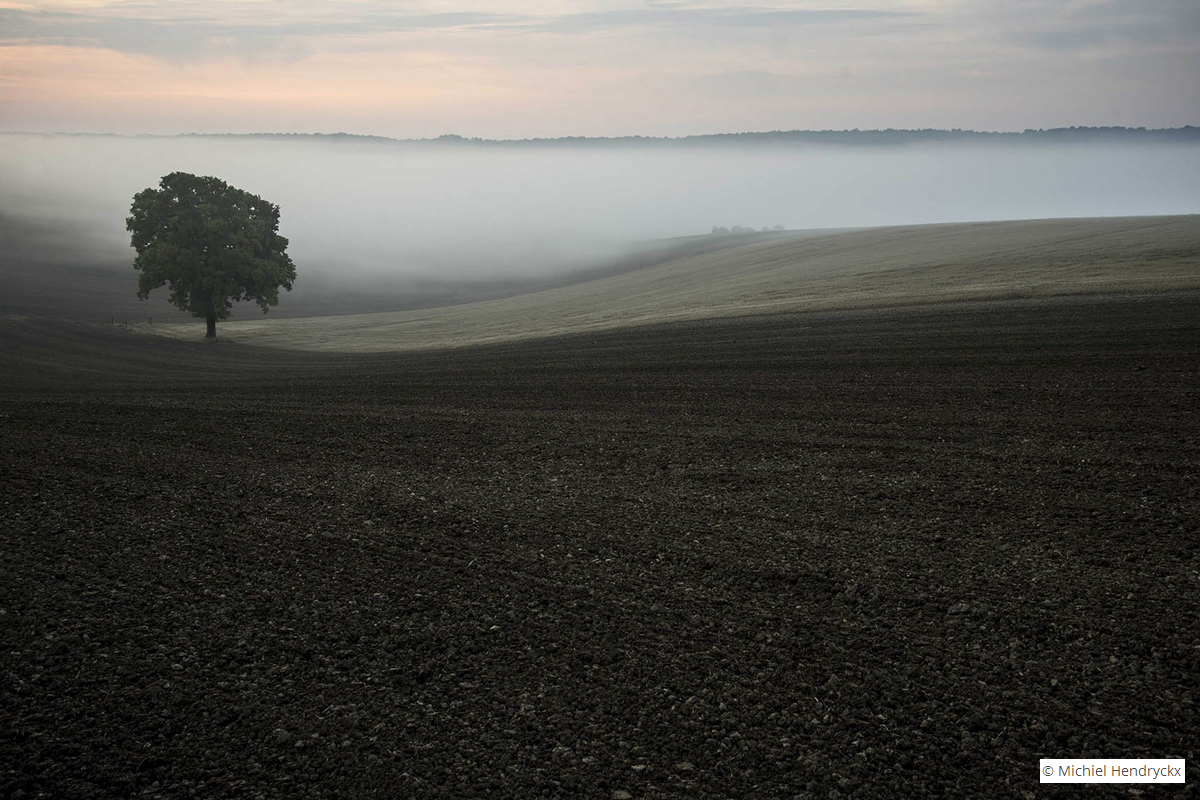 Belgium is more than just a country famous for its waffles, chocolate and beer… It’s also the home of quite a few amazing photographers. But when photography enthusiasts can name more Belgian photographers than Magnum Photos‘s very own Carl De Keyzer or near-celebrity Lieve Blancquaert, I am usually already impressed. Coming from Belgium myself, I think the time is right for the world to get to know ten more of Belgium’s finest.

Born in Antwerp in 1938, Martine Franck spent most of her childhood in the United States and in England. After high school, she studied art history at the University of Madrid and at the Ecole du Louvre in Paris. After having the hardest time writing her thesis, she turned to photography and began her career as the assistant of Eliot Elisofon and Gjon Mili at Life Magazine.

By 1969, Martine was a frequently asked freelance photographer for Vogue, Life and Sports Illustrated, and she got hired as the official photographer of the Theatre du Soleil – a position she held for 48 years. She was part of the first Vu agency, co-founded the agency Viva in 1972 and joined Magnum Photos in 1980, which made her one of the very few women over there. 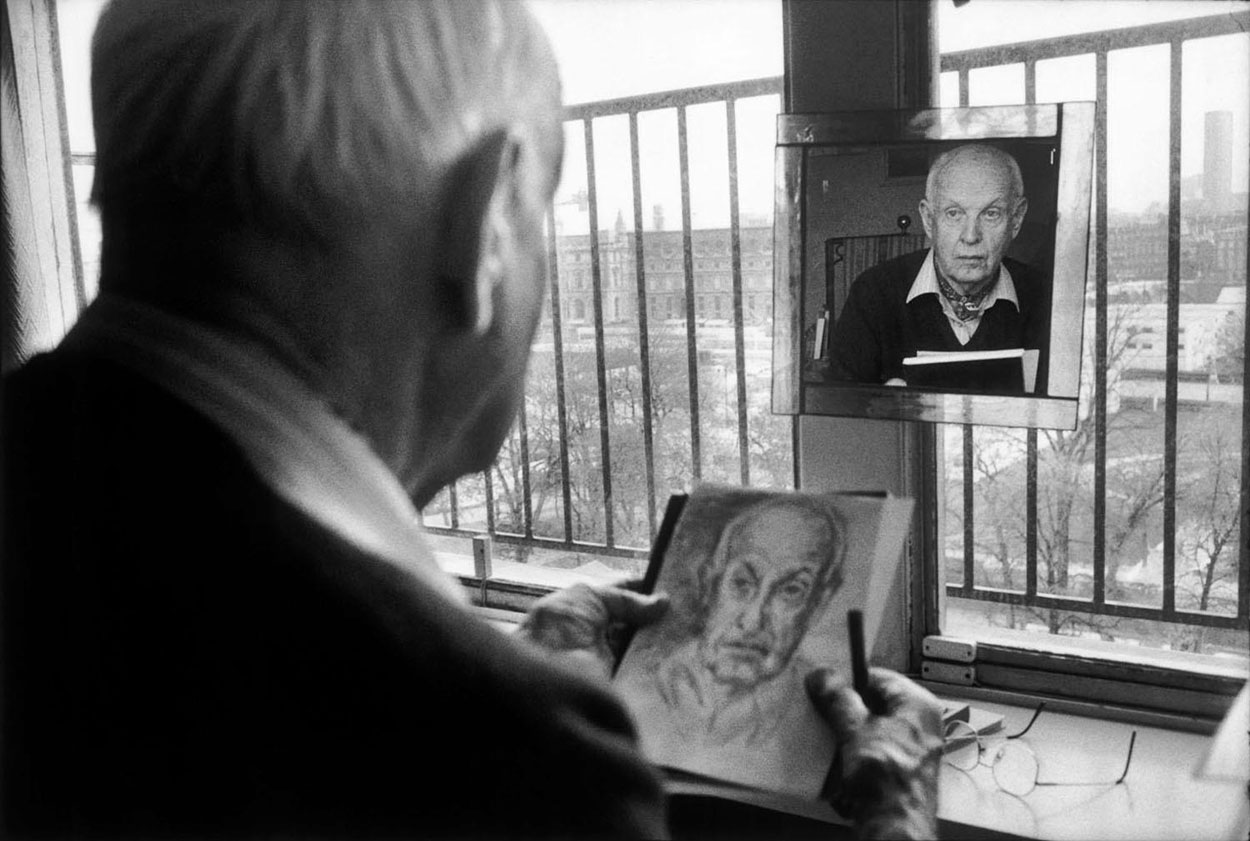 Martine made a lot of portraits of artists and writers, but humanitarian reports were her main focus. She usually worked outside the studio, using a 35-millimeter Leica camera, and preferring black-and-white film. Martine also was the second wife of Magnum co-founder Henri Cartier-Bresson, with whom she founded the Henri Cartier-Bresson Foundation. Martine was diagnosed with leukemia in 2010, and died in Paris in 2012, after being made a chevalier of the French Legion d’Honneur.

Harry was born in Antwerp in 1941 and studied at the School for Photo and Cinema in Brussels from 1959 to 1962. He began his career as a freelance photographer in Paris, while working as a director of photography for Flemish television.

In 1969, Harry went to Morocco for the first of many times. He earned a Kodak Prize with it in 1976, and bundled his work in the book “Morocco” in 1990. He also frequently traveled to India and Egypt, trying to stay away from stereotypicality. Furthermore, he covered the Olympic Games in Munich, he photographed some
of the first Apollo flights and he joined Magnum Photos in 1981. 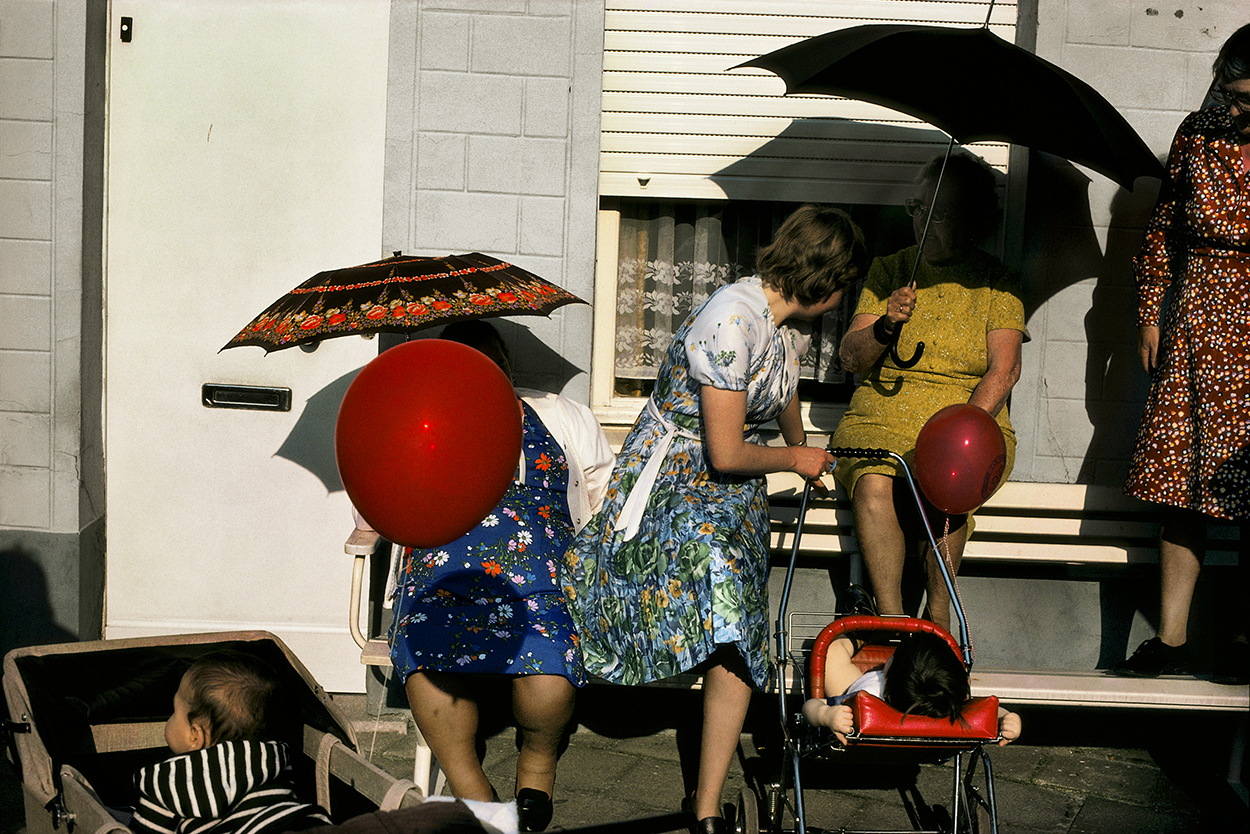 Harry was one of the first European photographers to take advantage of the creative potential of colour photography. “My friend Cartier-Bresson hated using colour, but it helped me to capture the banality of Belgium,” Harry told The Guardian in 2012. It made him eventually favor digital photography, better suited to revealing the rich shades found in his films, bringing it one step closer to his original intention: giving color the means to assert its true existence.

Born and raised in Lochristi, Filip Naudts started his career as a set photographer for Belgium’s public broadcaster in 1992, combining it with being a photo documentarian for FotoMuseum in Antwerp. A little later, he also became an editor for the Dutch photography magazine FOTO+, where he was able to meet a lot of international photography greats. 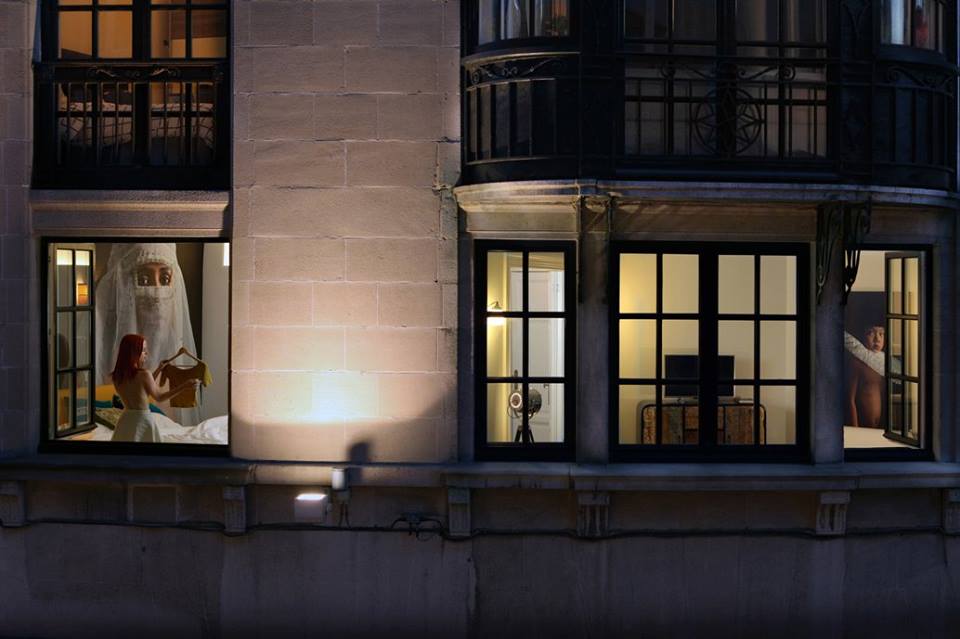 Currently, Filip works as a house photographer for a lot of Belgian magazines. He also owns a tourist stay in the heart of Ghent, themed around photography. And in 2005, Filip Naudts finished 447th in the list of “Greatest Belgians”.

Dirk Braeckman was born in 1958 in  Eeklo and currently lives and works in Ghent. He studied at the Royal Academy of Fine Arts between 1977 and 1981, where he met Carl De Keyzer, with whom he founded the XYZ-Gallery.

In his work as a documentary photographer, Dirk tries to evade its traditional conventions, while remaining highly autobiographical. Female nudes, curtains, empty corners in rooms, walls, and abandoned hotel rooms are recurring themes, creating intriguing and suggestive images, raising more questions than they answer. The artist avoids images that are over-reasoned and puts freedom and spontaneity first.

Another Ghent-based photographer, is Michiel Hendryckx, even though this press photographer, writer and tv personality was born at the Belgian coast. In the seventies, Michiel started studying photography at the Ghent Academy, landing a job for the newspaper De Gentenaar before he had graduated. Before the decade ended, Michiel got hired by the entire publishing company VUM – of which De Gentenaar was part – and started teaching photography at the Ghent Academy.

In the eighties, Michiel was part of a small clique of cultural reformers, and in the nineties, he formed a progressive art duo with barkeeper-artist Johan Dehollander. All the while, he was still taking pictures for VUM-newspapers, while slowly appearing more and more on tv screens. 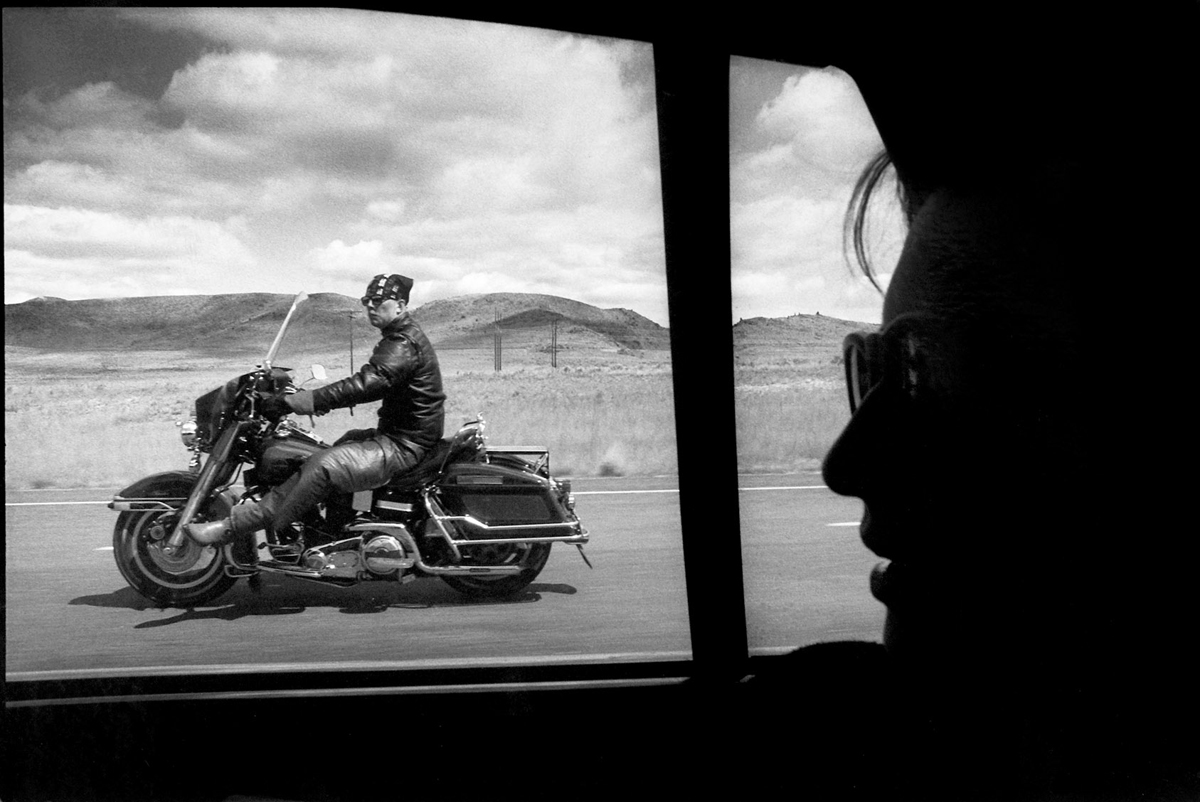 Being one of Belgium’s most famous photographers, Michiel Hendryckx currently only does press photography for De Standaard – also a former VUM-newspaper. Since the turn of the century, the artist has also been occupied with making several tv shows, radio shows, and writing quite a few books and columns.

Stephan Vanfleteren studied photography at Sint-Lukas in Brussels and immediately afterwards started working for the newspaper De Morgen. He worked there as a freelance photographer until 2009, while continuously remaining to be involved in his own projects. Nowadays, Stephan mainly works for foreign newspapers and magazines.

Stephan specializes in radical black-and-white documentary photography, mainly portraits, and extensive reports on disappearing phenomena of everyday life in Belgium, as well as covering events in conflict zones. He co-founded Kannibaal/Hannibal Publishing and guest lectures at the Royal Academy of Fine Arts. 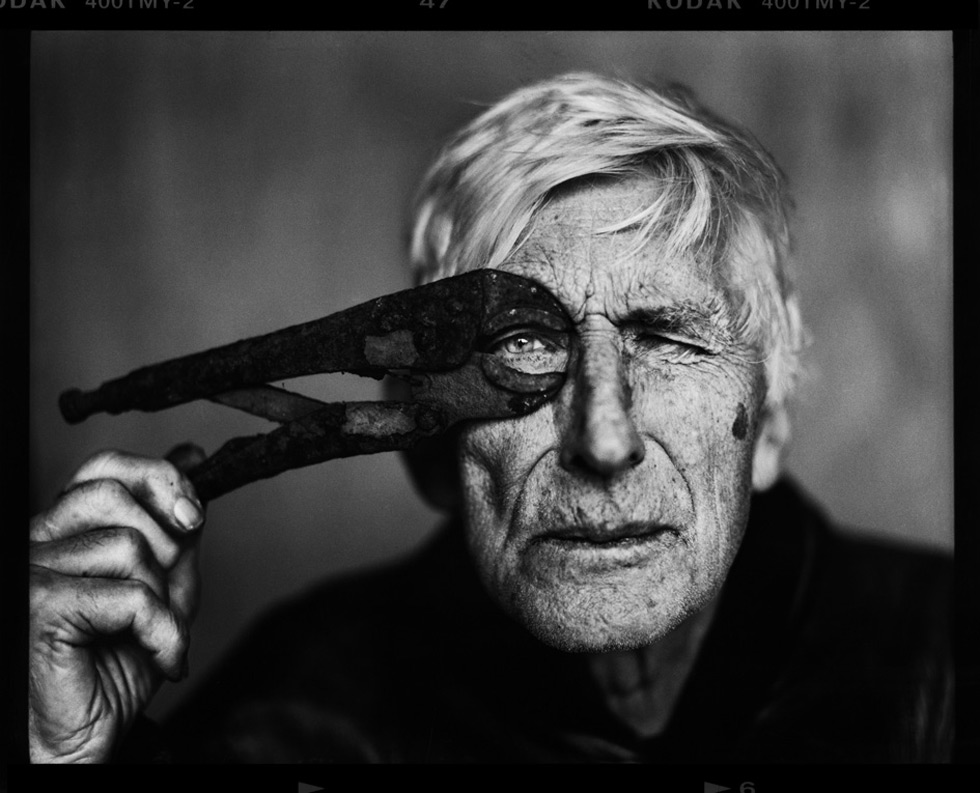 The artist describes his photography as “capturing the essence of humanity in subjects ranging from the ordinary man to top politicians, sports idols and celebrities.” With all that, he has won no less than six prestigious World Press Photo awards, among a number of other international prizes.

Being born in 1986, Bieke Depoorter is the youngest photographer in this list, but since she already joined Magnum Photos as a nominee in 2012 and as an associate member in 2014, only five years after receiving her master’s degree from the Royal Academy of Fine Arts, this is one you mustn’t miss.

Bieke works mostly on autonomous projects, always claiming to be primarily interested in humanity’s similarities, not its diversity. For example, in 2009, she traveled through Russia, photographing people in whose homes she had spent only one night, for her series “Ou Menya”. It won several prizes, including the Magnum Expression Award, and led to a book that was published in 2012. A similar long-term project in the United States led to her second book, “I am about to call it a day”, published in 2014. 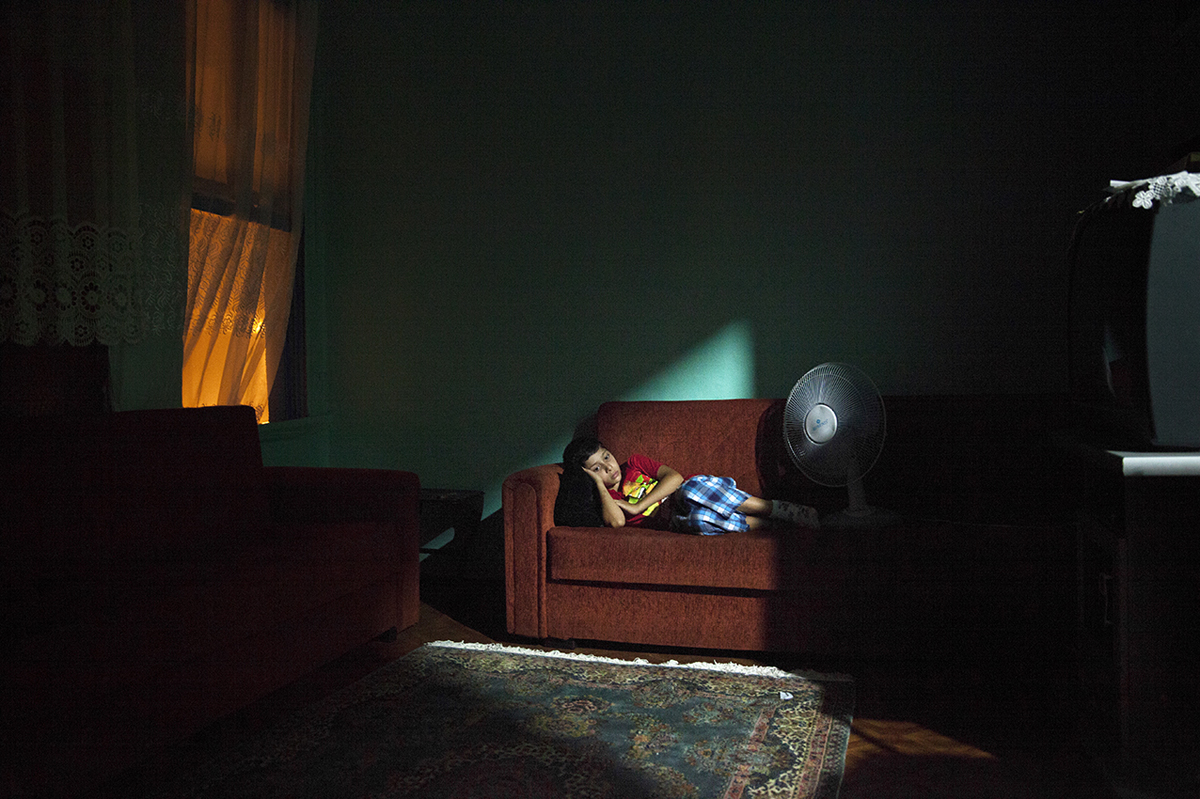 Currently, Bieke undertakes various works, somewhere between photojournalism and performance art. In her most recent project, “In Between”, she is photographing the intimacy of Egyptian Families, which has led to – false, of course – accusations of her being a Western spy.

The in 1979 born Jimmy Kets started his photographical life by attaining a master’s degree in graphical design and illustration at the Sint-Lukas academy in Antwerp. Not long after, he got a job at the Belgian newspaper De Morgen, only to exchange it for a career at counterpart De Standaard, 7 years later.

In 2009, Jimmy published his first photobook, “Brightside”, in which he bundles 7 years of investigating what photography means to him. “What fascinates me, is that first impression, the way people present their exterior to the world,” he concluded afterwards. 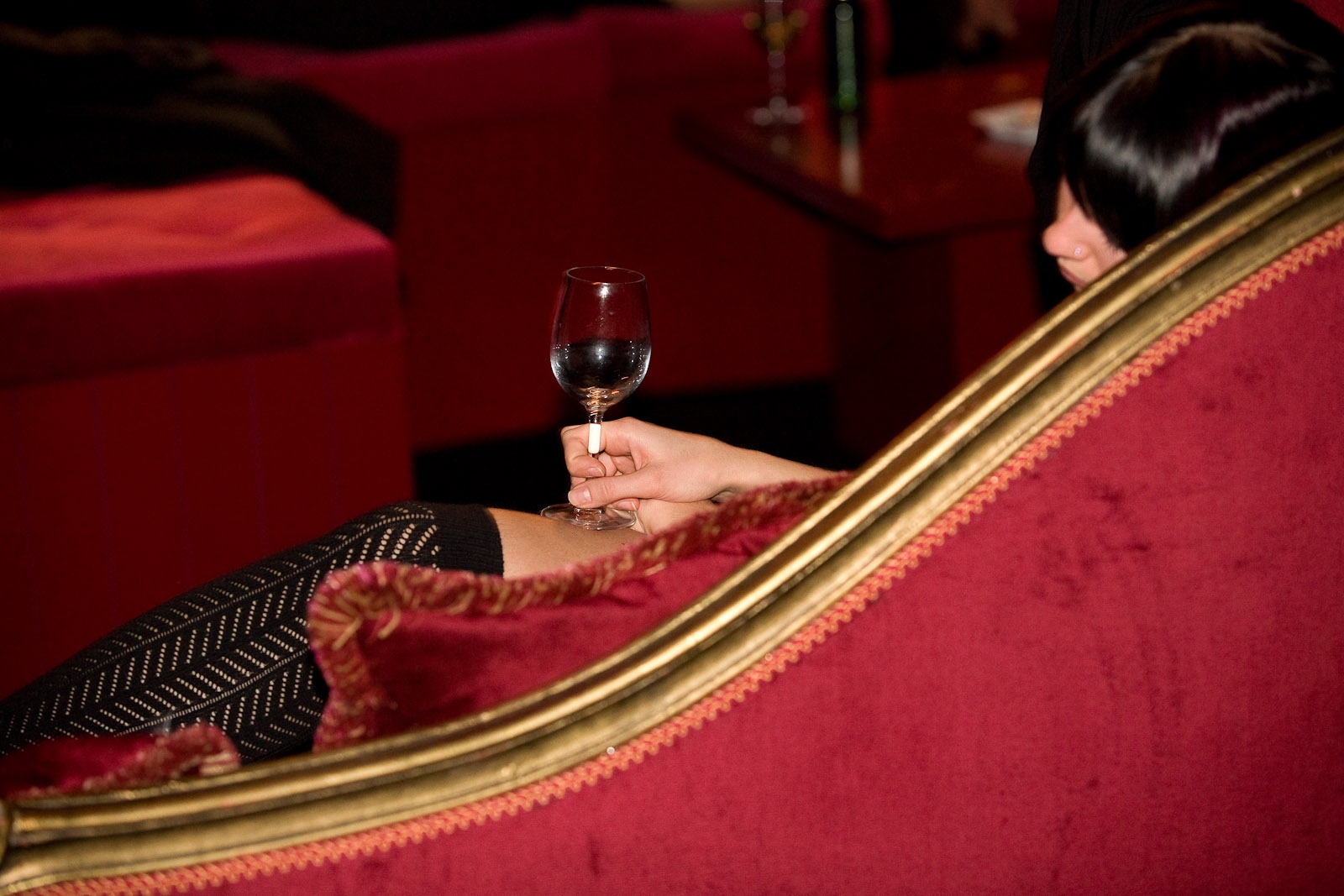 Critics claim that the artist uses a harsh direct flash, with which he tries to reveal  shallowness and falsity in perceived value. In 2013, Jimmy made the documentary “OdisSea”, about his idol Carl De Keyzer. He himself was also decorated with several Nikon- and Photo Press awards.

Frederik Buyckx was born in 1984 in Antwerp. He received a master’s degree in advertising design at Sint-Lucas Antwerp in 2007, followed by a Master program in Photography at the Royal Academy of Fine Arts. In addition to his personal projects, Frederik has worked for the National Geographic Magazine and the Belgian Newspaper De Standaard.

One of Frederik’s most famous projects, is “Favela Life”, in which he didn’t want to follow the focus of mass media on the pacification efforts taking place in the favelas of Rio de Janeiro. Instead, he wanted to stay away from the conflict, and take a closer look at the people who call the favelas their home. 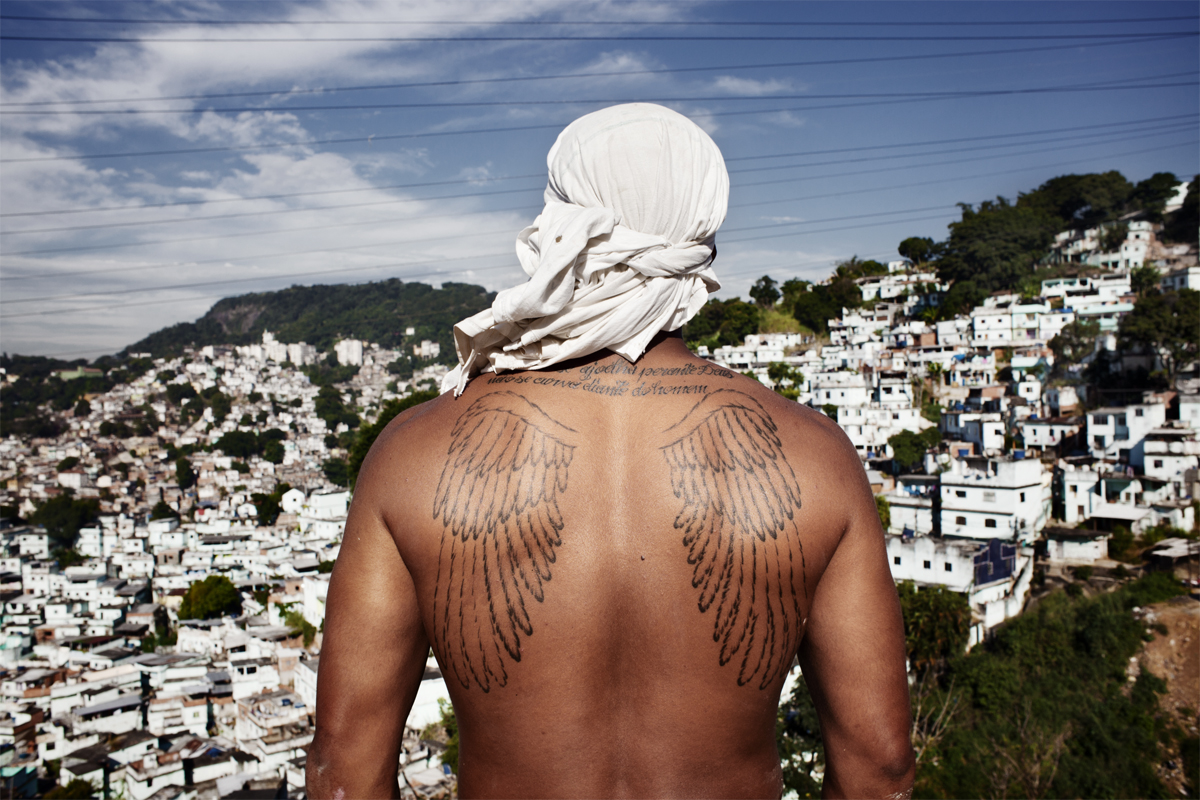 Marc Lagrange was born in Kinshasa, Congo, in 1957. He ended his engineering career in the nineties to devote himself to his real passion: photography.  Throughout his lifetime, Marc Lagrange’s work has been honored with several exhibitions in Europe and the United States. Late last year, the Young Gallery in Brussels announced his accidental death.

Privileging analog over digital, the Antwerp-based artist searched for intimacy and emotion as opposed to artificial effects. Marc brought sensual femininity to a higher level, with many of his pictures mirroring a clear sexual vibe, without being explicit. His photos combine the imagery of directors such as Wong Kar-Wai and the distinguished melancholic style of the elaborated photographs of New York’s Philip-Lorca diCorcia.

Marc is considered one of the most renowned photographers in Europe. His pictures, which you will have to take a look at on his website due to copyright restrictions, breathe an intrinsic peace, much like the work of his two great sources of inspiration: Helmut Newton and – especially – Peter Lindbergh.