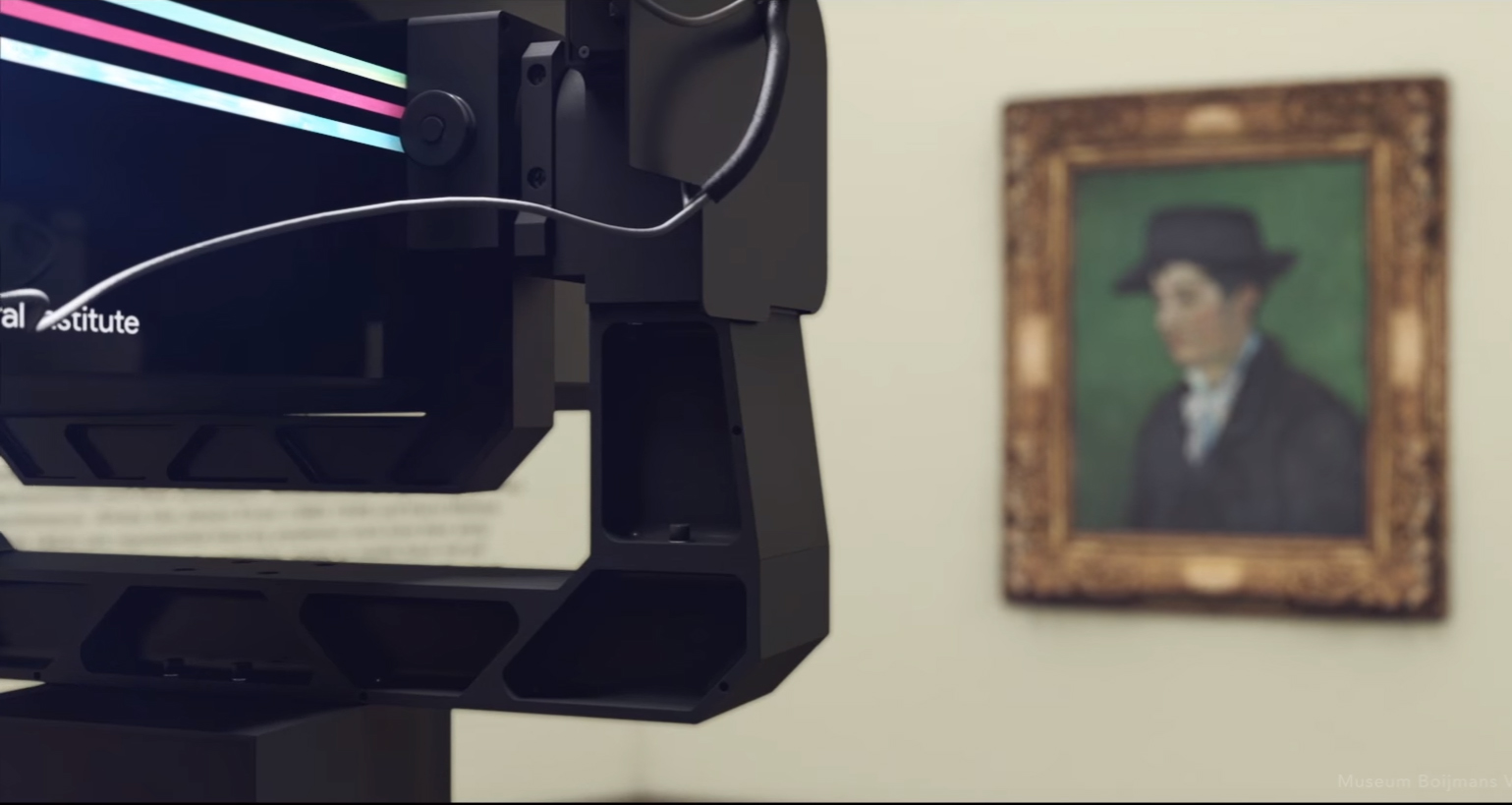 How Google Will Preserve Art, One Gigapixel At a Time

It took Google years of development, but the company finally was able to ship out 20 “Art Cameras,” crafted by the Google Cultural Institute, to museums all around the world. These robotic image makers take extreme close-ups of artwork in what Google likes to call “ultra high resolution,” to preserve art for future generations.

Many of the works of our greatest artists are fragile and sensitive to light and humidity. With the Art Camera, museums can share these priceless works with the global public while ensuring they’re preserved.

When talking “ultra,” Google is talking gigapixels. To put things in perspective: Resource Magazine recently called the Canon 5DS R’s 50.6 megapixel full-frame sensor “not for the faint of heart.” Or take the Pentax K-1, one of the best full frame cameras on the market, equipped with 36.4 megapixels. Multiply the latter by about 27, and you’ll get one gigapixel. “Sous l’oranger” (1889), Berthe Morisot, by courtesy of The Nelson-Atkins Museum of Art

So how does it work? Operators carefully position a custom-built “Art Camera” in front of an artwork, after which it is calibrated to the edges of the piece. A robotic system then steers the camera automatically from detail to detail, taking hundreds of high resolution close-ups. To ensure the sharpest focus, it’s equipped with a laser and a sonar that uses high frequency sound to measure the distance of the artwork — much like the way a bat maneuvers in the dark.

Once every detail of every brush stroke and dab of paint is captured, the images are sent to Google’s servers. Here, Google’s software jigsaws the pieces together into one single image. In a matter of hours, they end up with a single gigapixel file.

At the Google Cultural Institute, we know that people love experiencing art in close detail… spotting something new every time, like a hidden signature or the individual dabs of paint that give the impression of shimmering, turbulent waters.

By recently adding over 1,000 images of classic paintings and other artwork, Google demonstrated the power of their new toy — they were only able to collect 200 over the past 5 years. “The capture time has been reduced drastically,” Marzia Niccolai of the Google Cultural Institute told The Verge. “Previously it could take almost a day to capture an image. To give you an idea, now if you have a one meter by one meter painting, it would take 30 minutes.” “The Kermis at Hoboken” (1559), Frans Hogenberg, by courtesy of Museum Boijmans Van Beuningen

Google thinks that its “Art Camera” will drastically change the way the world experiences art. Museums will dramatically increase the scale and depth at which they are able to provide access to cultural heritage to anyone around the world.

You can only fully appreciate the genius of artists like Monet or Van Gogh when you stand so close to a masterpiece that your nose almost touches it. Zooming into these images is the closest thing to walking up to the real thing with a magnifying glass.