Is this Re-imagined 1960’s ‘Wankel’ Engine Going to Power The Next Generation of Drones?

LiquidPiston is a company that has spent the last 13 years, and over 18 million dollars trying to reimagine the rotary engine that Felix Wankel invented back in 1960. The only car manufacturer to ever really run with the concept was Mazda, and they eventually gave up on it back in 2012. So what is LiquidPiston up to and how the heck does it relate to your drones?

LiquidPiston has spent the last 13 years trying to solve the issues that plagued the Winkle engine’s design. Their solution was to turn it inside out, and the result is an engine that is smaller, more efficient, but just as powerful as engines many times its size made from standard combustion engines. The company recently unveiled their ‘X Mini’, a 4lbs motor that can replace a 39lbs conventional motor on a go-kart, while offering similar performance. This, in theory, would allow the go-kart to go faster, due to the reduced weight. 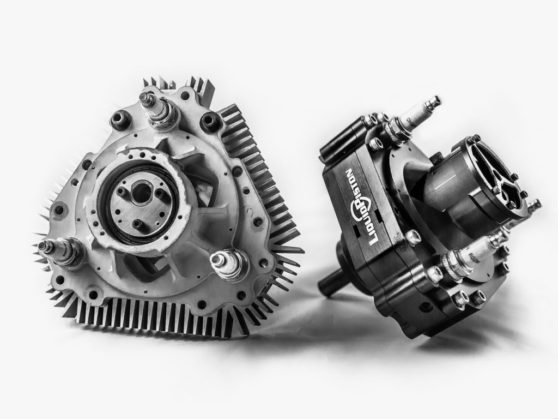 The concept is still a way off from full-fledged cars. But according to LiquidPiston founder Alexander Shkolnik the engine could see its first practical application, in a drone, within a few years.The applications here are pretty interesting.

Most consumer drones these days are electronic, but larger commercial drones do make use of gas engines. Something like this, which could significantly reduce the weight requirement for the engine in a drone could completely turn the industry upside down, possibly even leading to consumer-level drones powered by small mini rotary engines like these. While maintaining their small footprint and possibly increasing their power and lift capability.

It will be interesting to see what, if any, drone options emerge in 2017 utilizing this tech. I, for one, am really interested to see if this can improve things for drone owners. Just image, not having to worry about charging batteries, simply bring a gas can and fill up the drone if it is low. In man cases this would be incredibly

In some cases this would be incredibly convenient, it’s never good to run out of charged batteries and it is not like you can just run to the store to buy some. You can,however just run to the nearest gas station and grab some petrol.