Few brands have managed to capture the imagination of photographers both in the mobile and regular photography fields as Visual Supply Co (VSCO) have. In the regular photography space VSCO’s film presets for Lightroom have become popular go-to tools for photographers looking to nail that vintage film look with their digital photography. On the mobile side, VSCO’s app is one of the most popular for editing images taken on your phone before sending them out to other social networks like Facebook or Instagram.

VSCO is not stopping there, though, as a recent blog post announcing some major changes has cropped up pointing to a new direction — or maybe not so much a new direction (VSCO has had a community aspect for some time now) but a new focus on the community. In reality, the move could not be better timed with all of the negative attention surrounding Instagram’s slew of changes that will affect both average users as well as businesses utilizing the social network. 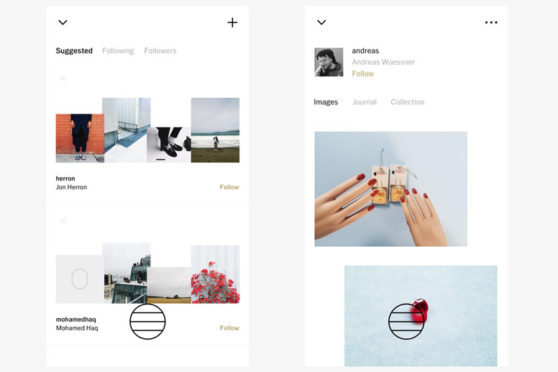 The basis of the new VSCO redesign seems to be centered around making things easy to navigate through simple gestures, a la Tinder (swipe left, swipe right, etc). In addition to the new navigation format, the app has a greater focus on the VSCO community and discovering the work that is being produced by others– which moves the app beyond just a photo editor and into social network territory.

The newly redesigned app will be coming to both Android and iOS soon, though a firm release date was not published.

I am pretty excited to check out the new VSCO. I never really used the app beyond editing a mobile snapshot here or there, so giving it a go as more of a community is intriguing to me. It will be interesting to see if more users start to make use of the community aspect now that it will be more front and center than in the past.

You can find out more about VSCO and the new app updates from their blog, here.