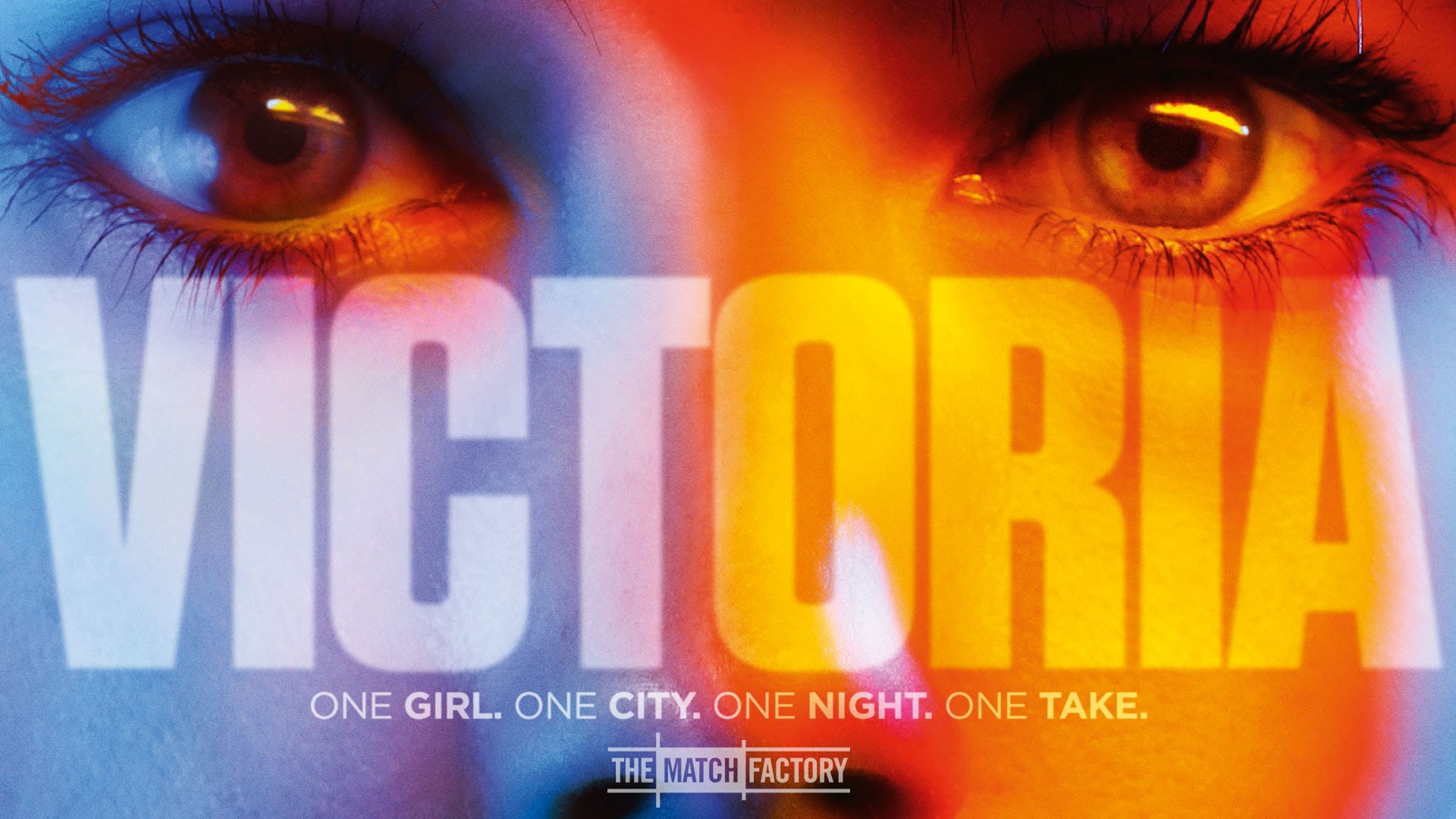 Exploring the Cinematics Behind ‘Victoria’ (2015 film)

Sebastian Schipper’s 2015 film Victoria, in a mix of pulsing strobe lights and gang fights, captures the invincibility of youth when confronted with the inevitability of mortality-all in one take!

Victoria opens with a deeply synthetic, schizophrenic, beat paired with a buzzing reverb that pervades ceaselessly throughout the song. The beat stays steady as the reverb grows more urgent. A subtle sense of panic peels in the opening scene—Victoria dancing in a strobe light lit dance club. She filters in and out of the frame of the camera, and slowly ties up her hair, eyes closed the entire time, never losing sync with the beat, which has grown to be a pulsing phantom limb in the viewers perspective at this time.

Within the midst of present day editing advancements, there are certain directors who choose to focus specific projects on negating all the techniques learned about editing. There are films taken in one shot, start to finish, with no camera breaks or lapses in perspective. These films are shot in real time and often improvised in dialogue. Sebastian Schipper’s 2015 drama, Victoria, was shot in this manner. With the whole film done between 4:30 and 7:00 am on a spring day in Berlin, the grittiness of the film becomes very apparent. The camera work was free hand and shaky, the conversation flow, sometimes so brutally awkward that it could only be an honest capture of the hesitant limbo of the initial stages between strangers getting to know each other—maybe love each other. This of course, was also due to the already present chemistry between the two actors who played a grand role in the overarching feel of the film. 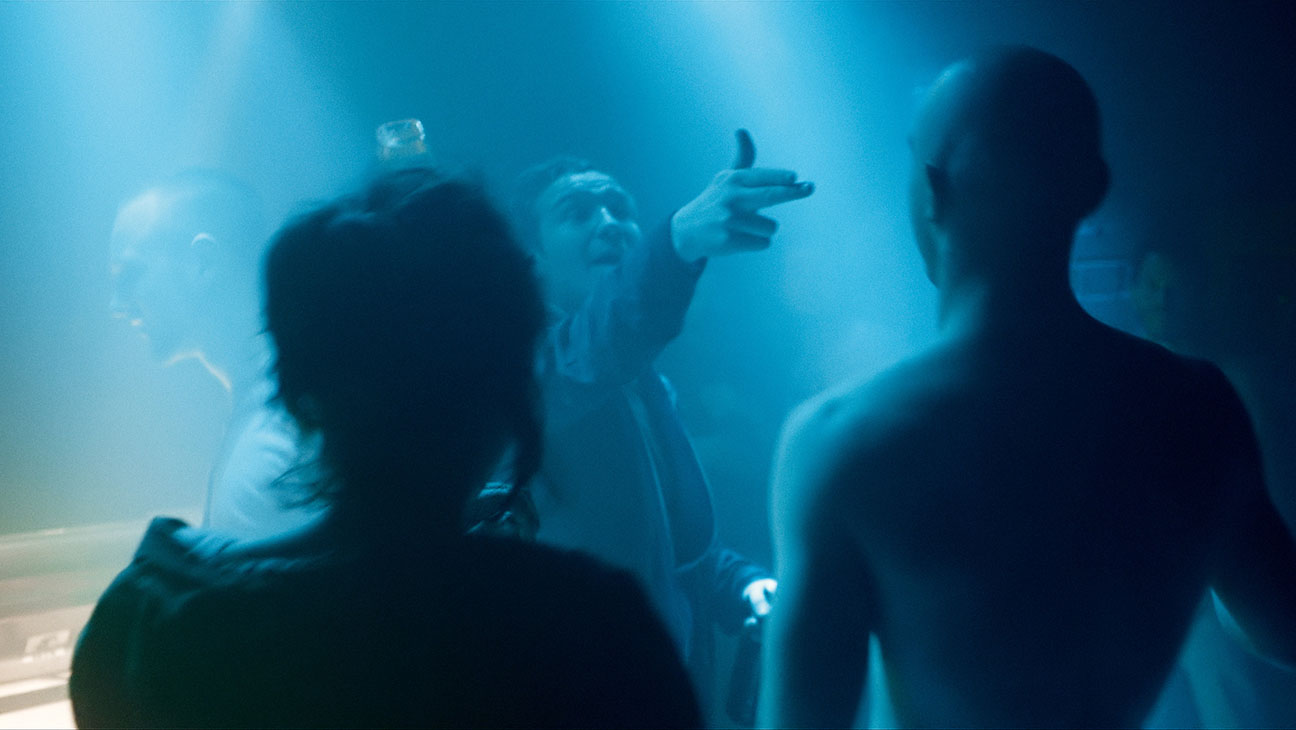 Victoria follows a Spanish exchange student, Victoria, who, after exiting a hazy night club, intermingles with a group of Berlin young men who playfully induct her into their mischiefs for the night. She soon finds herself in the midst of a crime spree at the hands of the young men she so naively followed. Too late to leave the group, Victoria encounters the Berlin crime scene first hand, experiencing the fatalities and adrenaline in parallel to her growing interest in one of the boys. 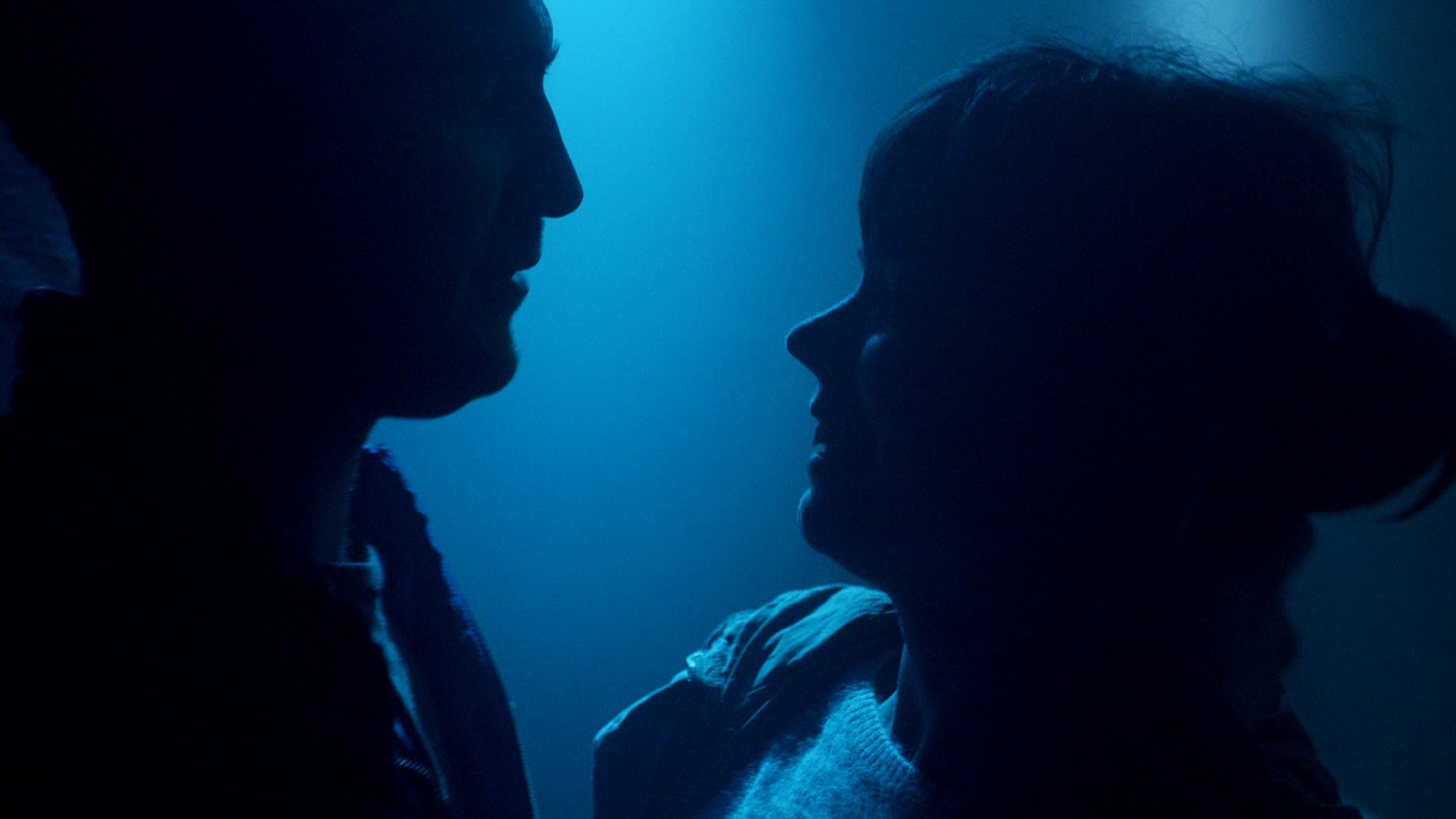 On the Director Sebastian Schipper

Many of Schipper’s financers and others in the peanut gallery did not believe he could tell such a story in one take—let alone such a long one. Even to this day Victoria holds out to be one of the longest one-shot films. What is displayed then, because of the inability to re-do takes and enhance scenes with director’s input, is pure cinema that seizes the honesty and real-time sentiment of the actors. 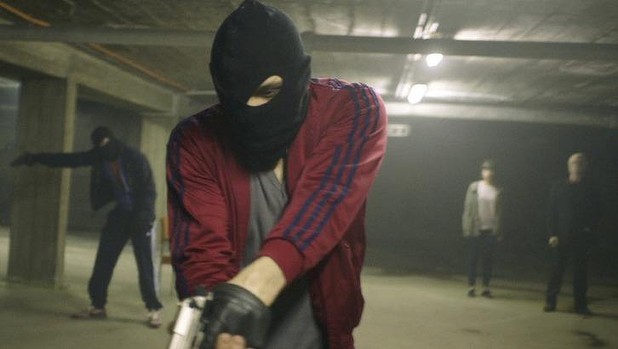 The film itself was not as controlled as the rhythmic beats of the electronic dance music that seem to haunt the entire film, even in moments of silence. Having only minimal dialogue in the film, the actors often had to improvise lines and actions that fit with the mood of the scene. Along with the openness in dialogue, cinematographer Sturla Brandth Grovlen recalls that he “didn’t plan any specific camera movements.” In reference to the set set-up and lighting he states that they weren’t “just trying to catch the dialogue, but also trying to catch poetic moments. [They] did light the film and try to work with colours. But it doesn’t feel like something that is put on top of it, it’s something integrated.” 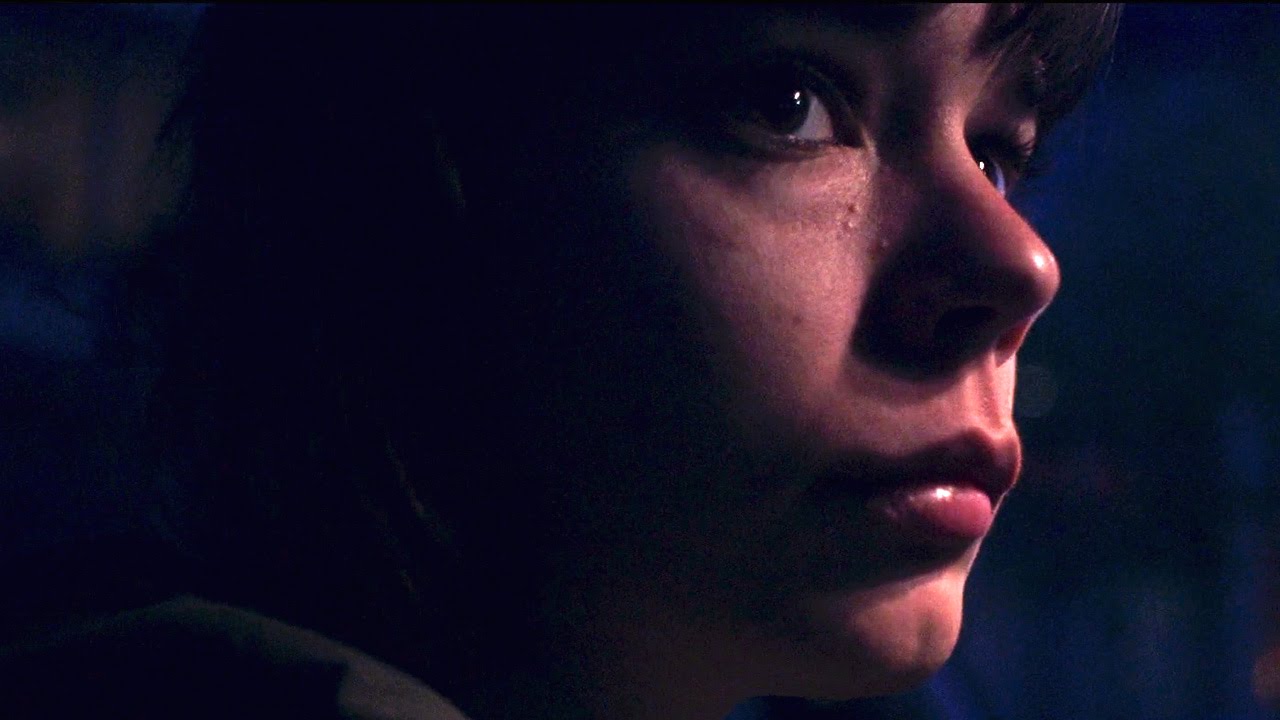 Reading this interview with Schipper is definately worth your time.

There was a wide array of cameras Grovlen could have chosen to shoot Victoria on, but of the many he had worked with he felt most comfortable with the Cannon EOS C300. Trumping the other cameras in being both lightweight and possessing a long battery life, the C300 proved the best camera for Grovlen to use. Pairing that with a duo of 64 GB CompactFlash cards, after the shoot, the editors enhanced the colors and contrast a bit further giving the film a slight edge, and a quality of un-realness that pervades in all good cinema. 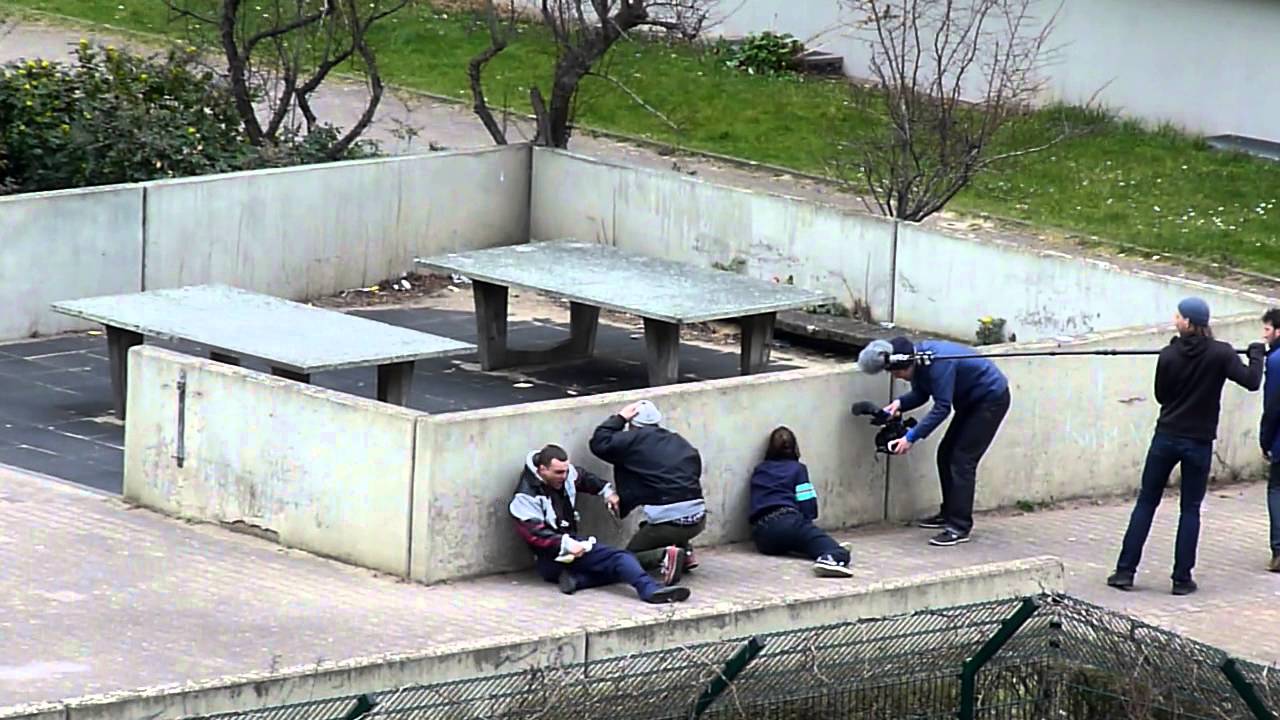 For the movement scenes, Grovlen did not use the handle that came with the camera rather he DIY’ed a hook that could be pulled out of the handle so that the camera could be steadied in the driving scenes. Because he was so up close with the actors “all the shaky bumpy stuff disappeared a bit, because the camera becomes a part of the movement of the actors.” When the actors sped up, Grovlen had to as well, running in sync with the characters, making sure he was not left behind because playing catch up with the camera would prove tricky—he went on to refer, humorously, to this as “method camera,”—referencing method acting, which was, in part, enforced by all the actors of Victoria.

Despite the one take hindrance, Victoria managed to snag the German Film award for best Feature film, director, leading female actress, music and cinematography. Berlin, already a leading city in the new-wave German cinema scene, now is exposed, by the film, for it’s raw and frenetic club culture and the franticness that carries on well into the daylight hours. Truly an exposé on youth culture, Victoria captures the quiet moment when the invincibility of youth is confronted with the inevitability of mortality.