A common complaint from photographers, which started as murmurs years ago, and have continued to grow over the last couple years into a fairly prominent chorus of late, has been issues with Lightroom’s performance optimization and overall usability. Hidden in the announcement of Lightroom Mobile for Apple TV today was the release notes for the latest update to the desktop version of Lightroom CC, which noted fixing an issue that ‘resulted in high memory usage while in the Develop module.’

Most of my issues with Lightroom’s performance have had to do with the develop module, specifically with comically long wait times to load previews, even just scrolling through the timeline. I was curious if these develop module updates/improvements managed to fix any of the issues that I had been experiencing and so I just updated to the latest Lightroom CC update to give it a shot.

To my surprise, I can actually notice a real performance increase, to the point that I am surprised that Adobe has not made a bigger deal about this update. I use the ‘single catalog’ method for most of my work, simply because I am lazy and I don’t want to be constantly be opening and closing lightroom to access images in different catalogs. So lets just say that my catalog is rather large towards the middle and especially at the end of a given year. 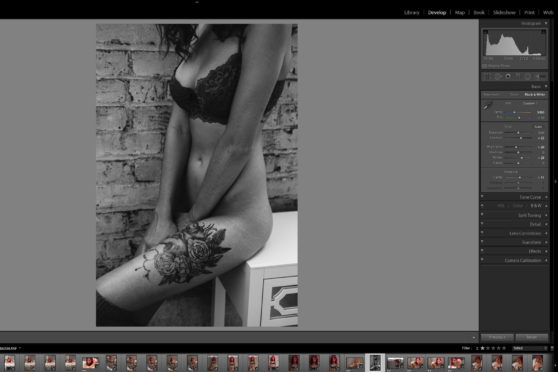 Scrolling through the develop module it was snappy, and while there was still a brief load time to load up the full 1:1 preview of an image when zooming in to 100%, it was vastly improved over what I had been dealing with previously. I dare say from it’s moved from the realm of unacceptable into the realm of acceptable, for me at least.

Your performance may vary, and I admit my system is on the higher end of the scale (I7 5820K Overclocked to 4 Ghz, 16GB DDR4 2666 RAM, SSD’s all around, and an R9 390 Overclocked on a 1440p monitor), so those of you on mid-level or lower tear systems may not see this kind of improvement. But given the significance of my Lightroom performance gains, I would say that you should see some improvement without a doubt.

So install the latest CC update and share your experience in the comments below! Have you seen as much of an improvement as I have?