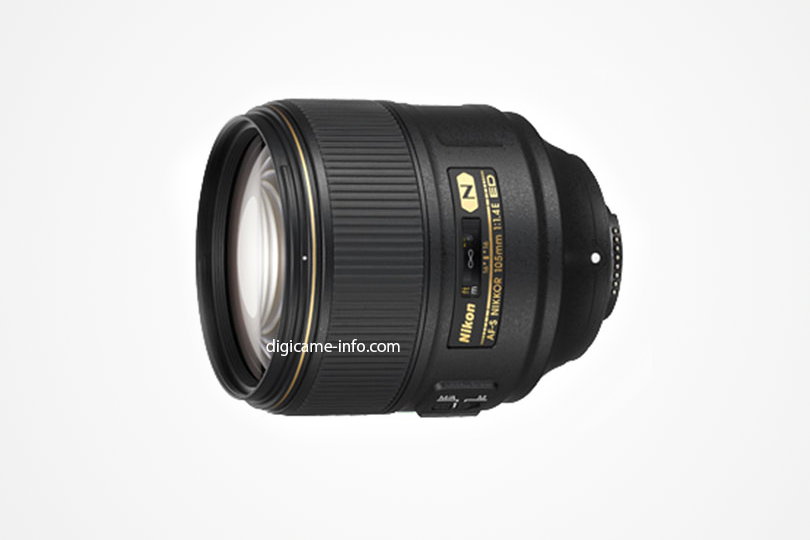 Photokina years are always good for exciting announcements and a newly leaked image seems to indicate that Nikon will have a pretty big one later this year in the form of a 105mm F/1.4 prime lens. Now, before we go further, as always with leaked images – its not official until its official (and there is always the chance that it is fake).

So, now that this is out of the way, the image leaked by Digicame.info, a site that regularly gets its hands on leaked images, and more often than not, they are legit. The image shows a 105mm F/1.4 ED with Nikon’s Nano Coating and a gold ring. This is notable because Nikon’s fastest 105mm prime at this point is the VR equipped F/2.8 variant, and F/1.4 offers a significant upgrade.

The expected price is around 233,000 yen, which would roughly place this lens in the $2,000 price range here in the States. Pretty pricey, but given the significant uniqueness of this lens, that is not all that surprising. It will be interesting to see if portrait photographers still favor the 85mm F/1.4 after this is released or if we see a notable shift towards the 105mm focal length.

Rumors about this lens peg it for an announcement at some point this week, with availability expected some time in late August of this year. It will be interesting to see what, if any, other surprises that Nikon has up its sleeve in the lead up to Photokina in September.