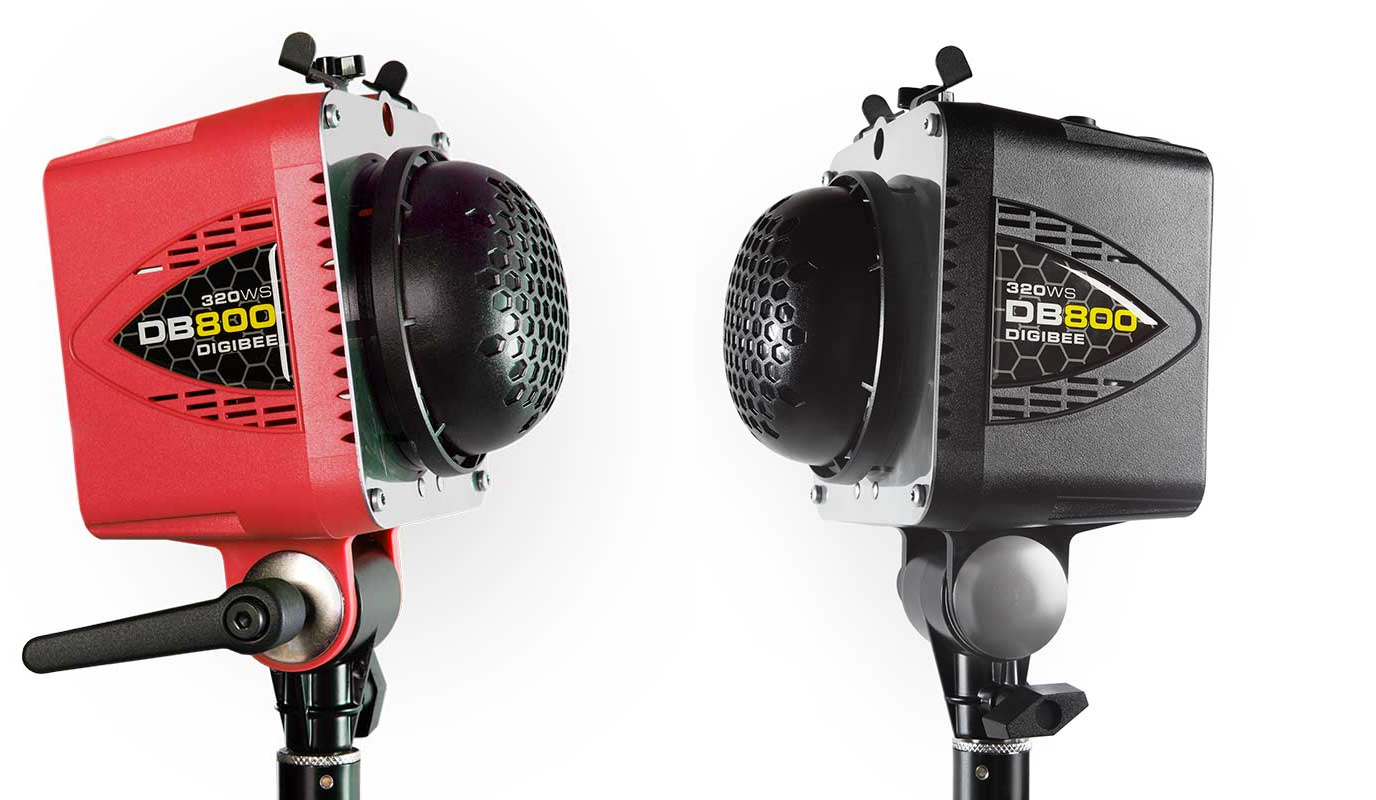 Paul C Buff Announced the New DigiBees, and Why I Really Don’t Care

Announced yesterday, came the new light from the extremely popular Paul C Buff brand of lighting, entitled the DigiBees. This is the first major Paul C. Buff related product announcement in a number of years, from what is likely the most popular strobe manufacturer in the United States. The ‘buzz’ is out on them, and I’ve looked over their spec sheet and product photos – and I’m already really unimpressed.

For those who are unaware, the announcement is for their newest line of strobes, named the Digi-Bee. In 7 f-stop variability, these new strobes contain digital controls and come in two power output versions – 160Ws and 320Ws. Additionally, these new lights boast coming in 4 different colors, ranging from matte black, to faded red. Perhaps the best part of the lighting system though, comes with the price. Maintaining the vision that Paul C Buff has always had of making affordable studio equipment, the new Digi-Bee’s are priced modestly at $310 and $350. So what’s not to love? Well, quite a bit. 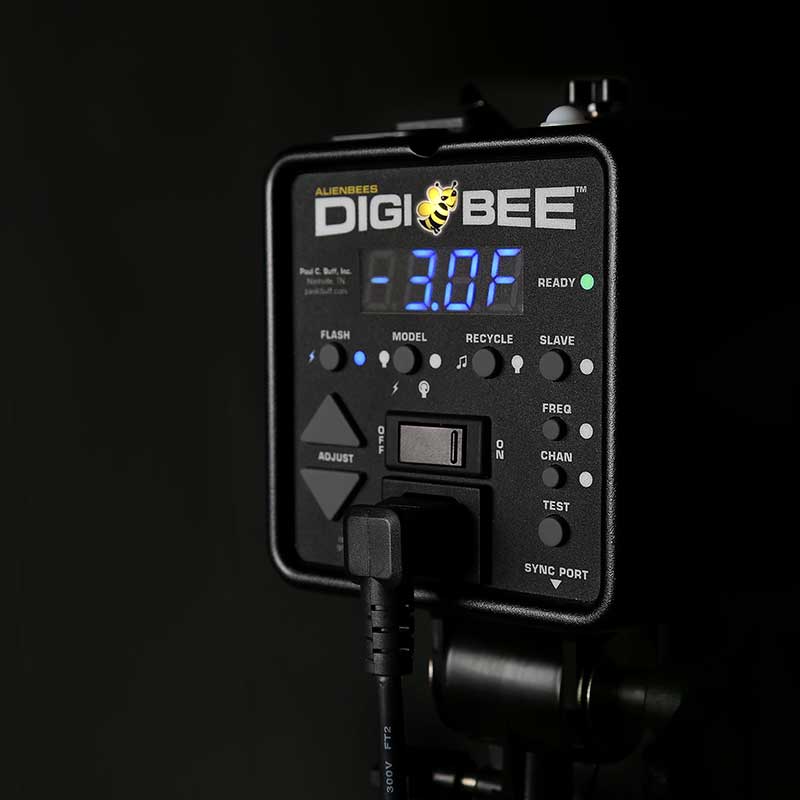 The new Digi-Bee came in an era of expectations and failed to meet a single one of those. Since the announcement of the Profoto B1 back in 2013 (Seriously, that was almost three years ago now), everyone has been clamoring to create a competitor to the new flagship strobe system. The Profoto B1 has it all – TTL that actually works well, High-Speed Sync capabilities, a well designed and constructed mounting system, and most importantly, a removable battery at allows for over 240 full powered shots on the 500Ws strobe system. Sure, it has the shortfall of being $2,000 in price – but innovation comes from the top, and trickles down. And in these last three years, dozens of competing strobes have came out, trying to take the crown from the beloved Profoto B1s, ranging in prices higher, like the Broncolor Siros 800J at $2,350, to the Godox AD600 – which has most the features that the Profoto B1 has, for as low as $550.

Furthermore, Paul C Buff has added nothing new to the Digi-Bee system that wasn’t already on, and in most cases, better, their current strobe lineups. For example, let’s look at the Einstein strobe. Introduced in back in 2010 at ~$450 (It’s now $499), the Einstein by Paul C Buff was a major upgrade to the Alien Bee lineup of strobes. First, they added a digital back to the light, allowing for precise controls, using buttons instead of sliders. They also boasted 9 f-stops of power variability (two more than the newest Digi-Bees), an extra stop of power at 640Ws, and highlights an incredible short flash duration – the shortest available at the time. Moreover, promised a +/- 50° color consistency (something the Digi-Bee does not) and provided two different shooting modes, one which recycled faster with less accuracy, for action sports – and one a hair slower with better consistency in power. The Digi-Bee contains only a fraction of these features, and none of the stand out features found in the modern Profoto, Elinchrom, and other systems. Paul C Buff has still failed to fix some of the underlying problems users have faced with their old systems – faulty hardware.

If you’ve read anything about Paul C Buff, you’ve probably come across the age-old “They have the best customer service in the industry”. And that claim is right – Paul C Buff specializes in a direct to buyer sales model, meaning they build the relationship with the customer, not a middle man like B&H Photo or Adorama. They also are quick to fix any problems you have with your strobe or gear. However, their customer support is so renowned, because well, you’re going to have problems with their gear – and these new products seem to be no exception to that reality.

For one problem, the mounting system seems to be identical on the Digi-Bees to the previous Paul C Buff strobes, using a tension mount to add modifiers quickly and easily. If you’ve used an Alien Bee or Einstein long term, it’s more likely than not that you’ve had to send it in to get these replaced. Often, the band inside will break, or even one of the mounting arms, making it impossible to mount larger modifiers with ease. And while Paul C Buff is usually happy to service and repair these problems – often at no cost to the purchaser – one must ask how long these problems must go one before they fix the design flaw.

And Paul C Buff strobes have a plethora of other small problems with the design, all of which have seemingly gone unfixed. After heavy use, the power outlet will break and fall into the unit, the umbrella screw mount will wear and break over time, you’re going to run into threaded screw issues with the bottom plastic mounting plate, and the transmitter pins will certainly get bent and broken after long use. These are problems that users have frustrated about for years, and Paul C Buff has made no effort to fix them.

Don’t get me wrong, I love Alien Bees, and credit them for really getting me started as a strobist. They were affordable when I was starting out and was experiencing the pipedream of someday owning Profotos or pro-level strobes. But with frustrations in their quality control, and actually having pieces of their gear catch fire while on set, I eventually gave up and made the Profoto investment. While I admire their ability to get people started into a hobby or career that can be so incredibly expensive, they still need to meet the market demands. High-Speed Sync is a big one, and it’s such the rage that I often teach workshops on the topic to students. TTL, Battery Powered, and High-Speed Sync are not fads within the industry, they’re trends that photographers have come to expect from modern strobes. Failure to meet these demands only means that people will start searching elsewhere to get their needs. I love Paul C Buff, and all that they give to the photography community. But they need to stop catering to the community from 2006, and start acknowledging the needs of photographers in 2016 and beyond.