I’m a huge fan of drones because of the creative opportunities they allow. I am generally talking about aerial video and photo, but photographer Krystle Wright had other ideas when she decided to mount Canon speedlights to one and use it to capture a photo a highly unusual photo with some serious drama-factor. What started out as just another interesting idea culminated into some of the best photos of the type that I’ve ever seen.

“I came into this evening with no expectations but to only experiment and have fun knowing that this was a bonus,” Krystle said. “Embarking on a passion project is an interesting rabbit hole to venture down. I came into this shoot with a clear concept in my mind and as usual, it doesn’t quite go to exact plan but that’s the beauty of working in the outdoors.” 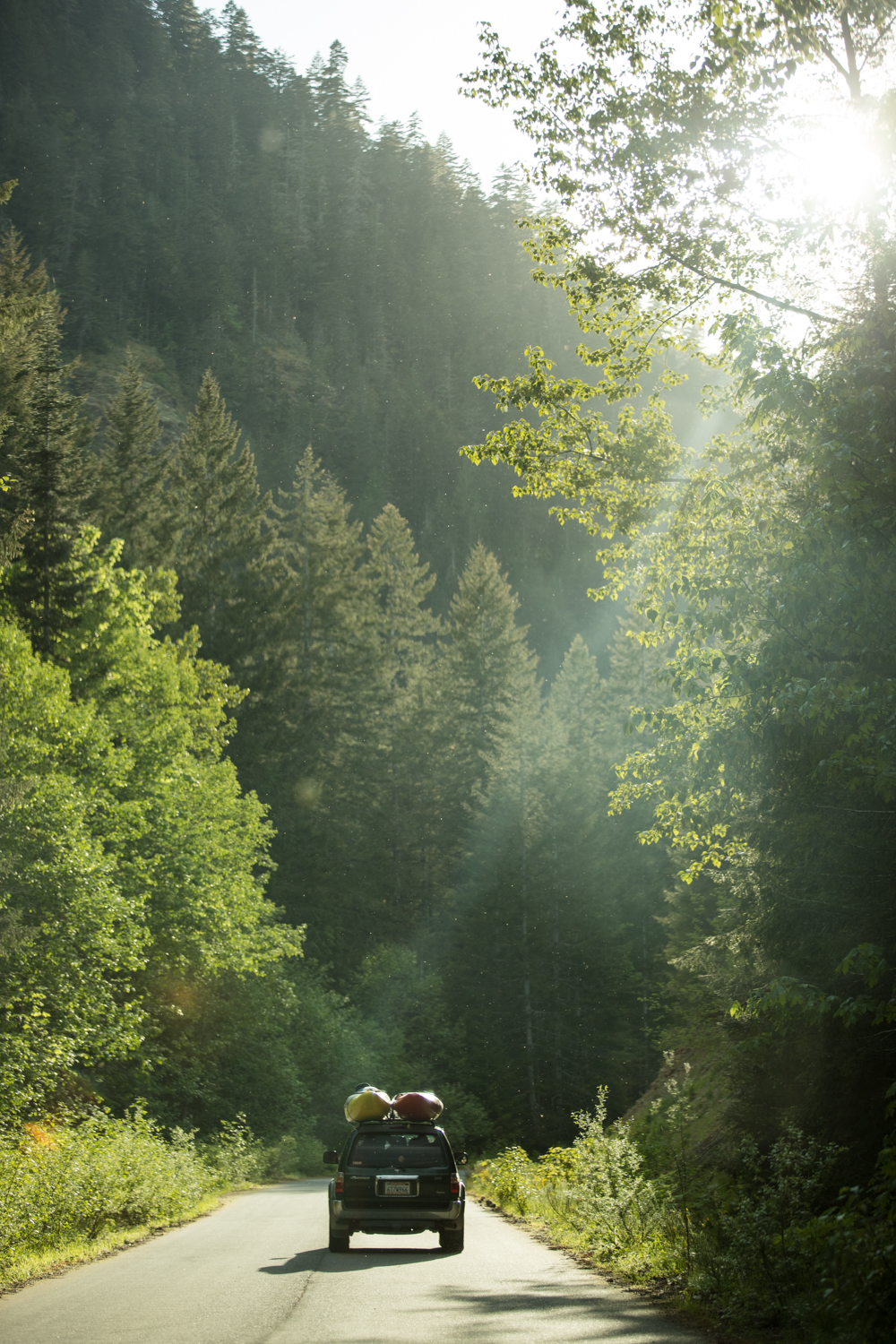 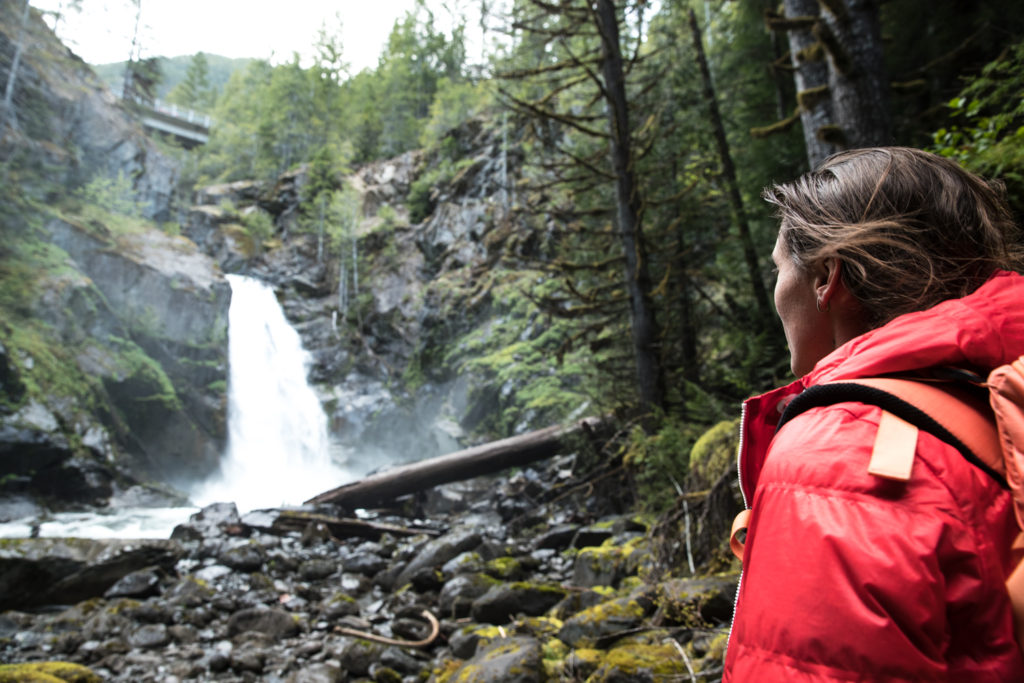 The shoot took place in Hood River, Oregon at the waterfall known as Spirit Falls. The concept was to see what it would be like utilizing a drone to position the Speedlites in a particular way, as you can imagine it’s not easy to access waterfalls to start with, and positioning lighting exactly where you need it normally borderlines on impossible thanks to limited access to get into the desired position. “I rigged myself to a rope on a tree overhanging the lip of the waterfall to shoot the kayakers as they paddled underneath me,” she told us. 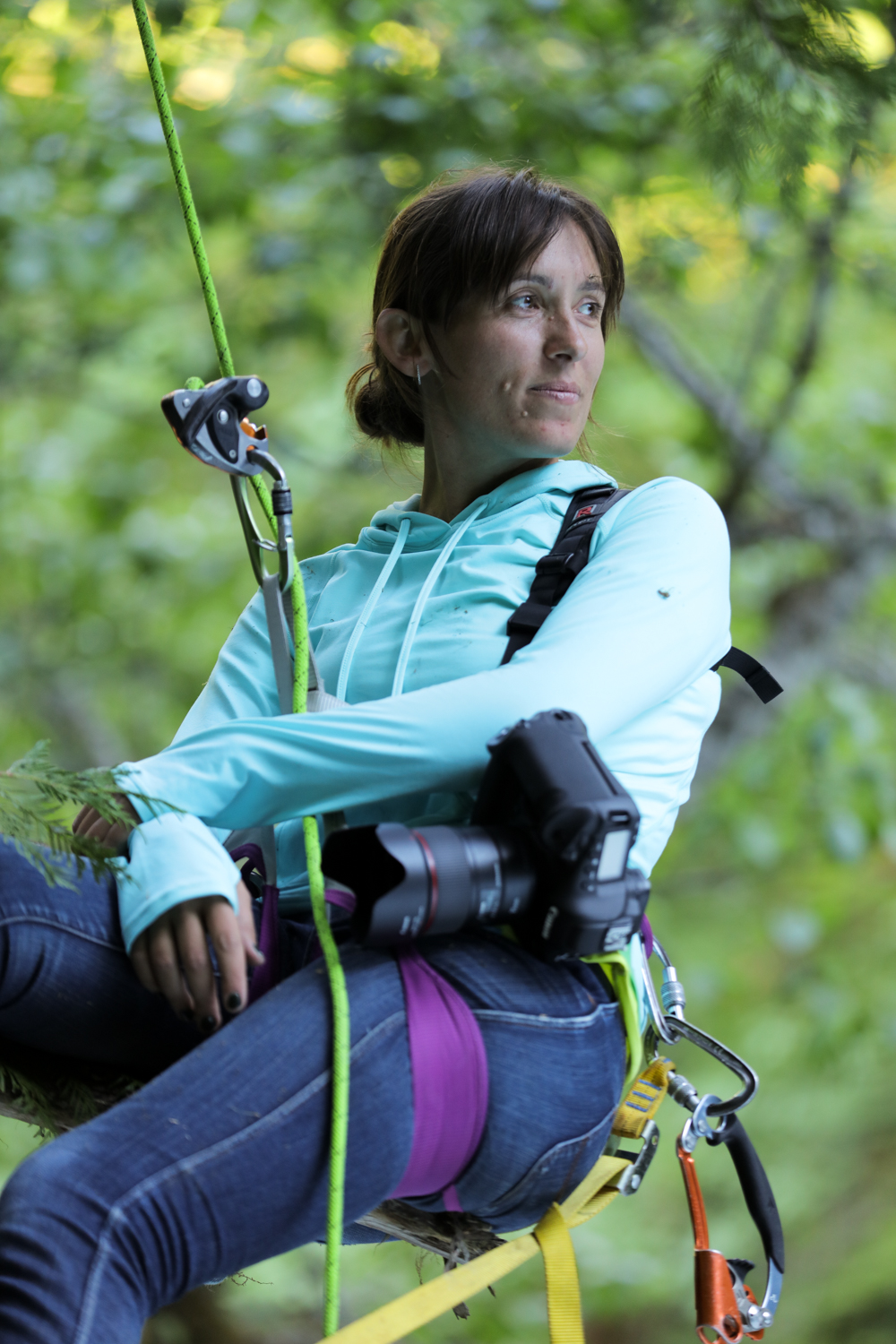 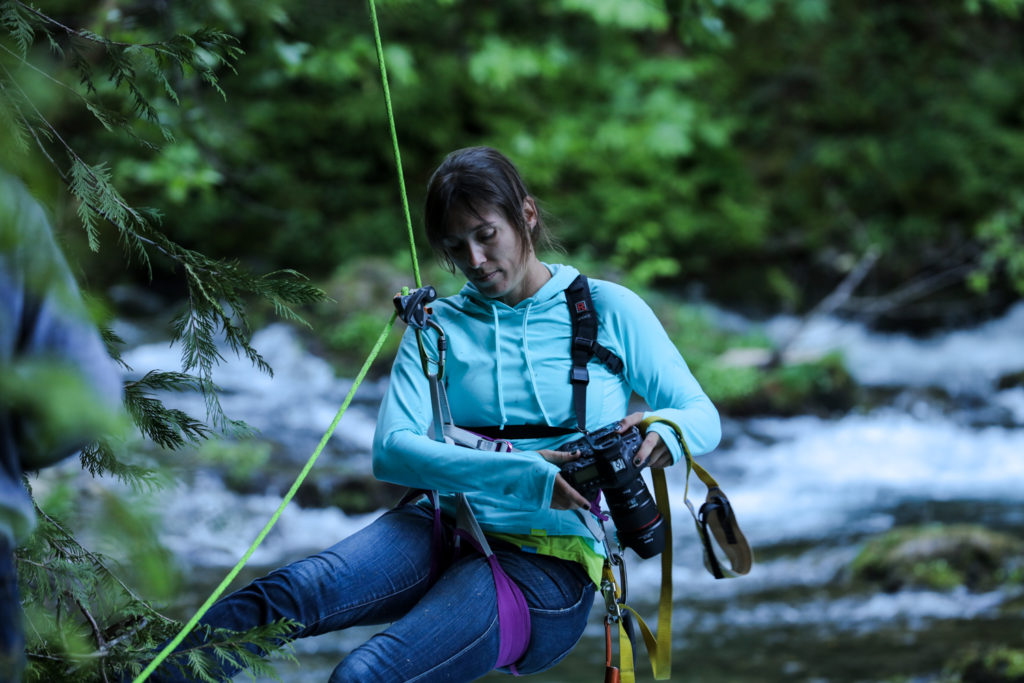 “One aspect of this shoot I had not fully considered was the fact that each time the kayaker would paddle over, I would only have one shot. Over the 3 days, without including the test shots when setting the flashes, when it came time to shooting the action, I may have only shot enough to fill one roll of film. And I absolutely love this aspect because it really focuses back to quality over quantity.” 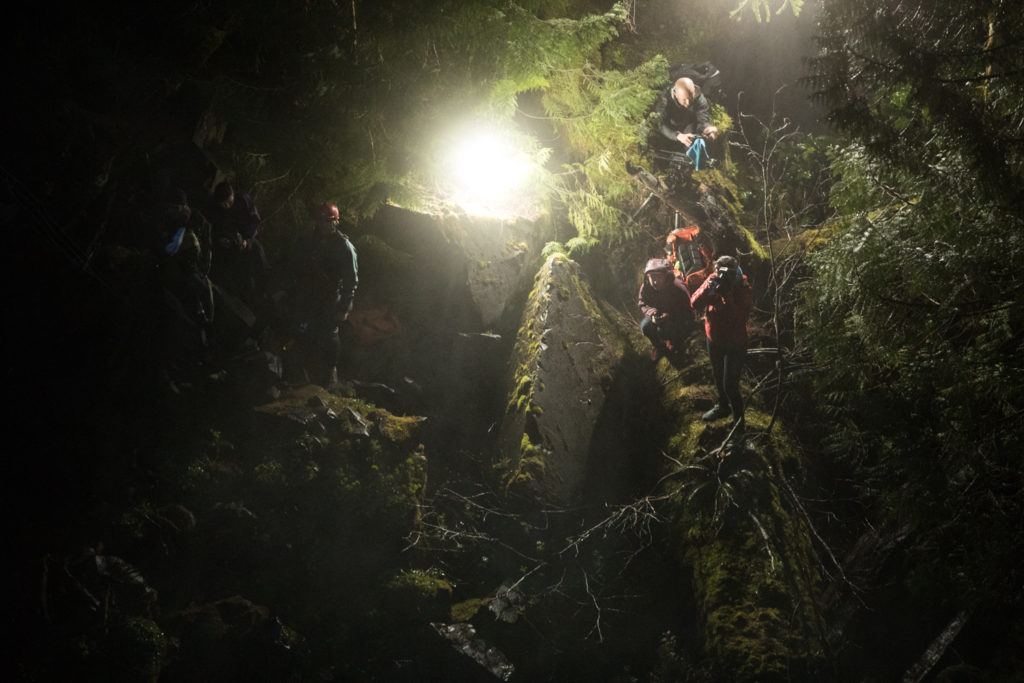 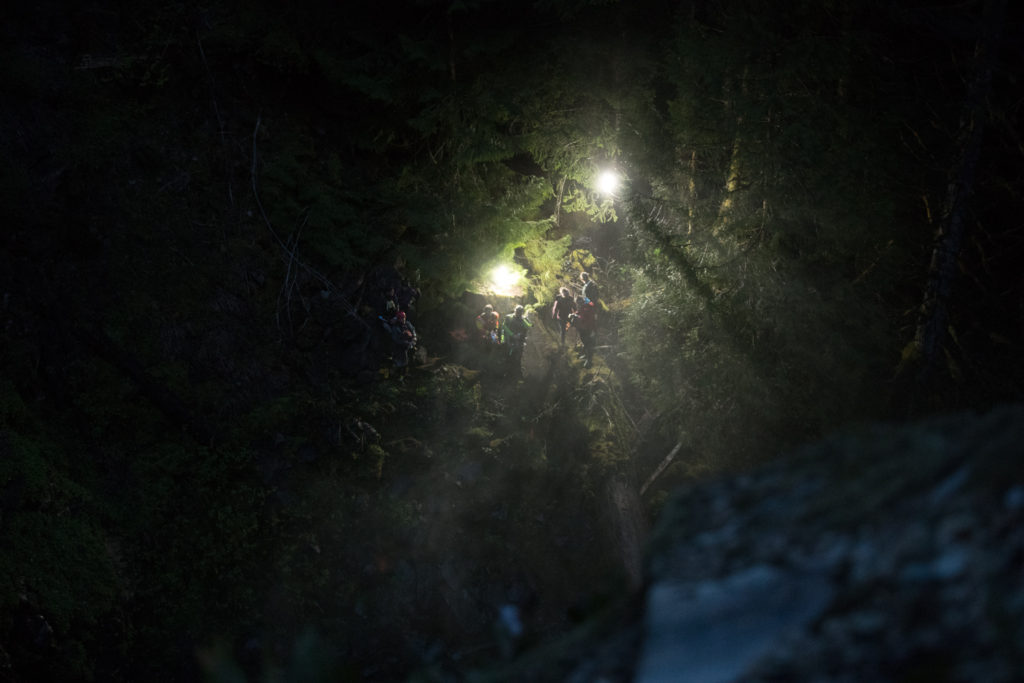 When I first got into photography with my Kodak disposable cameras that I’d take on school camps, I remember planning out my shots that I would allow only 3 of 4 photos per day so that the roll of film would last the whole trip,” Krystle said. “I felt like this shoot encapsulated a similar feeling and it brought up a lot of excitement and also nervousness. I think it’s important to remove the guarantee as it strips away the method of playing it safe. Its a scary feeling to realise that this all might potentially fall apart but it also pushes me to be on my toes and not fall into a lazy rhythm.” 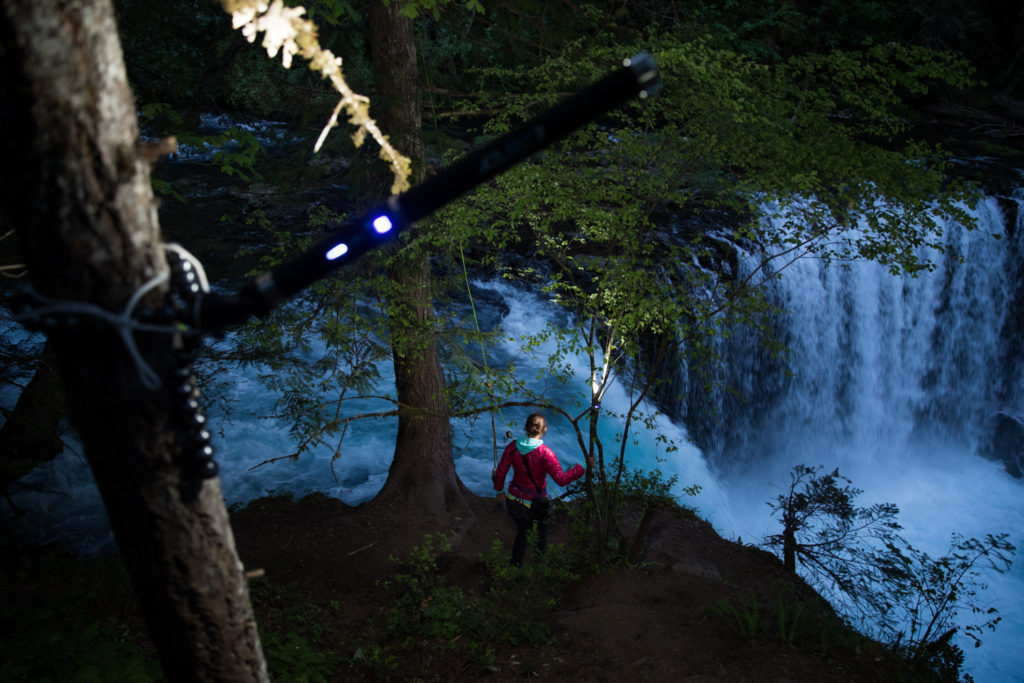 “Our final two days were spent deep in the Olympic Peninsula at Hamma Hamma falls which is a 60ft drop. The momentum and vibe amongst the group was absolutely amazing and made the whole experience worth it! Often as a nomad, I am by myself and I worry that maybe I’ve become too accustomed in being by myself. But when I can share my passion with other similar like-minded friends, wow, what an incredible atmosphere to be a part of.”

As you can imagine, even with aerial assistance, getting the lights into the right position was incredibly challenging, espeically with the knowledge that there would be limited chances to capture the image Krystle was going for. “It was incredibly tough to position the flashes on this one as this waterfall was much bigger. The first night, we only had two kayakers and the flash failed to fire on the second run. I was absolutely gutted and it could’ve been easy to move on but we rallied and came back with a bigger group and it felt right to finish in what I had set out to do. I was always taught, always finish what you started and we nailed the second night. For now I am happy with what we all achieved together, though I know in time, my mind begins to tick over and start thinking how can I evolve this project and raise the bar again.” 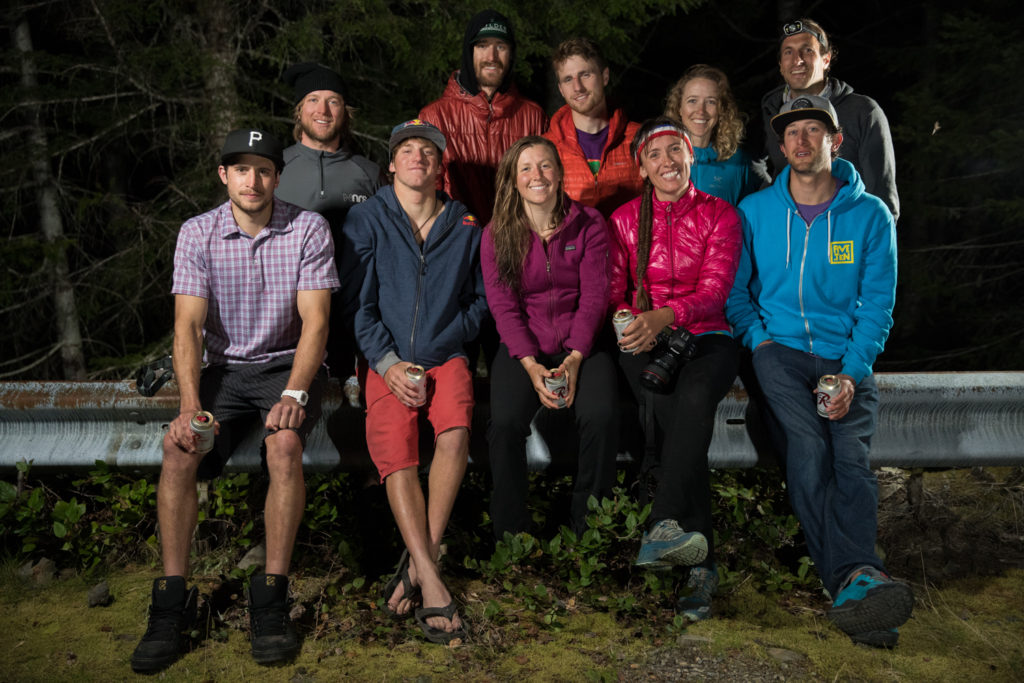 I’m still incredibly impressed with the photos, which are significantly more compelling than I thought they would be when I first heard about the project. I mean, come on. This is amazing: 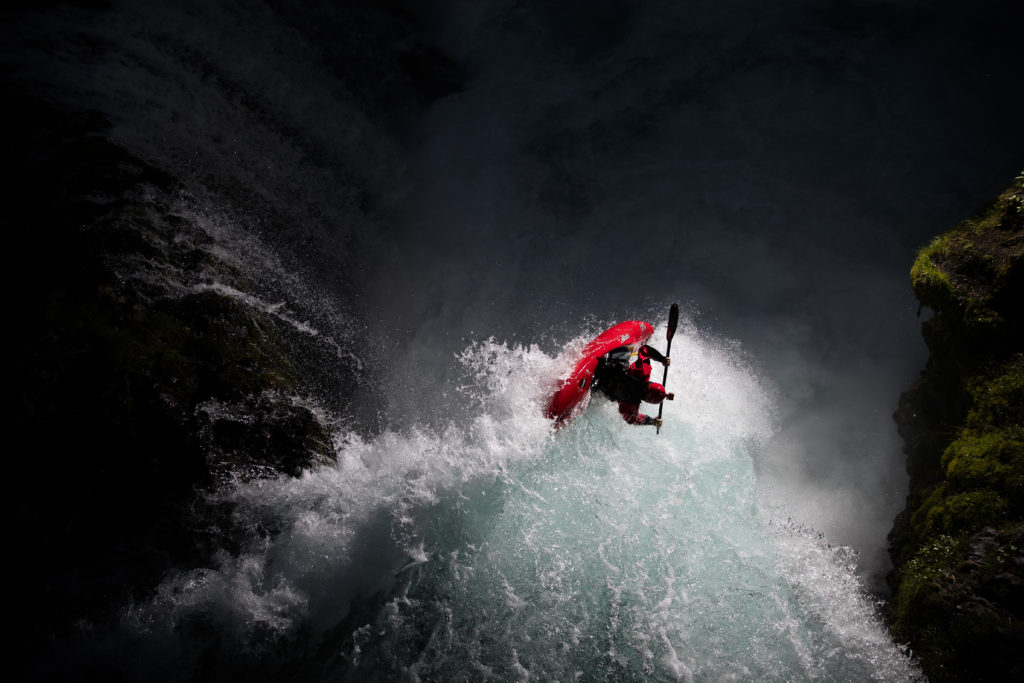