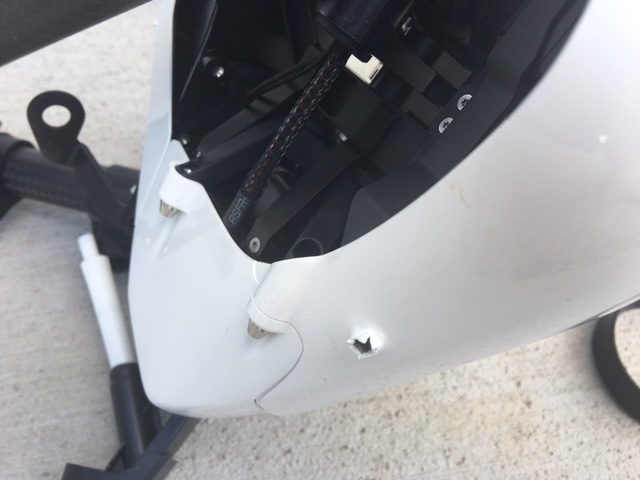 Photographer’s Inspire 1 Drone Shot Out of the Sky in Aspen, Colorado

For every fan of drone photography, there are several folks who are a lot less enthused with the hobby. It’s certainly a polarizing subject, and it can make some people react violently to their displeasure of the aerial photo/video machines. Take Toby Harriman, a photographer and filmmaker based out of San Francisco who recently took a trip back home to Aspen, Colorado where his brand new Inspire 1 Pro drone met its end via a bullet straight into the side of the chassis.

It happened, in a place I never thought it would happen,” Toby told us. “My drone was shot down by on July 4th in Aspen, Colorado.” 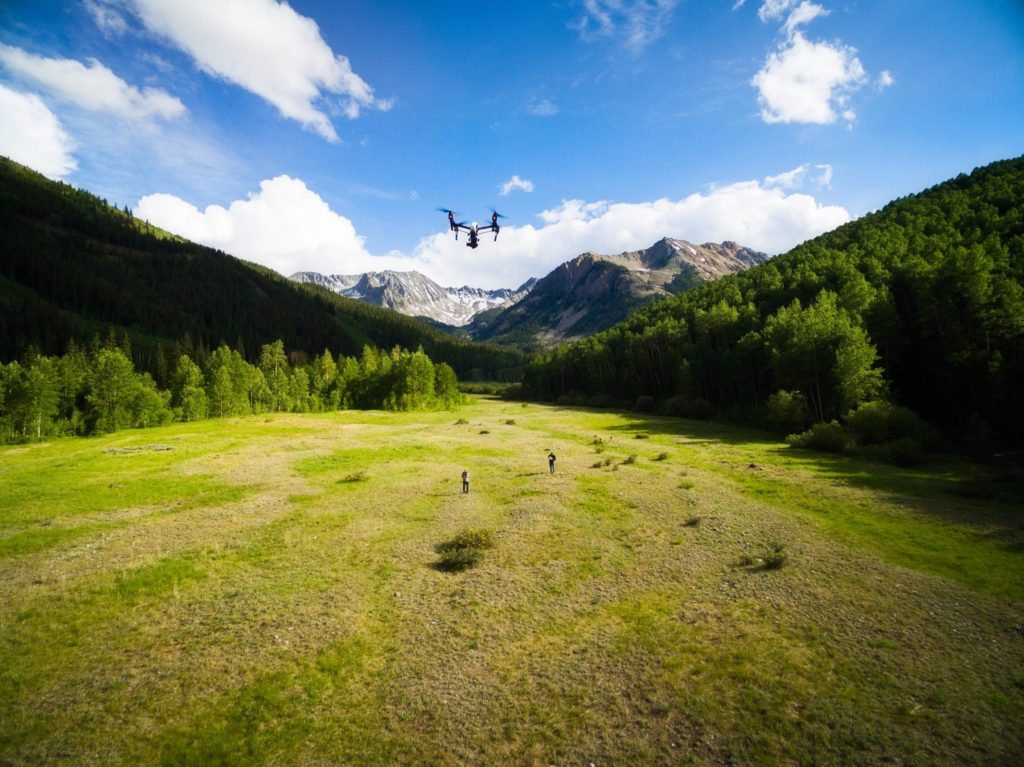 Toby maintains he was being the best possible pilot he could have been. “I consider myself a pretty considerate and cautious drone pilot. I try to follow all the rules given for flying, as well as any that exist in a given area,” he told us. Following the rules can be tricky, because the state of drone law is all over the place. It’s hard to know what is always right and always wrong because of the varying laws and regulations, but Toby does his due diligence before flying, including using multiple apps to chart his courses and check for the legality of the airspace. “Sometimes its tough to really know what is right and wrong and why. It’s basically impossible to become a commercial drone pilot until August thanks to new rules that were announced which will replace the old rules. So I fly more for myself and keep my other part of creative more commercial: Timelapse, aerial from helicopters and photography.”

Toby explains what brought him back to Colorado from his home in the Bay Area. “I was back in my birth town of Aspen on a work trip as well as a chance to see family for the holiday. A few winters back I went up on Red Mountain and Smuggler to shoot the firework show and I wanted a similar or same view in the summer setting,” he told us.

“So while I was setting up my cameras and waiting for the fireworks show to start, I decided to take up the drone for a quick second to show a few friends that were there that night. I took off from the road and had to fly over some houses but stayed a few hundred feet up. I was focused on the view of downtown with Aspen Mountain as the backdrop. I could care less about “spying,” as some people will jump to conclusion on this and blow it way out of proportion. I’m pretty uninterested in residential areas and homes. And honestly, if you really think about it drones, are terrible for spying. They are super loud, you have to get super close to see anything, and you can barely see anyone on your iPad screen anyhow. Basically, all you are going to see is what is already available on Google Earth.

“During the whole night, people where shooting their own fireworks of course, as with anywhere on July 4th (legal or not, people do it).

“So I was flying the drone forward towards Aspen and then I brought it back a little. I was over a field (brush) in between two houses, (This is Aspen, so plenty of open space and land around each home (or mansion). Thankfully I wasn’t over a house when the incident happened, as it would have crashed down and probably caused more damage. I was showing a few people how you can see the stream on the iPad, and during those few seconds I was just hovering a hundred or so feet up. 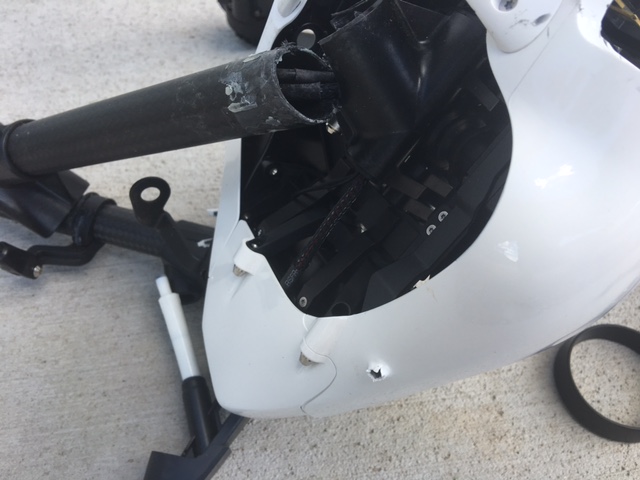 Thats when we heard two shots and I looked up and see my drone dropping like a sack of bricks. At first I figured it was fireworks, and was thinking how amazing or unlucky (for me) the shot was. That said, we still considered the possibility that it was a gun. I ran down the hill and was able to retrieve the drone within a few minutes. Some guy came over the side of deck from the house I suspect shot it down. He basically said they heard nothing and they went back to their little party.

Thats when we heard two shots, and I looked up and see my drone dropping like a sack of bricks.

As expected, on impact the Inspire 1 was shattered in multiple places, and was completely totaled. I couldn’t find the camera at the time as it was getting a bit dark. So I ran up the hill and focused on my timelapse of the fireworks, a bit stunned at what just happened… Knowing my drone was just shot out of the sky. I could have approached the people at the house, but figured because it was the 4th everyone was a bit drunk and starting a confrontation wasn’t the best idea. If they had a gun, it was not my time and place to make a scene in my opinion. 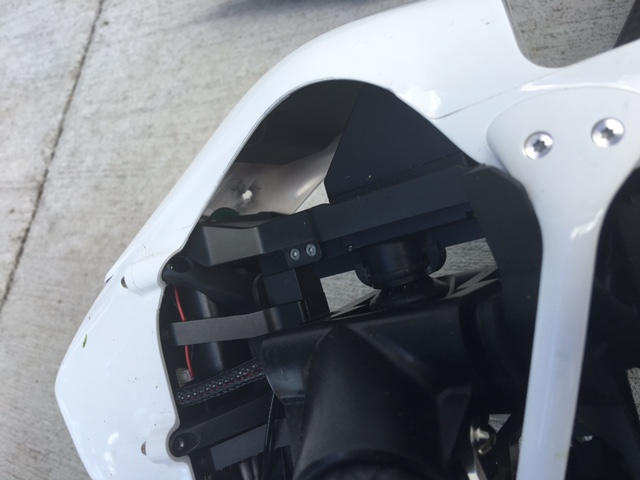 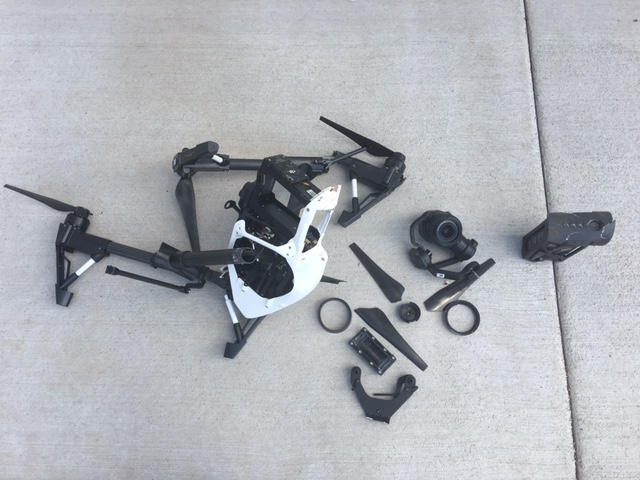 After the fireworks show, I just threw my mangled drone in my car and went home,” Toby said. “I decided I would deal with it in morning.”

The next morning with some light, Toby took a closer look at his drone. “I really noticed what happened when examining the drone more, and thats when I discovered the bullet hole. It was definitely a gun, and I could tell from the angle of how the bullet hit it that that it most likely came from one of the two houses close to where I was,” he said. In an effort to recover all the pieces, Toby revisited the site to find the camera. “I drove up to the spot and hiked down the hill and found my camera, about where I figured it would be. When it crashed, it must have bounced about 20 feet down and was also broken into pieces.”

I was a bit stunned at what just happened… Knowing my drone was just shot out of the sky. 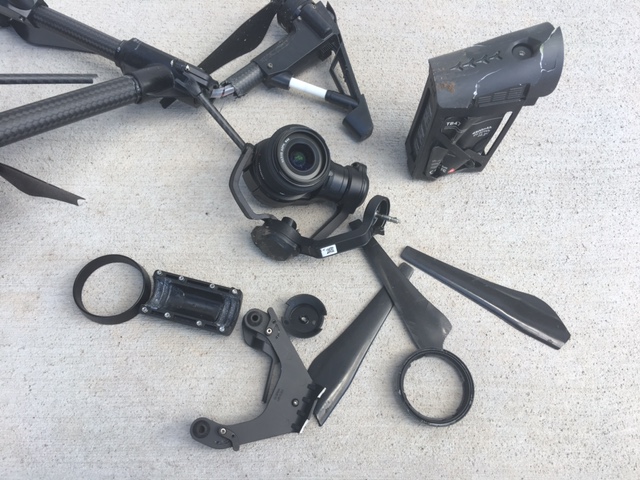 “Later that day I went to the sheriffs office in Aspen and filed a police report, though I don’t have a lot of confidence that we will ever be able to catch the guy,” he said. “But reporting it was the proper thing to do, and will hopefully help with insurance. The sheriff was super nice and we both had a pretty good understanding about the situation and the fact that everyone is still getting use to drones. Even the sheriff was not as up to date on the laws as I was.”

Toby also took steps to make the FAA aware of the situation. “I have made contact with FAA to file a report, but I am still waiting to hear back.”

Looking back on it, Toby believes that it’s smart to look at the situation objectively, as challenging as that can be. “I like looking at everything from two sides. On one side, you shouldn’t shoot down a drone. On the other side, I probably should have stayed clear of houses. I mean, I tried to though, as my intentions were in the right place. I didn’t and wouldn’t have flown it in downtown, like I saw a few other people doing while I was in Aspen. I would especially avoid those places with this particular drone, the Inspire Pro, which is more then twice the size of the smaller Phantom drones. I have always said, I’d only flew in downtown areas if I had the smaller drone. The big one is too much of a liability if it crashes (or in this case, gets shots down).” 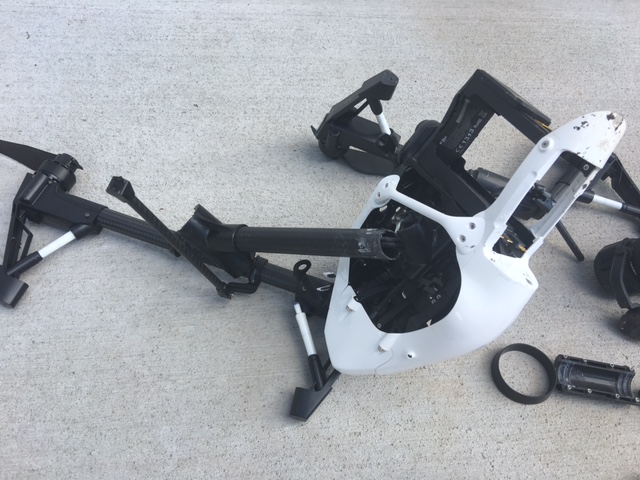 On the subject of safety and the issue of privacy, Toby doesn’t think there is much for people to be worried about. “Personally I feel drones are pretty safe, and  relatively useless for spying. I use it as a tool to capture beautiful scenery. But no matter how in the right or wrong I was, no one should shoot it down. They made the situation more dangerous for everyone. Shooting it out of sky will force it to crash, and it could have killed someone on impact. More importantly they fired a gun in the air, and who knows where that bullet ended up,” He said. “Actually, both bullets went somewhere in that residential area, as we heard two shots.”

In case you were wondering, it is indeed a federal crime to shoot down a drone (this feels like a no-brainer, but I guess the FAA had to make a statement on it), and you also have to consider that in order to do this, someone had to point their gun into the air and shoot, meaning when one of the shots missed (and the other was a through-and-through), that bullet has to come down. That is a scary thought in an inhabited area.

“I guess it makes for a crazy story,” Toby said. “But also a warning for us drone pilots to know that people really are shooting them down. That to me is far more hazardous than any drone operator could be by themselves.”