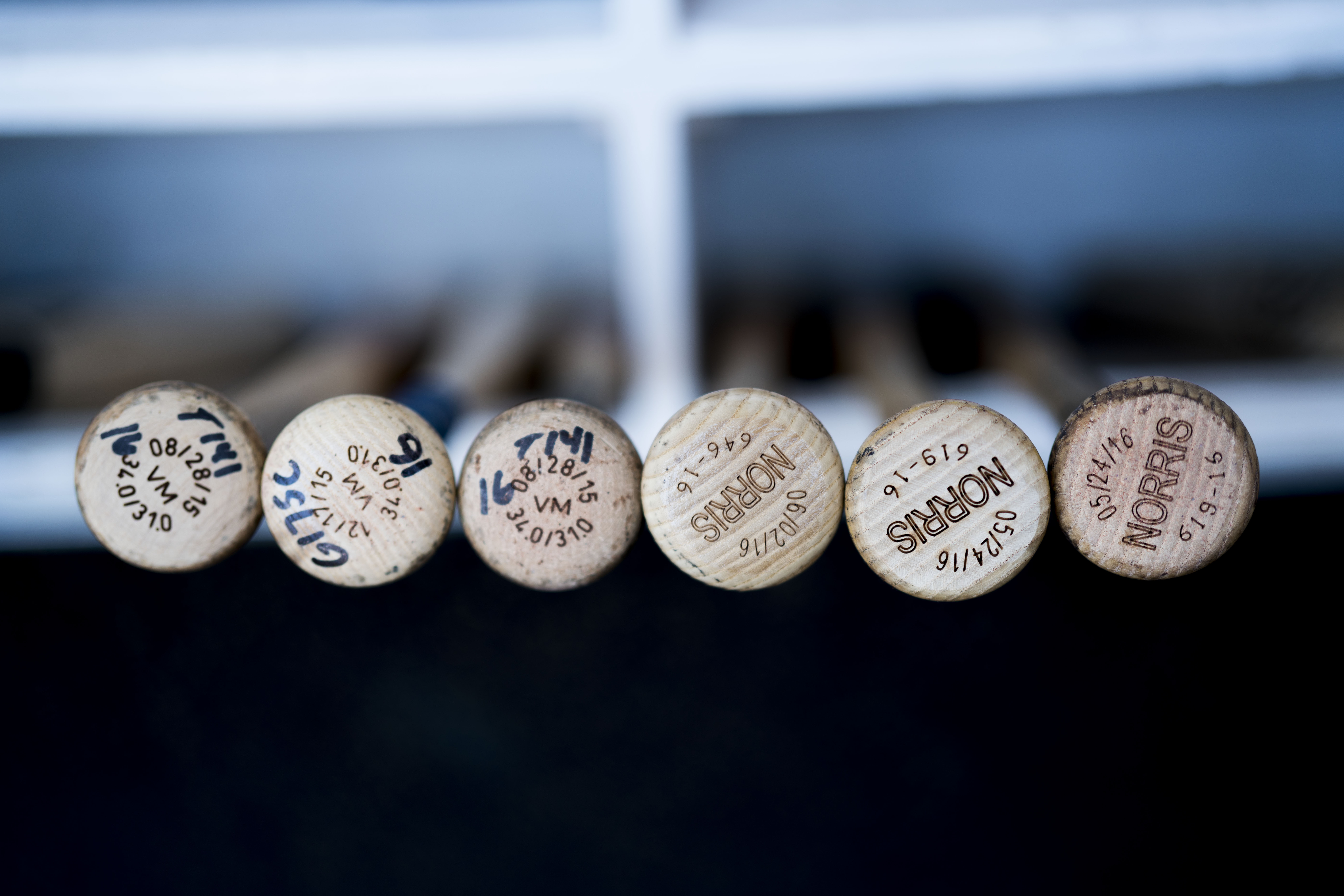 This morning Sony sprung the news that they were releasing a new 50mm this summer, and it is one to get excited about. With buttery bokeh (I usually hate using either of those two words, but for this review I’ll make an exception), classic and beautiful design as well as a totally fair and affordable price point, the Sony 50mm f/1.4 is going to be one you’ll want to pick up if you’re a portrait shooter. 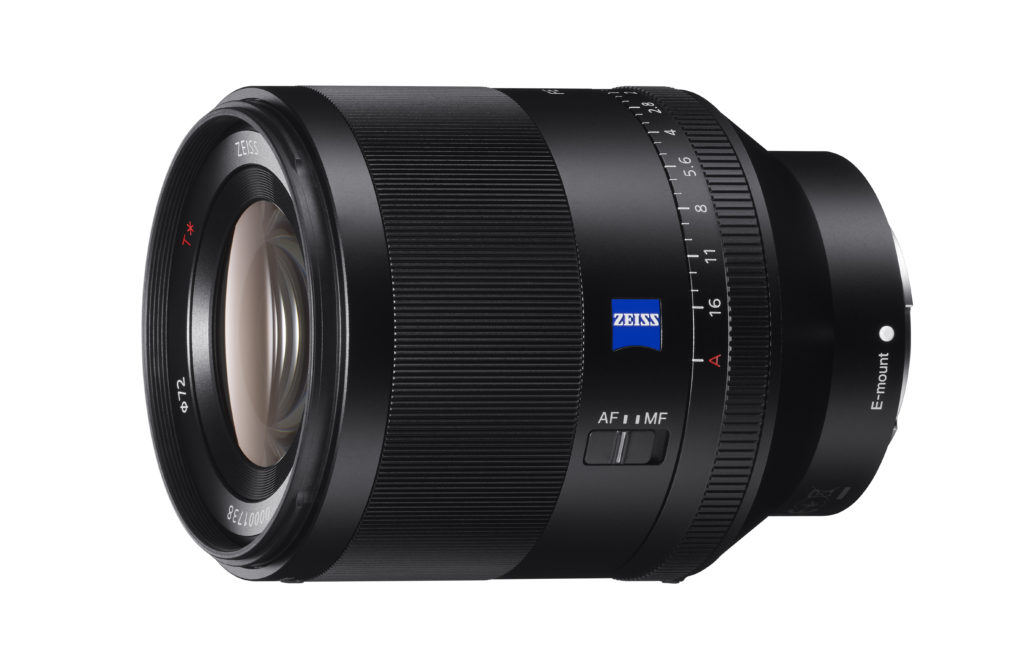 This might be a bit confusing, as Sony already has an A-mount 50mm f/1.4 Zeiss Planar lens on the market for… basically the same price as this new offering. This was a lens that you could use on the E-Mount system with the A-mount adapter, but now you don’t have to go through that rigamarole to get the image quality. Much of this lens is the same specs-wise as the Alpha lens, but there are a few differences. For example, immediately obvious is that they have different body designs, and the new lens has an 11 bladed aperture, while the older one only has 9. There are also other 50mm E-mount options available (like the excellent Touit or the old-school-style Loxia), but this new Zeiss offering should be the new best overall option for fans of the 50mm focal length. 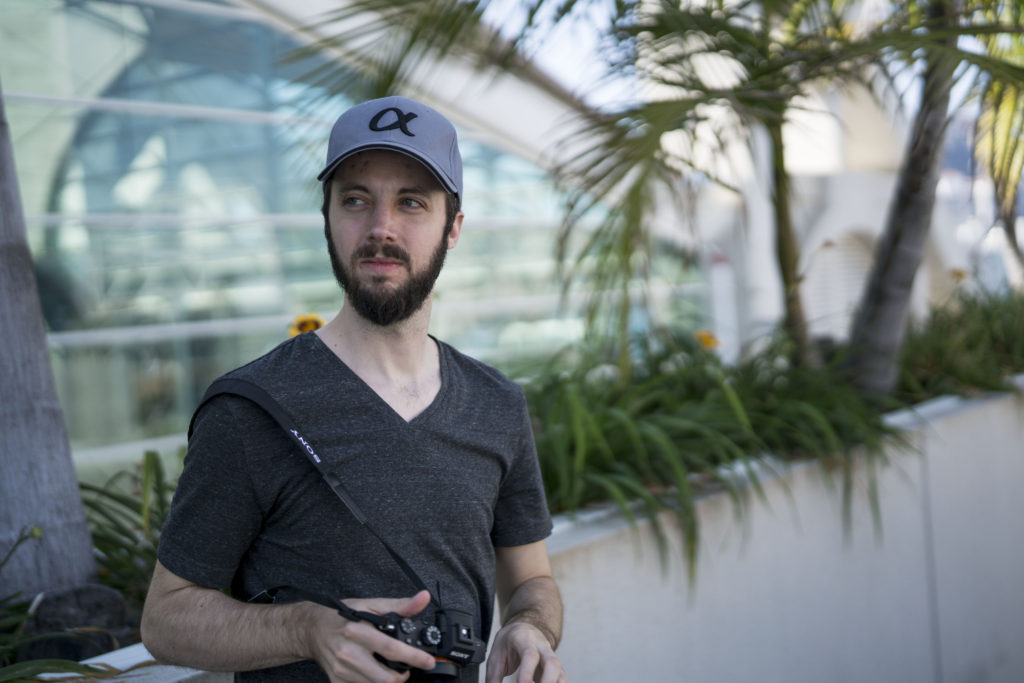 My friend Ryan Mense rocking the 50mm on his a7R II, being photographed by the 50mm on an a7R II.

The 50mm is built extremely well, and not just from a “had to break” standpoint, but from an aesthetically pleasing one as well. The 50mm ZA is a beautiful lens, with well-designed features and a “feel” that exudes quality. When you hold it, it feels like a lens that takes great photos. It’s weighted well, and keeps the camera balance centered on the lens mount. It’s not light, but it’s not heavy either. It has just enough weight to it to feel good.

The lens has a couple little things that make it just that much more desirable. Firstly, there is an aperture ring on the lens which can be used in lieu of in-camera controls (this feature can be turned on or off via a switch on the outside of the lens). Additionally, this ring can be manually de-clicked via a trigger on the exterior of the lens, which is ideal for any video shooters out there. The lens is also dust resistant but… our recommendation isn’t to test that feature super heavily. It’s not an all-weather lens by any means. The 11 bladed diaphragm mentioned previously does make for some extremely beautiful out of focus areas, or bokeh, a word I generally avoid because of how pretentious it has become. That aside, the portrait possibilities with this lens are phenomenal because of how beautiful that bokeh is. 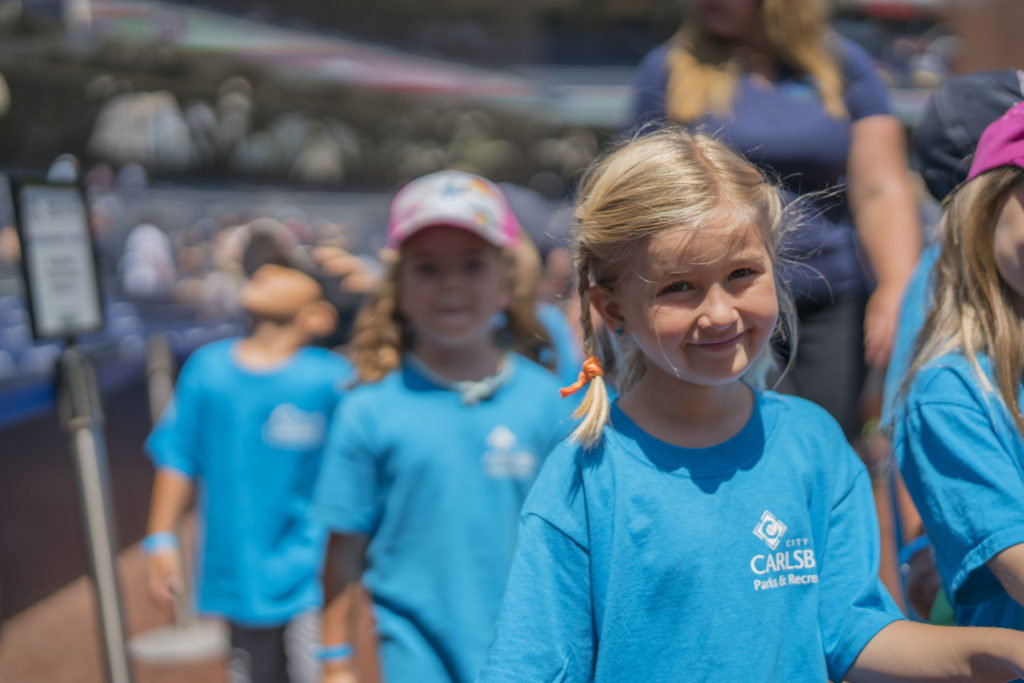 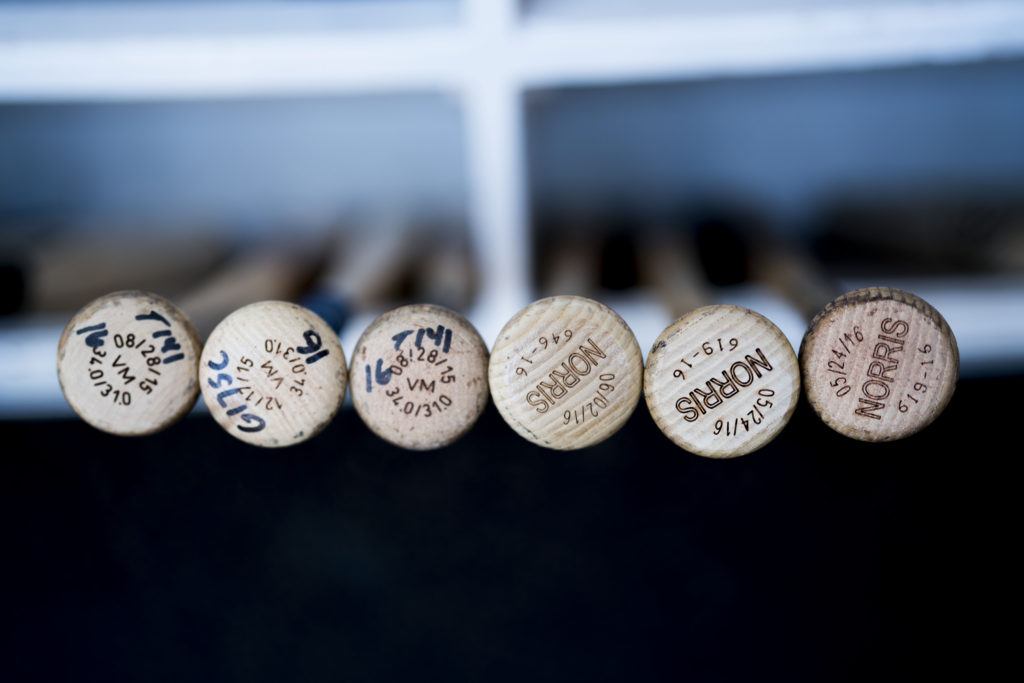 Subjects are drawn forward in gorgeous sharpness, while the thin blade of focus falls off into buttery smooth bokeh. I can’t say I’ve never seen images that are comparable to these in terms of the quality of that bokeh mixed with the sharpness of the focus point, but I can say it’s the best I’ve seen on this focal length on the E-Mount system.

Below you can get an idea of the razor thin plane of focus that the 50mm has. 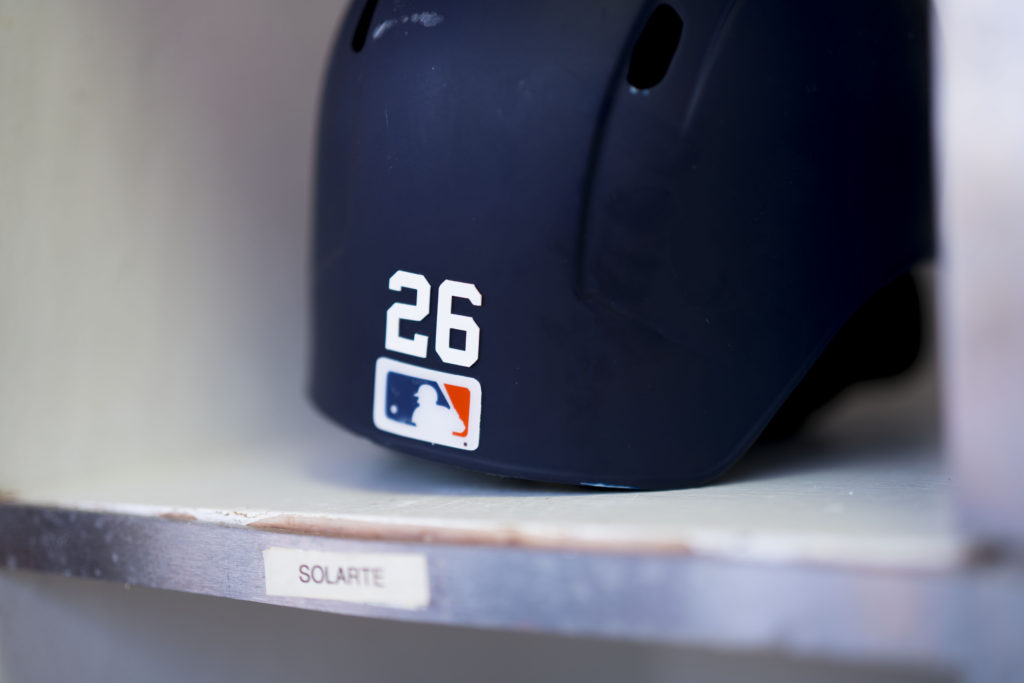 The 50mm doesn’t have a particularly close focusing distance, however, at 1.48 feet. So bear that in mind when considering the purchase or composing shots. Sometimes you want to get closer, and the 50mm just isn’t built that way.

As far as sharpness goes, it’s hard to argue with what the 50mm can produce. Any of the photos above should accurately illustrate just how razor sharp this lens is, and it keeps that sharpness at any aperture. In fact, take a look at these two images, one shot wide open, and one shot fully closed down. The following two images have not been modified in any way, and are straight out of camera. 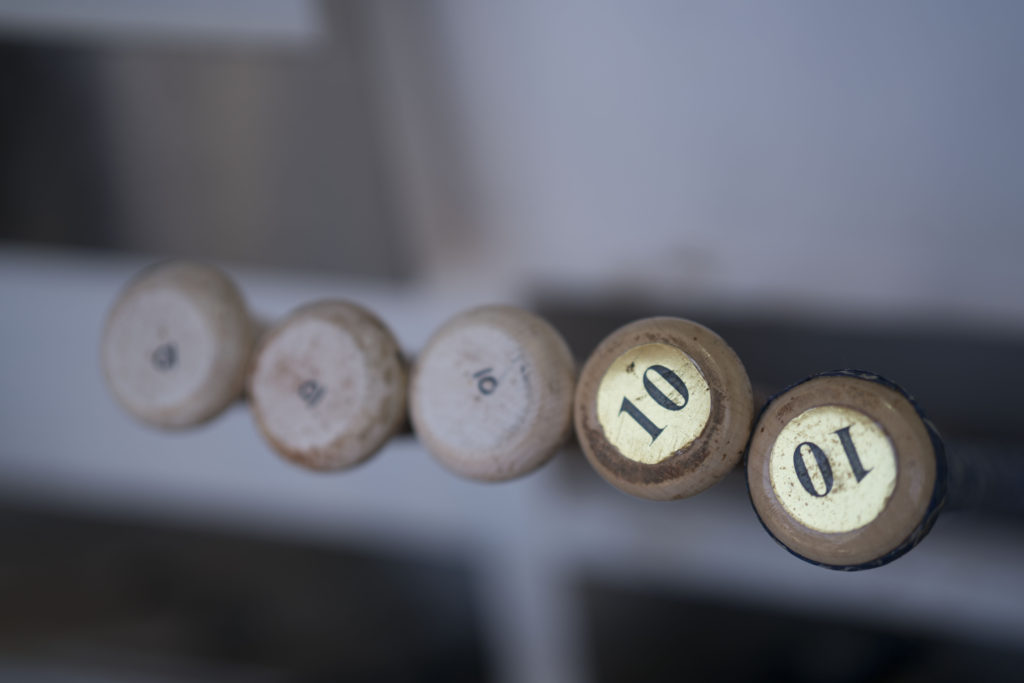 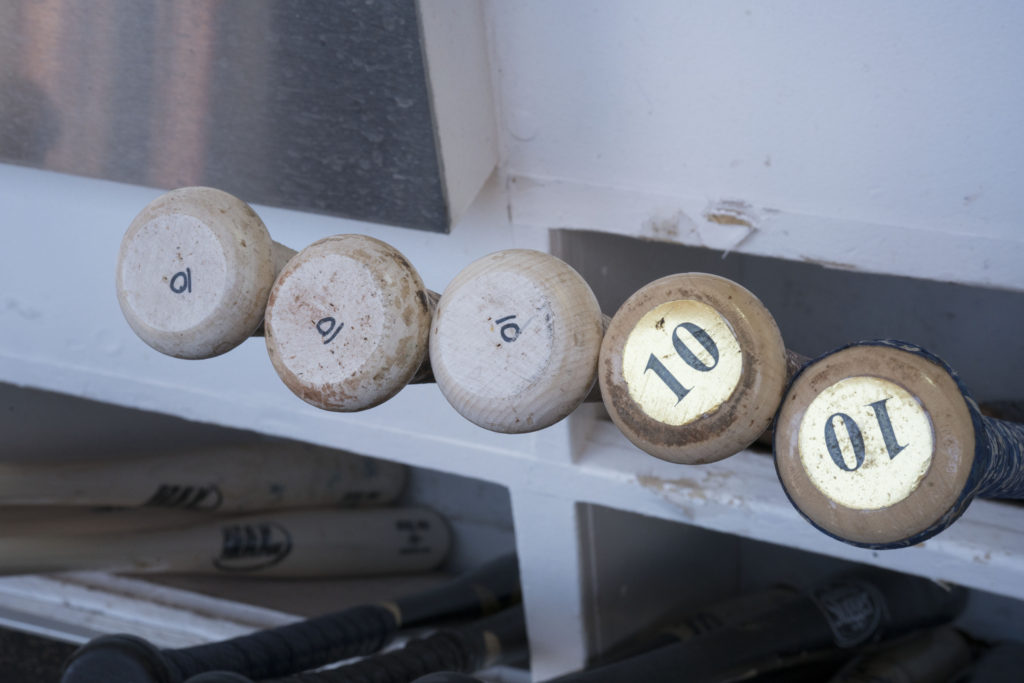 The only difference I notice, besides the depth of field of course, is minor vignetting on the wide open shot. As far as maintaining image quality is concerned, they’re pretty much equal.

This is incredibly impressive. It is very, very uncommon to find a lens that loses next to no quality when looking at sharpness from wide open to fully closed. Seeing the Zeiss 50mm do it is a thing of rare beauty.

For a further breakdown of how the lens changes based on aperture, below are a series of images taken across the aperture range. Please pardon me, I am not a portrait photographer. 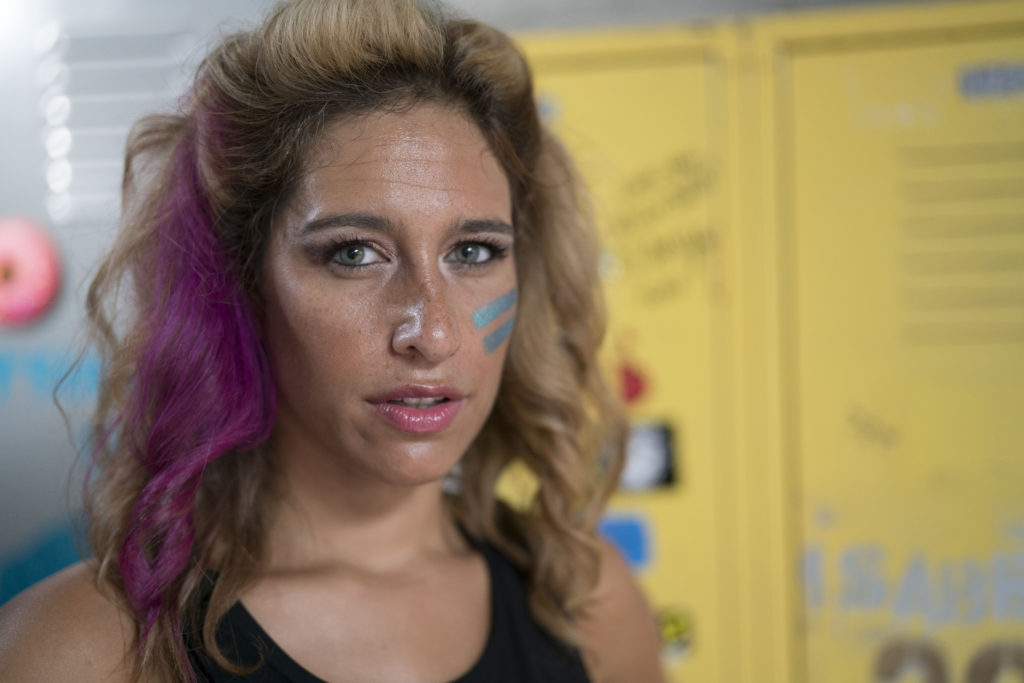 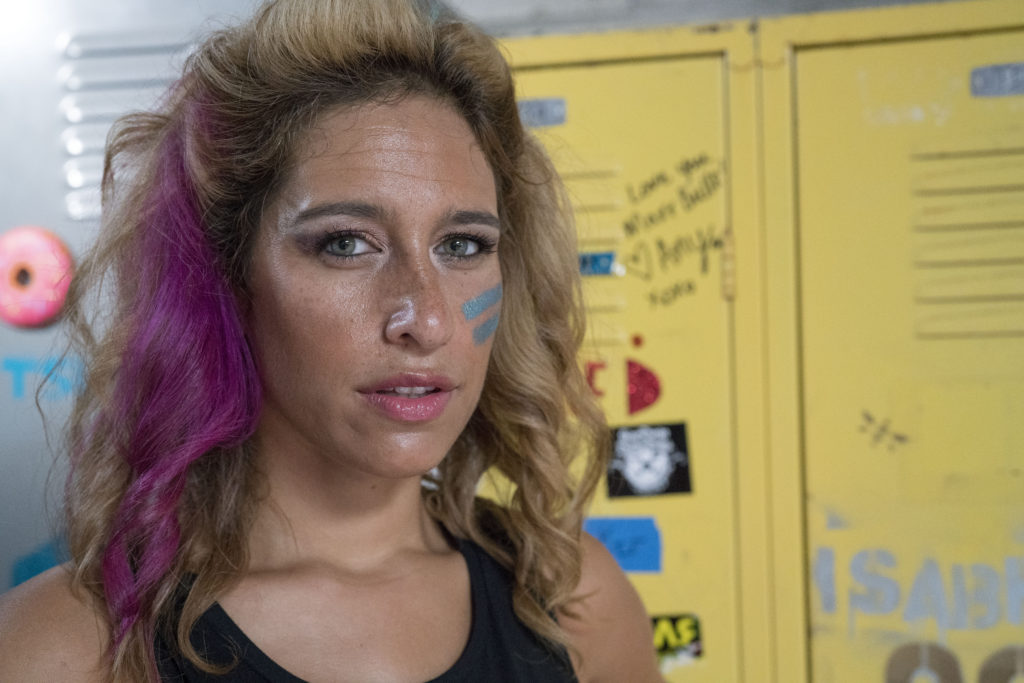 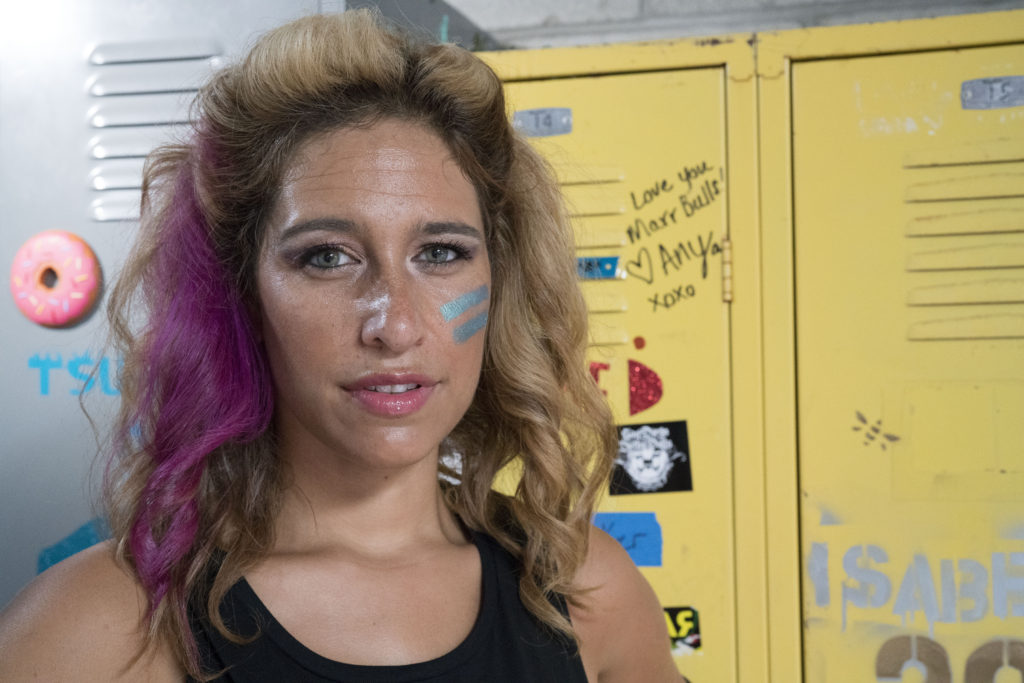 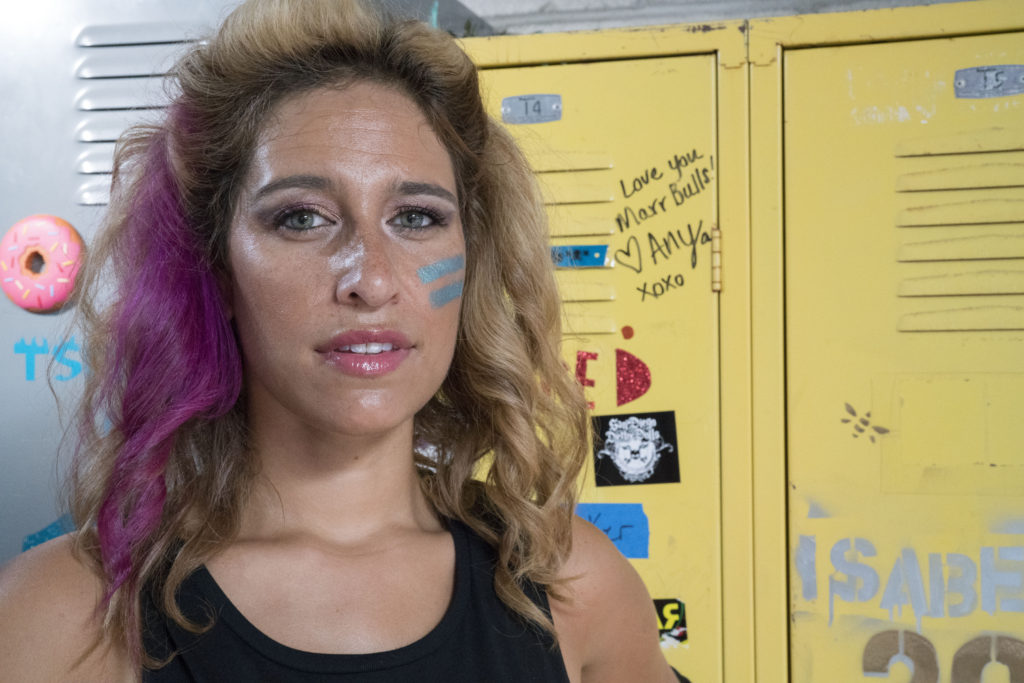 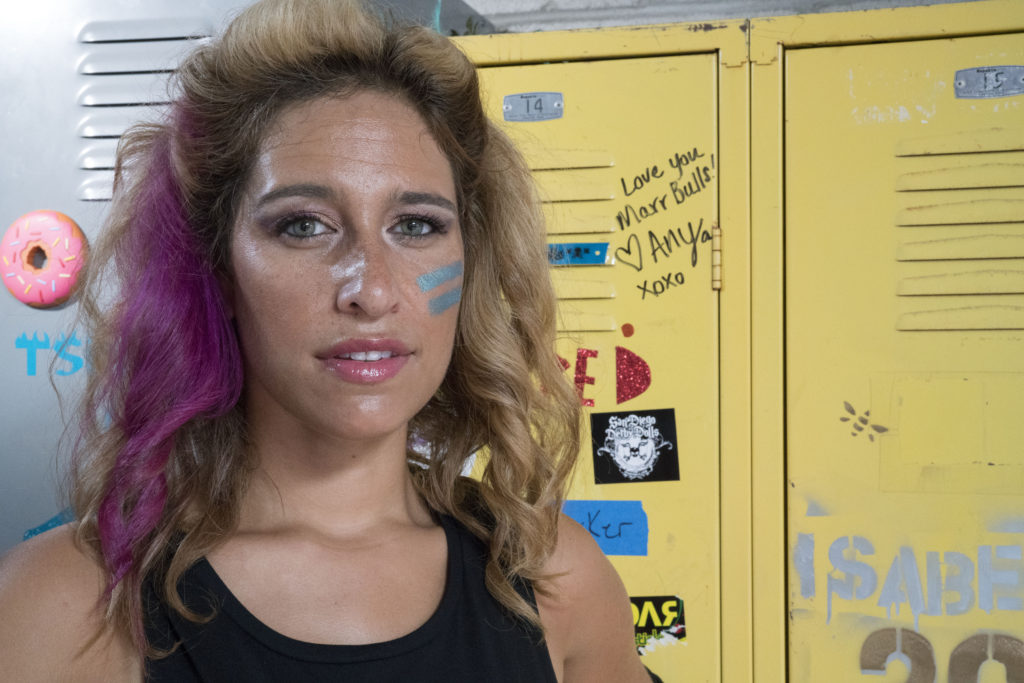 Looking at these images again as I write this, I am once again impressed. It’s an astoundingly consistent optic that manages to produce high-quality results no matter where in the aperture range it might find itself.

Autofocus speed and accuracy was less important to me with this focal length, but it still needs to perform. In stark contrast to my experiences with the 70-200mm G Master, I never really found myself using the 50mm in a place where I was missing any shots that I was after. My images were more deliberate, therefore my shooting process slower, and as a result the a7R II was better able to “play ball” with me than when I was trying to shoot action. The lens focused on what I needed it to focus on and did so quickly. I don’t recall any point where I fought with the lens or was unable to get the shot I wanted. When I shot with the 50mm, I wasn’t thinking about the gear… and that’s a good thing.

Usually at this point I write about aberration control, and I will: this lens is really, really good at controlling it. Though there can be the typical “fast lens” chromatic aberration that occurs wide open, it’s not rampant. The discoloration can occur at high contrast points, and in the image below you can see that along the white line we get a lateral discoloration from green to purple laterally from left to right. 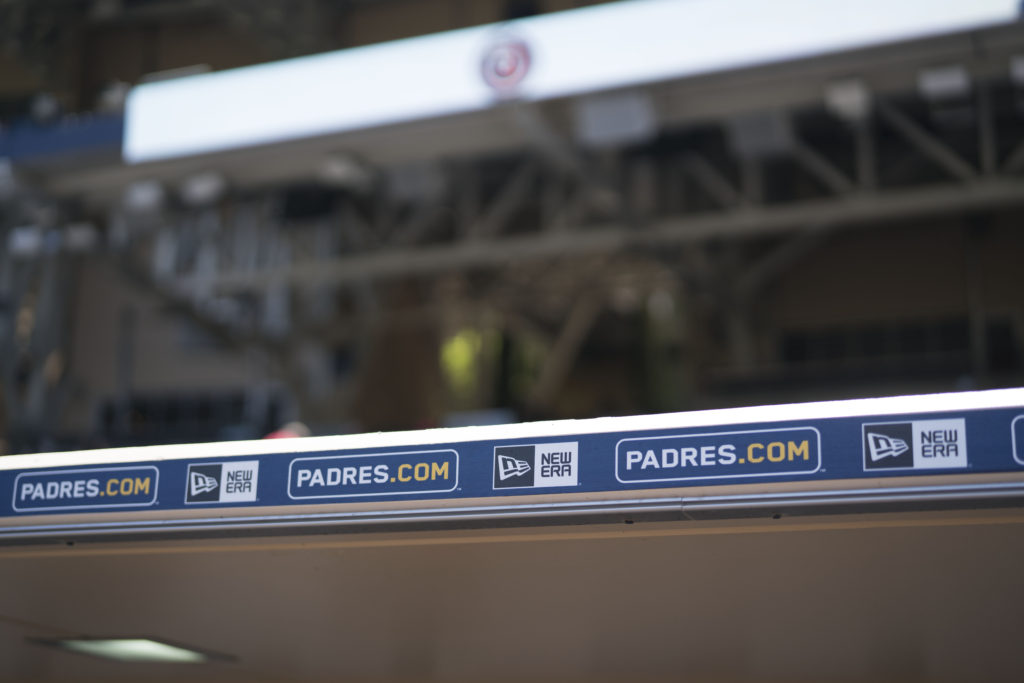 For a closer look, feel free to download this or any other image in this review and view it at 100% on your computer.

I don’t find this to be a big deal at all, and easily rectified, but it is worth noting.

There can also be some vignetting wide open, but this is easily cleaned up and in some cases, desired.

Looking at these images and then at the price… I think it’s more than a fair asking price for what you get. Native mount, high quality images, extremely consistent performance and an 11 bladed diaphragm that makes for highly sought-after bokeh for $1500 doesn’t sound like a bad deal at all. To that end, I find the pricing to be fair. Not asking too much, but it’s not a raging deal either. 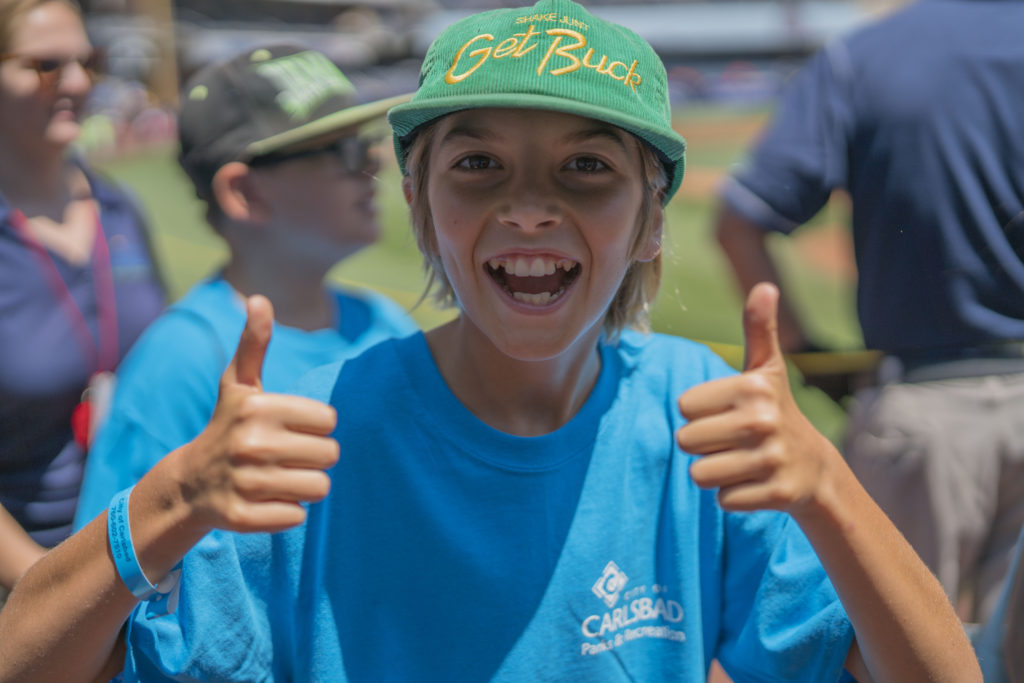 The Zeiss FA 50mm f/1.4 ZA is an astoundingly consistent lens with very few downsides. It’s priced higher than those used to, say, Sigma pricing, but for high-quality native optics it is a price I think many will find compelling enough to lean towards.