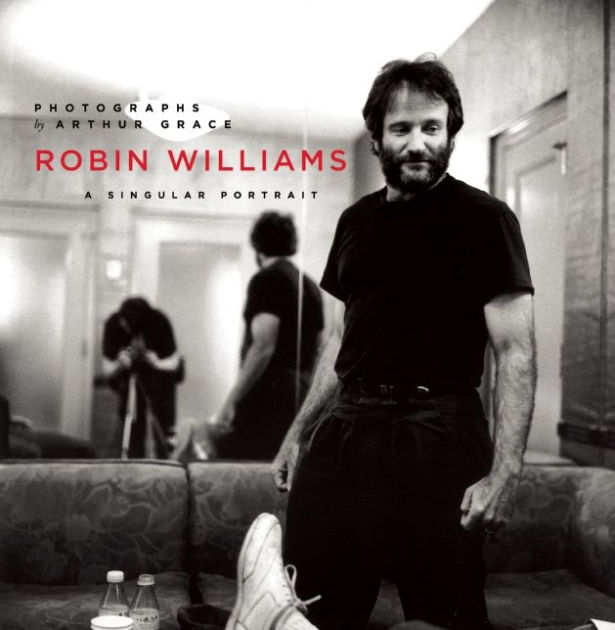 Some two years after the unfortunate passing of the legendary actor/comedian Robin Williams, photographer Arthur Grace feels ready to publish what he calls a “legacy book.” Published by Counterpoint Press, “Robin Williams: A Singular Portrait, 1986-2002” will contain 190 photographs of the famed entertainer’s most intimate moments, with many of them never previously published. In a talk with The Associated Press, the photographer explains how it came about

Grace and Williams met back in 1986, and became friends soon after. In between assignments, Grace stayed with the actor/comedian at his home, to shoot his family portraits and Christmas cards. He grew to experience Williams’s most private moments, and was allowed to shoot them.

“The entire time Robin and I worked together or knew each other, he never once said to me, ‘That’s enough, stop taking pictures.’ Or ‘No, you can’t shoot this or you can’t shoot that.’ It was amazing. Nothing was off-limits.”

Grace witnessed Williams close up, and felt paralyzed when he was rocked by his death. Six to eight months later, Grace realized he still had so many pictures, and that he couldn’t “sit on them.” So he began planning and selecting pictures for a book, which was an emotional process.

“All of a sudden, you remember he’s gone, you remember the times you had together, what this picture reminded you of. And that’s what continues to happen.”

[Go here to read more about Grace’s relationship with Robin Williams, including some words about the duo’s last encounter, and to read what Grace answers when people ask him “How did you happen to do this (book) now?”]