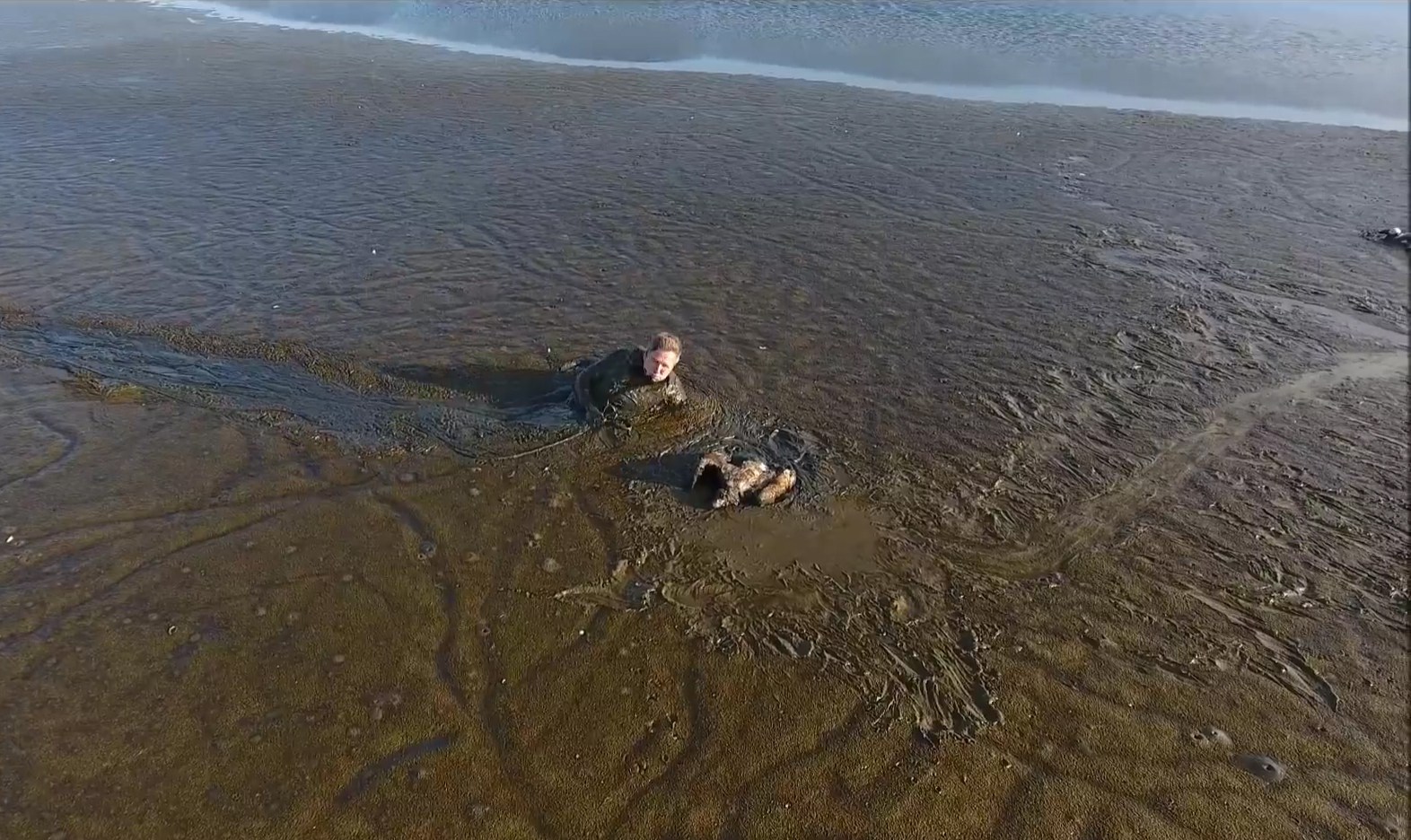 Nature photographer Krzysztof Chomicz made headlines in Poland last year, when the risked his own life to save that of an eagle – his lifelong photography passion. Speaking to Polish media, he said he “did not hesitate one second” to throw himself into the swamp when he saw the animal struggling. After just a few days of recovery, the massive bird was released back into freedom.

Turns out, it would not be the last time Krzysztof would be an eagle rescuing hero. Late last month, a similar event unfolded, when the photographer found himself in the Polish seaside city of ?winouj?cie. For the second time, he decided to put his life on the line for the species he so dearly adores. And this time, a drone was there to capture it all.

We can see how Krzysztof slowly drags himself through yards of mud, while attached with a cord to companions and firefighters behind him. When he reaches the stuck six-month-old white-tailed eagle, he first takes his time to get acquainted, before trying to dislodge it from the goo.  After the hardest 180 degree turn in history, the others try to drag him and the bird back to solid ground – a process that takes minutes.

But the duo does eventually make it back out of the mud, after which the bird gets a nice little shower and gets taken to a recovery center, where he’s named Icarus. Krzysztof Chomicz on his way to a trapped eagle in ?winouj?cie.
© iswinoujscie Dragging Krzysztof and Icarus back to solid ground.
© iswinoujscie