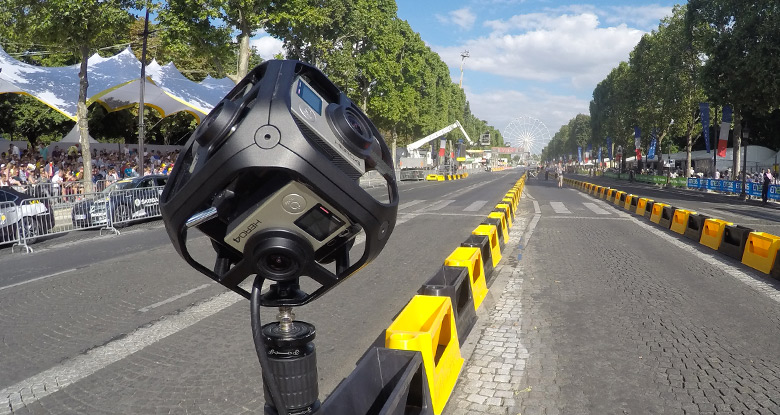 The much awaited GoPro Omni will begin shipping on August 17, as reported by the Verge and confirmed through GoPro’s website. The Omni looks like it has the best chance of being a mix of high quality footage and reasonable price point to attract a majority of studios interested in producing “VR” or 360-degree content. 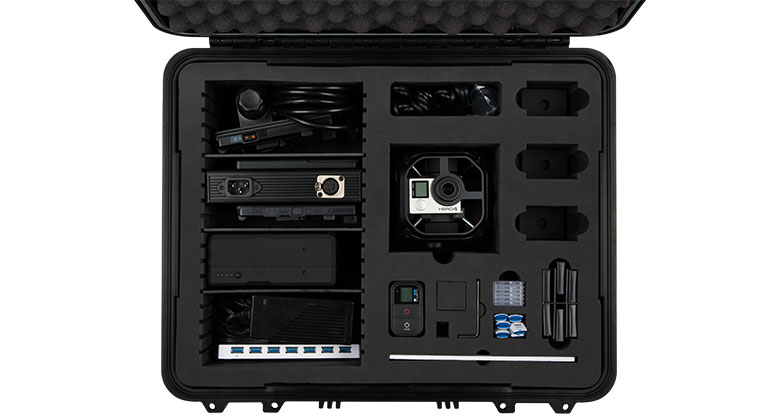 For a rather reasonable $5000, the rig includes  six Hero 4 Black cameras, the metal housing for the cameras, and all of the equipment and software needed to produce a finished 360-degree video.

After you import the footage from all the GoPros (which does require that you take out and download each microSD independently), the included software stitches the footage together with little work on your end.

The market is currently devoid of a 360-degree camera that doesn’t contain one or more of the following problems: awful quality, terrible interface, expensive price. GoPro is well positioned to knock out all three of these issues in one fell swoop.