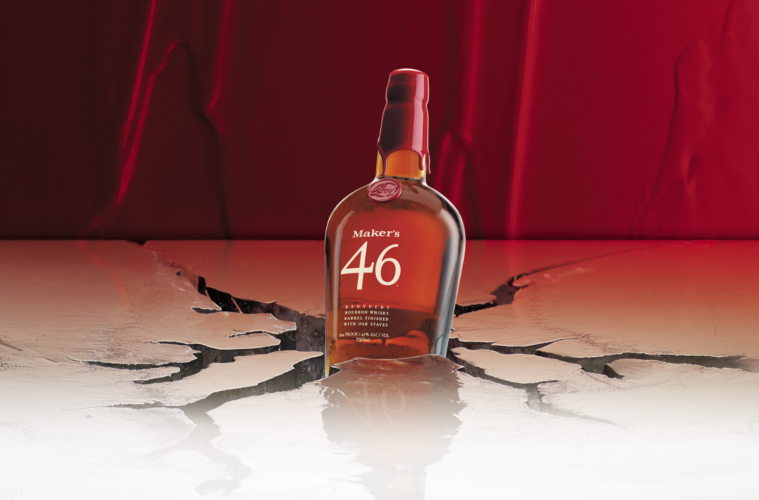 Adrian Mueller is a New York-based still life, liquids and food photographer known for his clean and concise aesthetic. By highlighting the simplicity of the objects or subjects he shoots, he creates an elegance aimed to draw viewers in visually while triggering other sensory elements such as taste and smell. He’s originally from Switzerland, and has spent the last 20 years in New York honing his craft, with an impressive client list that includes brands from Hersheys to Microsoft, a long list of agencies, and publications such as The Wall Street Journal and Martha Stewart Living.

We spent a day on set with Mueller as he shot a campaign for Maker’s 46, a bourbon whisky and companion to the Maker’s Mark brand, known for its bold vanilla, oak and caramel flavors.

The job dates back two years, when Mueller began working with a Kentucky-based agency as they neared the initial product launch of Maker’s 46. At the time of this video, it was a year after Mueller’s first job with the agency, and their goal was to create a continuation of the campaign and tie it all together into a series.

“We collaborated on an idea, which expanded on their concept of using the wax from the iconic Maker’s Mark seal as a main element in the shoot,” Mueller said. “So we put a bottle of Maker’s 46 into a huge block of ice that looks like a frozen lake with cracks in it—and the red element in the background is a continuation of the theme we had previously established, which ties everything together.”

Watch our behind the scenes video with Mueller, where he explains his collaborative creative process, lighting, and brings new meaning to “whisky on the rocks.”

You can also see the final result of Mueller’s Maker’s 46 series here.