You could say Joel Grimes’ photography career began during his first official art class in middle school. It “was nothing short of heaven,” he states on his website, and since then art has been the premise of his work, no matter if it’s a personal project, portrait session or commercial client. With an obsession for the process of creating, he draws influence from some of the greatest illusionist painters, yet he’s not one who just sees his work as art; he sees “art as life.”

For over 26 years, Grimes has worked for the world’s top advertising agencies, and in 2015 was inducted into the prestigious Canon Explorer of Light team. Most recently, though, he partnered with Westcott to design a new travel-friendly beauty dish, known as the Rapid Box, so we asked Grimes to reveal his secrets for using it to capture compelling one-light portraiture on location and in studio. Here’s what he had to say. 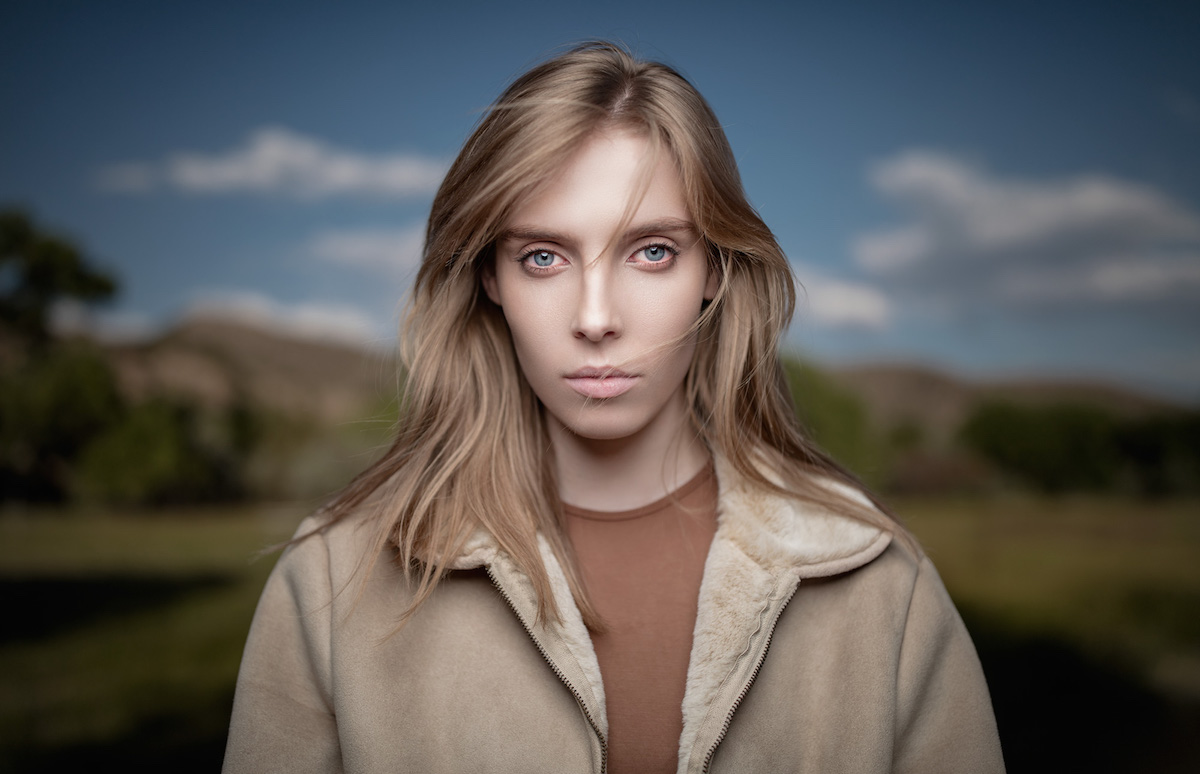 “Starting out with strobes and modifiers can really make your head spin,” says Grimes, and he’s right—there’s square boxes, rectangle boxes, umbrellas, continuous hot lights, the list goes on. Even today, Grimes admits that he struggles to keep up with the terminology, such clamshell or butterfly lighting. But as a seasoned educator, he’s come up with some ways to break it down into a simple and effective practice.

First off, Grimes explains that the work of Renaissance painters is what inspired him to initially start with strobe lighting—he sought to emanate the cross-lighting look of Rembrandt paintings, and to build drama using classic side lighting. And it wasn’t until about 10 years ago that he decided to expand his techniques.

“If I was to break down lighting as simply as possible, I’d say the most flattering light on a subject comes from top down or cross-light,” says Grimes. “Specifically, light falling from top to bottom with the sky is gorgeous. So what I try to emulate is that top down light, since all that light is coming straight down over the face.” 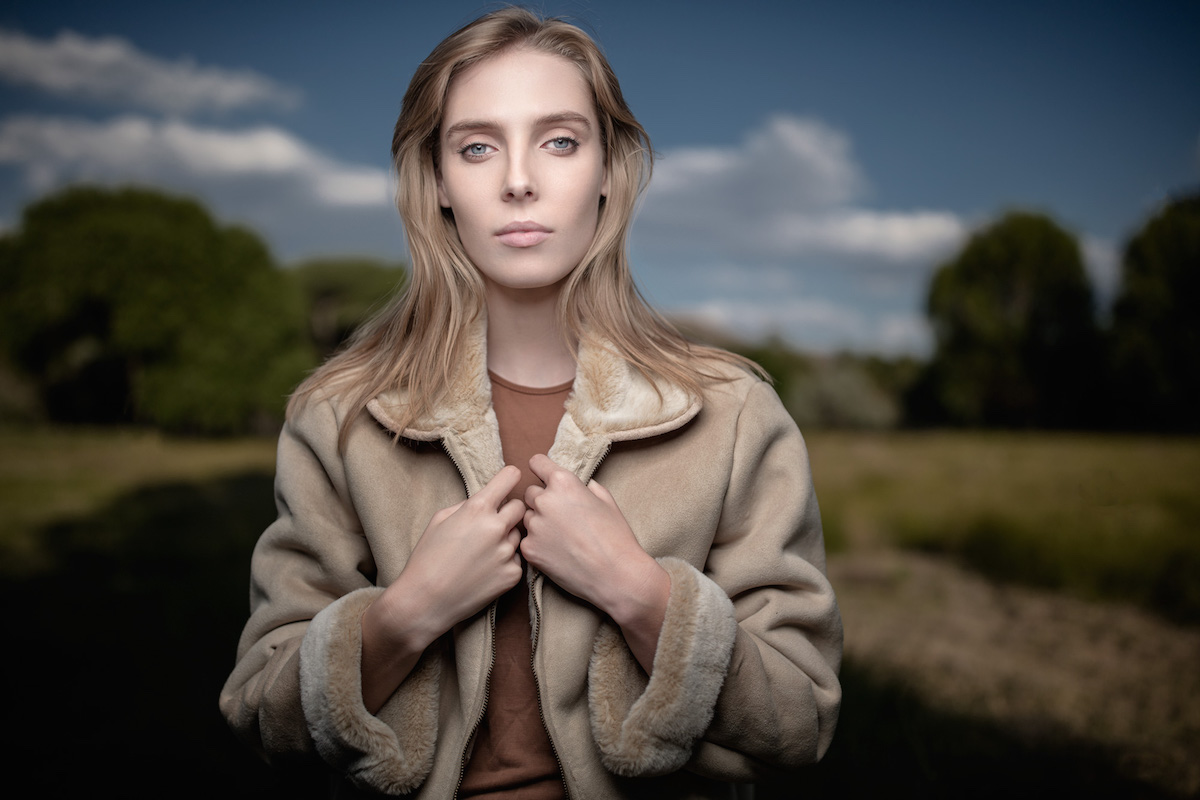 Grimes adds that when starting out with lighting, it’s commonplace to attempt to emanate the natural light around us, yet that’s not always in good practice.

“Our eyes can see detail in shadow and highlight, but when it comes to film or a camera sensor, there are limitations that happen,” says Grimes. “The odds are that the natural light falling on my face right now isn’t very attractive—it’s not going to put me in my best light. But if I move around the room I could probably find better options. As a photographer, the goal is to find the best light for your subject, which takes time and practice.”

So let’s move on to some simple and dirty lighting tips for using a single strobe with a 24-inch beauty dish modifier. 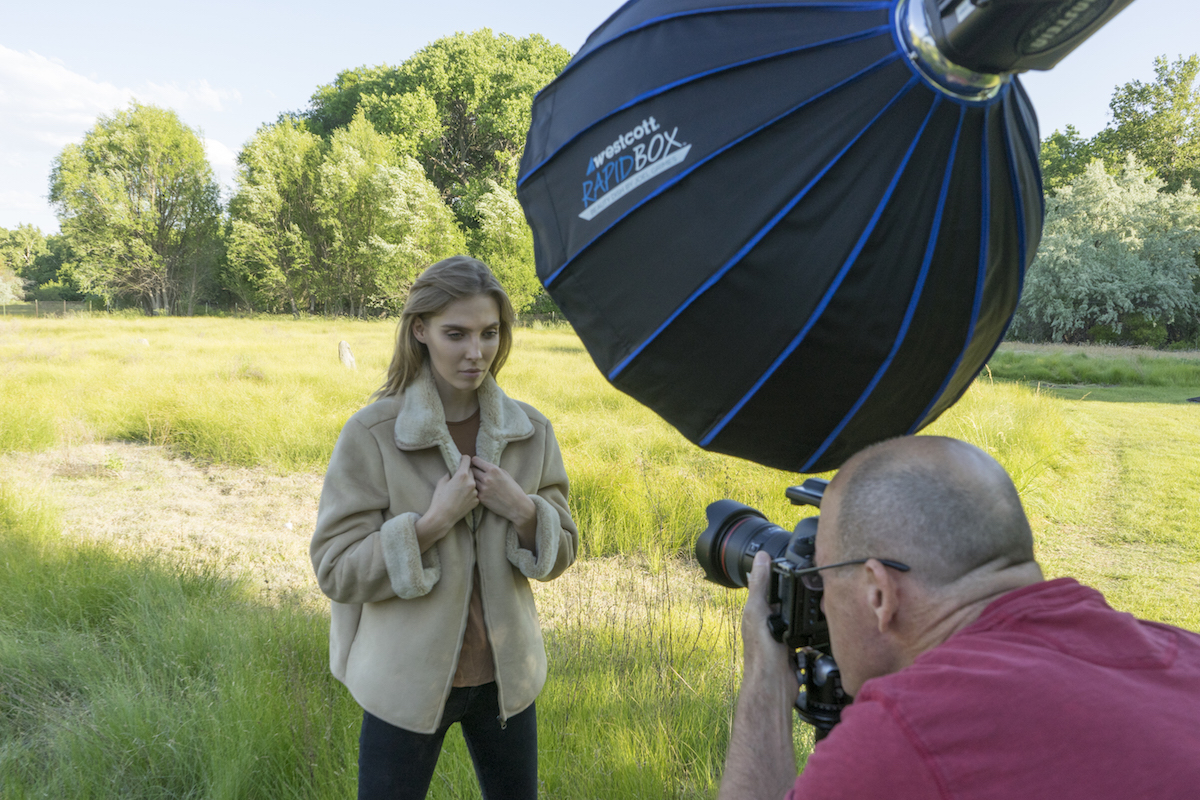 According to Grimes, one of the most important components of lighting is the distance between the light source in relation to the subject. As a general rule, he explains that when working with modifiers, the closer it is to the subject the softer the light, and the further it is the harsher the light. In addition, the bigger the modifier in relation to the subject, the softer the light becomes and vice-versa. With that in mind, it’s an excellent way to begin experimenting, and one of the first things Grimes demonstrates to newcomers in his workshops.

“When I teach workshops, I say, ‘watch what happens when I drop this back 10 feet,’ and some people say, ‘I really like that,’ while others will say, ‘it’s too harsh,’” says Grimes. “It’s all about getting to the point where you enjoy that feedback as an artist. A modifier is a tool, and that tool helps you get to where you want to be as an artist or for a client.” 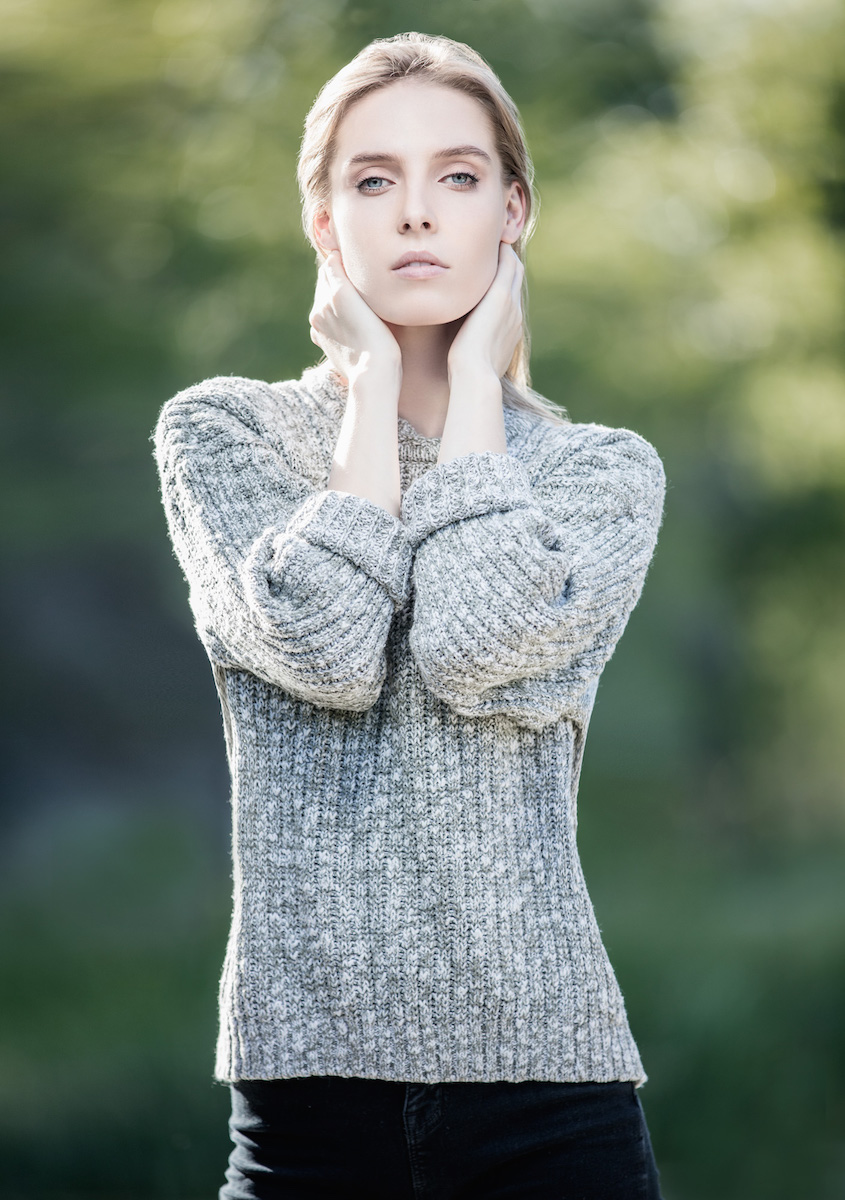 If you look to magazines such as Vogue or Cosmopolitan, for example, the lighting is fairly sharp and edgy. This is because the light is backed up from the subject, which can be gauged by watching where the shadow falls from over the top of the camera.

“I have a sweet spot where I think the light looks best to me. Depending on the scenario, let’s say a beauty headshot, I’ll take the diameter of my light source—in this case 24 inches—and bring it 24 inches from my subject,” says Grimes. “Then I’ll put a fill card underneath my beauty so it bounces the light back in and softens it, filling in the shadow below the nose and chin. And in a closed environment, a 24-inch modifier with a fill card is always gorgeous light.” 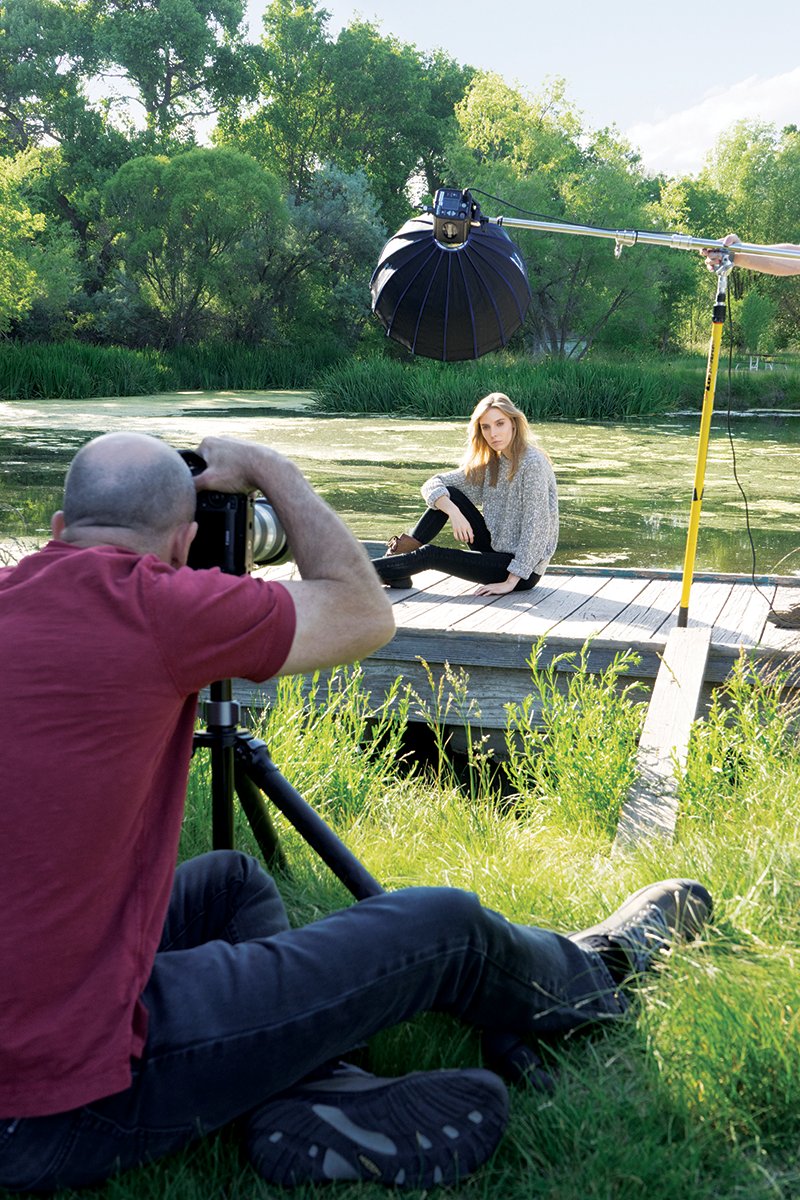 A crucial part of lighting is not only being able to create high quality light, but knowing how to replicate your look or style in any setting or location. This, however, can be challenging, given the ever-changing brightness and position of the sun—or ambient light—as well as the environment you’re shooting in. For example, white sand could reflect light while black asphalt could dampen it.

“If we take the 24-inch beauty dish outdoors, I’ve discovered that I can create the same quality of light on my subject as I would in a studio, except I have all of this ambient light coming back into my scene,” says Grimes. “The more ambient light I have coming into my scene, the softer gets, but if I drag the shutter for too long, then my strobe has no input and doesn’t show up. So there’s a fine line in balancing your ambient and strobe light outputs.” 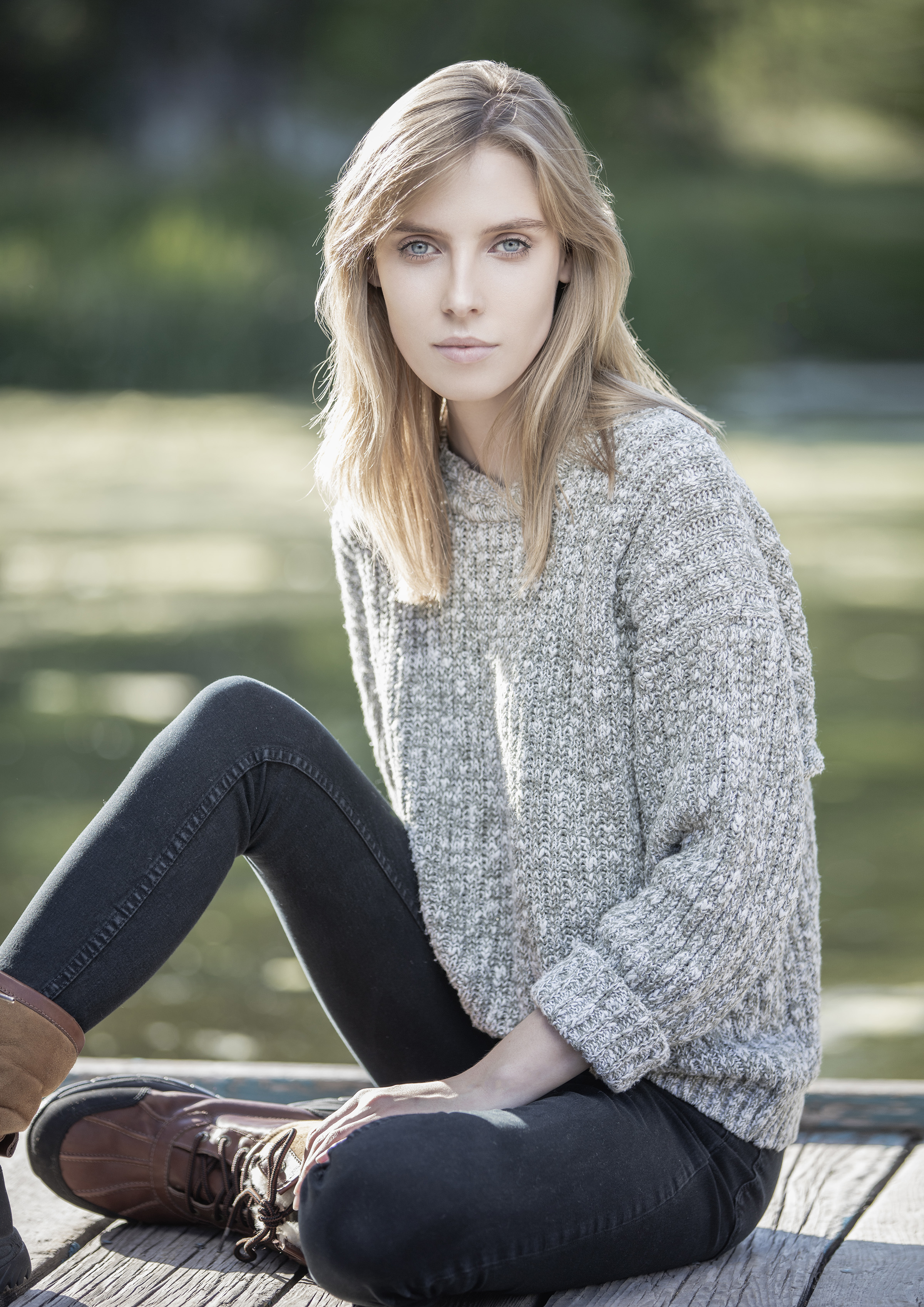 To do so, Grimes suggests utilizing the ambient light before bringing in your strobe. “If I swing my subject so that the sun, or a bright source of light like a window, hits the hair or the shoulder creating an edge light, that’s when I’ll implement my beauty dish technique—24 inches from my subject, depending on how soft or harsh you’re aiming for,” says Grimes. “On one side you have light falling on the subject, and it’s shadowed a bit so the overhead light has a greater influence. And the sun is then causing a glow or edge to the subjects shoulders, which creates a sense of depth.”

He adds: “If the sun is raking across my subject’s face, then yes, the beauty dish can fill it in, but then I’m competing with the sun. But if I position my subject so the sun’s not hitting the face, then the beauty dish above my camera acts as light coming down from the sky and fills it in beautifully and softly, which is how I approach that lighting technique in the field.” 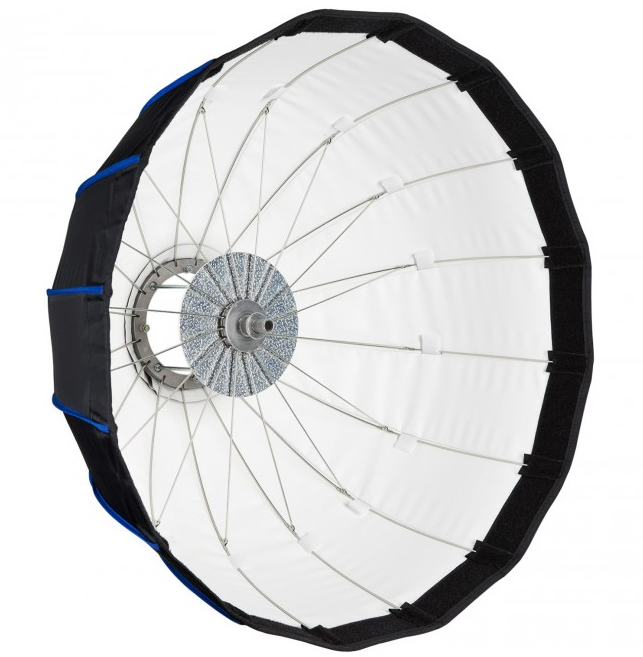