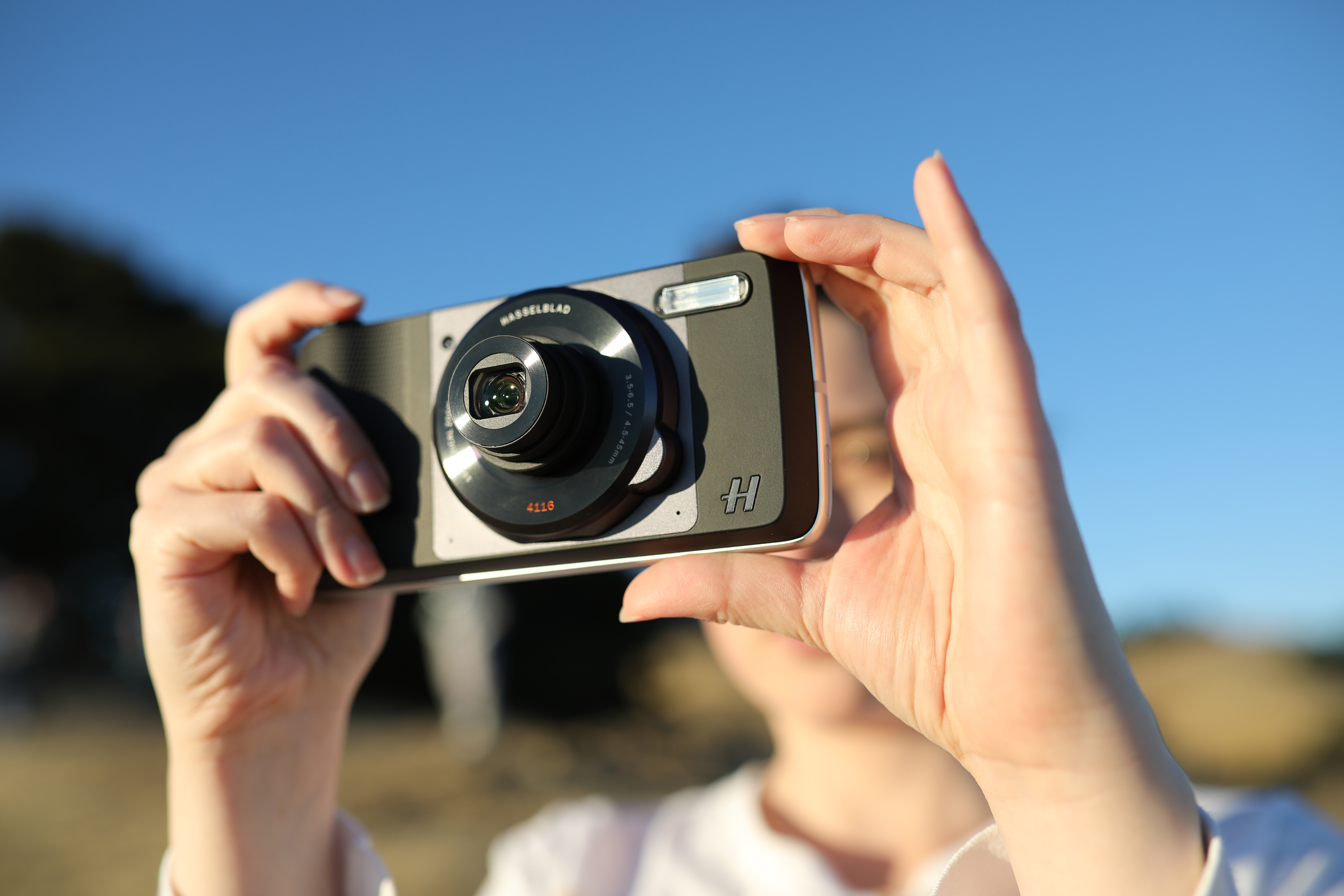 Hasselblad has officially entered the smartphone/point and shoot market with the introduction of the $250 True Zoom camera. This camera is built specifically for Motorola phones that accept Moto Mods, or additionally featured attachments that can swap on and off specific phones (such as the Motorola Z Play and Z Force). The True Zoom features a 12 megapixel 1/2.3 inch sensor with ISO up to 3200, a super-bright Xenon flash and 10x optical zoom with optical image stabilization. In hand, it feels like the nicest phone camera I’ve ever held, and even outmatches some dedicated point and shoots I’ve tested in the past in that regard. 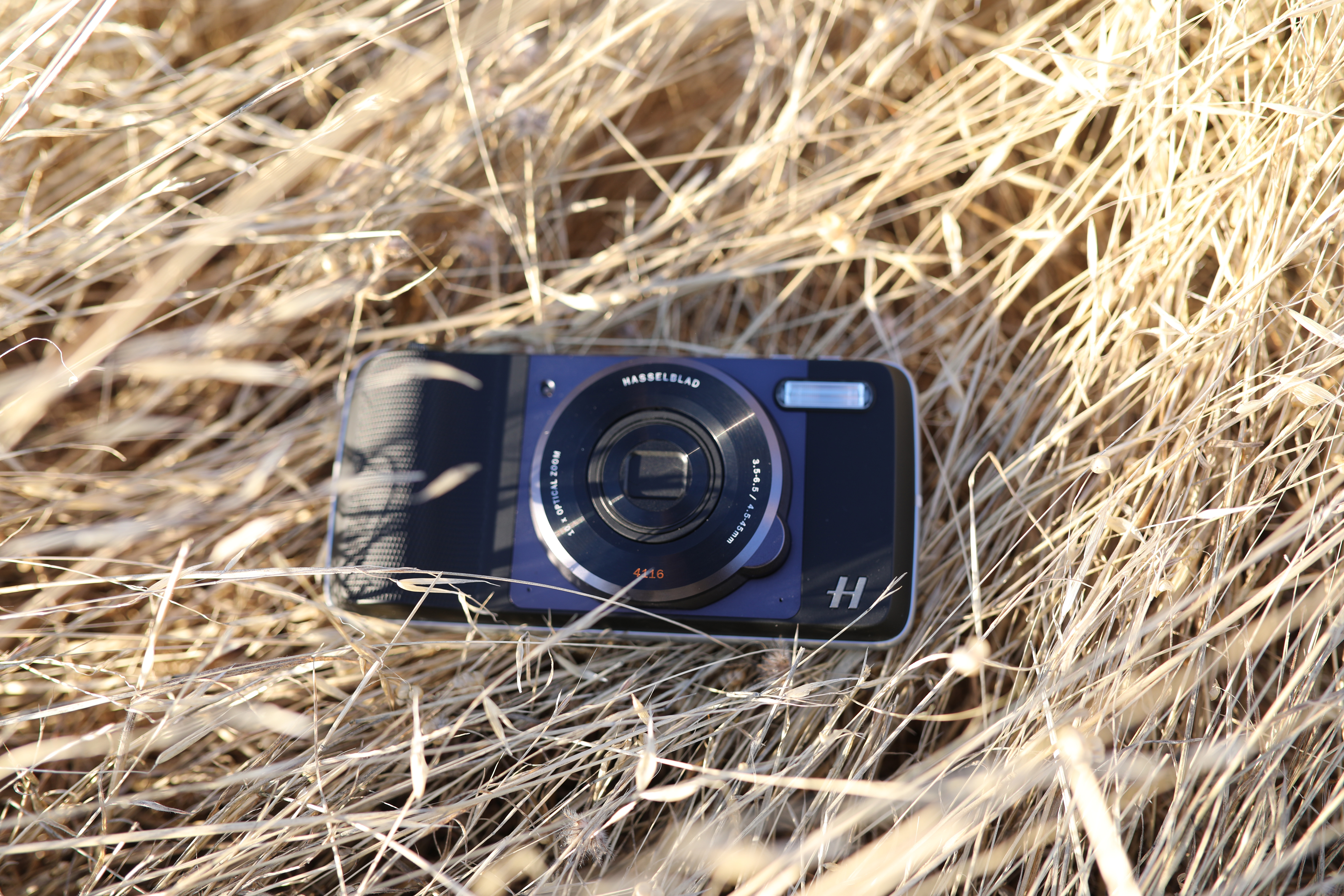 The mod weighs in at a relatively light 145 grams, but it is noticeable, especially on the Moto Z Play which isn’t the lightest phone on the market. It does feature two microphones, but unfortunately you’re held at the relatively bare-bones video recording resolution of 1080p30, with no other options. That is to say, it’s not a great video camera with a lack of features, and video clips don’t look particularly stunning either. Suffice it to say, focus on the photo features with this one. 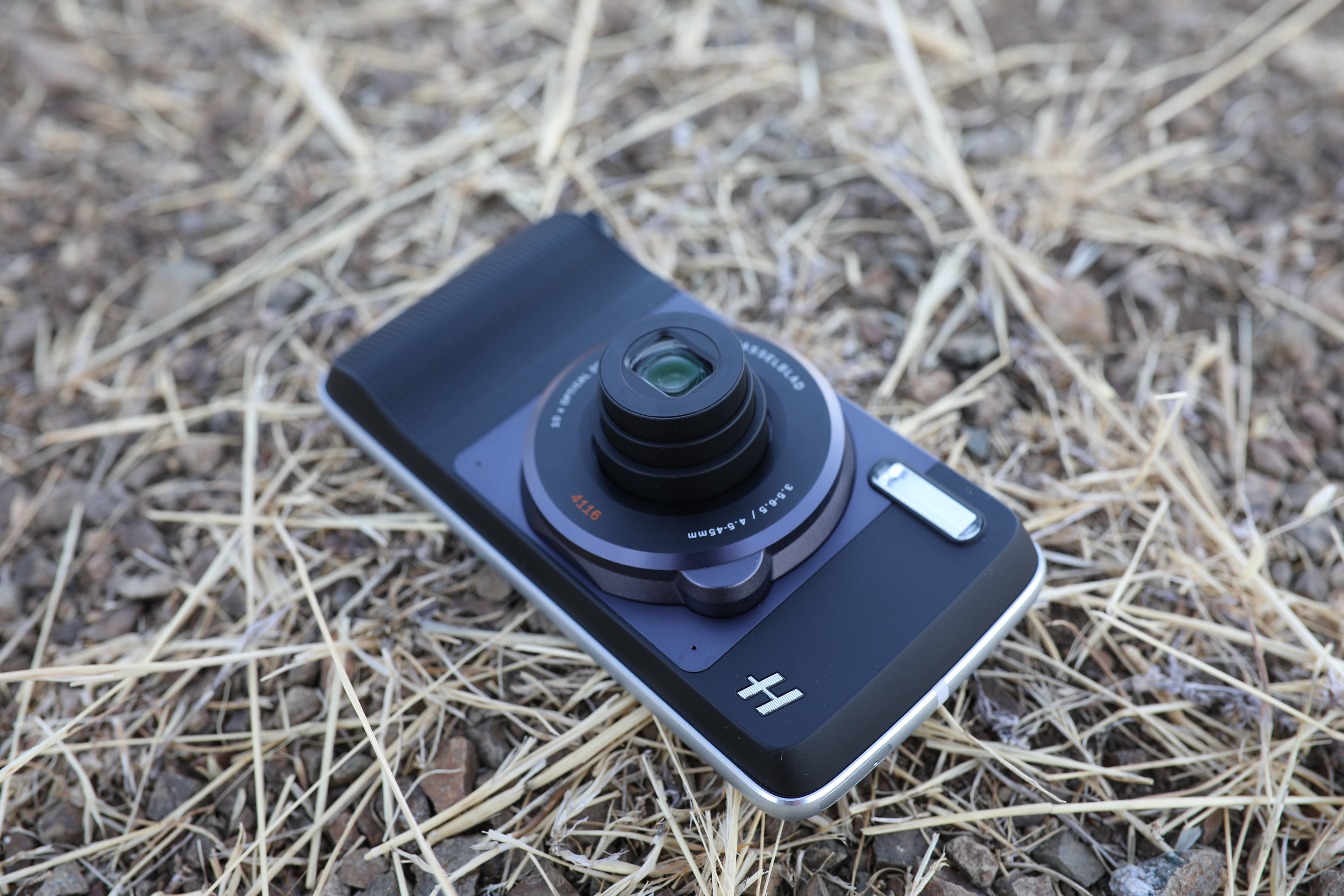 The lens is a 10 times optical zoom, which is a 25-250mm equivalent to a 35mm full frame sensor. That zoom range is rather incredible, and surprising given the small package. When fully zoomed to 250mm, you’re going to expect some shake, so it’s good to see that the True Zoom features optical image stabilization in photo, and electronic image stabilization in video. 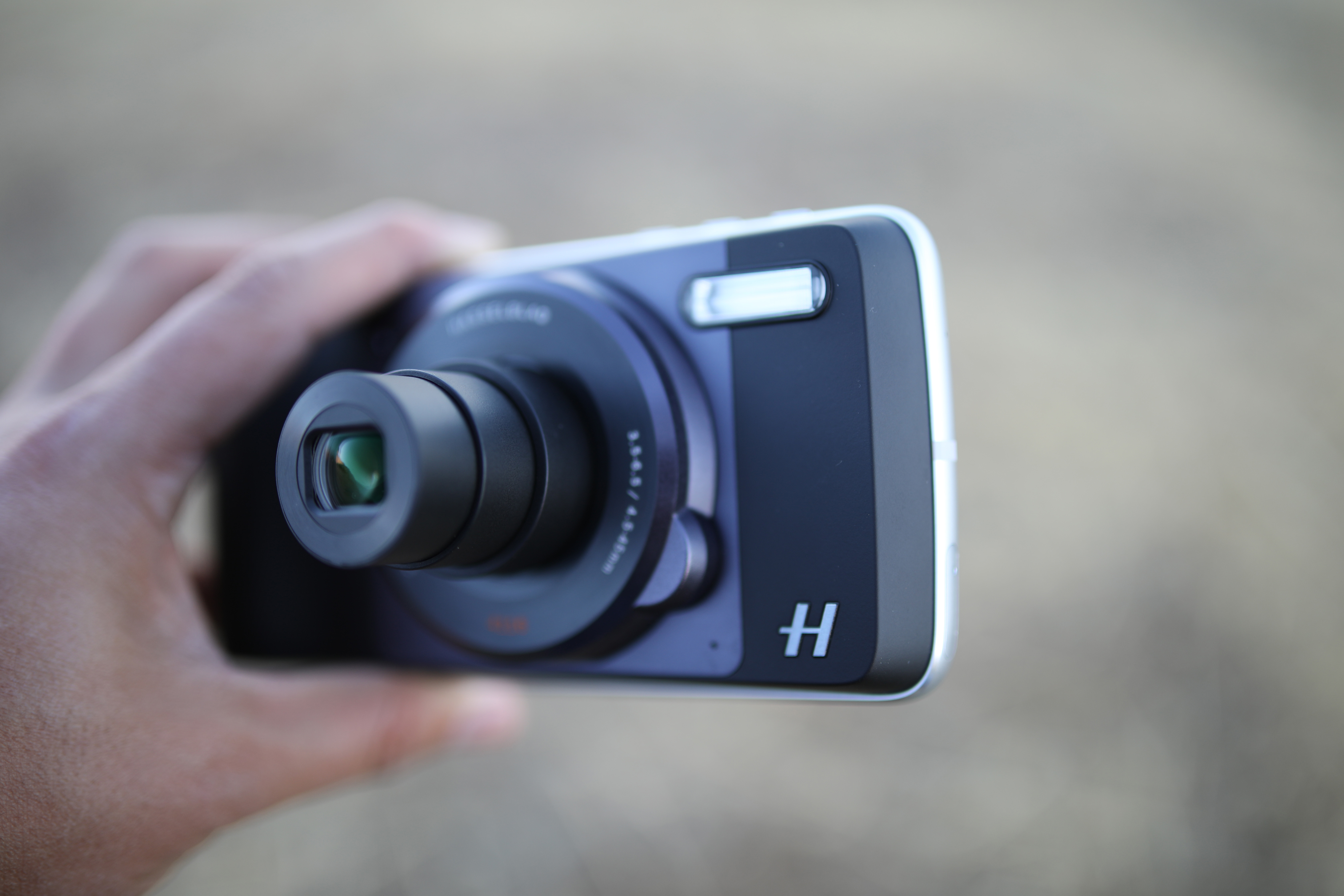 The lens has a variable aperture of 3.5-6.5 based on focal length, but this isn’t independently controllable via the camera app. Perhaps that will be opened up at a later time, or a third party app (which the True Zoom is designed to support) might give the shooter access to those options.

There are multiple capture modes that can be set to function with the light meter, such as Auto, Sports, Night portrait, backlight portrait, night landscape and landscape, but all the specifics can be individually toggled from a manual shooting mode. Even focus, which is autofocus by default controlled either from the screen or a half press on the True Zoom physical shutter button, can be manually controlled from that menu.

The True Zoom also offers three photo types: color JPEG, black and white JPEG, and JPEG + RAW. When the True Zoom is released, anyone who buys it will also get Hasselblad’s RAW processing software, Phocus, for free. So that’s kind of nice for those who don’t have access to Photoshop or Lightroom. All RAW files are saved as a DNG. 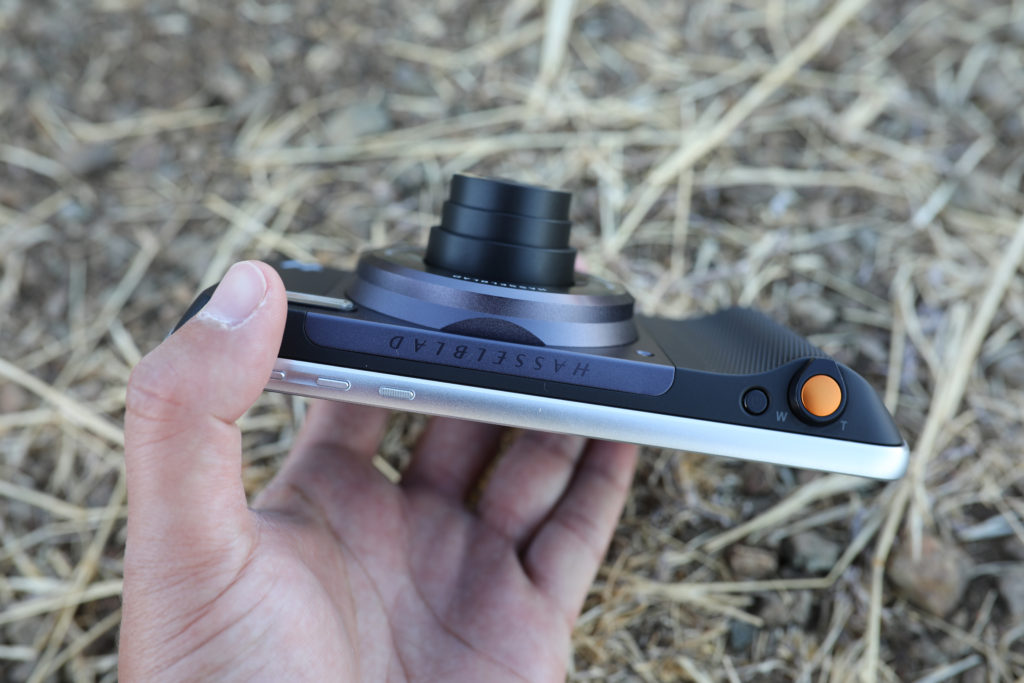 The battery life is dependent on the phone, as the Hasselblad True Zoom does not have a dedicated battery. That said, it didn’t appear to use much power, and shooting with the True Zoom for a couple hours didn’t seem to deplete the battery much, taking me only down to 72%. However, I imagine if you were using the phone extensively during this time, that battery life would dwindle much faster.

Though the phone can come with an internal storage of between 23 and 64GB with microSD expansion available up to 2 terabytes, photos taken with the True Zoom can be saved to Google Photos, which offers unlimited photo storage in the cloud, with no expiration that doesn’t rely on the phone.

So how does it handle?

The True Zoom feels really good to use, but I can imagine those with larger hands might find the grip to be a bit small. I greatly appreciated the physical shutter button and zoom toggle, and the fact that the camera can be instantly accessed by hitting a power button near the shutter is great. That button bypasses the phone’s lock, and lets you shoot for as long as you like. You still need to unlock the phone to access photos taken before that session (as well as the actual phone), but it’s good that the Moto Mod doesn’t require a thumbprint or passcode every time you want to take a picture. Photos don’t often wait around, and accessing the camera is fast and easy. 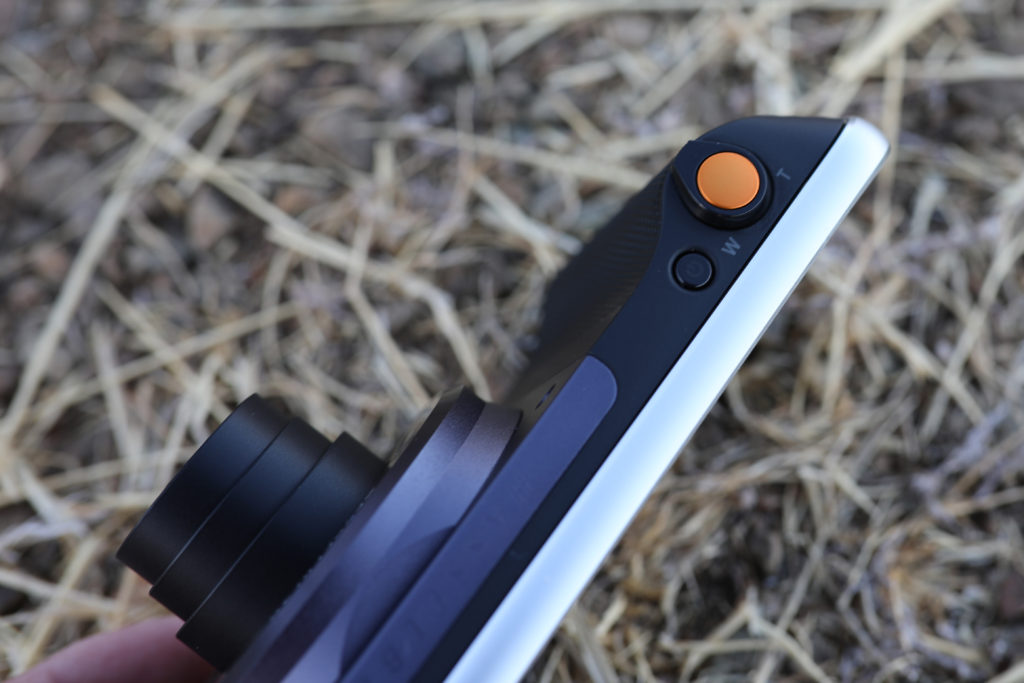 The autofocus is pretty fast, about what I have come to expect from a typical point and shoot from just about any company who makes one. It will hunt at times as it tries to find a subject, but nothing beyond what is considered normal. Also note that the True Zoom does not have a particularly good close focusing distance, so it is by no means a macro camera.

One weird, somewhat annoying habit that the True Zoom has is that it doesn’t seem to remember any settings you input into the camera app between shooting sessions. So if you choose to shoot in RAW, put the camera away for a moment and then take it back out, don’t expect it to remember you had it in RAW. Everything will return to auto, and you have to reset the camera to your desired settings. This is a let down, as that process takes time. I just want to shoot, and forcing me to adjust the camera every time is unfortunate.

I did notice that on occasion, the True Zoom would ignore zoom commands shortly after capturing a photo, seeming to get caught up in itself as it processed. It’s entirely possible that is due to the beta photo app I am running as part of the testing environment, but if not, the lag I experienced often lasted four to six seconds, which is rather unacceptable for someone taking photos of events that will never again transpire (think of a mom photographing her children playing soccer). That aside, it was the only glitch I noticed while shooting, and the rest of the experience remained rather fluid.

So let’s break down the most important part of any camera: the image quality.

Firstly, I have to say I am a bit disappointed in the 12 megapixels. The built-in camera of the Motorola Z Force, which will accept this Hasselblad Moto Mod, has 21 megapixels. I would expect those numbers to be reversed. 12 is fine, but is kind of “typical” for cell phones, and raises my expectation for the performance of those pixels.

Take a look at this ISO test, taken at the widest aperture in a very well lit space: 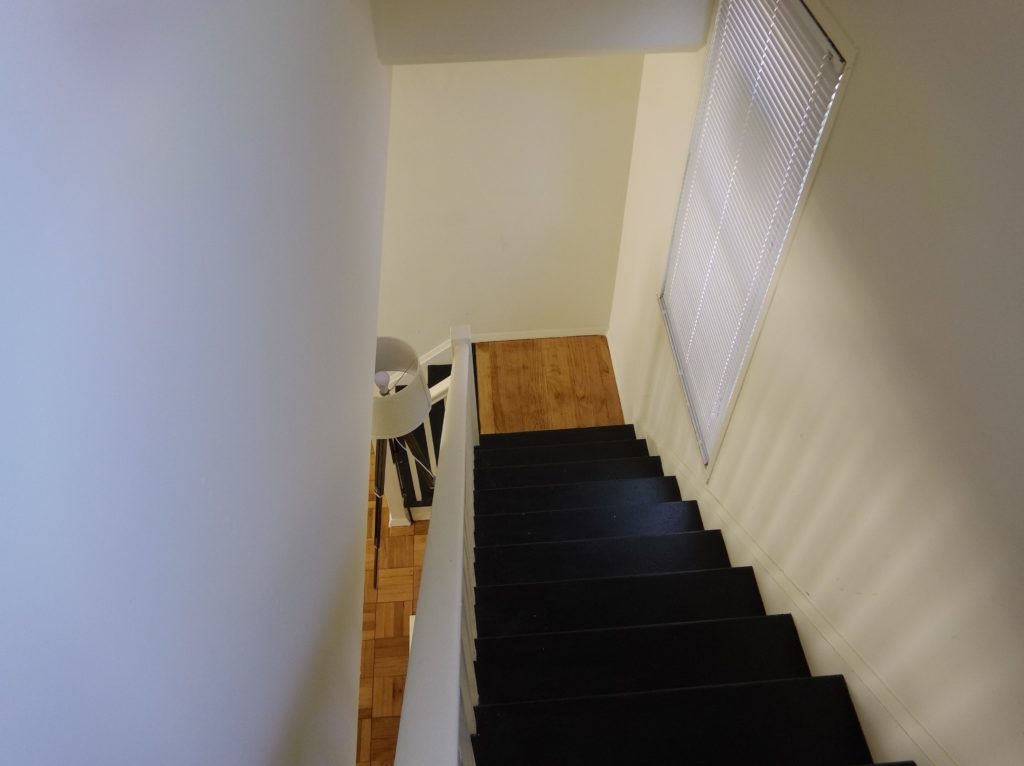 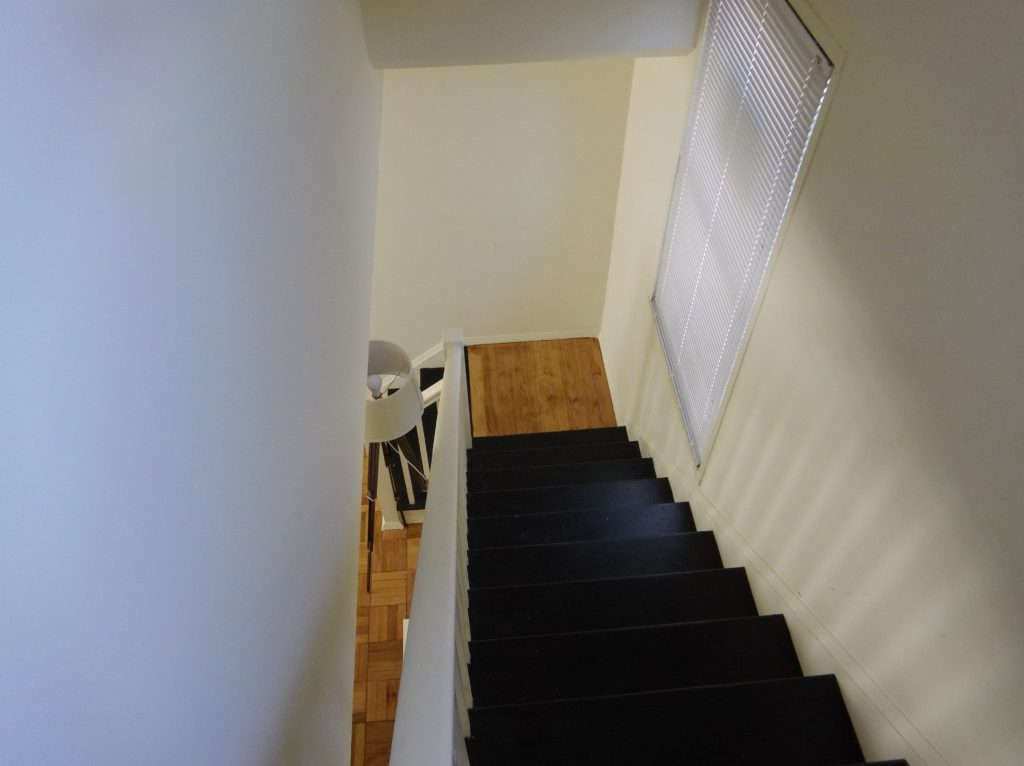 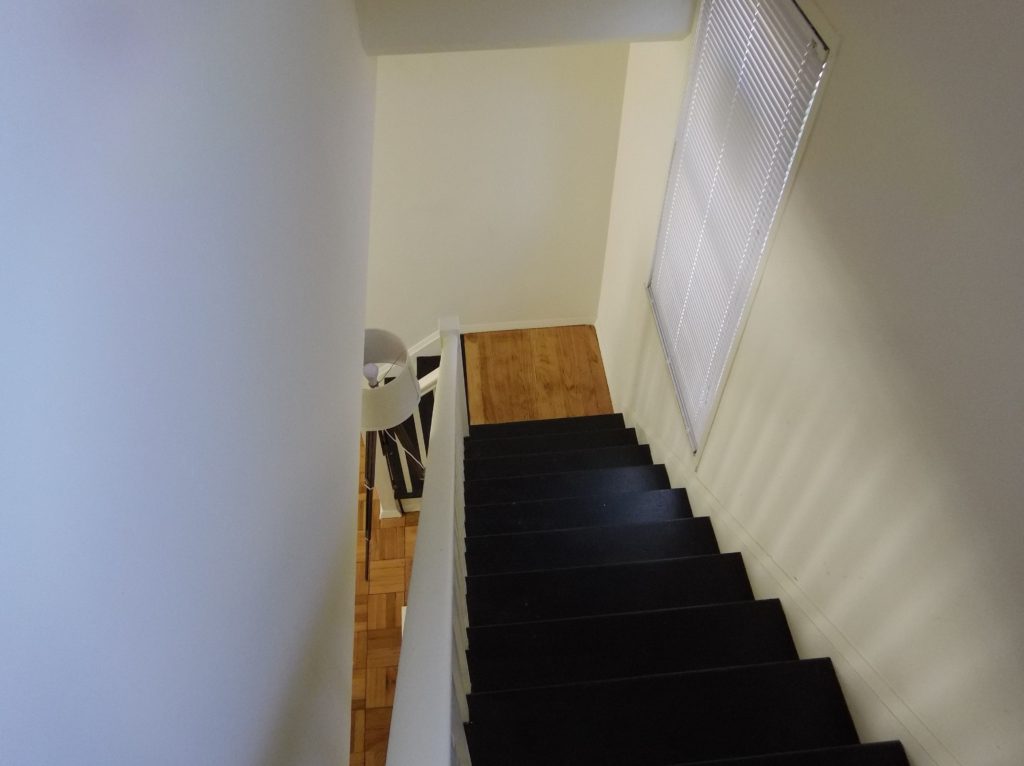 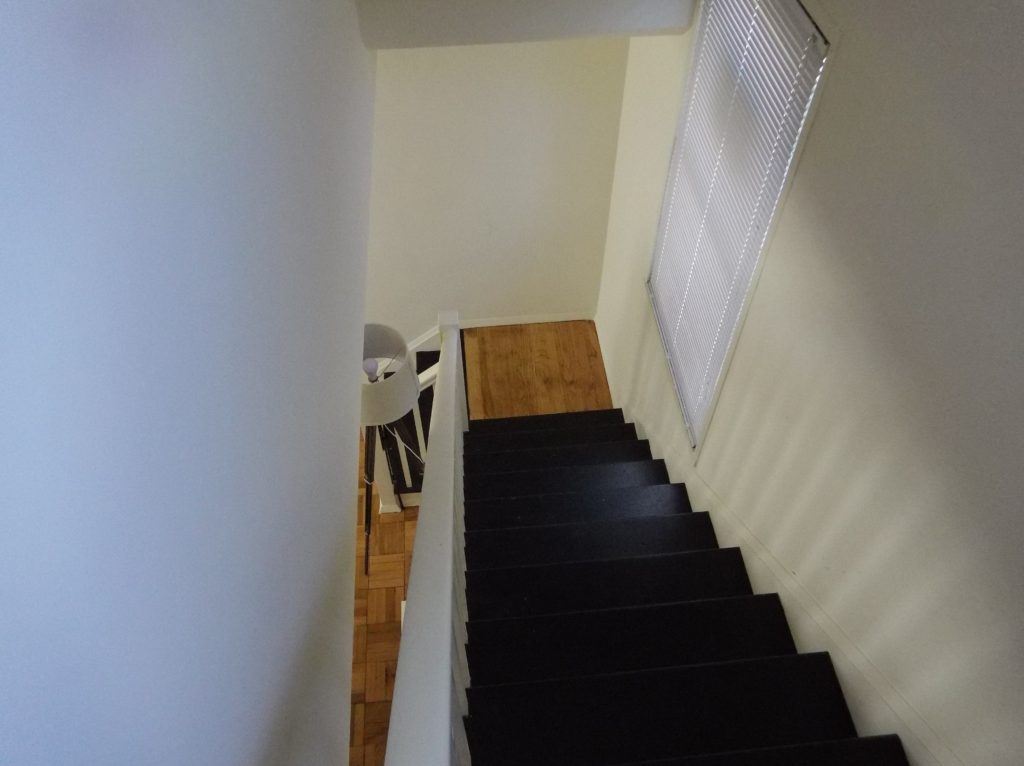 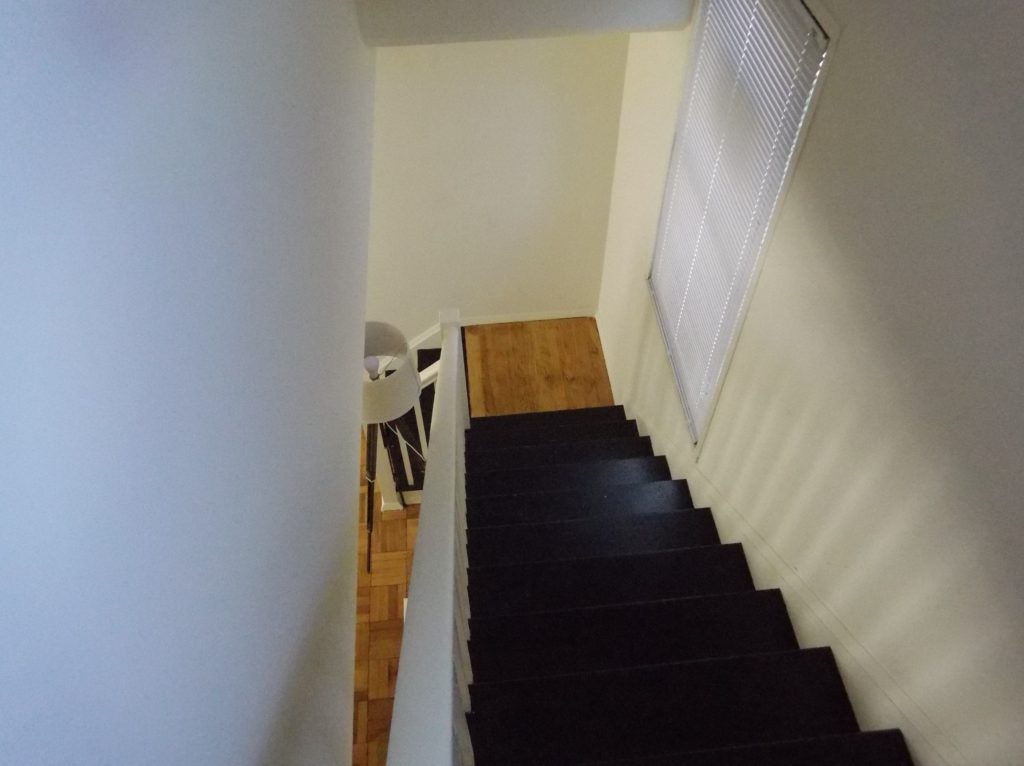 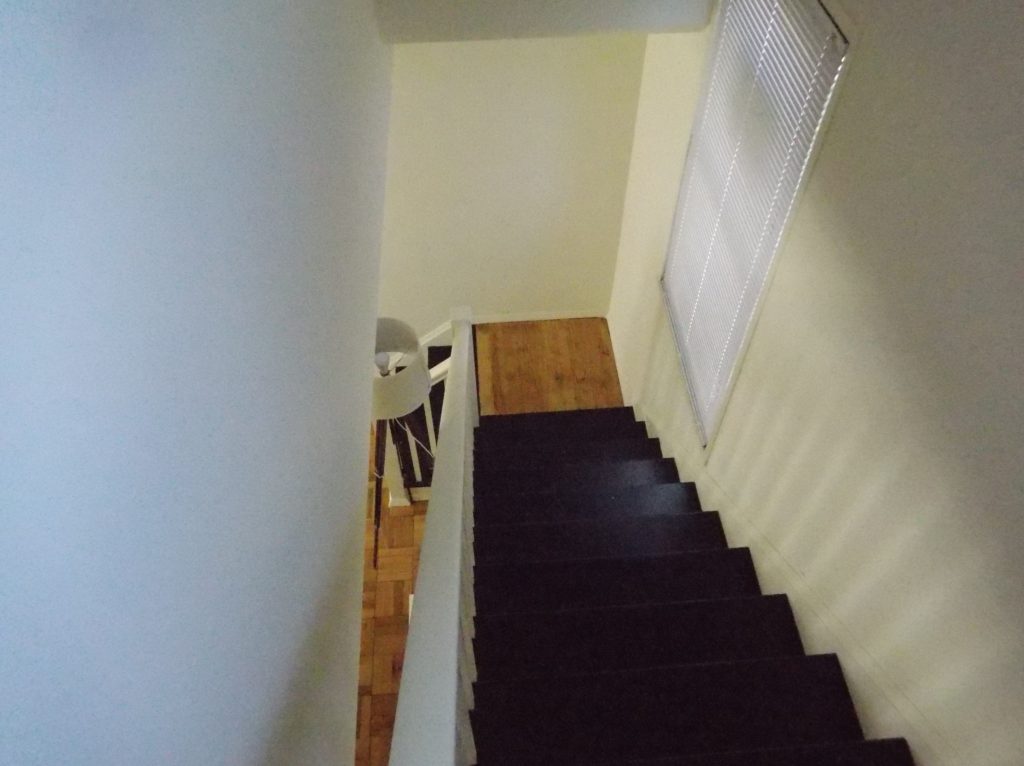 As you can see, the ISO performance up to 400 is pretty consistent, and the details look great. Unfortunately around 800 they start to fall apart, and by 3200 we really have a lot of pixel splotching going on that totally destroys the details. Sure, you can certainly tell what is in the photo, it’s just not what a pixel-peeping camera fanatic would be happy with for anything other than a snapshot.

You might also notice a bit of a color shift, which was weird.

I wanted to take photos of the outside for this test, but due to the brightness of the sun and my inability to manually control aperture, the photos were completely blown out at ISO 800, even with me setting the EV to -3 (the lowest it would go). It would be really awesome for Motorola/Hasselblad to institute some sort of manual control over these features, since this mod is basically flirting with point and shoot competition, and it lacks some very important features found in every point and shoot. 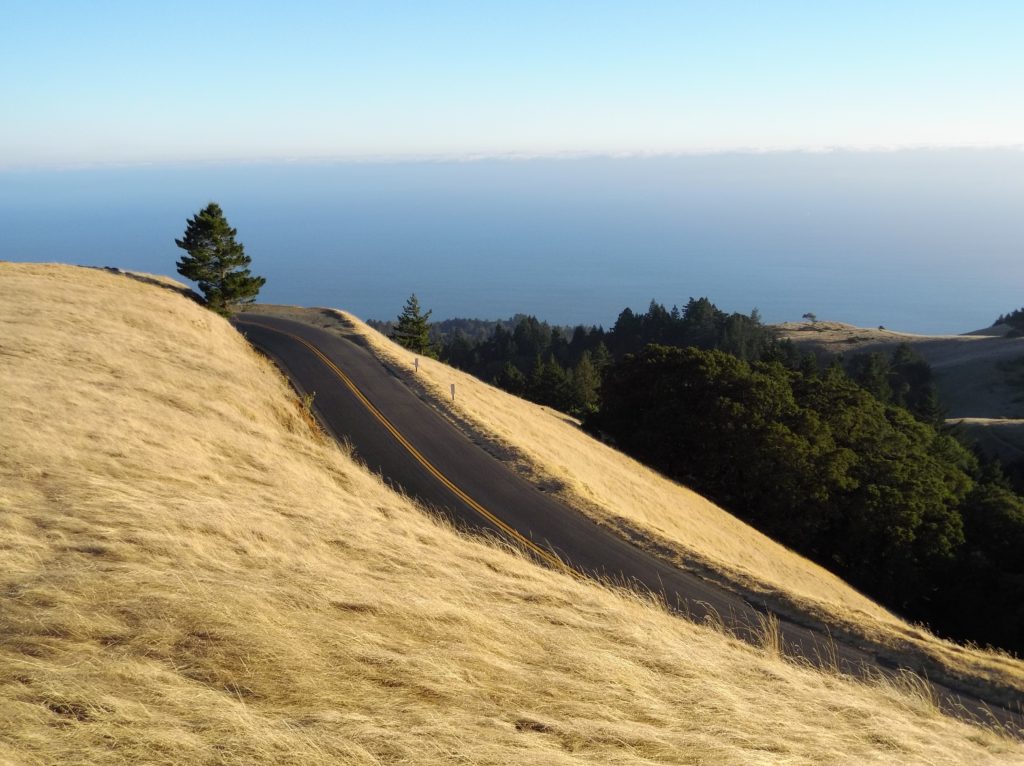 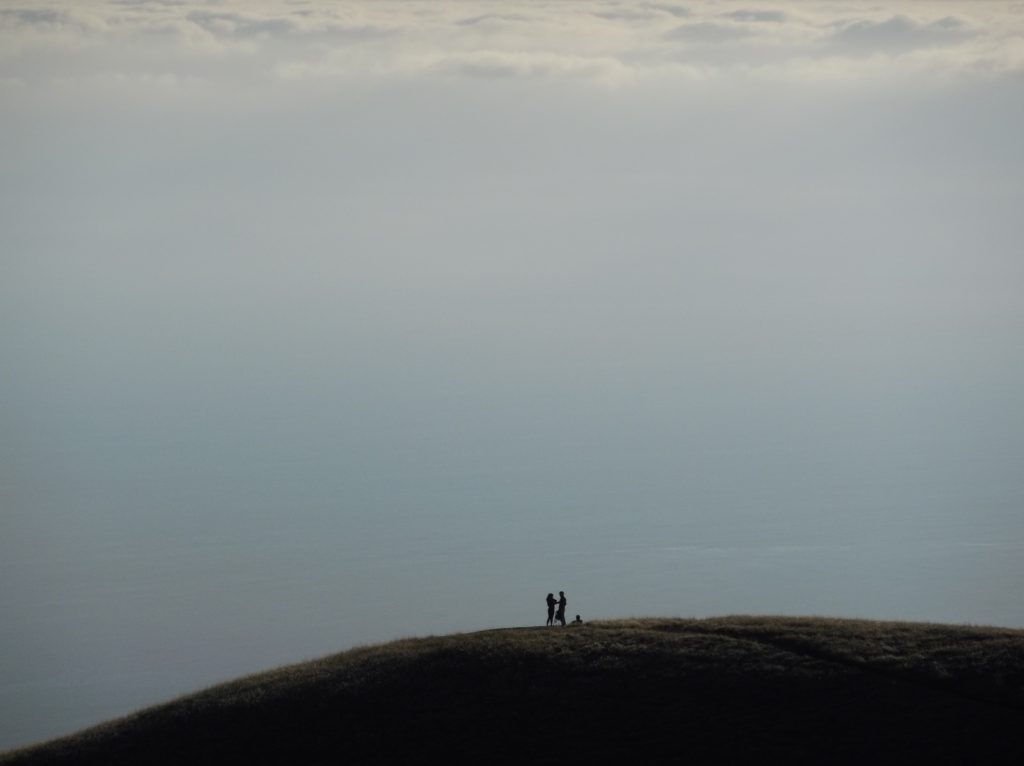 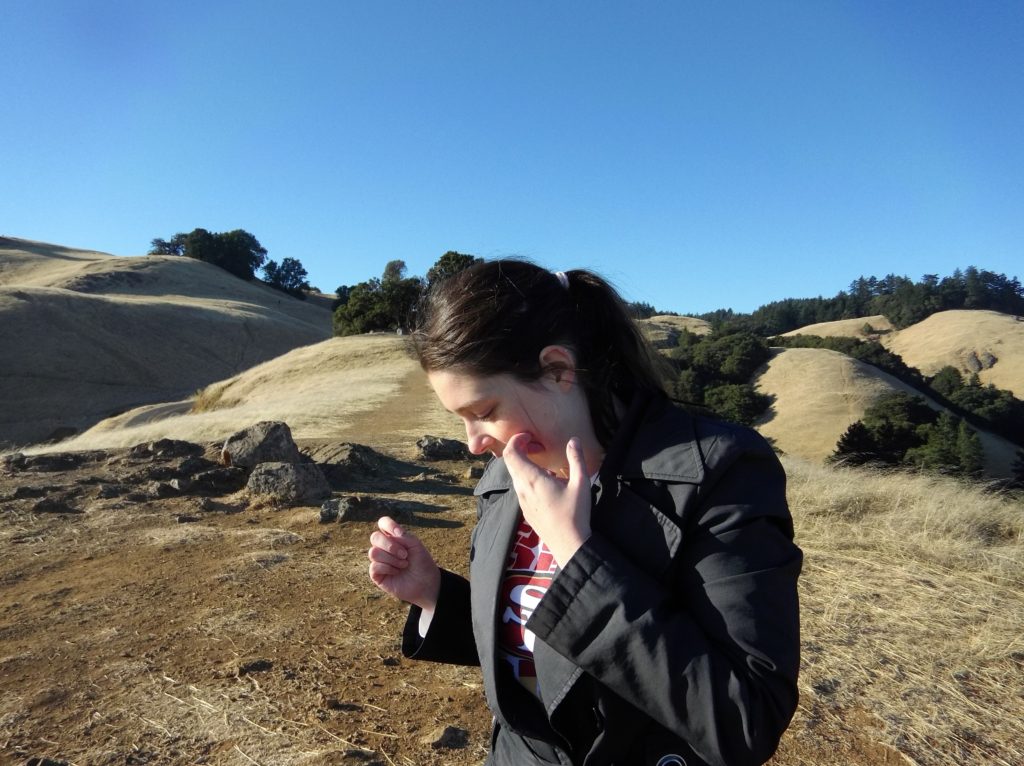 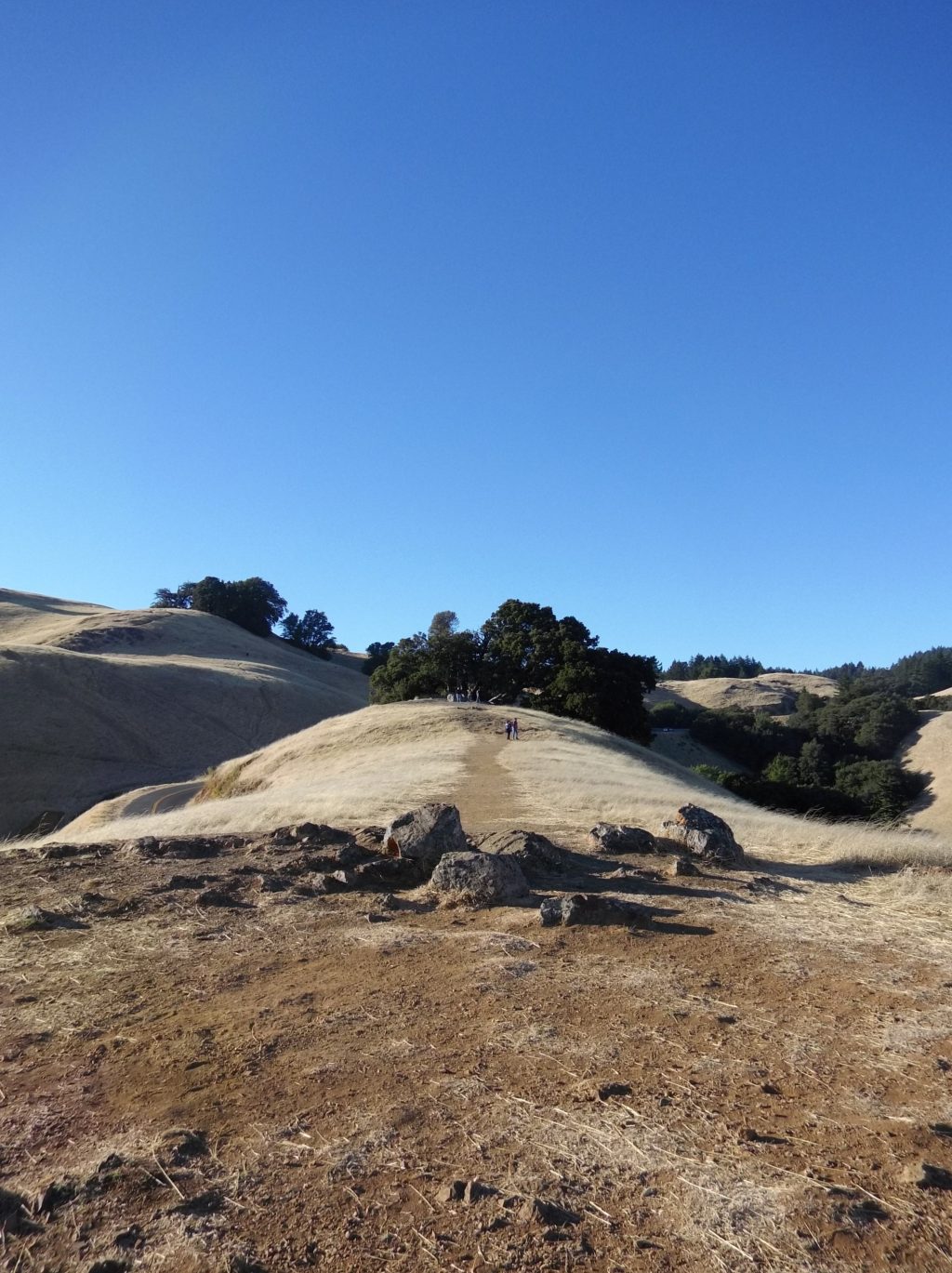 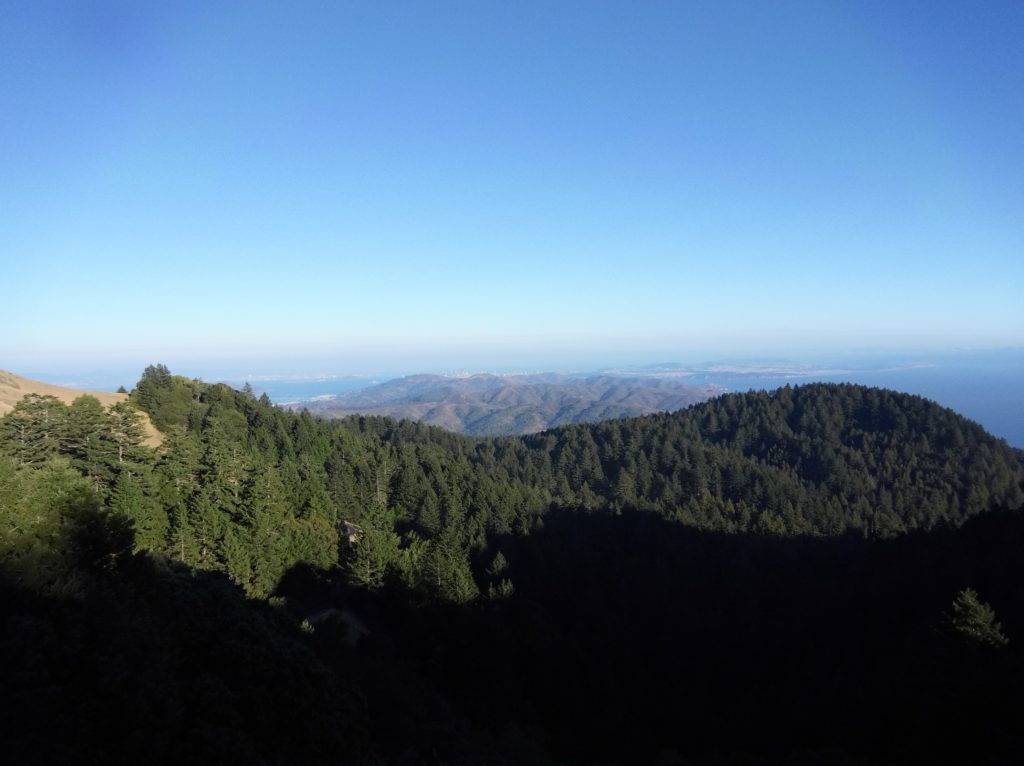 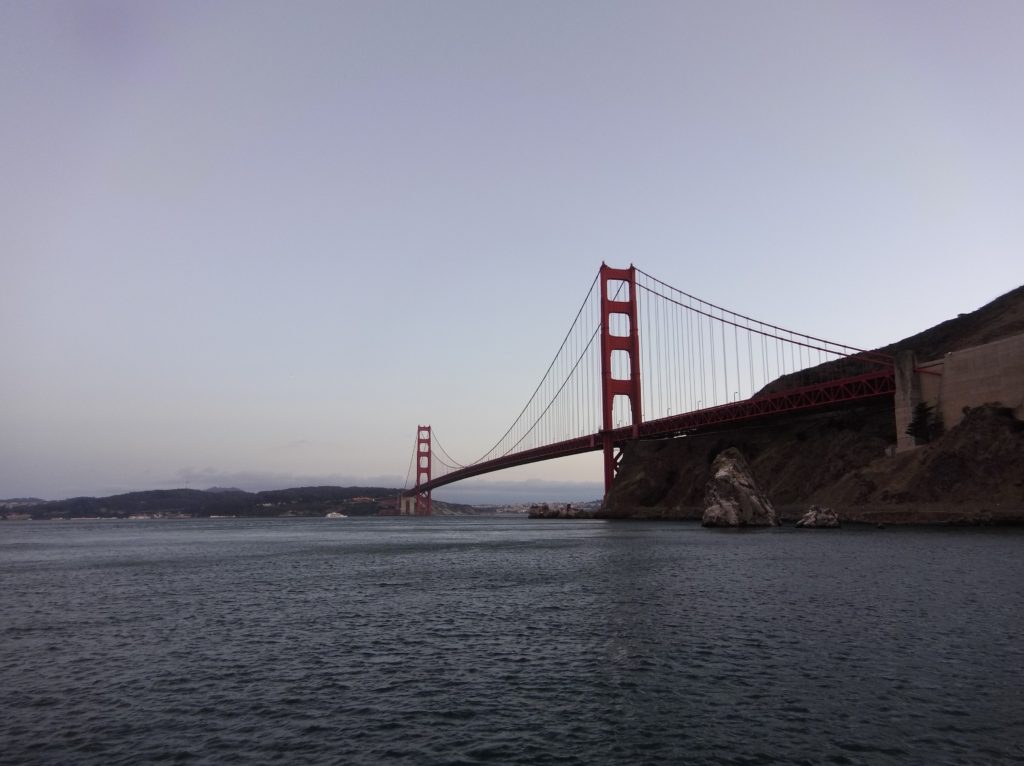 When you shoot within what the camera is capable, the images look… pretty good. They clearly are taken on a camera with a smaller sensor and less advanced lens than you would expect on a larger camera, and images do show a bit of noise even at the lower ISOs. In perfect scenarios, the photos look crisp and colors look good. Not great, but really good. I wish the colors popped a bit more, but these are manageable.

Where the True Zoom struggles is with dynamic range. It looks like it only is able to process maybe four stops of dynamic range for a given shot, meaning you will get totally black shadows or blown highlights in just about any outdoors shot with the sun casting light. Just look at this photo, taken at the absolute perfect part of golden hour: 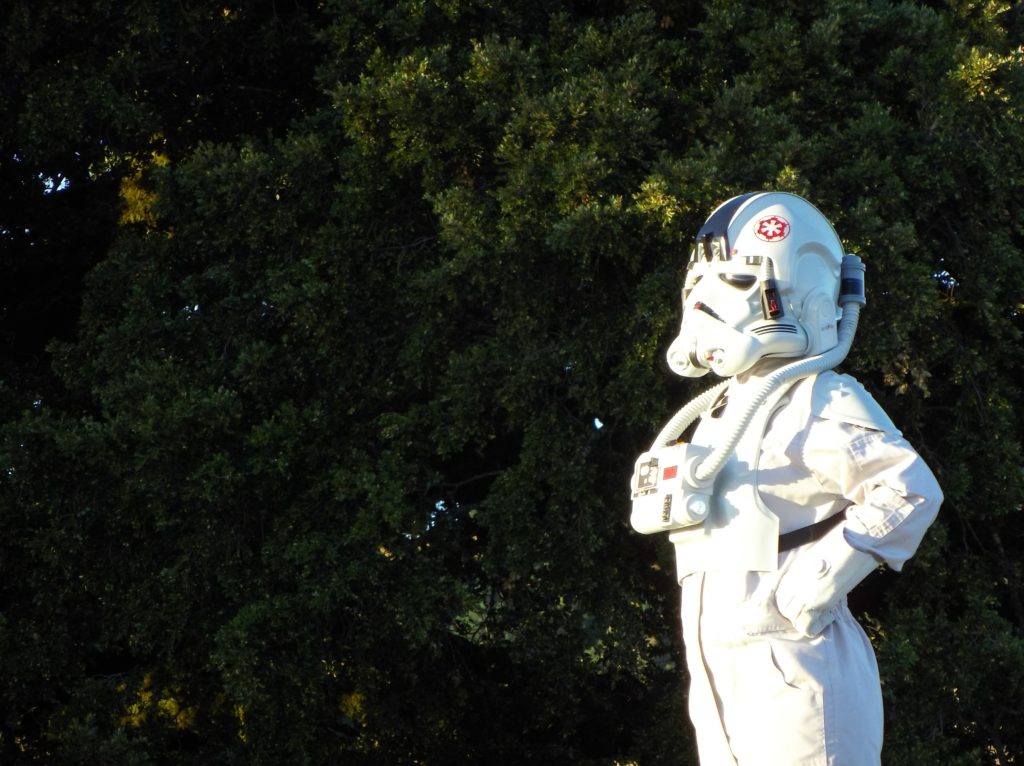 I got lucky, and some stormtroopers were posing for photos at the top of Mt. Tam.

The highlights are totally blown out, which is a shame considering the sun wasn’t even that bright, laying low in the sky. Now you could argue that the reflective nature of the armor as well as the fact the suit is white didn’t do the camera any favors, and you would be right. But in my opinion, it’s still a poor showing.

The following aren’t photos of really anything, but do go to show sharpness and detail that the camera is capable of. It’s just a shame that you have to be in absolutely perfect lighting conditions to expect this kind of a result. 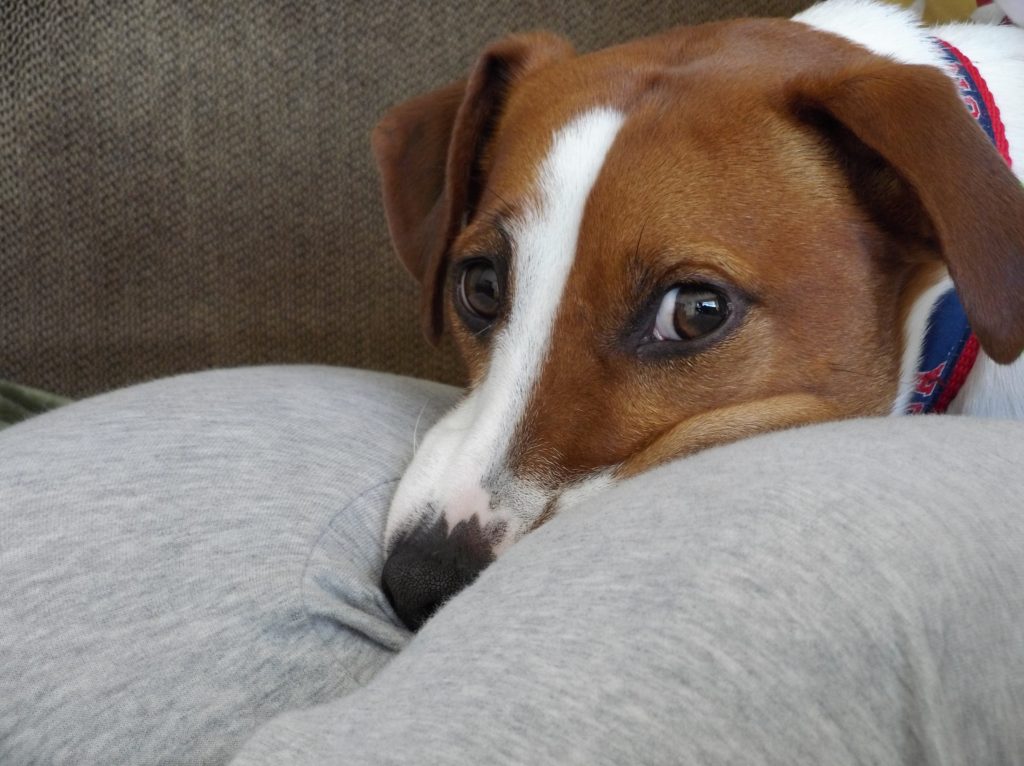 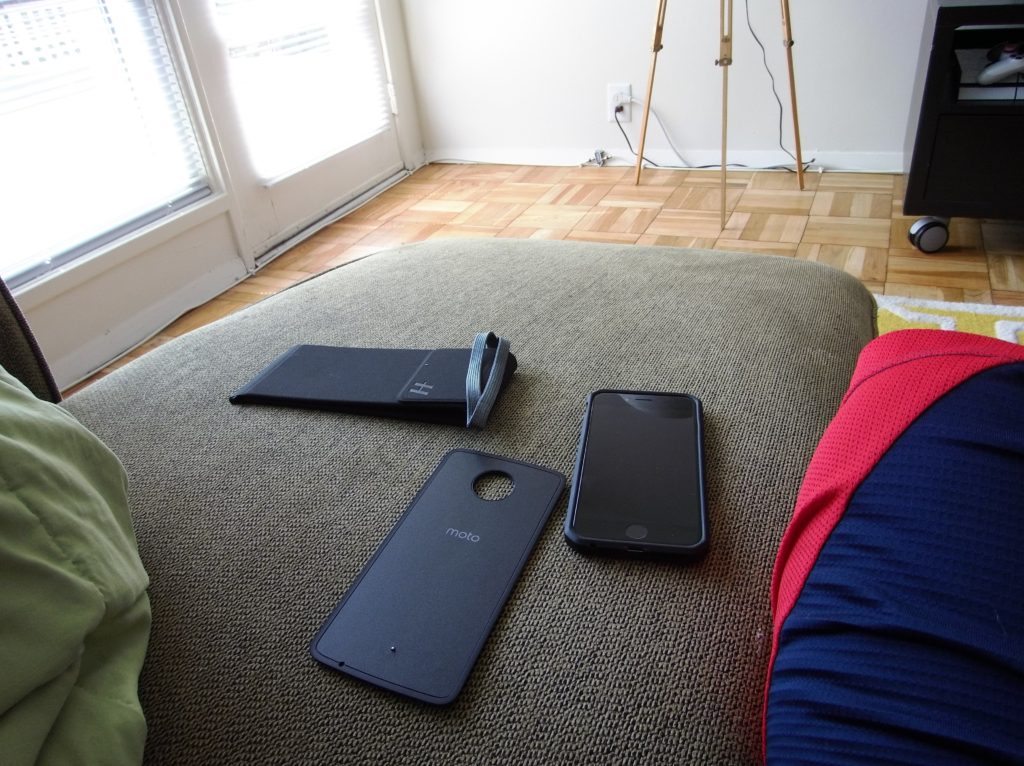 Oh yeah, the True Zoom Moto Mod does come with that nifty little carrying case shown in the upper left.

All in all, the Hasselblad True Zoom looks and feels great, with excellent build quality and design aesthetic, but it leaves something to be desired when it comes to the most important part of a camera: the photo.

Unfortunately we were not able to process any RAW files due to the beta nature of the application we were given to test, so it’s hard to be totally definitive on the full capability of the camera until we do. For now, we are judging the camera based on what we have… and what we have is an all around good product that could have used a bit more time with tweaking the image sensor. 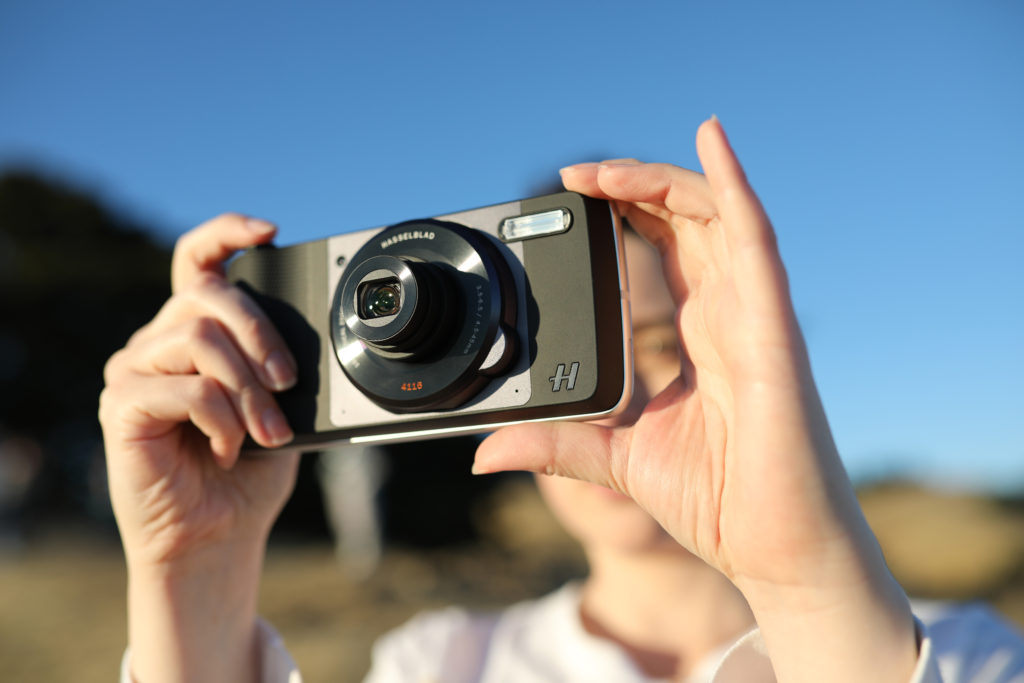 So finally, let’s look at price. The Hasselblad True Zoom will be available globally starting in September. In Europe, it will retail for about 299€ and in the US it will be available for pre-sale on September 8 and available on September 15 for $249.99 USD at Verizon, and $299 at Motorola.com. If you’re interested, make sure you get it from Verizon to save that $50, because in my opinion, $300 is a bit much. But at $250, it has just about all the features you might expect to find in a very cheap point-and-shoot, and anything it is missing can be added later with app updates. It’s what I would classify as a “fair” price for the True Zoom, but you might want to wait and see if Motorola intends to update the firmware of the actual app before throwing down the dough. If the True Zoom let us adjust aperture, I would have no issue with recommending it at $250. But right now, it still needs some additional features.

On a somewhat related note, my experience with the Motorola Z Play phone has been nothing but spectacular. I had long ago given up Android phones due to an early-on bad experience with the system, but coming back to it now feels… really good. The phone is fast, the thumbprint scanner is wicked quick (faster than my iPhone), and the device as a whole is really satisfying. Well done there Motorola!