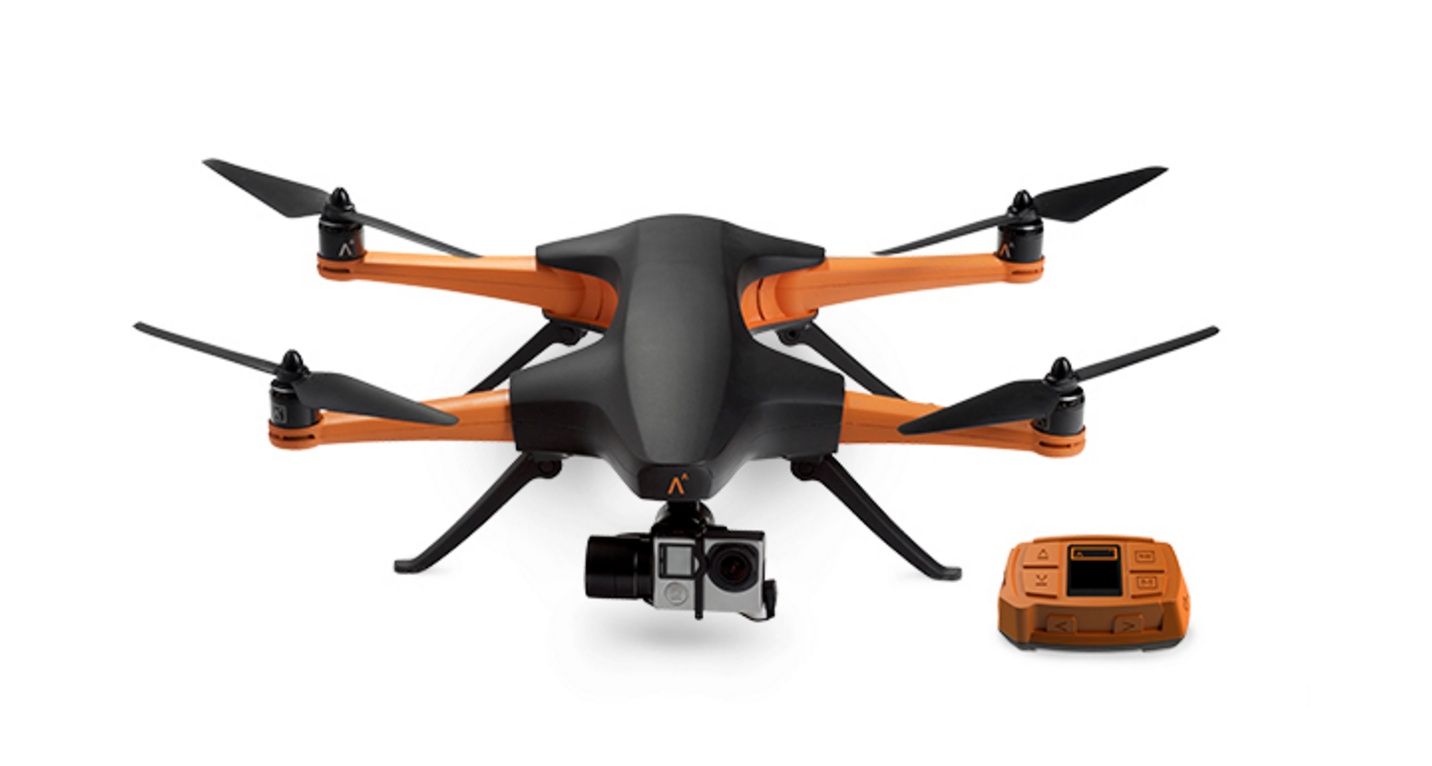 Start up company Staaker has just released their action-sports auto-follow drone on pre-order, and it’s looking poised to become a major success that will turned the industry on its head. Most drones are built to follow others, but this one has been built to follow you.

There is a horde of POV movies across the internet showcasing some incredible skills and feats. But how often have you carved down the face of a steep slope, darted through the trees on your mountain bike, or barreled through some heavy swell, and then gone home and watched it over thinking.. “man, that felt way higher/better/faster/stronger in real life”? Why do the professionals get to have all the fun? The purpose of any action story is to express your adventure with you at the centre. Which is exactly what CEO Ole Jørgen Seeland has strived to accomplish.

Tracking is nothing new in drones as both the DJI Phantom 4 and the Yuneec Typhoon are more than capable competition, and the Lily will do the same (when it is released). What’s unique about the Staaker however, is that it will smooth out the path it follows you with using tracking algorithms that continuously learn from your actions. So if you happen to be carving your way down a steep slope or darting through trees, the drone won’t simply mimic your movements from left to right and bounce from side to side, the drone will calculate the smoothest and straightest path to follow using predictive tech, all while keeping you at the center of the frame.

Another quirk about this drone setup is how it’s done away with the traditional remote control. Instead of a handheld control or even a display to show what the drone sees, The drone is manipulated using a wearable armband. The brilliant benefit to this drone is that it does all the work for you. As your racing along trying to not die, this drone takes care of composition, exposure, and flight control, for you. The drone communicates with the armband using a variety of sensors to keep you in shot and there are five follow-modes you can use.

Screenshot of the Armband Control

Sample footage of each mode can be found at Staaker

The Staaker has been built to be compact, robust and simple to set up. It is light and is easy to carry around in its own rigid case. With a simple pop and lock system, the drone can be up and flying in 30 seconds and has been tested in some of the most extreme terrain. From Norway to Hawaii, the weather/wind proofing make this drone at home in tough conditions. With a top speed of 50mph, Staaker has an air time of 30 min and comes with easily interchangeable batteries. It is compatible with GoPro Hero 3, 3+ and 4 which sits on a 3 axis brushless motor Gimbal mount that keeps the camera stable at all times. It has an exceptionally long range but due to the nature of action sports, a few safety measures have been added. If you drift out of range or get thrown under by a wave, Staaker will hover in place until it can reconnect. If things go really wrong, Staaker can even fly back to a predetermined “home” point and land. If things go really really wrong, a locate Staaker feature will always help you find it.

One thing to note is that there’s currently no “obstacle avoidance” tech available. So for now if a wild tree was to appear in the drones path, you hit “pause” to make it stop and hover in place. This might be tricky to do when you’re in the throws of mother nature and all her glory but Staaker do say they are working on it. The company also hopes to develop its own HD camera.

The action sports autonomous drone has been met with plenty of high praise and is available for pre-order starting starting today at around $1200 before going into full sale at $1800. The company hopes to ship in December 2016. It’s clear that Staaker will have an impact on the action sports world, especially amongst amateurs and enthusiasts, and it sounds like they already have plans for bigger and better things. When people finally get their hands on Staaker I’m sure we’ll see a lot of exciting footage popping up all over the web.

You can find more information and put your name down for one of these bad boys at staaker.com