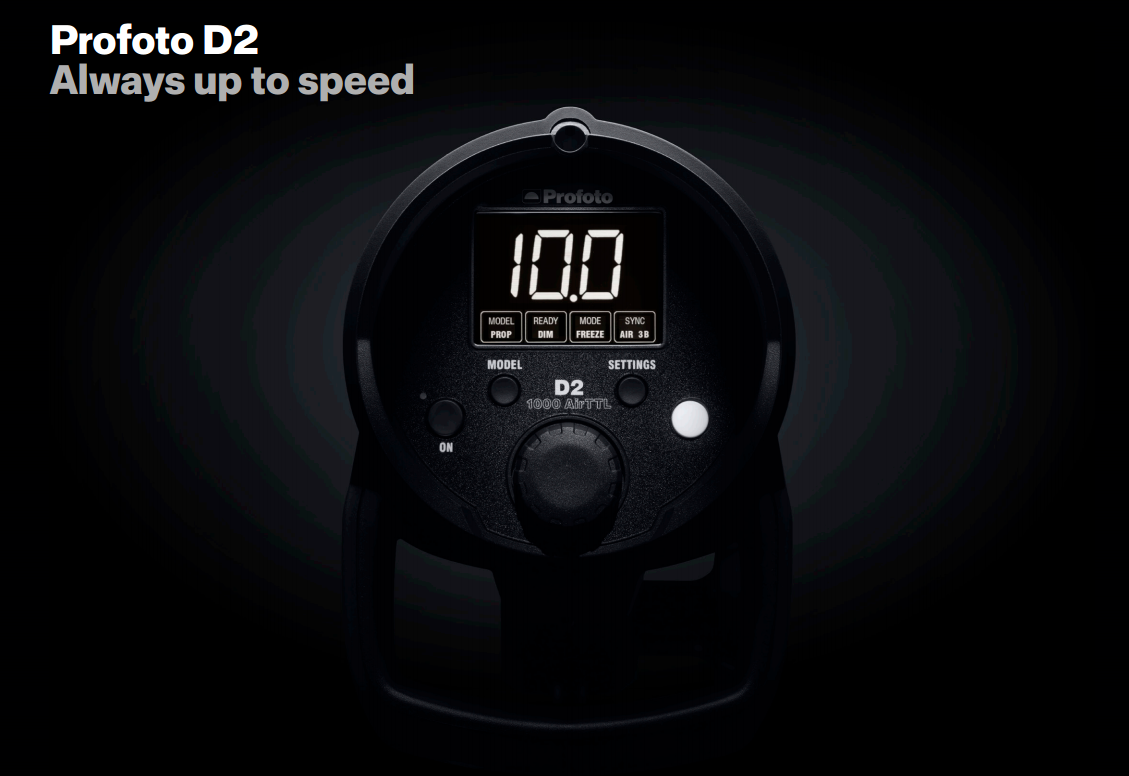 Announced today from Profoto comes the newest in their pro line of strobes, with the Profoto D2. As an upgrade to the Profoto D1, the Profoto D2 improves on the beloved and familiar light on just about every level. Developed for the studio photographer who needs a light that can fire in rapid succession, and with the shortest light duration possible, the Profoto D2 should have photographers excited – especially those who are looking for other options beyond the Pro packs that Profoto has been known for within the industry. Profoto was able to get me one a pre-production model of the Profoto D2, and I wanted to tell my thoughts on the light here on Resource. 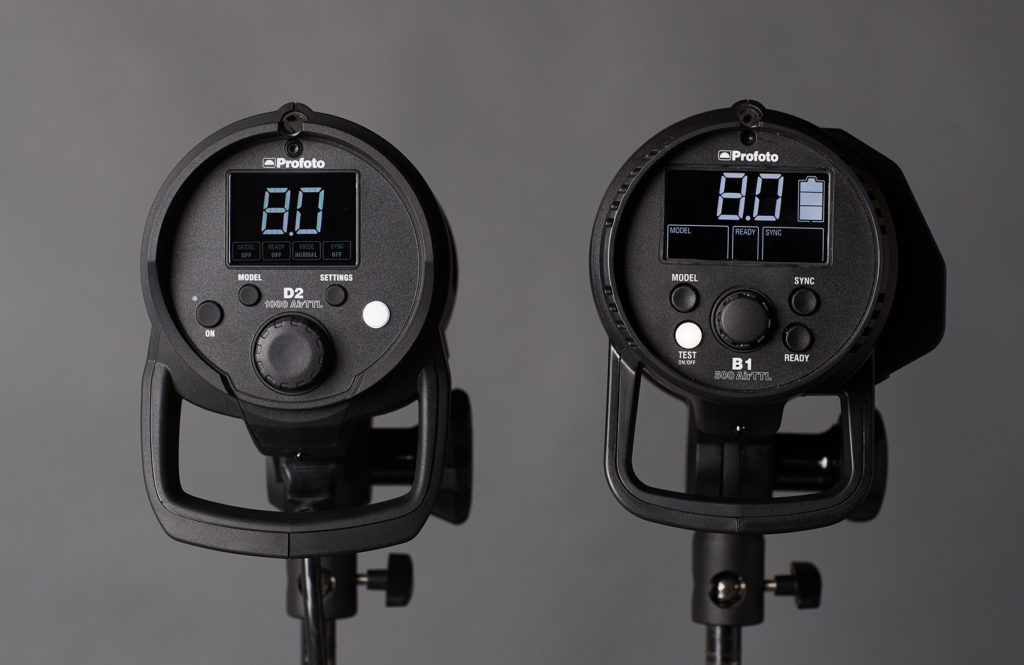 The biggest features that came with the announcement of the Profoto D2 is with the super short flash duration – the fastest in the world in fact – at 1/63,000 of a second. This beats out all other strobes, included the Broncolor Move packs by a significant margin. So when Profoto told me of these numbers, I decided I wanted to put them to the test. The problem? Well, I don’t know of anything that moves that fast.

My instinct was to photograph friends sneezing. At over 100mph, I’ve read that sneezing if one of the fastest things that we do as humans. However, being limited to a single light makes the concept a challenge – along with finding ways to get people to sneeze, and the hygienics behind it all. However, I gave it a shot. 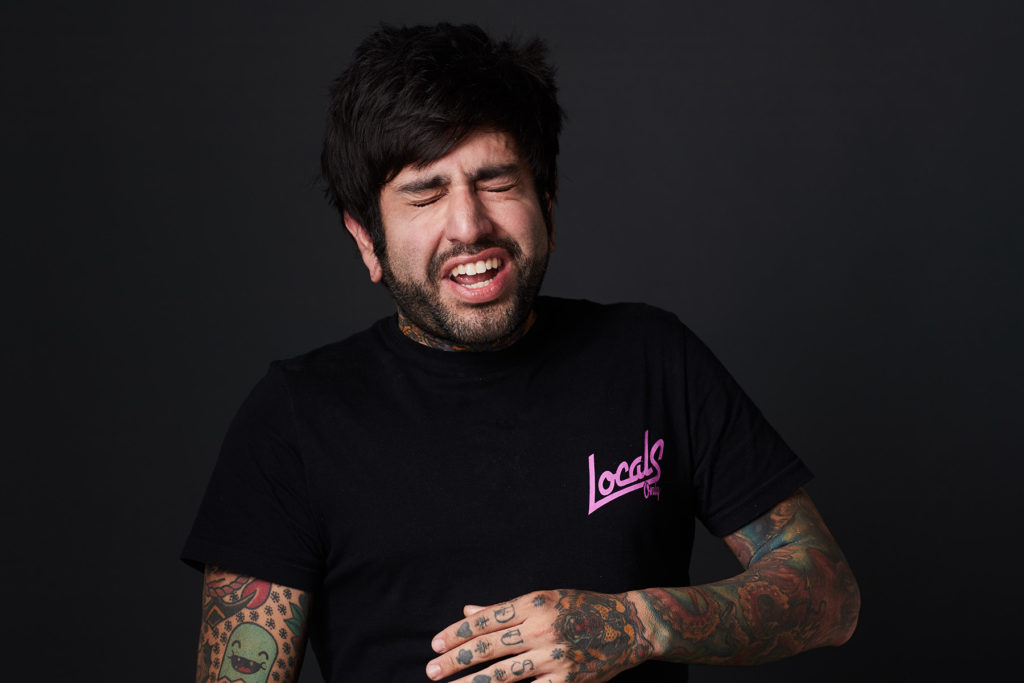 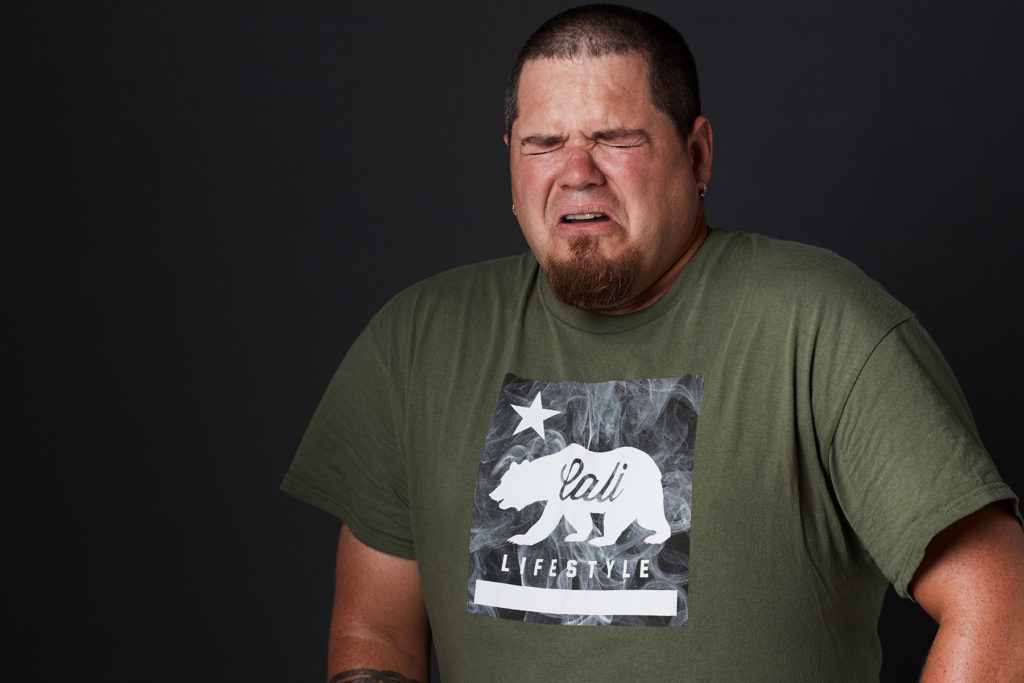 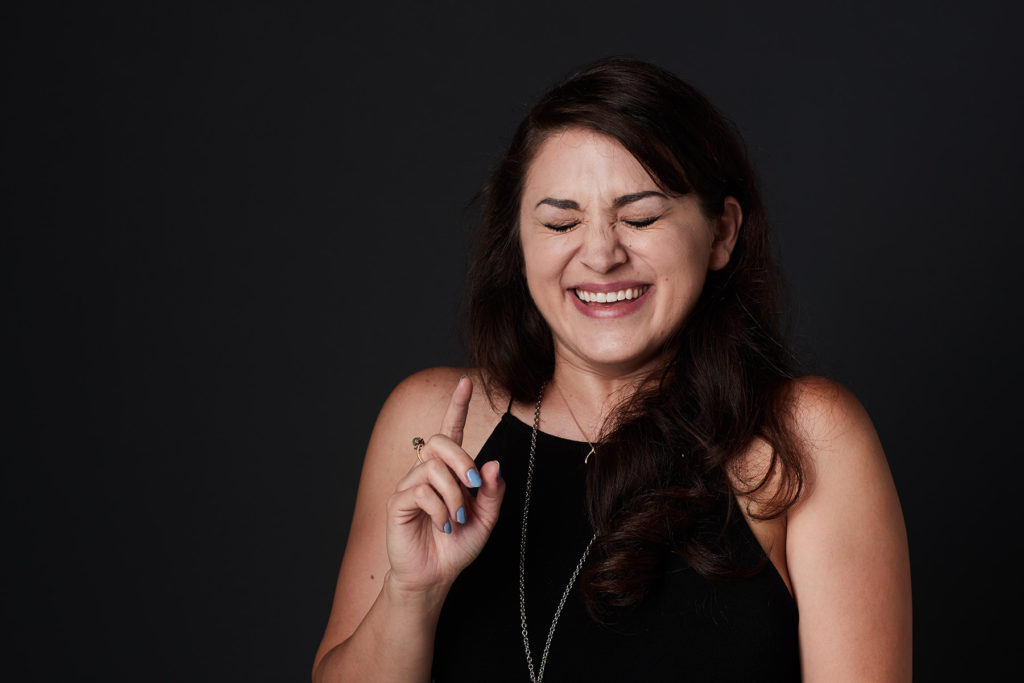 To enable this super fast flash duration and recycle speed, you need to enable the strobe into “speed mode.” Profoto says that this method may sacrifice color consistency for speed, though I didn’t see any shifts in white balance from the strobe when I was shooting at incredibly fast speeds (Something I have seen with Alien Bees and Einstein strobes).

Additionally, the Profoto D2 has one of my absolute favorite features, with ten full stops of power – as oppose to 8 with the previous models. This means you can not only power the light up (up to 1000 w/s with the D2 1000 AirTTL), but also down to a measly 2 watts, giving you anything from subtle lighting to a cannon of power when needed. Alongside the additional stops of power on the low end, comes additional stops of power when using High-Speed sync. One of the biggest complaints people had with the Profoto B1 was that it’s High Speed sync was limited to 7-10 on the power range. The D2 has expanded that to 6-10 on the Canon systems, and an impressive 5-10 on Nikon systems. (Note – 50% of the power on Profoto systems is a single stop, or 9/10. So 5-10 gives you a range of 500Ws to ~15Ws)

As mentioned above, this light provides an impressive 1/63,000th of a second flash duration (1/50,000th of the 1000 watt model). That’s faster than anything ever made before, and essential when shooting high-speed action and need to ensure the light freezes the subject. 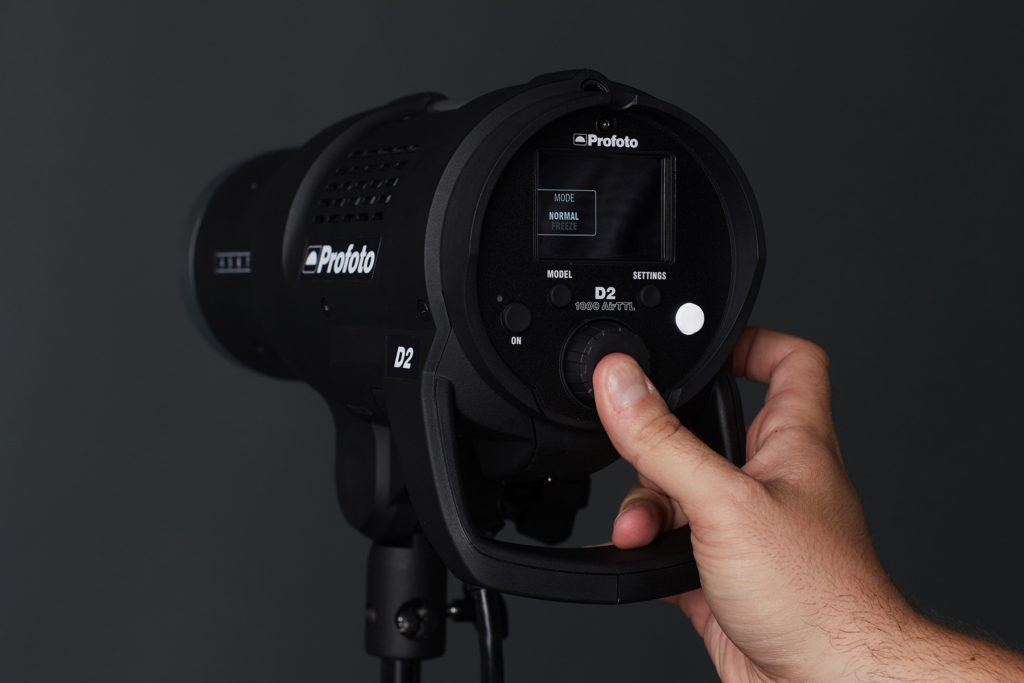 Another notable feature is this flash has a flash speed of up to 20fps in lower power, which is incredibly fast (Maybe the fastest, I haven’t found a lot of information regarding that). While this is at less power, I found this camera to be incredibly fast – so fast in fact, that the Canon 1DX Mark II couldn’t even keep up with its flash recycle power. That’s right, the Canon 1DX Mark II limited the fps of the camera to around 5fps when the hotshoe was in use, because even Canon didn’t think a light would be shooting that fast. It was so incredibly fast that I just had to make a video showing off how fast it is. (Please Note – Each time it beeps, the flash does fire. It does not always show the flash because the video was recorded at 24fps, and the flash duration is much shorter than that).

If you’re able to get your hands on the new Profoto D2, you’ll find how similar it is in size and shape to the beloved Profoto B1. Using the same unibody design, the D2 is incredibly robust for a strobe, and I’d have no concerns with using it in a professional setting. Using the flat head design made famous by the Profoto D1 and that Profoto B1/B2, the D2 allows you to use all of the OCF modifiers developed by Profoto, with the added option of purchasing a dome light to give you a more evenly spread light for feathering options. That said, Profoto does not recommend using the OCF systems, but only because the Profoto D2 does not have a LED modeling light like on the Profoto B1/B2. 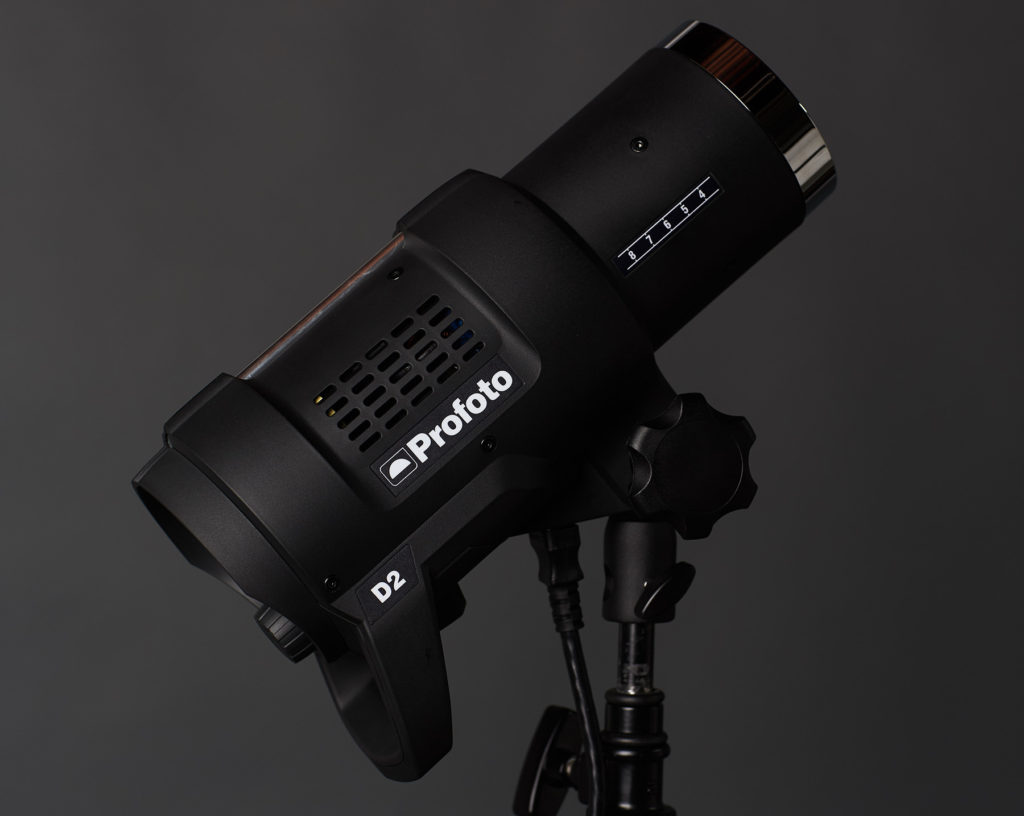 Additionally, the menu system has been completely redesigned and provides a more organized and easy to use system using the large scroll wheel with push in confirmation. Admittingly, the Profoto B1 menu system can sometimes be frustrating (Especially when you’re trying to change the light’s channel, and you end up putting it in slave mode instead). The new menu has far more organization than previous models, allowing you to change the settings quickly and accurately with ease.

In Profoto fashion, this light isn’t incredibly cheap. For the 500 Ws model, you’re looking at $1,495. The 1000 Ws model comes in at $1,995. While it isn’t as affordable as other strobes, it does offer an incredible build quality, along with every bell and whistle you could imagine (High-Speed Sync, TTL, etc., etc.). When compared to the prices of Profoto B1s and B2s, the D2 sits affordably cheaper, while providing a state of the art strobe that can handle everything.

Does it Replace Pro Packs?

I think this is the biggest questions above all else. Small studios all over will be excited about these lights, and will be an excellent replacement for the aging systems they already have. But the real question is, will these replace Pro Pack Systems? For those unaware, Pro Pack Systems, like the Profoto Pro 8a are the industry standard within studios. The incredibly robust (and heavy) systems provide an absurd amount of power, (up to 2,400 Ws), with incredibly fast recycle times (up to 20 images per second). However, Pro systems aren’t cheap – nor are they compact. So is the Profoto D2 an excellent trade off? Yes, I think so. At 1000Ws, the system is plenty powerful enough for most uses and still provides rapid recycle times that you need in a fast-paced commercial environment. And while they’re not the tanks many have come to love with the Pro 8a, they are still incredibly robust, and single-handedly win in regards to mobility (It’s a matter of 7lbs verse 27lbs). For larger commercial studios, the new Profoto D2 throws an interesting wrench in the way they do things, for now, they have a light that can do almost everything their beloved Profoto Pro 8a’s can, and at a fraction of the weight and cost. And the Profoto D2 also gives them High-Speed Sync to boot.

The mark of a great product comes in whether you’re able to reach its full potential. I attempted a sneezing photo series by using this light’s capabilities to capture the movement. All in all, the series was pretty lackluster – but not because of the Profoto D2 system. Canon had not enabled faster firing on their Canon 1DX Mark II, and lighting people sneezing is a challenge in its own right. Where other equipment and techniques failed me, the Profoto D2 stood strong, with plenty more potential to go. Do I know what I’d need 1/63,000th flash duration for? No. Do I need a strobe that can recycle at 20fps? Probably not. But this strobe isn’t designed with practicality in mind, nor should any products. The mark of a great product comes in its ability to provide you with what you need for all circumstances – and the Profoto D2 does just that. Am I blown away by the capabilities of the Profoto D2? Yes, absolutely.