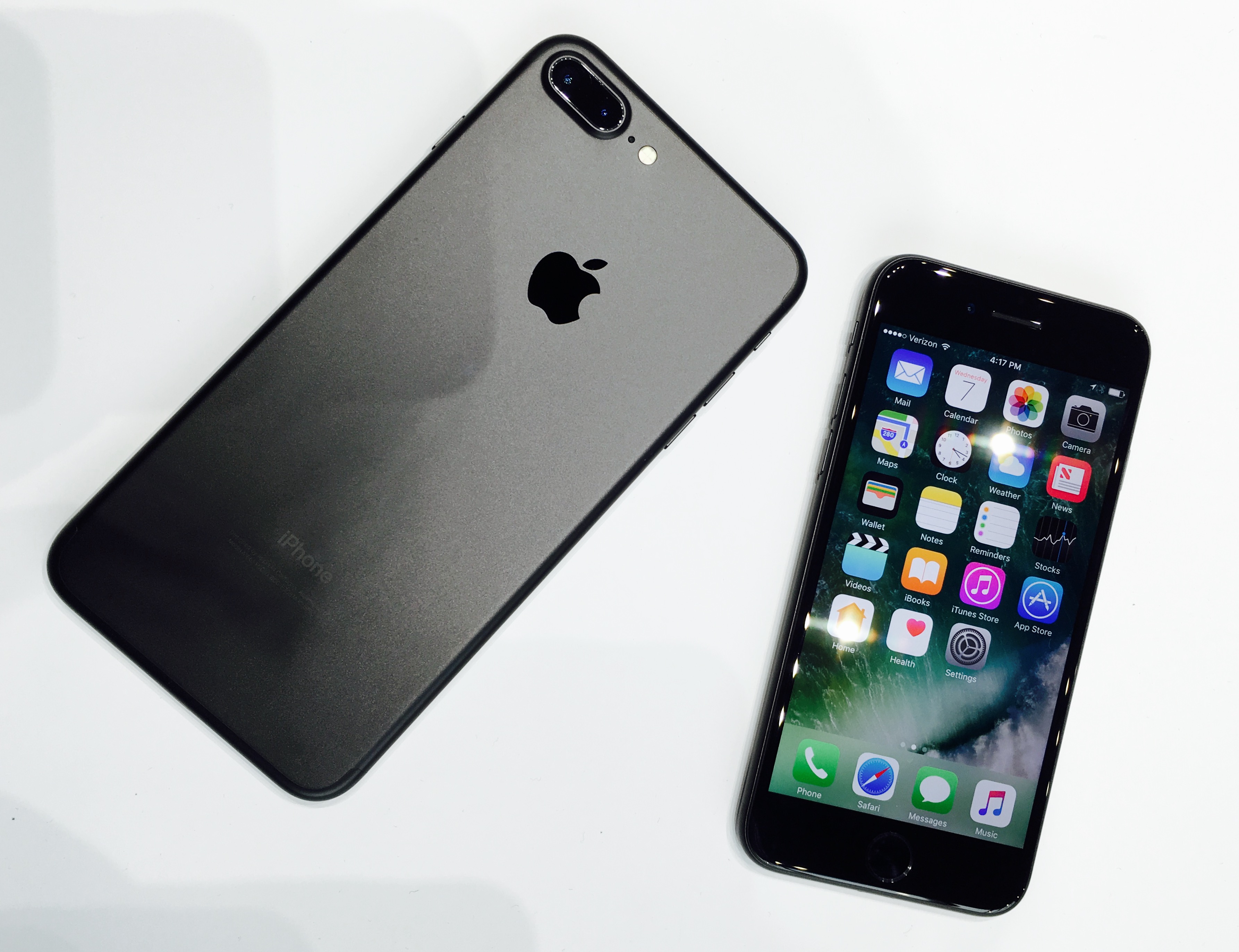 The anticipation for Apple’s massive unveil today was real. Here’s a full rundown of today’s announcements, and everything you need to about this, dare we say, game-changing day in technology.

The big update here is real-time collaboration in every iWork app including Pages, Numbers, and Keynote. This means that now, similarly to other cloud-based applications, you will be able to publicly or privately collaborate on projects with multiple participants. The color-coded organization looks similar to that of iCal, and it will be available on Mac, iPad, iPhone, and the web.

According to stats presented during today’s event, the Apple Watch has become the number two watch brand in the world right now, just below Rolex, and is currently the top-selling smart watch. With this, Apple released a brand new iteration of the Watch dubbed ‘Series 2,’ as well as WatchOS3, an updated version of its software. Here are some of the most important new features:

Initially previewed in June, this new operating system includes a ton of new messaging features, such as animated stickers, full screen effects, and ‘Scribble,’ which allows users to draw custom replies on the watch face. In addition, Apple has integrated Activity Sharing with other users, a new app called ‘Breathe,’ which reminds you to unwind with a deep-breathing exercise each day, as well as the ‘SOS’ app, which instantly contacts emergency services by pressing/holding the side button while sending a message and location to your emergency contacts.

Performance wise, Series 2 is armed with a 2nd Gen SIP dual core processor, a new GPU up to 50 percent faster with 2x brighter display and upgraded graphic performance, namely, the integration of Pokemon Go which will be available later this month. The watch also offers built-in GPS, increasing accuracy in activity-related services such as pace and distance. This also means that you won’t need cell reception to know your location. And with a new hiking app, Route Ranger, you are able to travel to more remote locations (the example Apple used was Yosemite) and select routes based on difficulty. After the hike, you are then able to view your adventure in the Maps app on your iPhone, which color codes your hike based on speed.

On the hardware side, the Watch is now “swimproof” up to 50 meters, the industry standard for submergible fitness trackers. Yes, this means waterproof at over 150 feet deep! To do this, Apple redesigned the speaker system to physically ejects the water it collects after it’s submerged. Pretty dope. Finally, to extend the waterproof feature, Apple introduced two new swim workout apps, which learn about you and your workout over time, and track all aspects of your swim.

The Series 2 will offered in aluminum and stainless steel cases, as well as a new material: a pearl white glossy ceramic that’s four times harder than stainless steel. There are also a list of new straps, buckles, and a “Nike+” edition specifically designed for runners. And if that’s not enough, the first generation of the Watch will be updated with the processor of Series 2 as well.

For some time now, the internet has been buzzing with rumors regarding the new iPhone. ‘Are they taking away the headphone jack?’ ‘Does it have.. two cameras?’ Well the short answer is yes, most of the rumors circulating have been proven true; and if that’s a deal-breaker for you, you’re best off stopping here (c’mon, do you actually listen to music while charging your phone?), because there’s much, much more to the iPhone 7 iteration than just that.

First off, the iPhone 7 line welcomes the biggest iOS release ever: iOS 10. This includes an array of software redesign and upgrades, such as waking up your phone by simply lifting it, and completing purchases, ordering cabs, etc. entirely within apps. Apple’s also introduced a new app, Home Kit, providing a full-suite of home automation for a massive range of accessories by nearly every major home automation manufacturer (*cues Mr. Robot hacked smart home scene*). Here are the 10 main things you need to know about the iPhone 7/7 Plus, or what we’re calling the “Don Draper of Smartphones.”

The camera is housed directly on the body with an embedded antenna, meaning it’s completely seamless and smooth while Apple has introduced a sexy new ‘Jet Black’ finish. It’s also available in black, which replaced space gray, along with silver, gold, and of course, rose gold.

The home button has been redesigned to be more responsive, reliable and more customizable with a new force sensitive haptic engine, servicing things like quick actions and ringtones. It can also be programmed by third-party applications.

Equipped with new seals and adhesives, the iPhone 7 is water and dust resistant at an IP67 protection standard. The details were vague in the announcement, but some research says IP67 essentially means that it’s submergible for up to 30 minutes at 1 meter. So it’s not exactly ideal for things like scuba diving, but surely a huge help in a rain storm or the accidental drop in the toilet.

Here’s the big one. The iPhone 7 (read carefully, not the 7 Plus) offers optical image stabilization and up to 3x longer exposure. It’s armed with a wider f/1.8 lens that lets in 50 percent more light than the iPhone 6s. This also includes six element lenses, a new 12MP sensor with larger pixels, and is 60 percent faster and 30 percent more energy efficient. The flash is also completely new, boasting a quad LED with 50 percent more light that reaches 50 percent further, as well as a flicker sensor for photo and video.

Additionally, its new signal processor reads the scene and uses machine learning to look for subjects, set exposure, white balance, focus, noise reduction, and in-camera stacking (essentially HDR). Apple claims that in just 25 milliseconds, over 100 billion operations happen with every shot. It’s also introduced a much wider color gamut with richer reds and greens dubbed ‘wide-color capture.’ And along with new features like the editing of live photos, you can also EDIT RAW FILES, YO. For now, though, RAW capture is only available through third-parties using an Apple API, including Lightroom and Elight for RAW, as well as Instagram and ProCamera for wide-color capture. (Instagram is also rolling out a massive update with a new line of filters, a new UI with haptic feedback, and 3D quick action).

Now take all of that double it. Yes, the iPhone 7 Plus features two 12 MP cameras, each at different focal lengths that you can control. The first is the standard 28mm wide-angle lens, the same as the iPhone 7, and the second is the new 56mm telephoto lens, which can zoom up to 10x with the tap of a finger. But to be clear: the optical zoom is capable of 2x, and after that it’s done using software.

Finally, Apple gave us a sneak peak of a new feature, ‘Depth Effect,’ that will be released as a software update. Essentially, it uses ISP to scan a scene, machine learning to recognize it, and creates a depth map, allowing you to add increased depth and bokeh to your images. Really, the only bummer here are a lack of updates for video, that is, if 4K isn’t enough for you already.

The display is 25 precent brighter than the iPhone 6s, offering a wider color gamut with cinema standard colors and end-to-end color management.

Apple has added brought two speakers the iPhone 7 line, one on the bottom and one on the top, which doubles the volume of the 6s with increased dynamic range.

The predictions were correct: Apple has done away with the headphone jack and introduced audio listening via the Lightning port. This is huge, granted that the aux input has been a crucial part of technology for over 100 years. So now, alongside each new phone, customers will receive a set of EarPods and an adapter for standard headphones. (Personally, I think this is a bold yet much-needed move. For the past few years, I’ve noticed a trend in which technology is incrementally innovated, in little bits at a time. This, however, is one big giant, “Yes, we’re doing this!” and feels very refreshing in a world where consumer tech companies have increasingly taken the safe route with their products.)

Along with the EarPods, Apple has also introduced completely wireless audio with the new AirPods, an apple-designed set of wireless headphones, that totally look like a gadget you’d find in Black Mirror. This technology is based on a new W1 chip, providing high-quality playback, infrared sensors that detect when the EarPods are being worn, motion accelerometers that respond to touch for access to Siri, as well as voice accelerometers that reduce external noise. There’s up to five hours of listening on a single charge, and they come with a chargeable battery case that provides more than 24 hours of battery life. In addition, the EarPods connect intelligently to all Apple devices, and to little avail, the Apple-owned Beatz announced three new pair of wireless headphones, the Powerbeats3 ($200), Solo 3 Wireless ($300) and all-new BeatsX ($150).

For the most part, the main update here is that the Apple Watch Series 2 offers technology that brings Apple Pay, Transit, and Maps to Japan.

Perhaps the most important of all, the iPhone 7 line comes equipped with a new generation chip: the A10 Fusion, offering four core CPU. This includes two high performance cores that run 40 percent faster than than the previous A9 chip, while the remaining two are used for high efficiency operations at one-fifth power, thus increasing battery life. Additionally, the six core graphics chip runs 50 percent faster than the A9 at two-thirds the power.

Oh, and the storage has been doubled on all devices, offering 32gb, 128gb, and 256gb versions.

Preorders begin this Friday, Sept. 9 while orders begin shipping Sept. 16. iOS 10 will be released Sept. 13. We will update you with more information as it develops.