Californian photographer, cinematographer and editor Ryan Aylsworth started shooting as a hobby at the end of high school, when he was very much in love with playing music. Over the years, and once he started shooting people and building creative teams, he grew more and more into his own abstract and experimental style. Two years ago, however, Ryan crashed his motorcycle, leaving him hospitalized for weeks and in need of a wheelchair before learning to walk again. Acid Burn, which is showcased in his Dripbook portfolio, was the first photo series he shot once he got back on his feet. 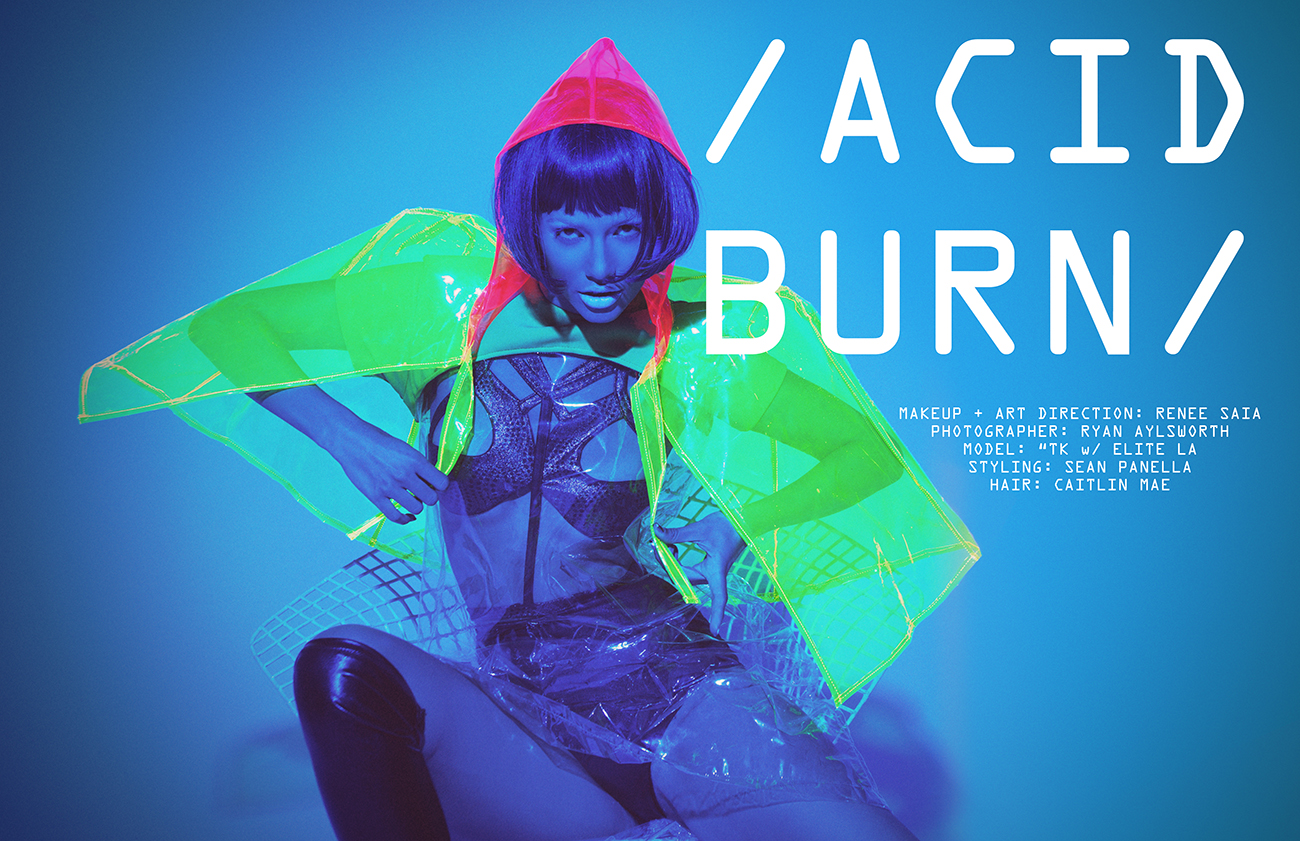 “I found that I was subconsciously telling the story of my accident in this series,” Aylsworth said. “The crutches the stylist brought along with the wardrobe were a serendipitous accent that tied the whole thing together in my mind. The bike in the background is the one I crashed on and continue to ride every day as a new life form that rose from the ashes of that wreck.” 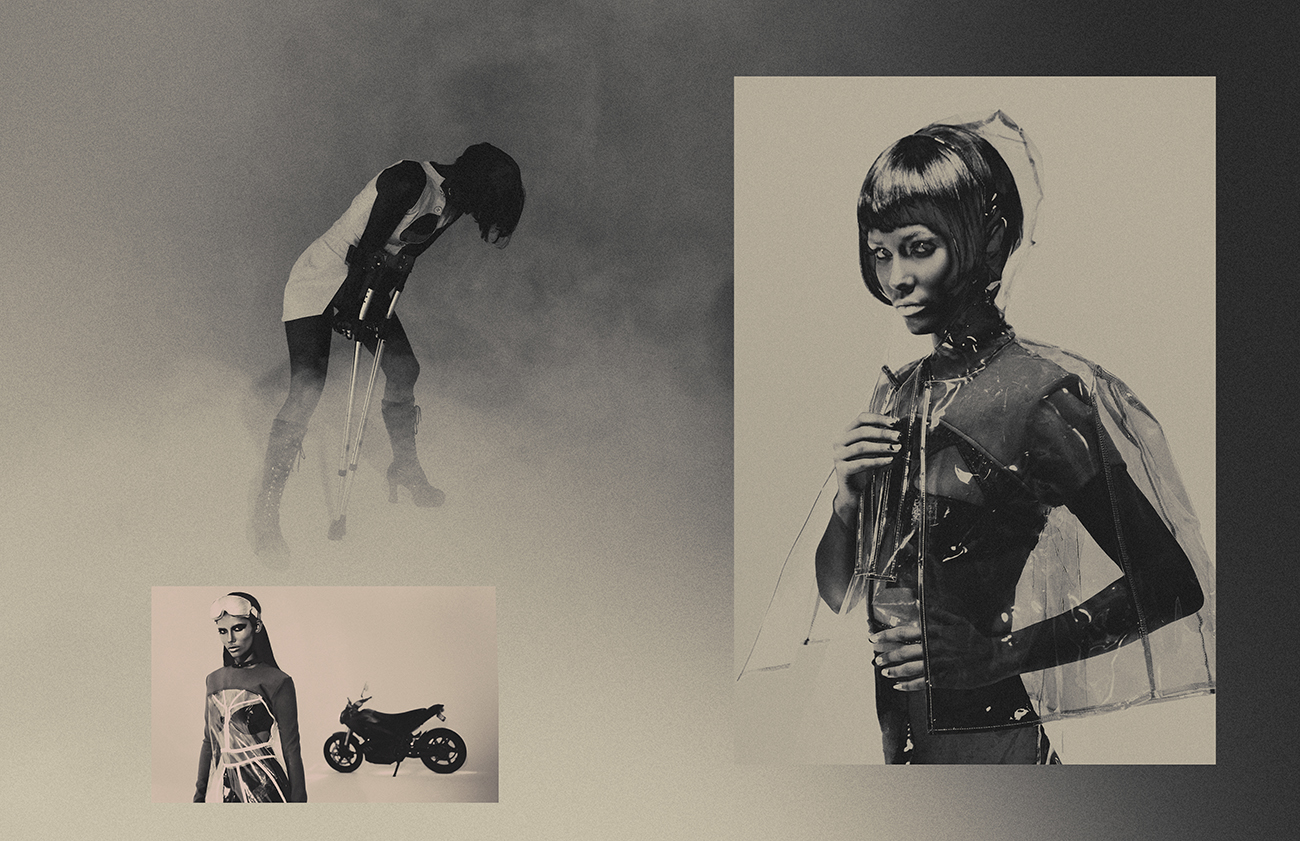 This series of images was shot in one day at Aylsworth’s photo studio in Los Angeles’ Chinatown. Yet for someone with such a large passion for technology, the gear used in this series is beautifully antiquated—it was captured using strobes from the 1970s, alongside colored gels and varying shutter speeds.

“There is some post production on this, but I preferred to keep it more about the color and tone than any kind of surgical beauty retouching,” he said. “This aesthetic of cyberpunk and modern futurism has been increasingly tempting for me to explore in visual storytelling.” 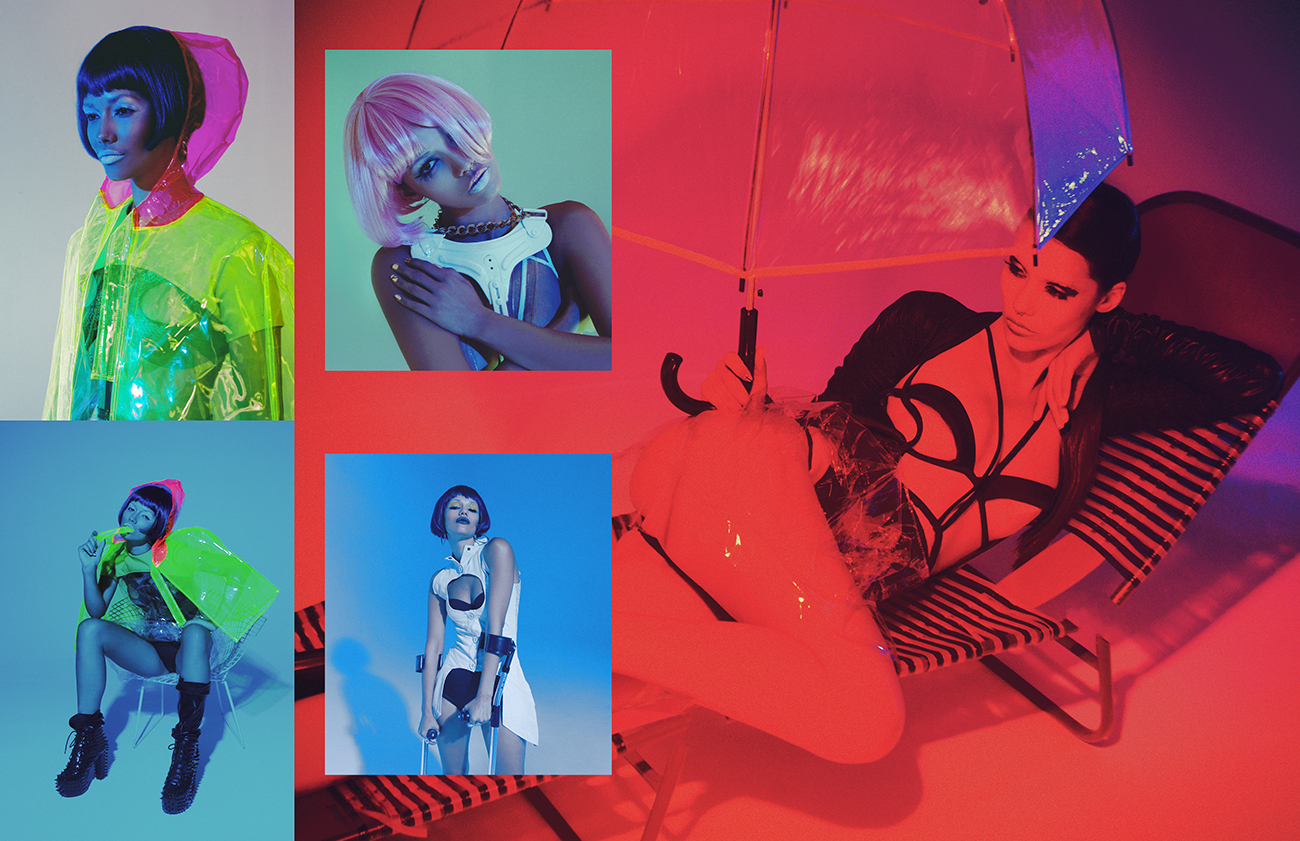 When asked if there was a pivotal moment or point in finding his niche and cultivating his style, Aylsworth says, “It was the moment I realized that there is no ‘they’ watching and judging if you shot or edited an image ‘properly,’ no committee of ‘photography experts’ determining whether your work meets the standard. I remember when I started to check out art magazines and publications that weren’t just regurgitating sterile beauty, but changing what I considered to be ‘good’ photography. Telling a story seemed to gain importance. The moment I realized that photography is more about the observer than the subject is when I truly realized that there are no rules to photography. Anything can be profound to anyone for any reason. That took the worrying out of it and made it something much more like playing in the authentic way that children do. Once I allowed myself to experiment and play with my photography it became effortless and my best work started to bloom.” 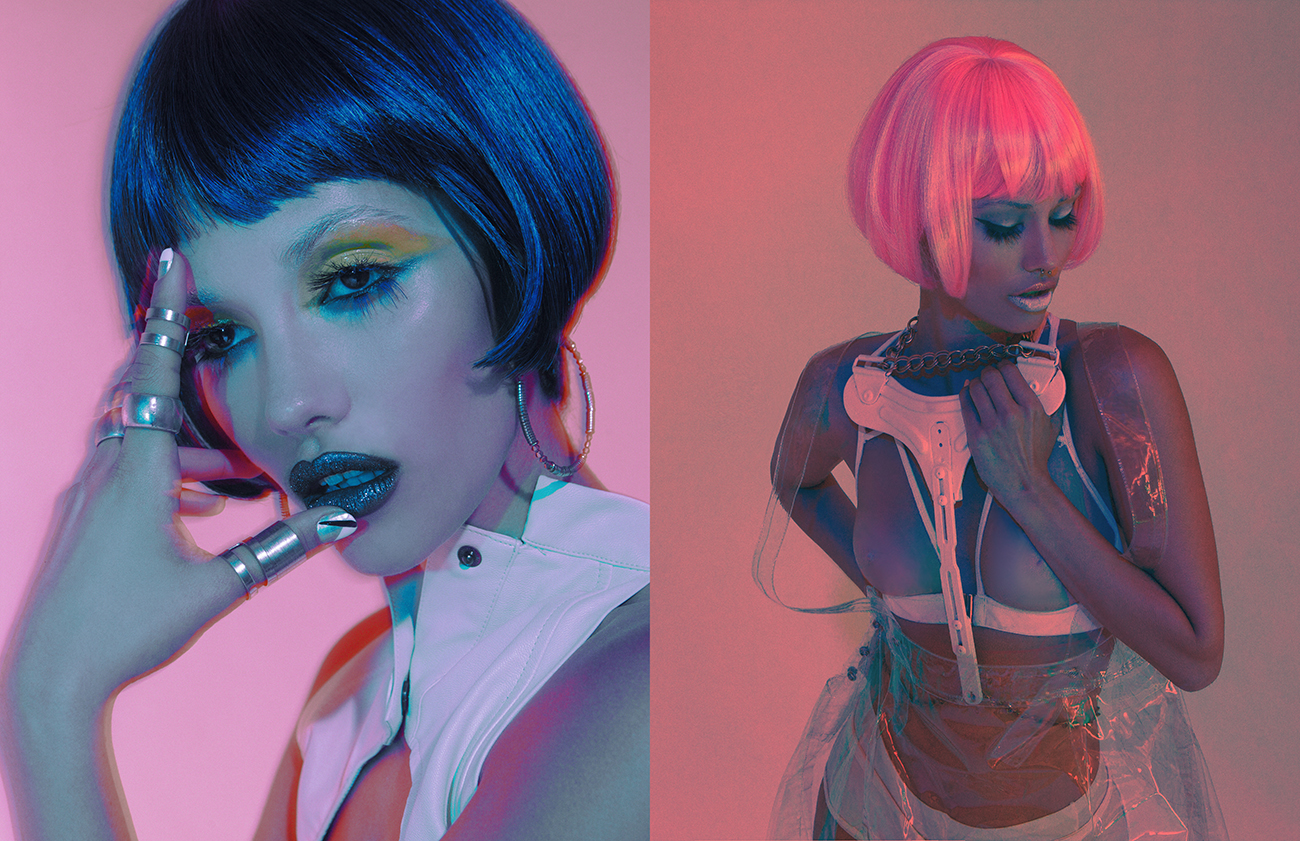 But while Aylsworth says his craft has evolved in ways that would make his childhood self “manically laugh in disbelief,” today he operates at a level he’s always strived for, yet he believes he’s at only the beginning of his journey. 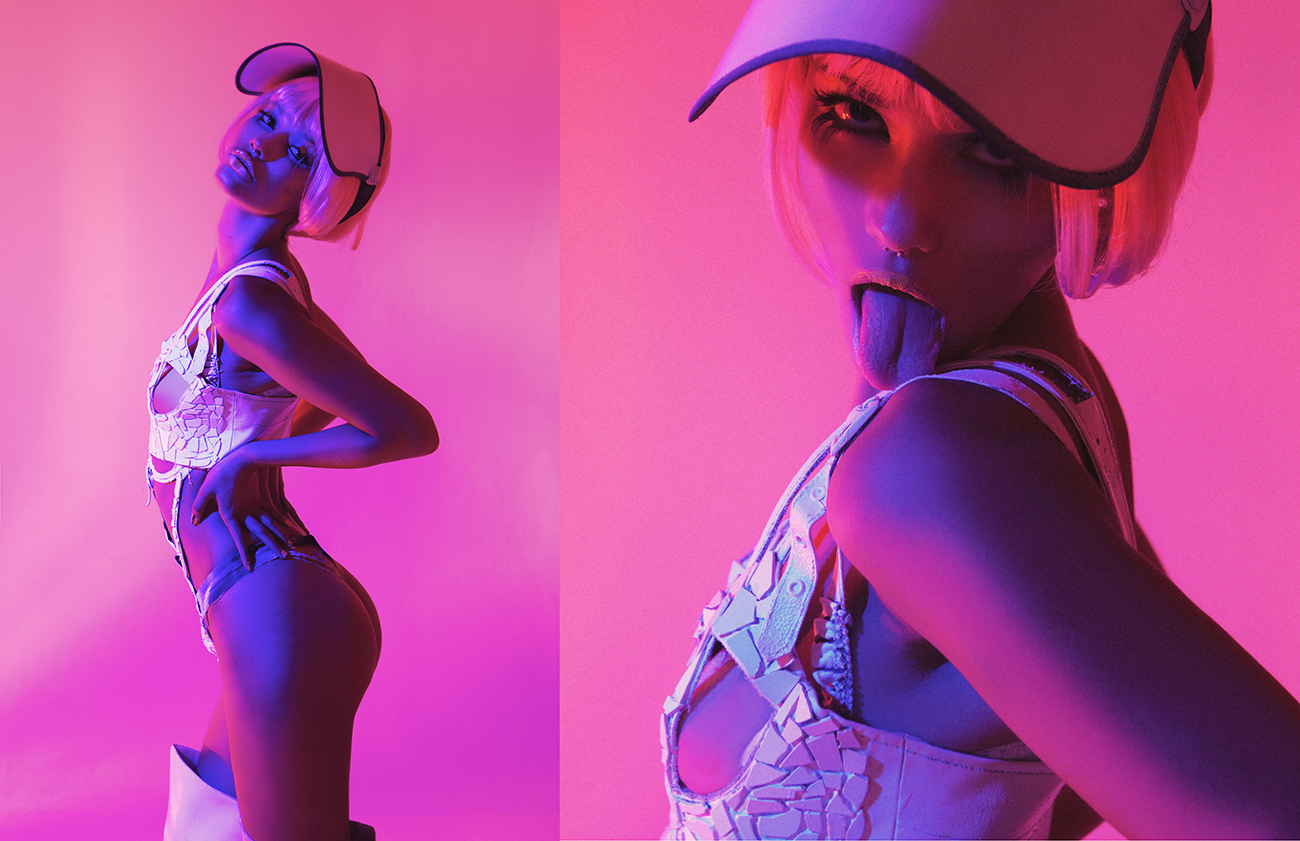 “‘Why’ is infinitely more important than ‘what’ or ‘how,'” Aylsworth adds. “Never ever try to emulate a style, hoping that you’re going to coincide with a trend and have your big break. Your big break happens when you make good work that makes you happy, and you couldn’t give a fuck about who it pleases or offends. Trying to blend in is a recipe for failure. Success is measured by how true you are to yourself in the end. Never be jealous of the success of others. Everyone works at their own special speed. Never allow yourself to think that you’ve reached the height of your learning. Get lost and learn things along the way. Find your ‘why,’ and everything else will follow.” For more of Aylsworth’s work, check out his Dripbook portfolio.